Family Bible of Thomas U. Gage and wife Dolly A. (French) Gage of New Hampshire. 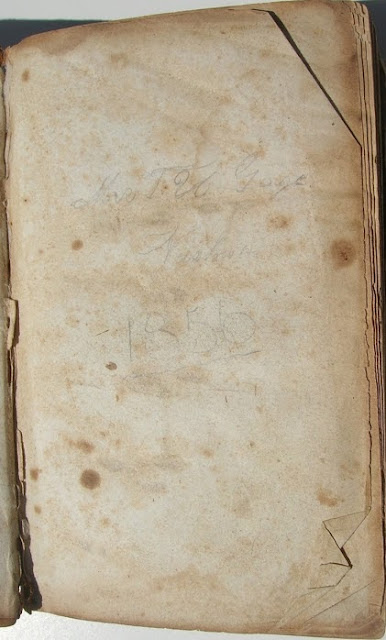 There's another end paper with the text: This is our old family Bible my Mother & Father, Edw. A. G. 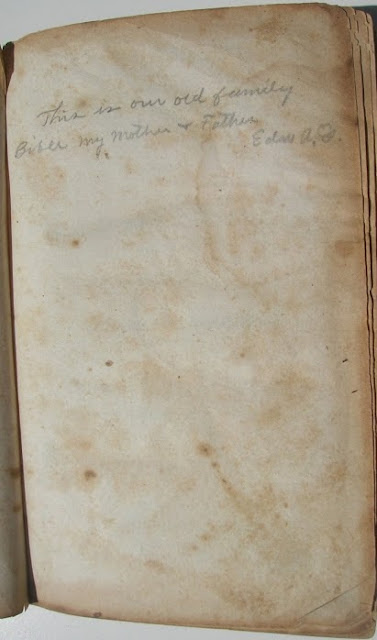 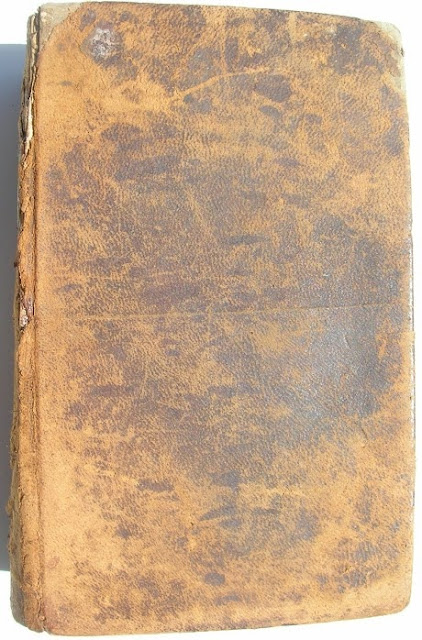 It doesn't have Family Record pages but someone has pasted in a page with information about Thomas, Dolly and their children. 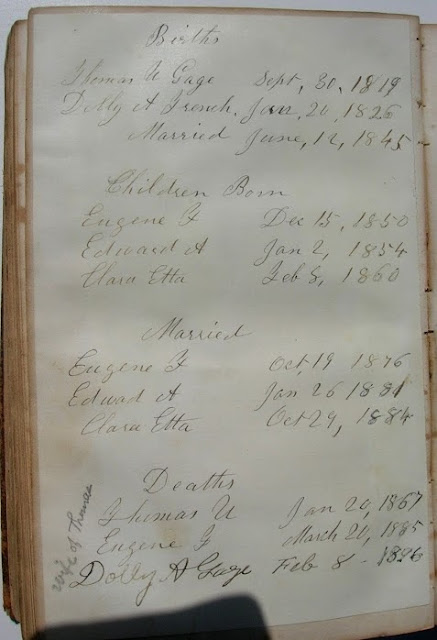 Eugene's full name was Eugene French Gage.  He married Ada Walker.  He died on 20 March 1885 at Nashua, New Hampshire.  According to his obituary below, he and Ada had no children.

Edward's full name was Edward Augustus Gage.  He married Addie Laura Webster, had three children with her, and died 9 March 1939 at Haverhill, Massachusetts.

Clara Etta Gage married Fred S. Neff on 29 October 1884 at Nashua, New Hampshire.  They had at least one child, a daughter Dolly, born in New Hampshire about 1887.  I don't have Clara's death date.  I know from Census records that the family had moved to Rhode Island at some point, but I don't know if they moved on from there or not.

The Bible contains the following clippings, which include the obituary of Dr. Eugene French Gage, as noted above; the obituary of Mrs. Sophronia Robie French, who was married to Phineas C. French, older brother of Dolly Adaline (French) Gage; and the obituary of Dolly's oldest brother Ebnenezer C. French. 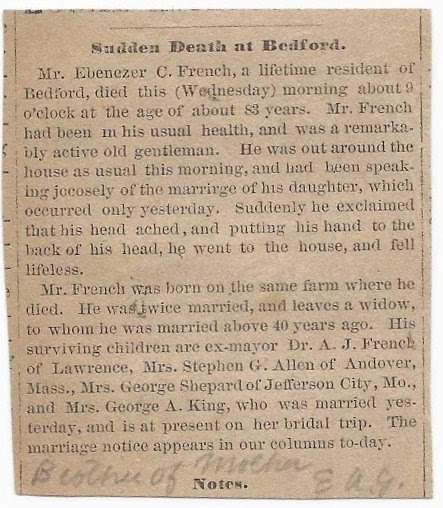 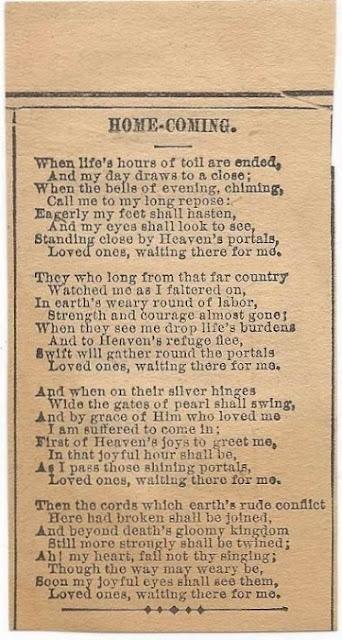 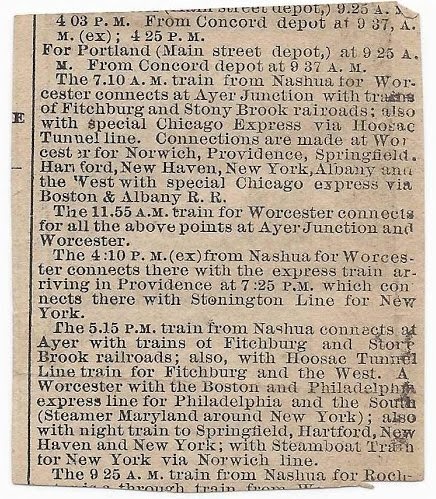 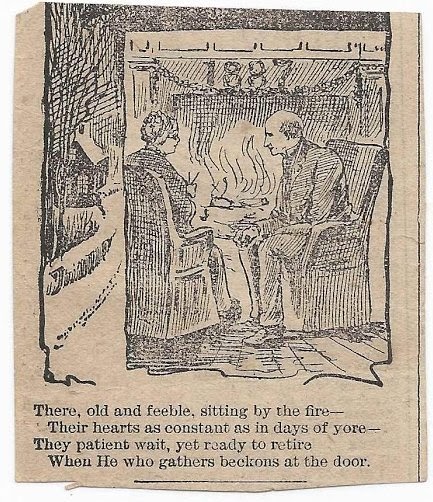 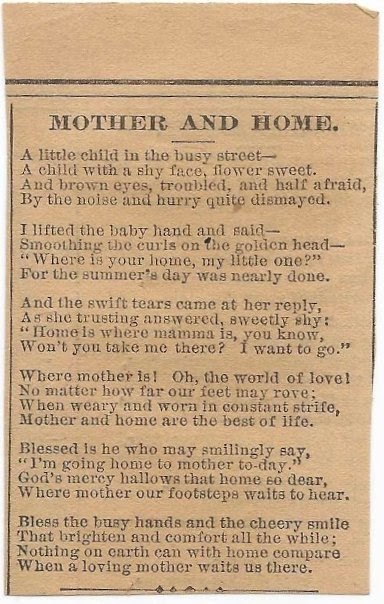