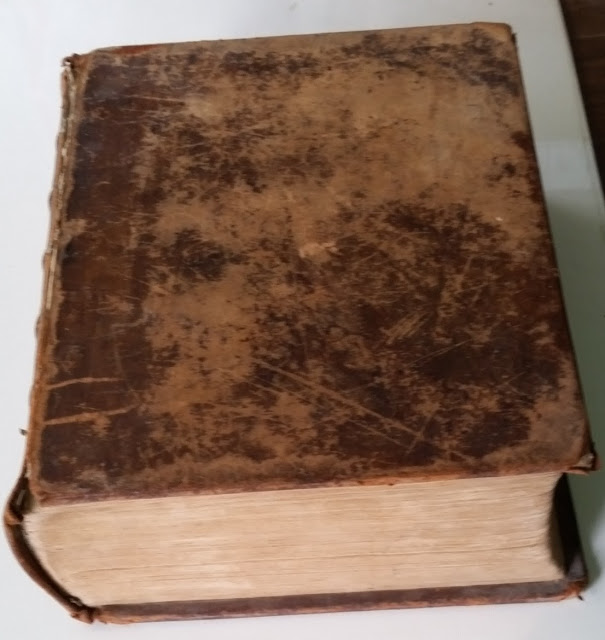 Daniel wrote his name as Daniel Tallman, Jr., but much of the unsourced information I found online gave his father as Jeremiah Tallman.  It's possible that Jeremiah was Daniel Jr.'s grandfather. 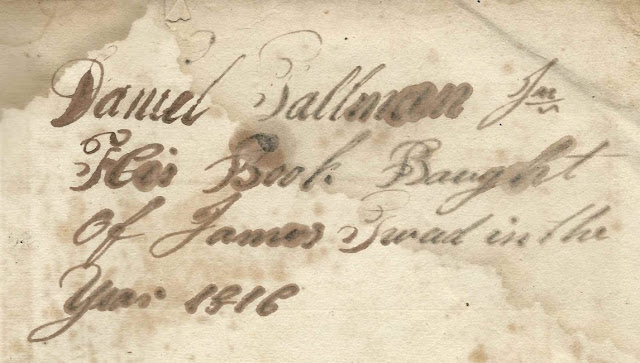 The Bible is approximately 11" x 9" x 4"; one of its covers has detached but is present.  It was printed in 1813 for Johnson and Warner, 147 Market Street, Philadelphia, Pennsylvania. 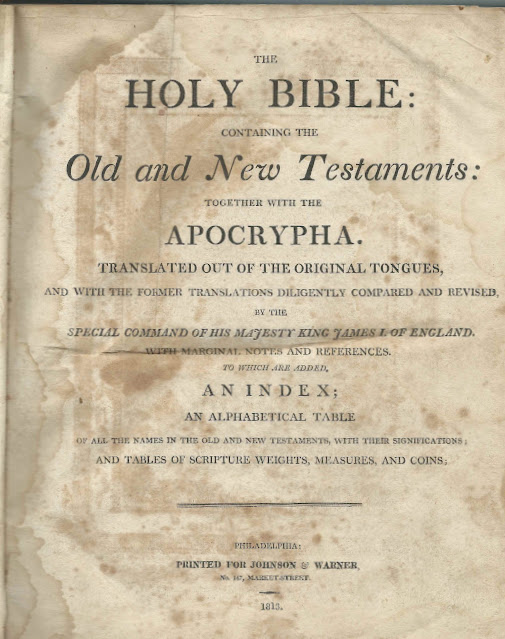 In addition to three completed Family Record pages [out of four total], the Bible contains a sheet, approximately 17" x 8",  published by the Muncy Luminary showing returns from the 1872 elections in Lycoming County, Pennsylvania, a pressed flower and a newspaper clipping.

There's handwriting on the reverse of the election returns that gives the death date of M. Tallman on October 12, 1872 [Matthew Tallman, whose death date is shown on the Deaths page below], shown farther below.  The side of the sheet with the returns is discussed in another future post. 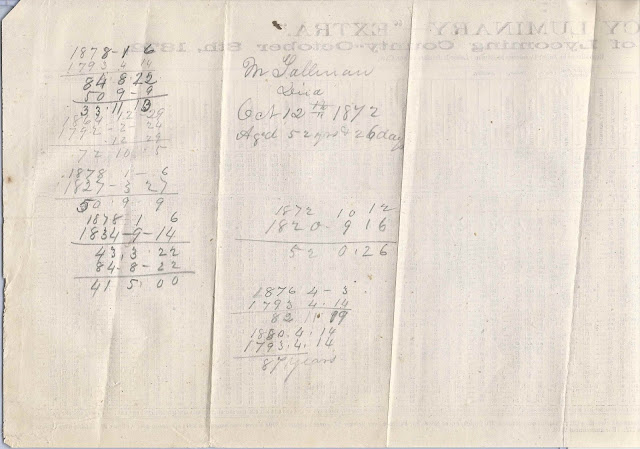 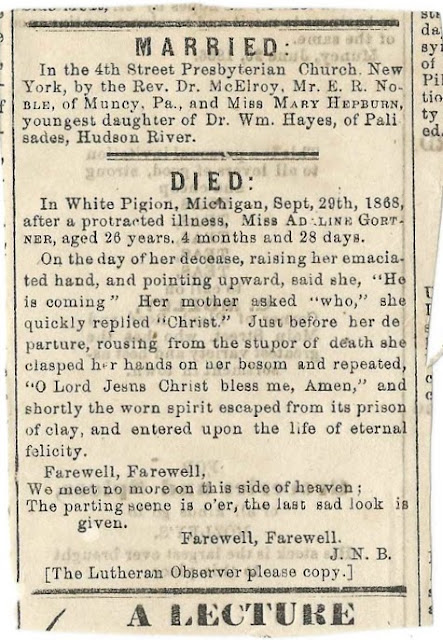 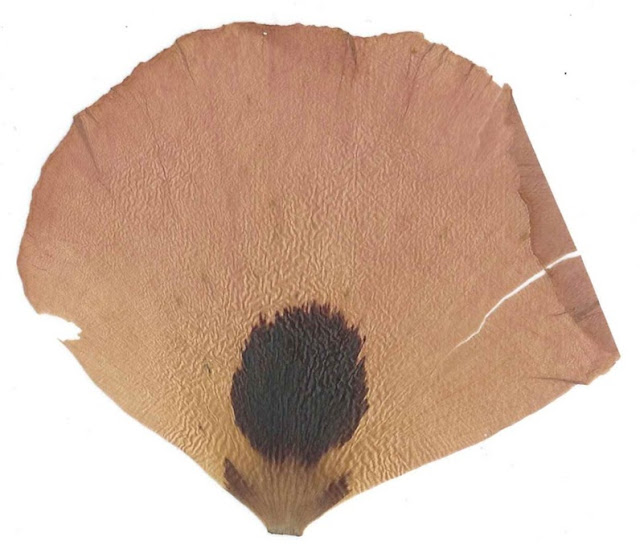 The Marriages page is unmarked. 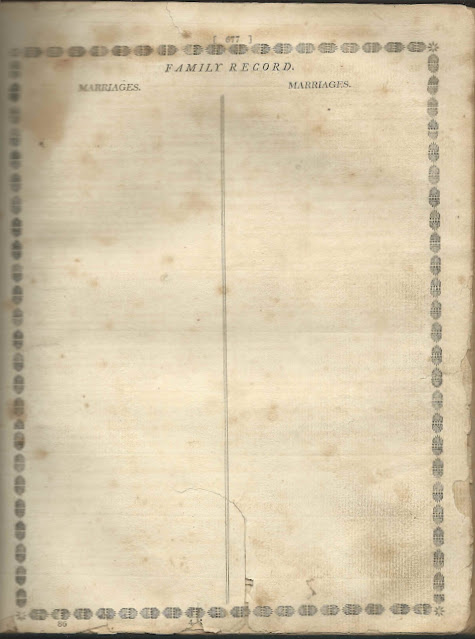 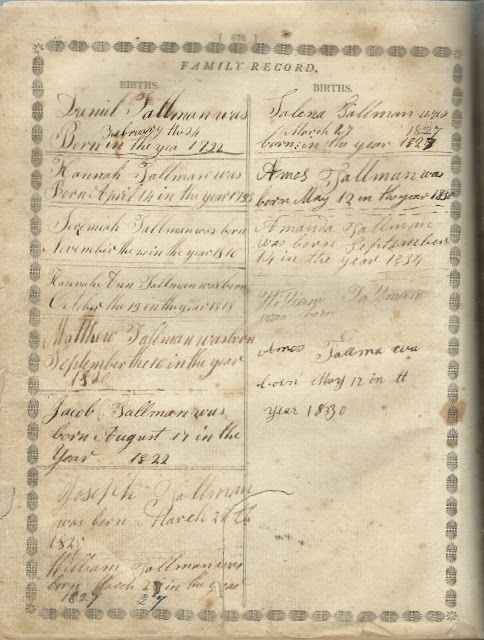 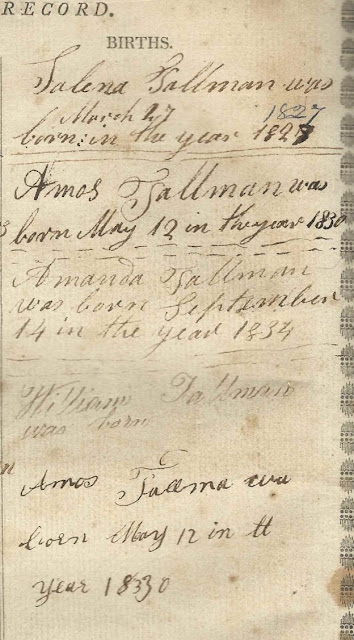 "History of Lycoming County, Pennsylvania", edited by John Franklin Meginness in 1892, mentions another daughter, Eliza, between Salena [shown in the history as Salana] and Amos.

The Deaths portion of the Births and Deaths page: 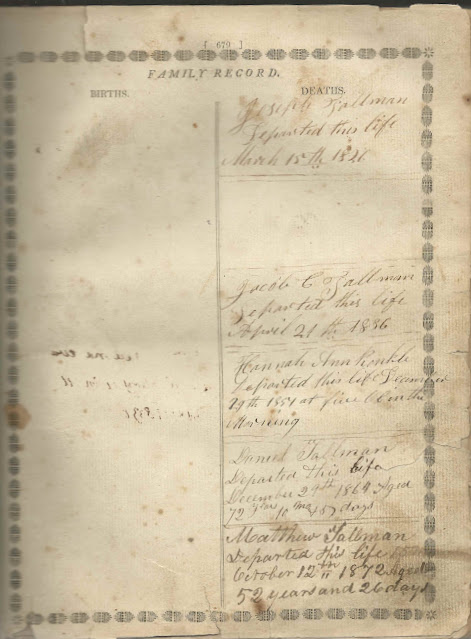 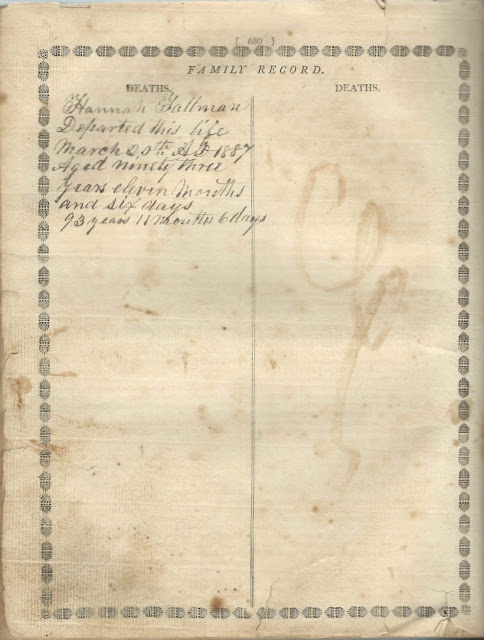 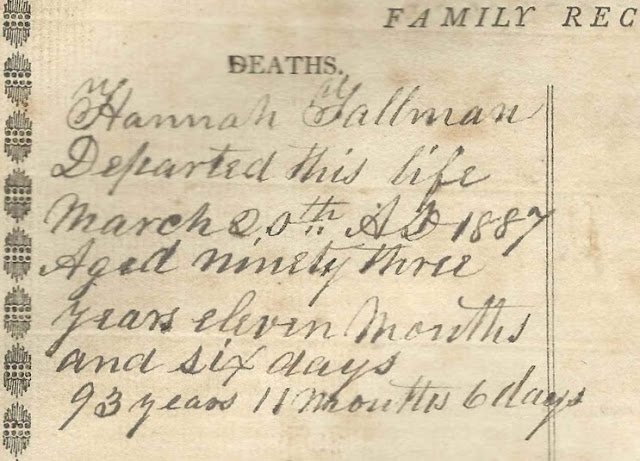 Daniel Tallman was born February 24, 1792 in Lycoming County, Pennsylvania.  Most unsourced online references have Daniel as the son of Jeremiah and Susan (possibly Mansfield) Tallman.  However, his parents may have been Jeremiah's son Daniel and wife Deborah, which would explain what looks like "Daniel Tallman Jr." in the second image shown.

Though the Marriages page is blank, but I believe Daniel and Hannah (Clayton) Tallman were married about 1815.   Hannah was born April 14, 1793 in Jerseytown, Pennsylvania, the daughter of Jacob and Hannah (Miller) Clayton. 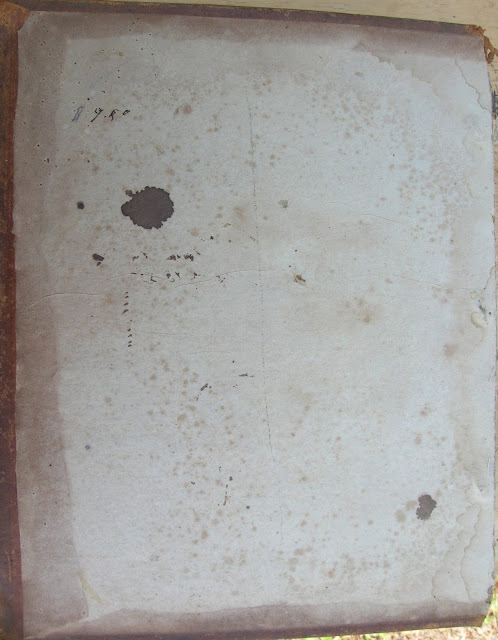 Posted by Pam Beveridge at 3:50 PM