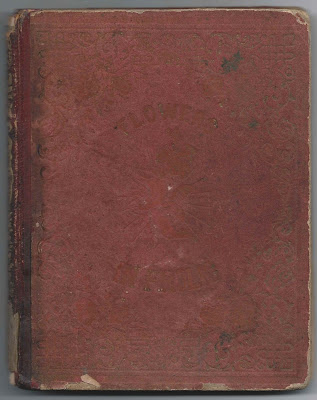 [Note of June 23, 2014:  Please scroll down to the comments section for more information on Maria Anderson True, her husband Charles Alfred Day and their son Chester Morrill Day.] 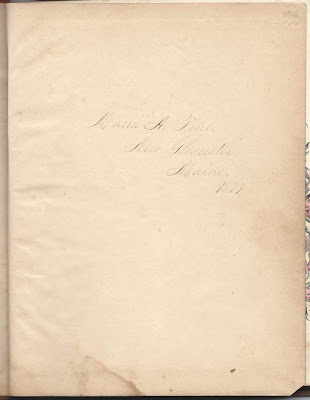 The album, which measures approximately 7-3/4" x 6", is entitled "Flowers in Frolic" and features four hand-painted lithographs by the noted lithographer Fanny Flora Bond Palmer, who had emigrated to New York from England.  One of the lithographs originally in the album is missing: Pomegranate Foolishness.

The reverse of the page signed by Maria herself has the inscription: Sophia Hamlin, Maine, 1854.  Sophia may have been the original owner of the album, but didn't use it herself to collect autographs. 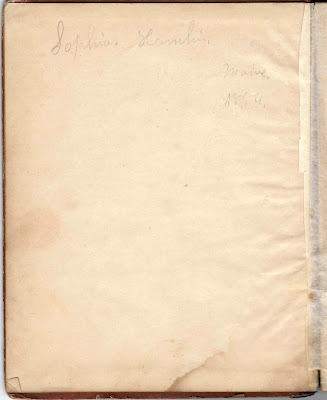 From online research, I found that the album dates to the 1844-1855 era when the album's printer, John C. Riker was in business at 129 Fulton Street, New York, and Fanny Flora Bond Palmer and her husband Edmund Seymour Palmer were in business as F & S Palmer at 34 Ann Street in New York City.


The lithograph below appears to be the title page, with the text Riker, 129 Fulton St., N.Y at the bottom margin.   The illustration itself has the address 34 Ann St.  The four other lithographs, interspersed throughout the album, also show F. &  S. Palmer's Lith.

Researching online, I found a description of this very album here and here.   I bought the album for its Maine provenance but it seems it's a very valuable album on its own merits.  See the four additional lithographs at the end of this post. 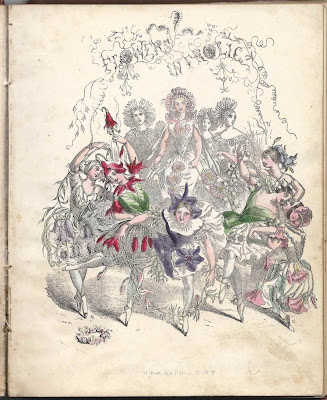 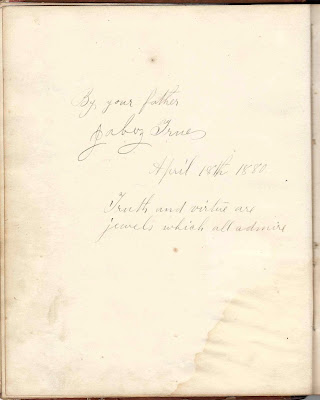 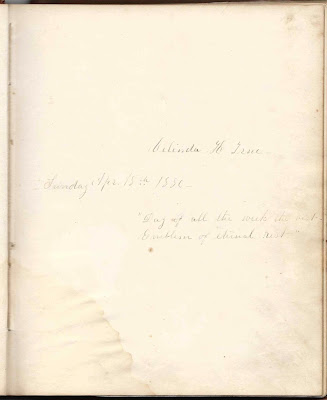 Maria had at least three siblings, two older sisters and an older brother, who all signed pages in her album.  The page her brother Joseph signed came from a different album and was apparently inserted into this one. 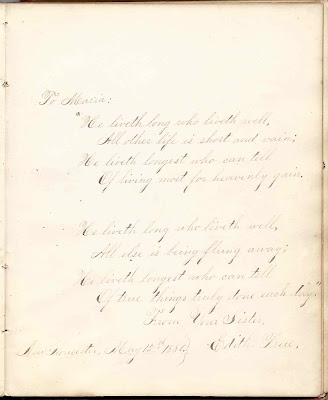 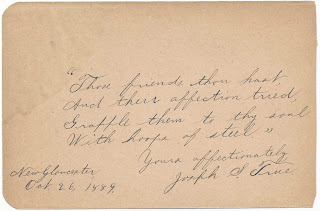 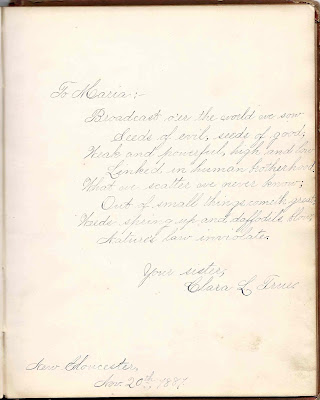 Charles' parents were born at Carmel, Maine.  At some point, Hannah's family moved to the New Gloucester, Maine, area. Several people named Nevens signed pages in Maria's album, as you can see in the list below. 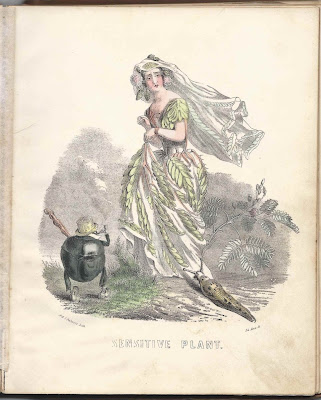 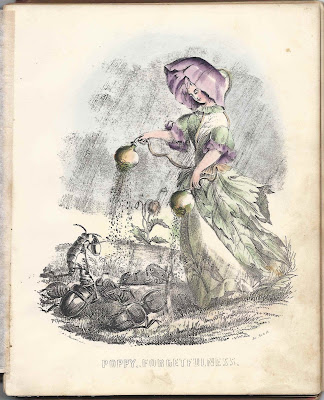 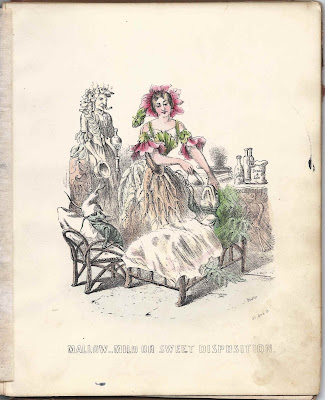