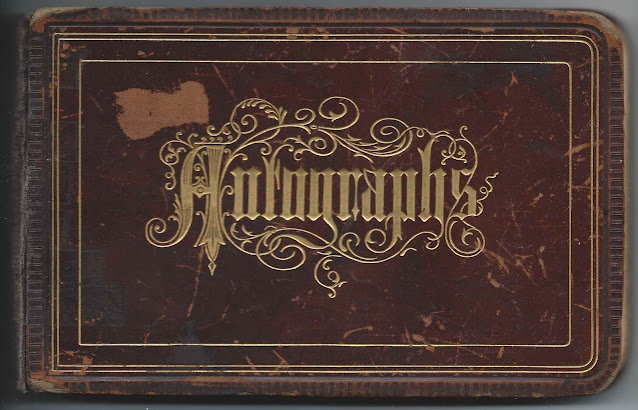 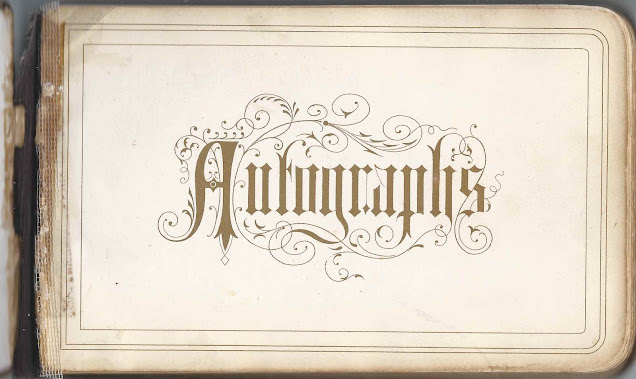 The album is approximately 7-1/4" x 5" and contains 59 pages signed by Mary Evelyn Gantz herself and her relatives and friends.  Many are inscribed to "Mamie".  An alphabetical list of the signers appears at the end of this post. 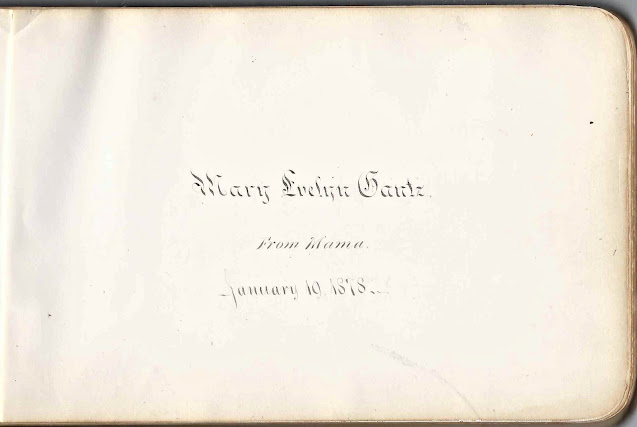 Mary Evelyn Gantz was born about 1860 in New York, the daughter of John Williams Gantz and Virginia H. (Crocker) Gantz.

By the time of the 1870 Census, John Williams Gantz had died, and Virginia had moved the family to Pottstown, Pennsylvania.

By 1880 Mamie and her sister Elizabeth were living in the New York City household of Silas Sadler Packard, who had married Mamie's maternal aunt Marion Helena Crocker.

At some point after that, she moved to Brooklyn, New York, where she's listed in the 1910 and 1920 Censuses. 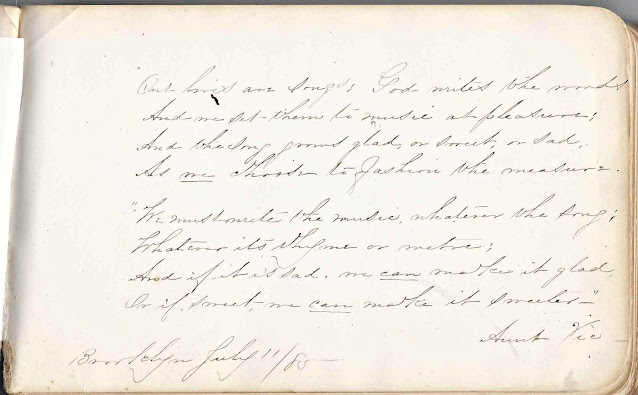 It's possible that the Uncle Ben who signed the page, shown below, at Rye, New York, in 1882, was Aunt Vic's husband Benjamin Henry Loder. 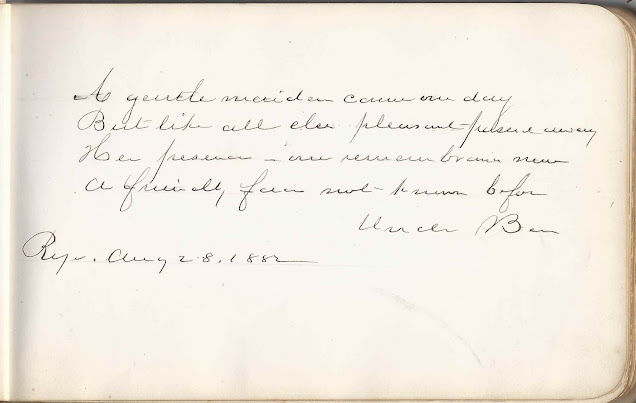 Two of the children of Aunt Vic and Uncle Ben signed pages as well.  Mabel Church Loder signed a page at Brooklyn, New York, in 1886. 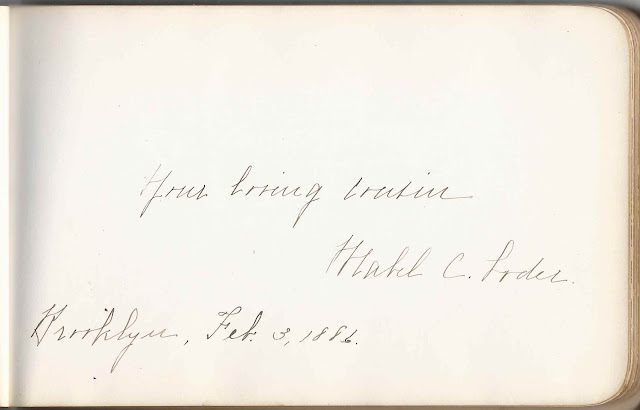 Their daughter Marion Loder signed a page at Brooklyn, New York, in 1882. 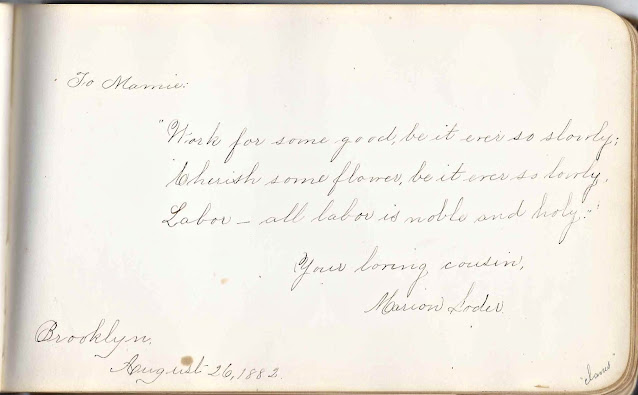 The page below signed by Aunt Anna at Brooklyn, New York, may have been signed by Anna Rebecca Ringgold (Gantz), who married Henry B. Cleveland. 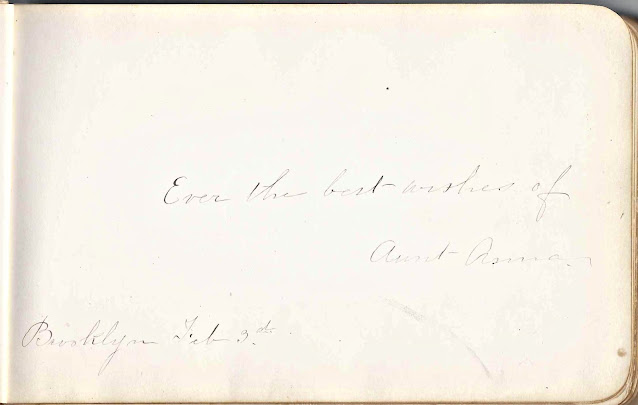 The page below signed by Uncle Harry at Brooklyn, New York, in 1885, may have been signed by Aunt Anna's husband Henry B. Cleveland. 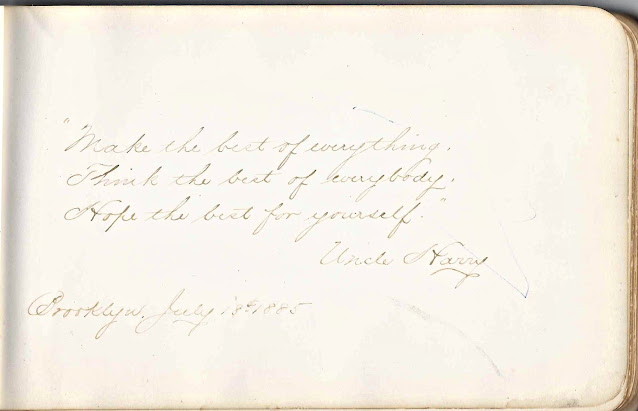 An Aunt Kate signed a page at Brooklyn, New York in 1886. 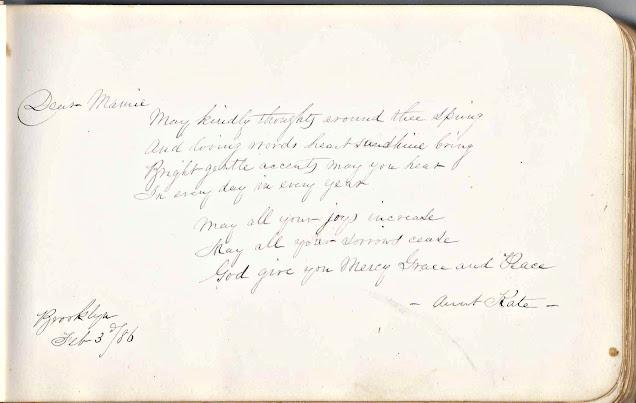 An Uncle Silas signed a page signed a page at Philadelphia, Pennsylvania in 1878.  He was Silas Sadler Packard, who married Mamie's maternal aunt Marion Helena Crocker.  Another page has a transcript of his thoughts taped to it. 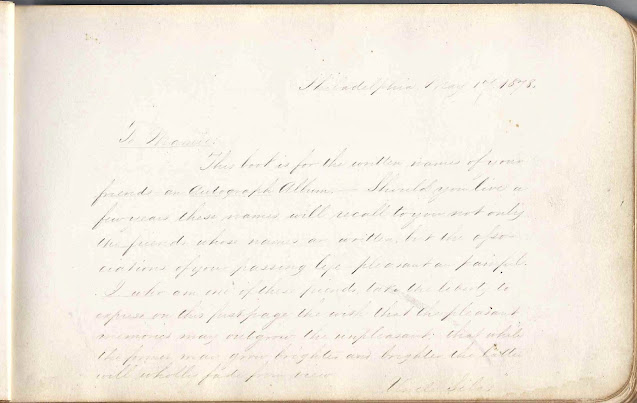 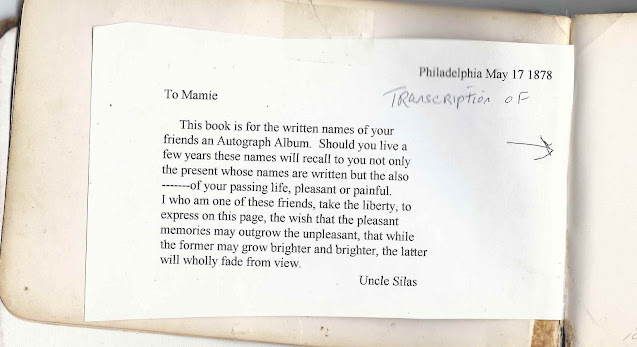 Uncle W. H. Crocker signed a page in 1878.  He was William Henry Crocker, a brother of Mamie's mother Virginia H. (Crocker) Gantz.  He died less than two years after signing this page. 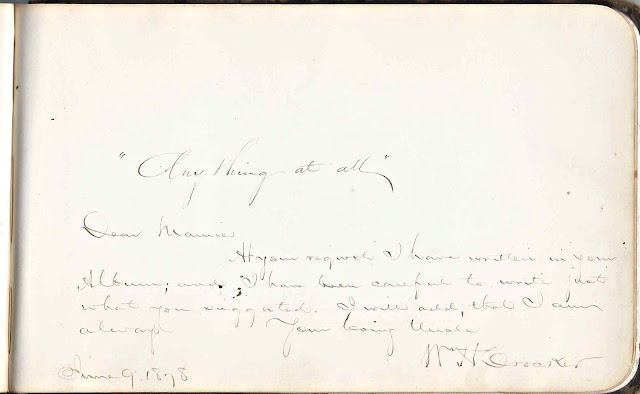 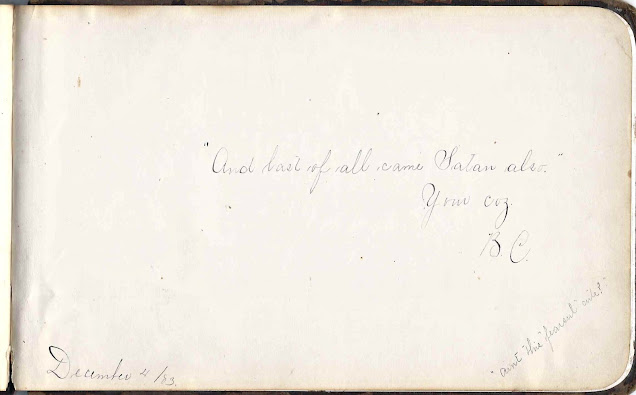 If you have corrections to the information above or information on the Gantz and Crocker families, or any of the signers in the list below, please leave a comment or contact me directly.  Thanks!

Alphabetical list of inscribers [Note: Given names within a specific surname may not be in alpha order.] 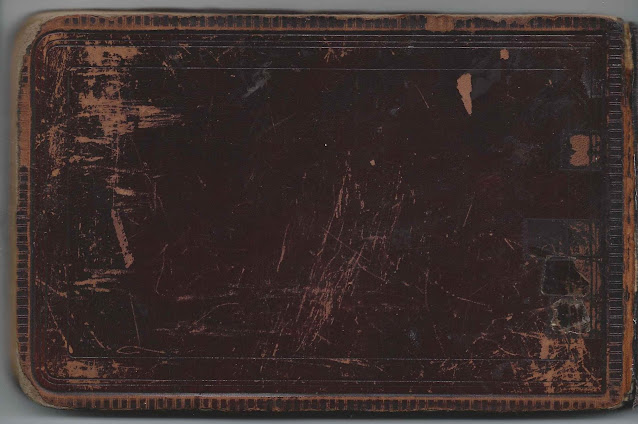