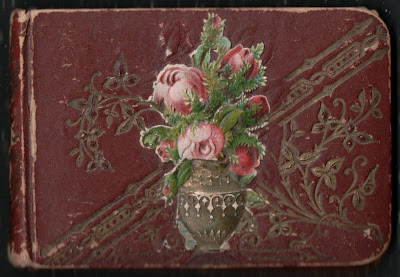 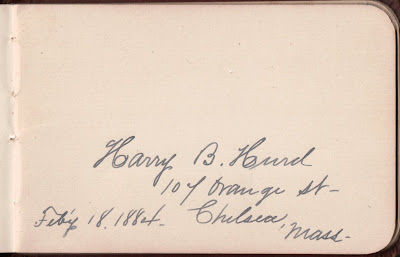 The album is approximately 3-1/2" x 2-1/4" and contains 23 pages signed by Harry, his relatives and friends.  A complete list of the signers appears at the bottom of this post. 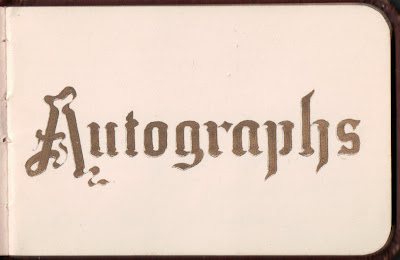 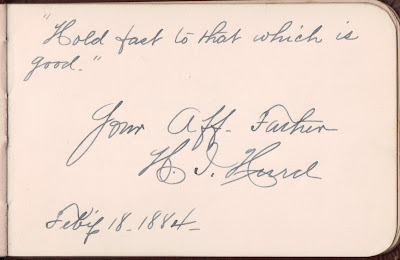 Harry's older brother Charles Herbert Hurd, who was born 22 January 1875 at Pittsfield, New Hampshire, signed a page in the album in 1885. 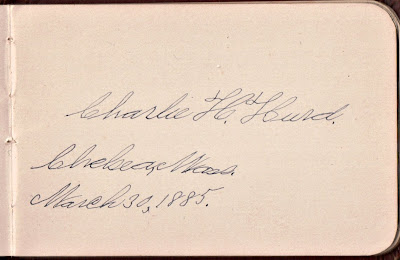 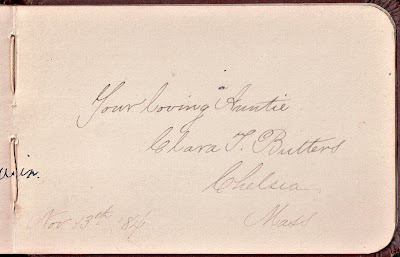 Three of Harry's cousins signed pages in his album.  Gusta J. Berry signed a page in 1885.  She was Augusta J. Berry, daughter of Elwin and Emma J. (Hurd) Berry.  Emma J. was a full sister to Harry's father Herbert I. Hurd. 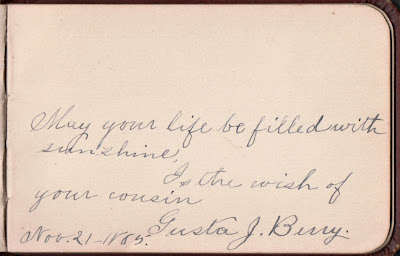 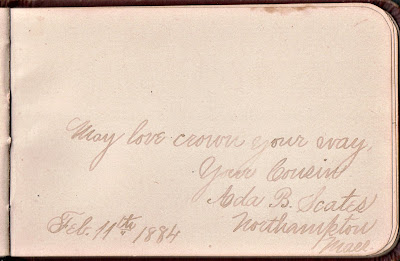 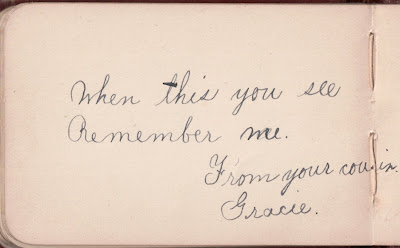 Complete list of signers, in alphabetical order by surname [given names within a particular surname may not be in alpha order]

If you have corrections to the information above or information about the Hurd and Butters families or any of the signers, please leave a comment or contact me directly.

Posted by Pam Beveridge at 5:13 PM