1853 Letter written by George Burton Dyer of Eastport, Maine; would rise from Private to Colonel in Civil War 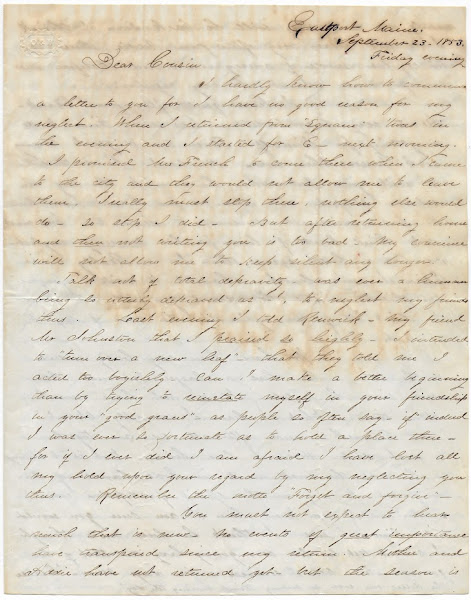 This post also appears on the Border Historical Society blog, based in and around Eastport, Maine.
Letter written on September 23, 1853 in Eastport, Maine, by George Burton Dyer (1835-1913) to his cousin.
Dyer would enlist in Company B of the 9th Regiment of the Maine Volunteer Infantry in September of 1862 and rise through the ranks to eventual promotion as  Colonel in March of 1865. 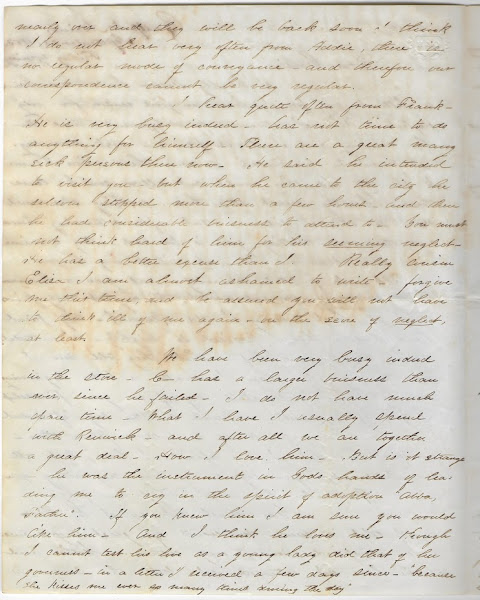 The letter begins with a long apology about the tardiness of his reply and goes on to mentions his doings, those of his mother, his brother "Frank", his sister "Abbie" and C., who is presumably brother Charles.
They were:
George also mentions the French family, presumably in Eastport, Maine, and a friend, Renwick, possibly Renwick Johnston. Renwick may have been a first name or middle name or nickname. 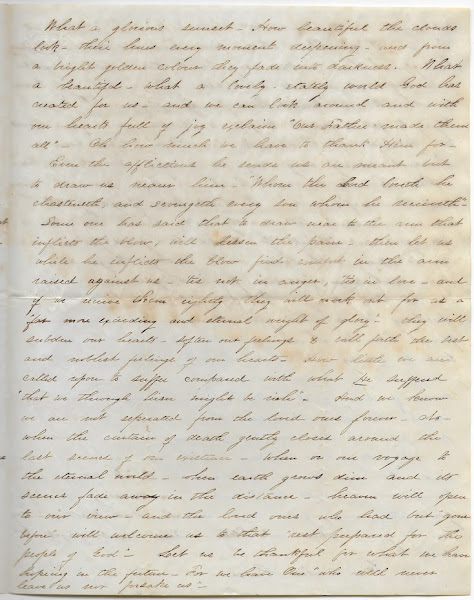 George opines about becoming a physician, like his brother "Frank", or a minister, two vocations that offer the possibility of doing good work.  Whether he pursued either of these for a time or not, I don't know, but he operated a furniture store in Boston, Massachusetts, after the Civil War until his retirement at some point between the 1900 and 1910 Censuses.
In 1868 at Boston, Massachusetts, he married Sophia Carey Gould (1836-1876). In 1870, they were living in the household of George's brother Jonah Franklin Dyer. Sophia died in 1876, apparently in childbirth, and is buried in the Mount Auburn Cemetery in Cambridge, Massachusetts.
George's sister Addie was living with him and others at the time of the 1900 and 1910 Censuses. George died in 1913 and is buried in Eastport, Maine. 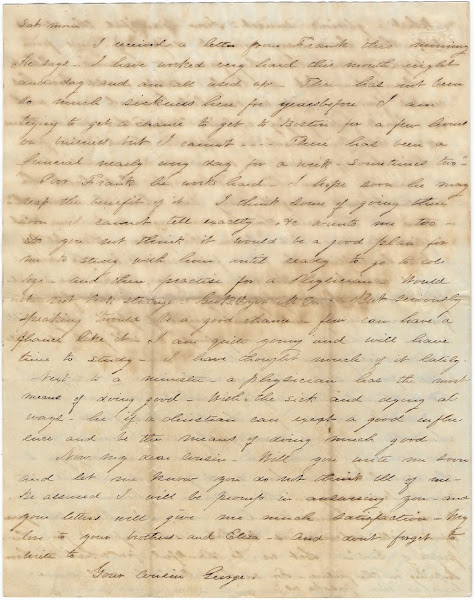