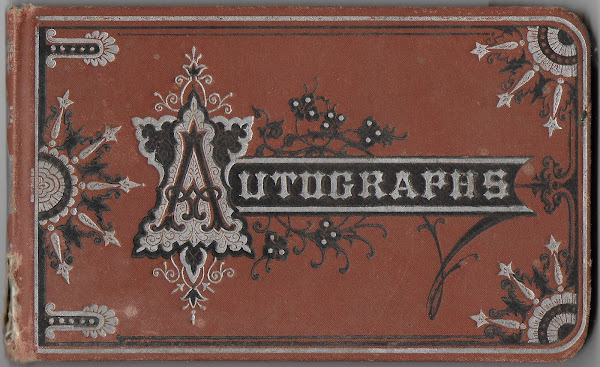 1877-1899 autograph album kept by someone in Jay, Maine, possibly a male and possibly born in the 1850s/1860s era.
Several inscribers specified North Jay, Maine, and that may be the part of town where the owner resided.  One inscriber, whose page is shown below, quoted a line about taking a wife; hence, the owner may possibly have been male. 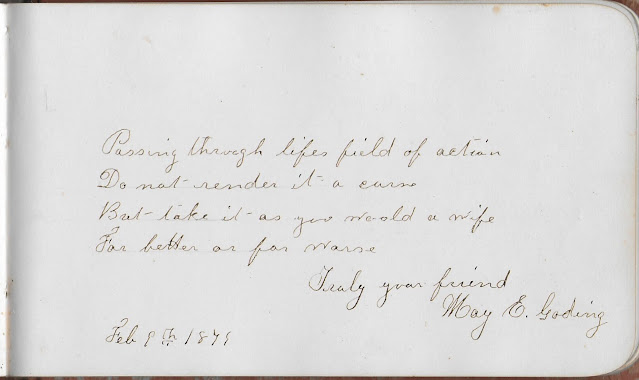 May E. Goding
The album, which measures approximately 7" by 4-1/4", contains the sentiments of 24 people, none of whom mentioned a family relationship or dedicated the page to a name, which would have provided a clue as to the owner's identity.  An alphabetical list of the inscribers appears at the end of this post.
Surnames in the Album 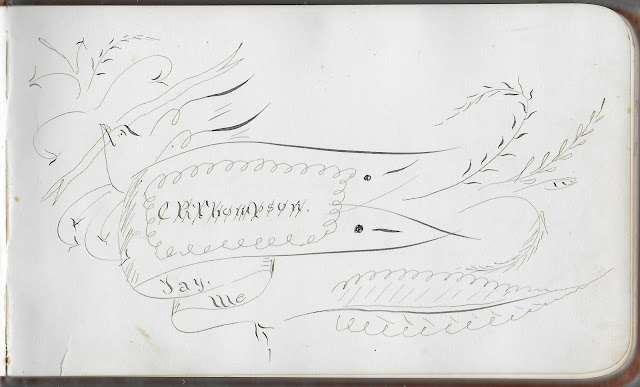