March 1915 Issue of "The Anchor" of Anson Academy at North Anson, Maine; Belonged to a Hunnewell 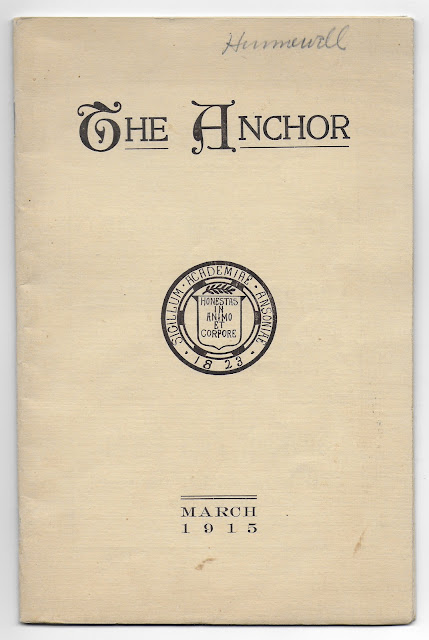 March 1915 Issue of "The Anchor" of Anson Academy at North Anson, Maine.  The handwritten name "Hunnewell" appears at the top of the front cover.

Approximately 9-1/4" by 6", with 23 pages of text and 21 pages of advertisements.  Images of all of the pages appear at the end of this post. 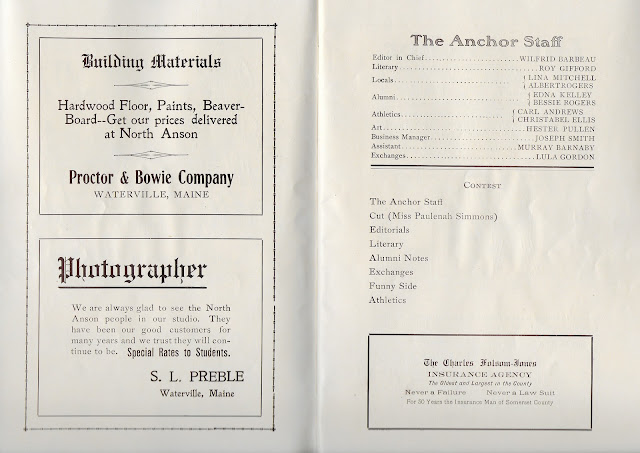 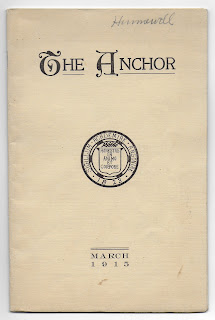 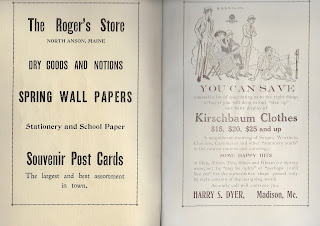 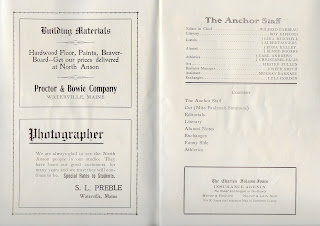 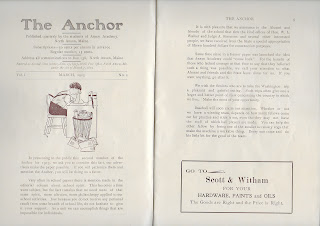 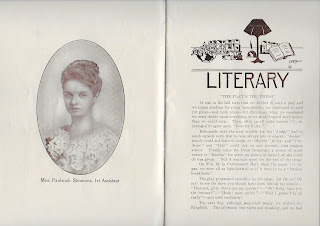 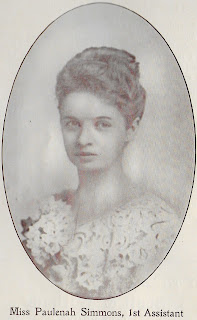 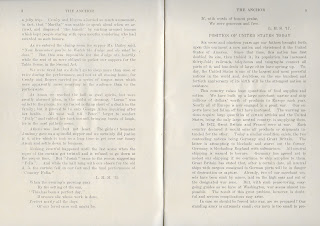 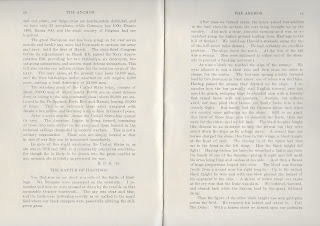 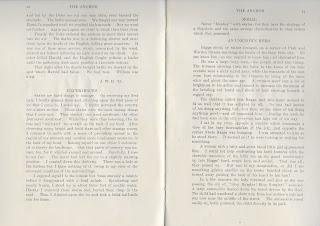 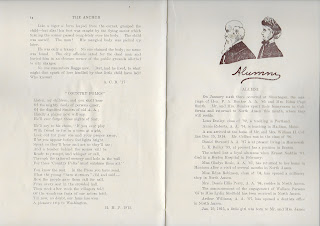 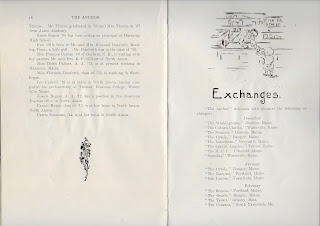 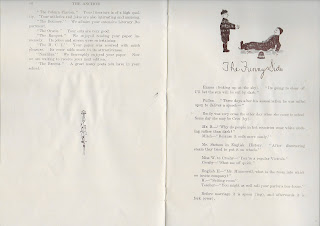 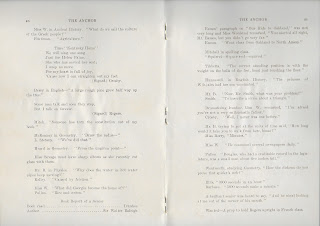 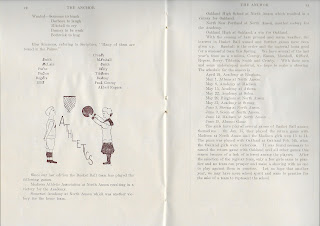 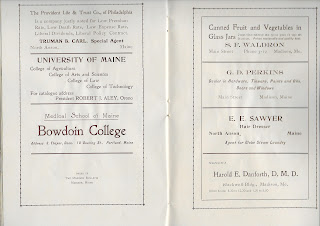 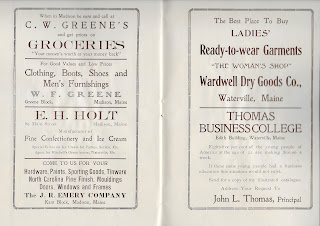 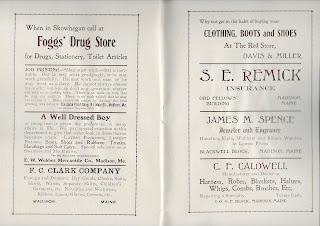 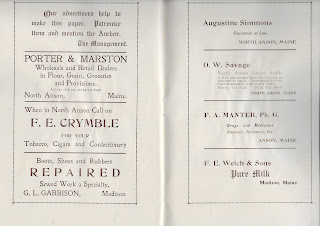 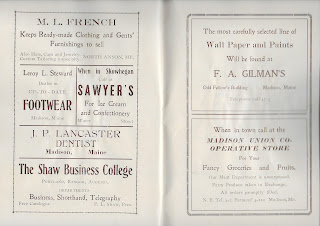 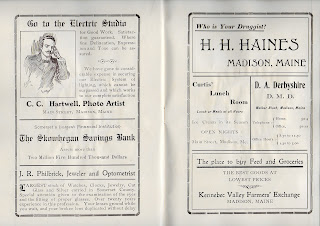 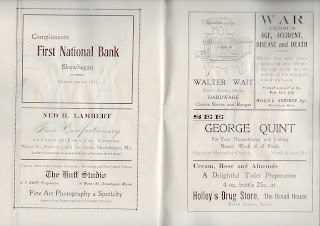 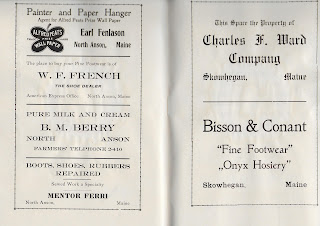 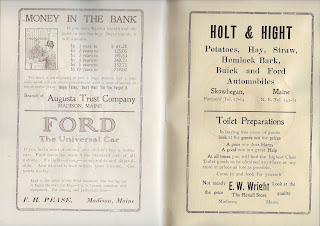 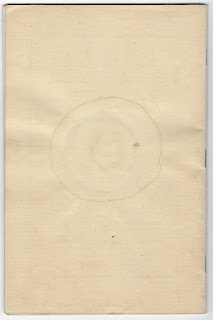