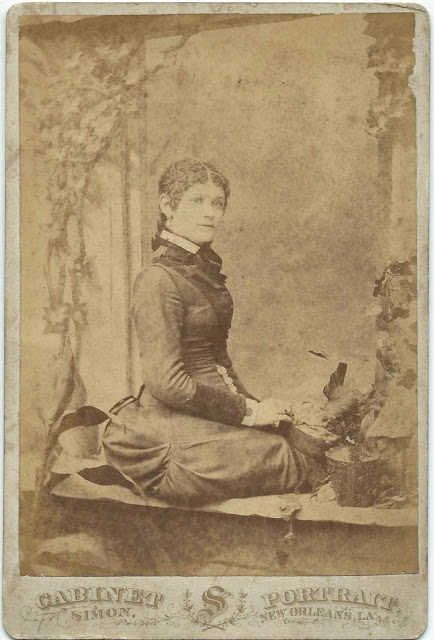 Out of a large collection of photographs are three from the same era in New Orleans.  They may or may not have a relationship; if so, hopefully a reader can tease it out.

The photographs: (others shown farther below)
Interestingly, there was a Robert Causse (1830-1916) living in New Orleans with wife Agnes D. (Hogarth) Causse and a daughter Agnes, who would be about the age of Aggie and Sarah.  Robert Causse was a native of South Carolina.

If you recognize the names or partial names and can provide a further identity, and especially if you can draw a connection between the photographs, please leave a comment. 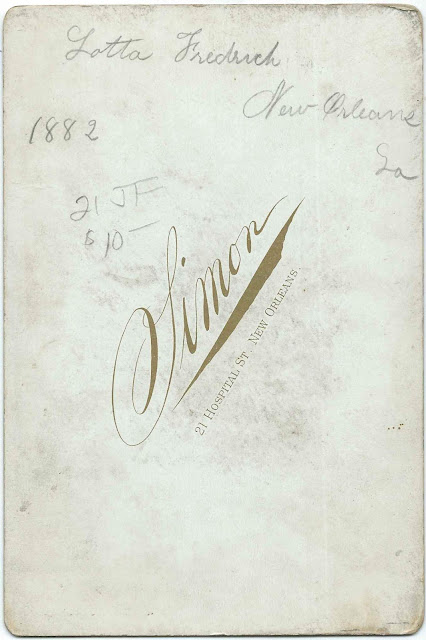 Reverse of 1882 photograph of Lotta Fredrich 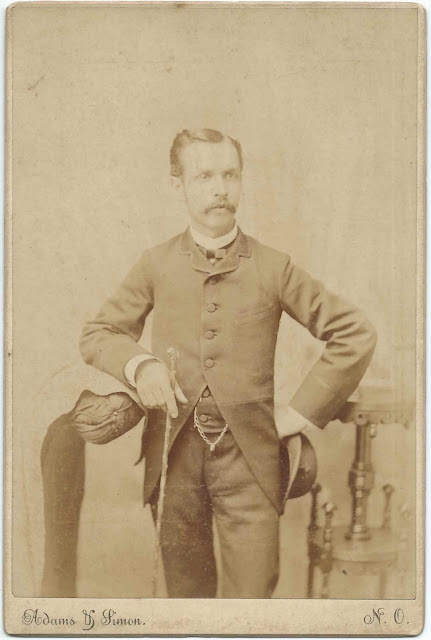 1884 cabinet photograph of Robert Cause - not sure of surname 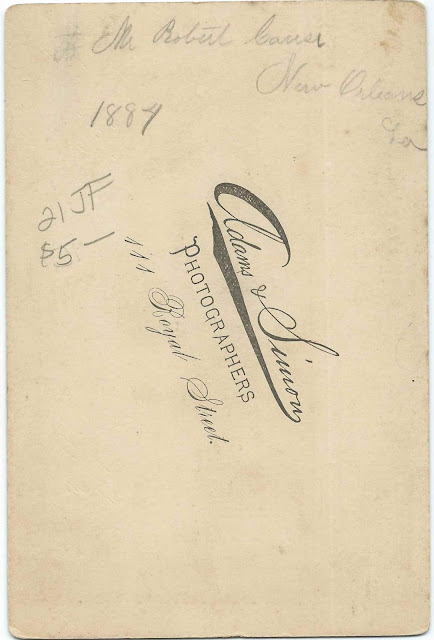 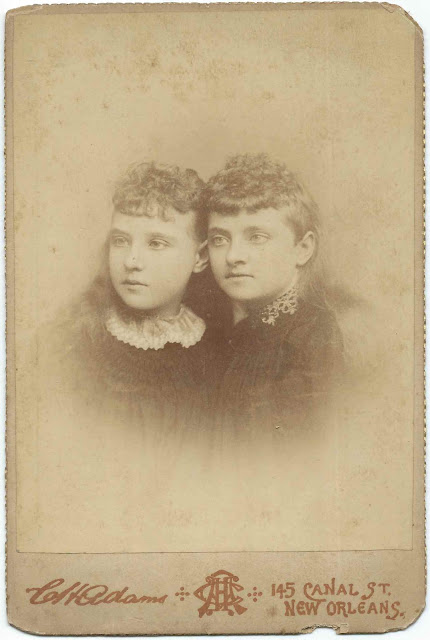 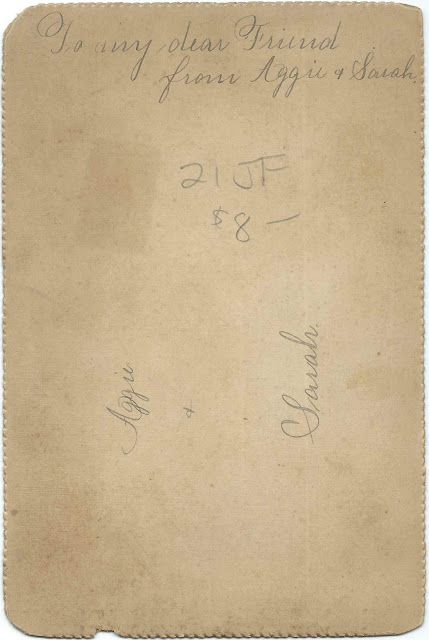