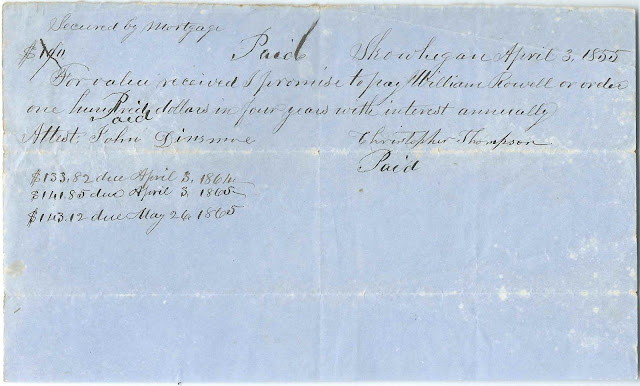 Document dated April 3, 1855 at Skowhegan, Maine, where Christopher Thompson promises to pay William Rowell $100 in four years with interest annually - the note to be secured by mortgage.  The document was attested to by John Dinsmore.

Figuring on the document shows payment due dates of up to May 26, 1865, so the obligation apparently ran over the time limit but presumably with no repercussions other than the accrual of additional interest.

The presence of the word "Paid" in two places would seem to indicate that the note was eventually paid off. 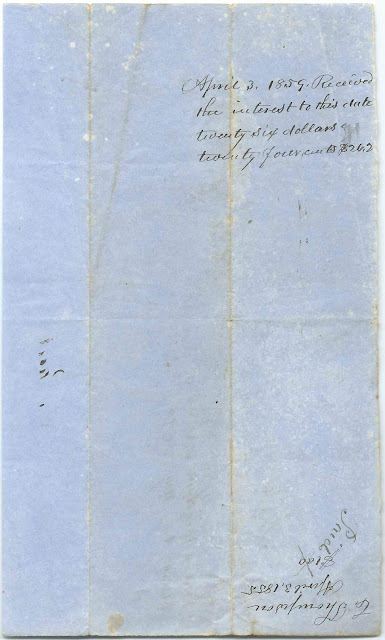 Names on the document:

If you have information that will identify any of these three men, please leave a comment or contact me directly.