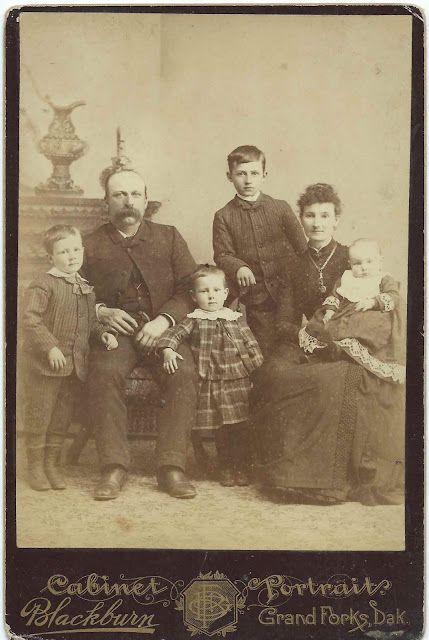 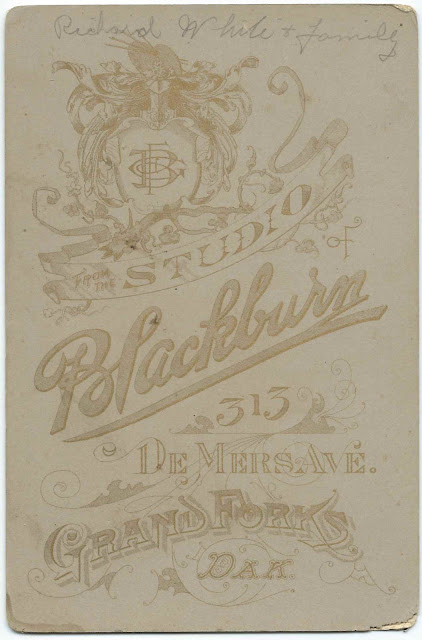 If you recognize this family from your own family heirlooms or research, please leave a comment or contact me directly.

The White family presumably lived in the Grand Forks, North Dakota, area or were visiting.  The map below shows 313 DeMers Avenue, where the Blackburn studio was once located.