Photograph of Marian (Ireland) Gowell and Children; by Spurling Studio of Dover, Maine 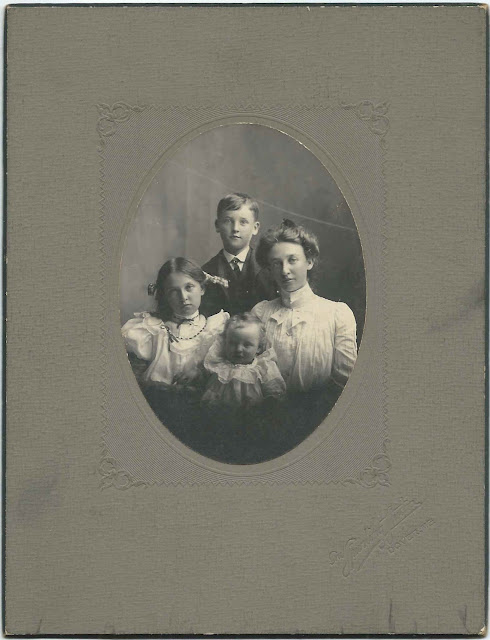 Photograph of a woman identified on the reverse as Marian (Ireland) Gowell and her three children.

The photograph was taken by the Spurling Studio of Dover, Maine, presumably before 1922 when Dover merged with Foxcroft to become Dover-Foxcroft. 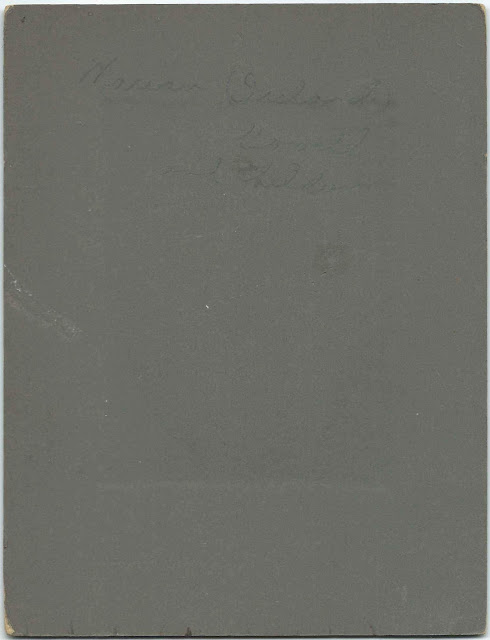 Marion and Howard had a son Carl Ireland Gowell (1914-1998) and a daughter Ethelyn Elizabeth Gowell (1917-1949), both born at Belgrade, Maine.  I fear the third child did not survive to adulthood as the 1930 Census shows just Howard, Marion and the two children Carl and Ethelyn.

If you have information on the Ireland and/or Gowell families, please leave a comment or contact me directly.