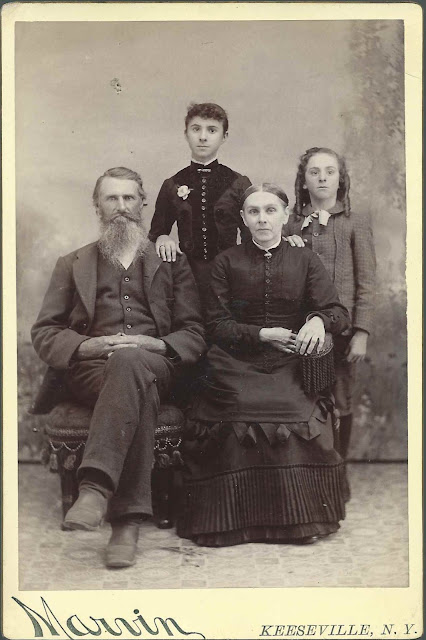 Note:  See another post with a photograph that has the name J. D. Bennett on the reverse, whether identifying the man or stipulating to whom the photograph was to be given, I don't know.  That photograph was taken by a Plattsburgh, New York studio; they appear to be relatives, if not the same man at different stages of life.

As you can see below, the name J. D. Bennett appears on the reverse; whether this is the family of J. D. Bennett or if J. D. was the person to whom the photograph was to be given, I don't know.  Some online sources mention that Jefferson D. Bennett, son of Garrett Bennett and Orpha (Jeffers) Bennett, did not marry or have children.

This man may have been Jeffers D. Bennett, son of Jefferson's brother Hialmer Bennett and wife Lucy Ann Gilman.  If Jeffers D. Bennett, he was the husband of Mary Eliza Parsons, with whom he had at least three children.  If they are the couple who appear in this photograph, perhaps it was taken before the third child was born. 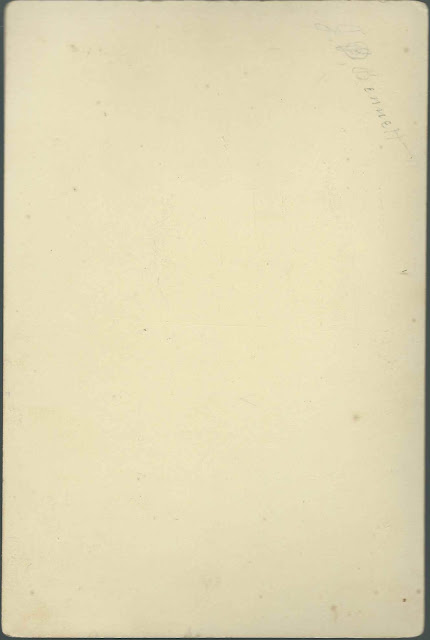 The young woman in the Carte de Visite bears a family resemblance to the people in the photograph. 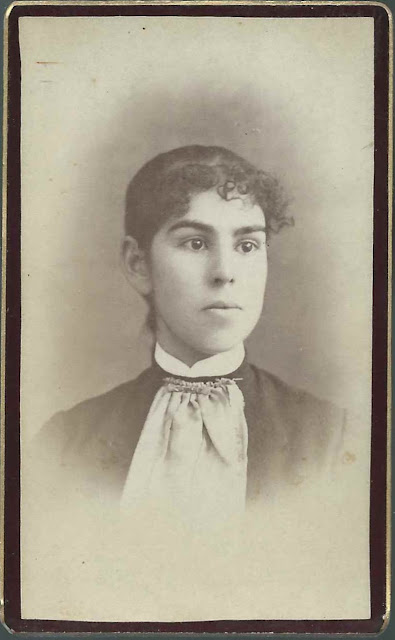 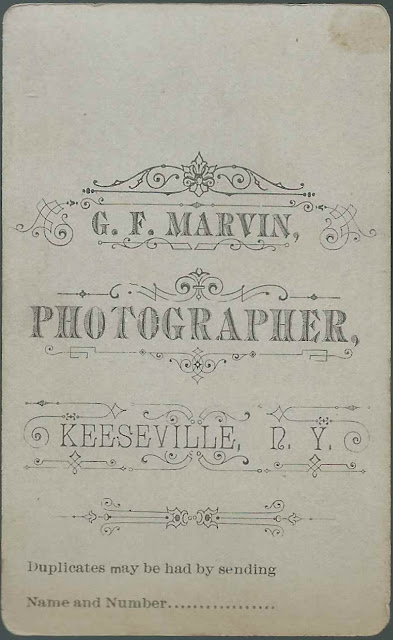 If you can clear up the mystery of who J. D. Bennett was, please leave a comment or contact me directly.

Posted by Pam Beveridge at 4:02 PM