CDVs of Parents & Children; by the Seth Wardner studio of Bloomingdale, New York 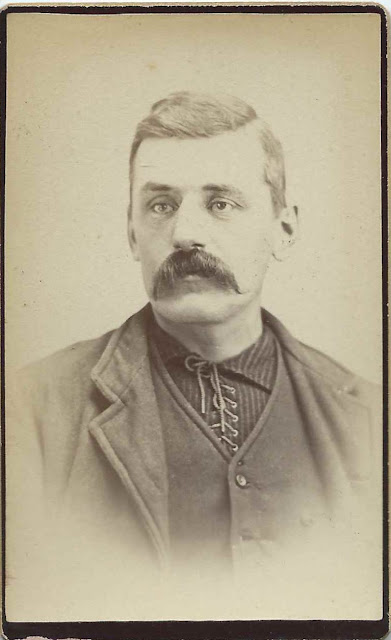 Set of 5 Cartes de Visite of what appears to a father, mother and up to 3 children.  All photographs were taken by the Seth Wardner studio of Bloomingdale, New York.  The presumed father is shown above.

The photographs were found in an album that I found, sadly, had been filled randomly by the antique mall booth owner, but there was an obvious relationship between some of the photographs inside.  It's possible that these photographs have a relationship to the Bennett or Lobdell families. 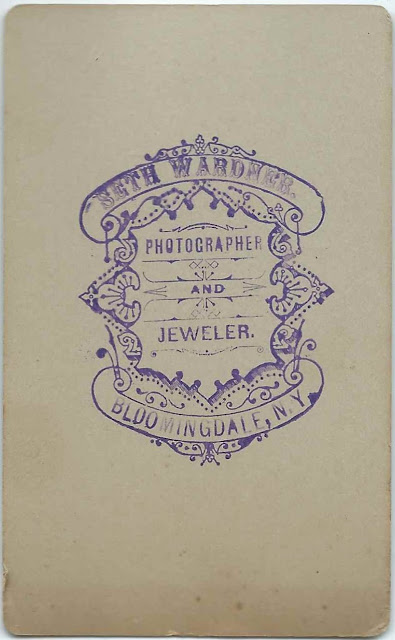 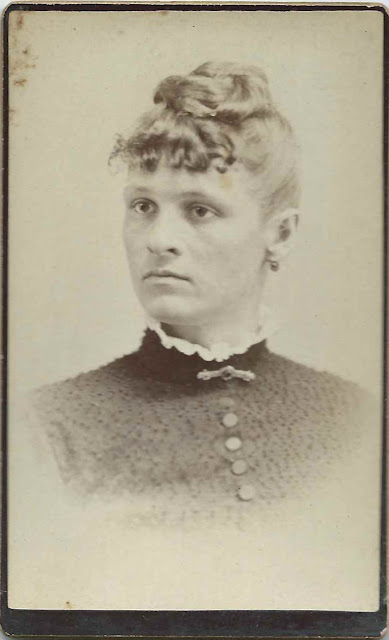 CDVs of one, two or three children:  - since they're all depicted sitting in the same chair, it's possible they are three separate children, whose photographs were taken at the same time as those of their parents. 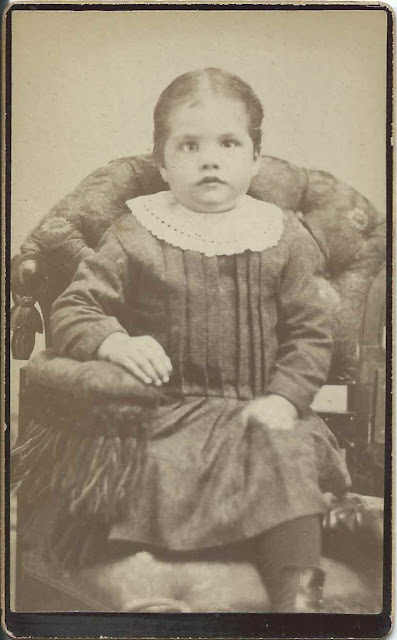 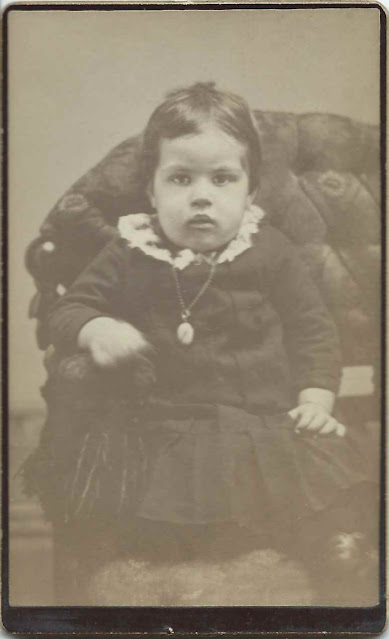 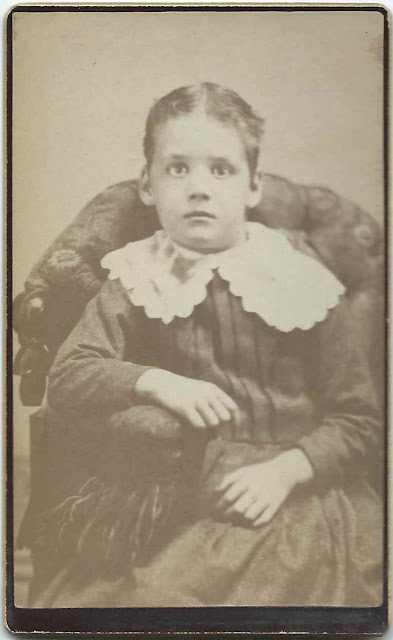 If you recognize any of these people from your family photographs and/or research, please leave a comment or contact me directly.