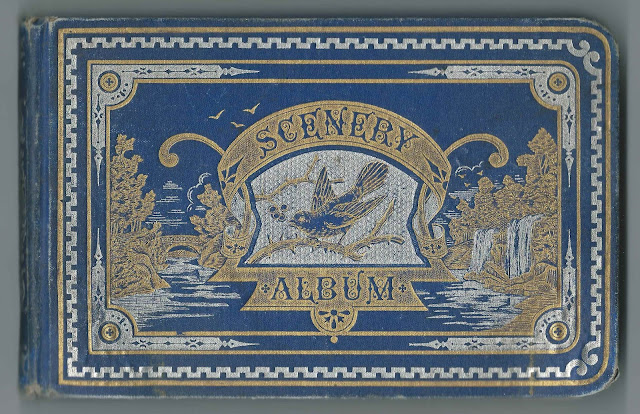 Album kept by Hattie A. Young during the 1880s, during a portion of which she apparently was a student at Derby Academy at Derby, Vermont, which many of the inscribers mentioned. 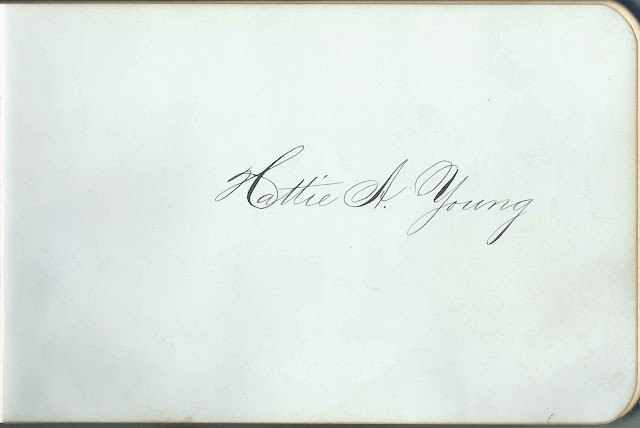 The album measures approximately 7-3/4" by 5" and contains the sentiments of over 50 of Hattie's relatives, friends and schoolmates, as well as numerous full page engravings throughout.  An alphabetical list of the inscribers, together with any personal information they offered, appears at the end of this post. 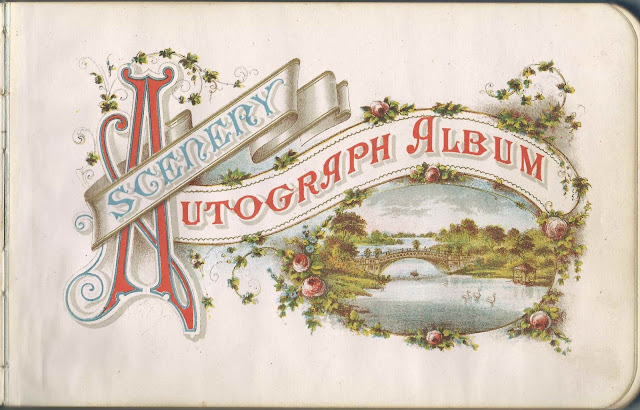 Hattie was born in 1862, the daughter of Edward F. Young and Katherine [possibly Katherine Bilodeau (LaJeunesse)] Young, "Kate".  Hattie had several siblings, at least two of whom inscribed pages in her album. 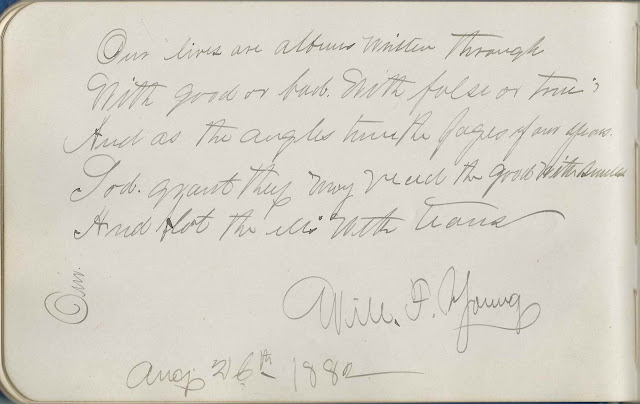 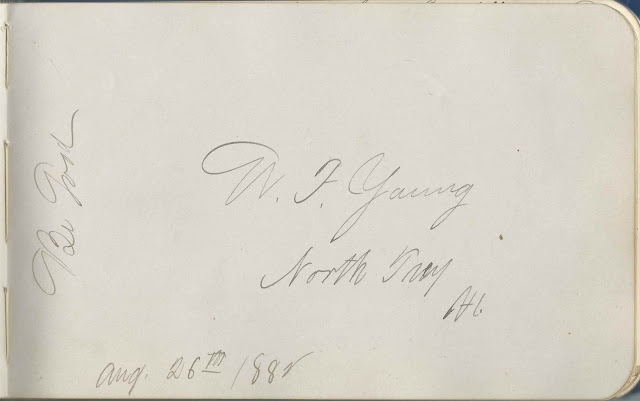 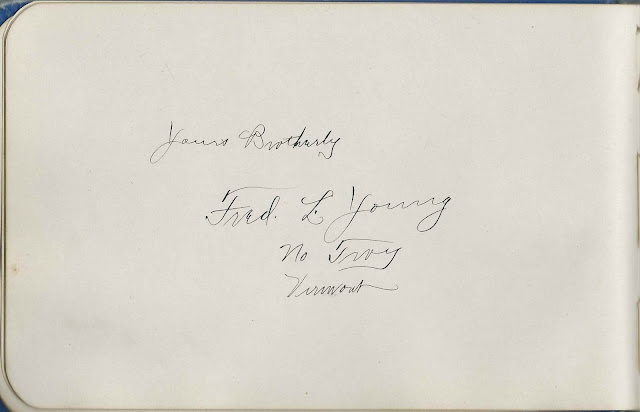 I found a hint online that Hattie might be the Hattie A. Young who, about 1884, married William E. Impey, son of William Impey and Josephine (Bliss) Impey.  Son William and his sister Martha E. Impey inscribed pages in the album.  William's page, below: 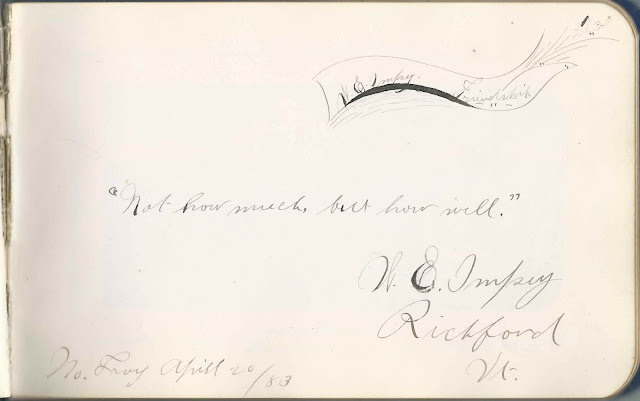 At some point, William and Hattie moved to Colorado, where William was a traveling salesman for the R. F. Moore Garment Company of Newport, Vermont.  I didn't find a record of children for them, but I may have missed them.  Hattie died in 1934 and William in 1969.  They're buried in the Crown Hill Cemetery at Wheat Ridge, Colorado.