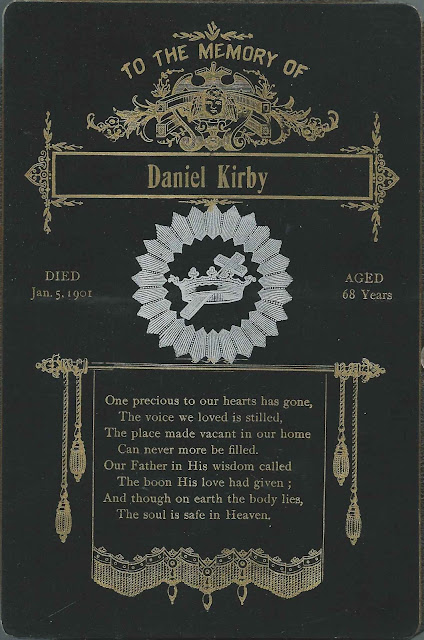 Daniel was presumably the Bellmont, New York resident Daniel Rogers Kirby, who died on that date.  He was born about 1832, perhaps July 8, 1832 at Beekmantown, New York, the son of Charles Kirby and Philena (Wilbur) Kirby.  On December 10, 1857,  Mary Turner Racey, or Bracy.

The information above comes from an online source referencing a Family Bible owned by Charles Kirby and then in the possession of relative John Dodge Miles.

If you have information to add on Daniel Rogers Kirby or his wife Mary or John Burton Kirby, please leave a comment or contact me directly.