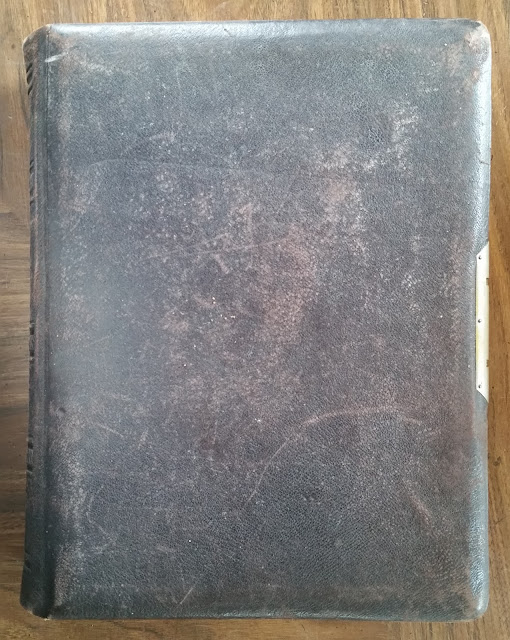 Photograph album, approximately 11-1/2" by 9" by 2-1/4", with 30 cabinet photographs that might be related to the Beane, Hovey, Moody, Preble and Varney families of Maine, particularly in Kennebec County and surrounding areas.

The album has a note on an end paper indicating that it came from the Varney estate at Windsor, Maine. 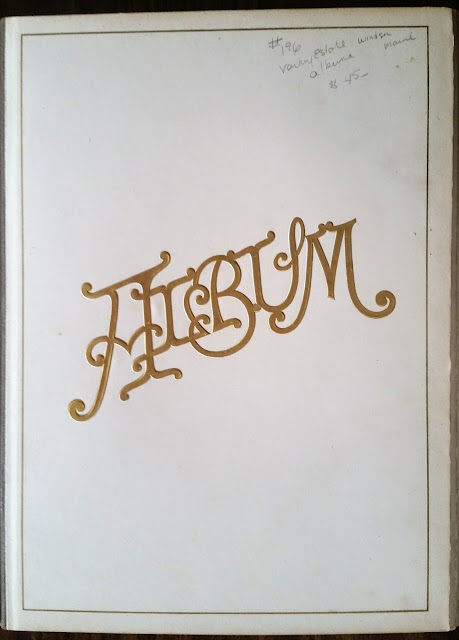 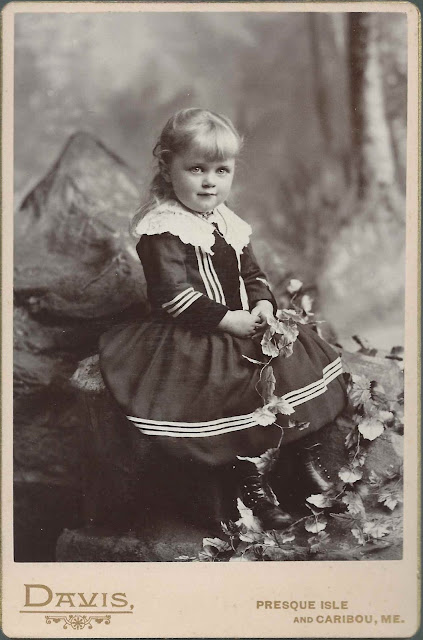 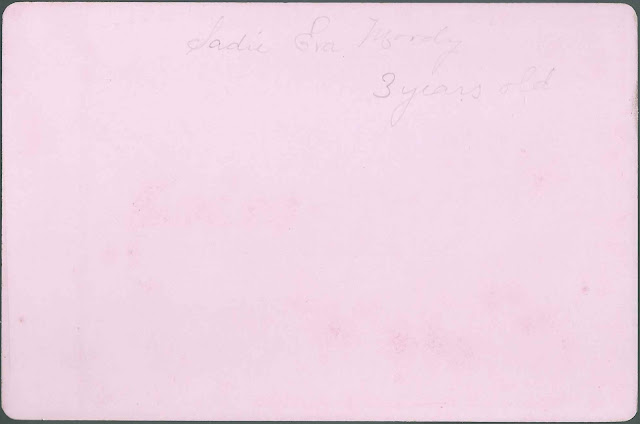 The other image with a partial identification appears to have the name Preble on it.  It's an image of a young man presumably named "Frank", taken by the Wilcox studio of Chicago, Illinois, and directed to "Aunt", possibly "Aunt Preble".  There's also what appears to be the name "H. R. Preble". 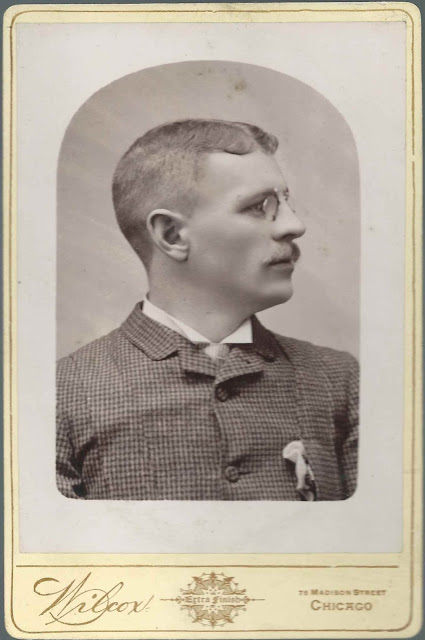 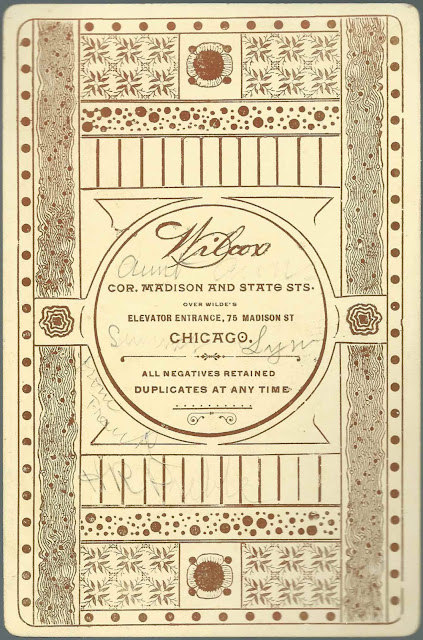 If these names are familiar to you from your research, please leave a comment or contact me directly.

Most of the photographs were taken by studios in Maine, with another three at Boston, Massachusetts, and one at Chicago, Illinois.

I'm including a few photographs of some of the adults in hopes that a reader will recognize the people from family collections and research. 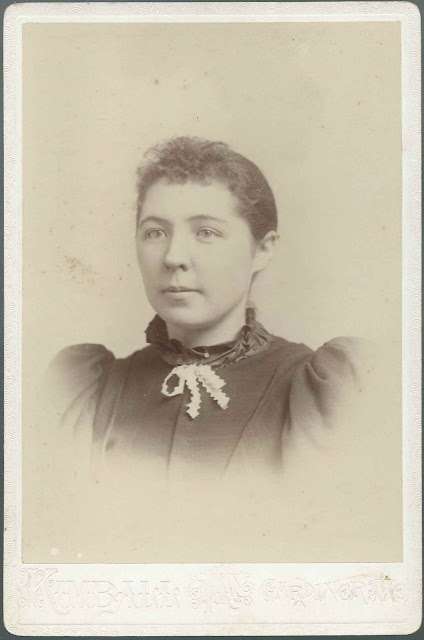 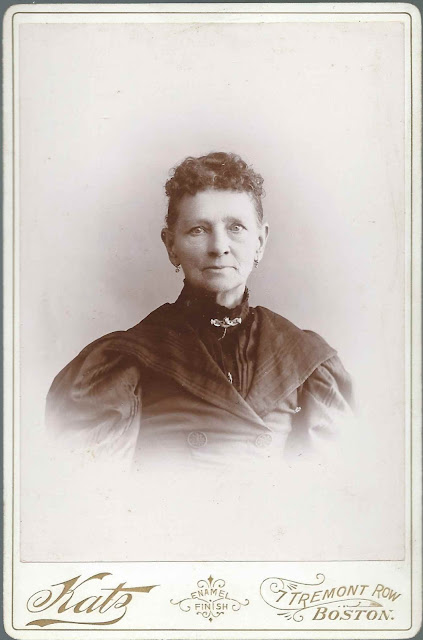 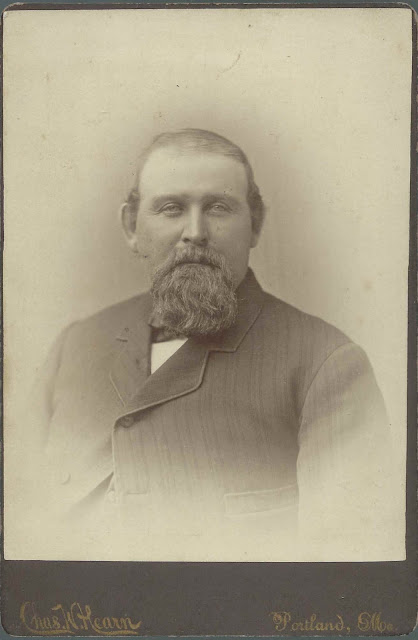 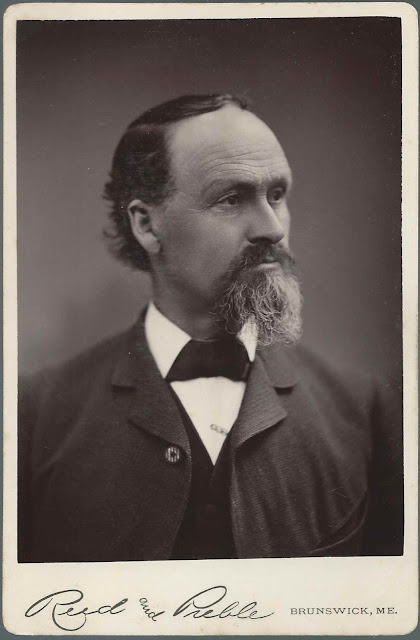 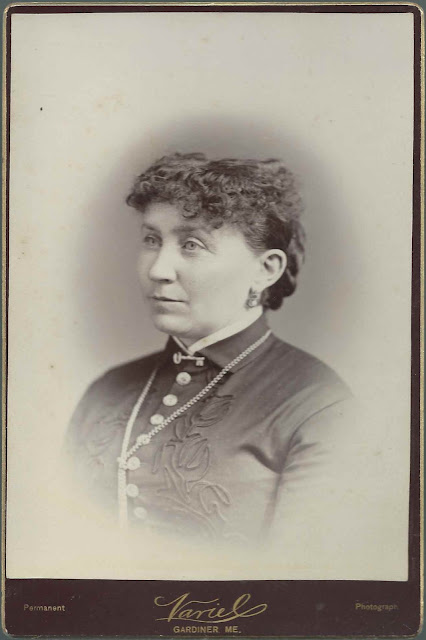 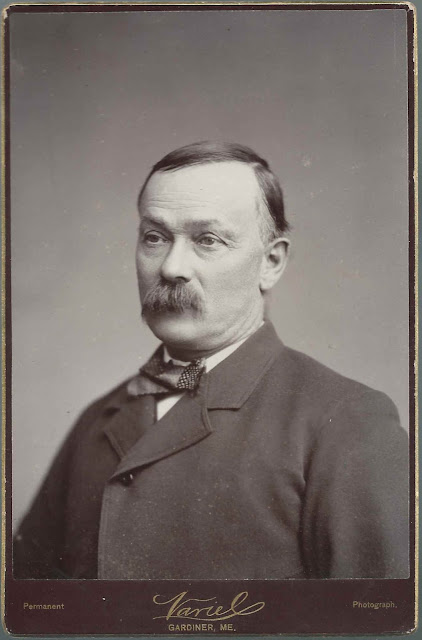 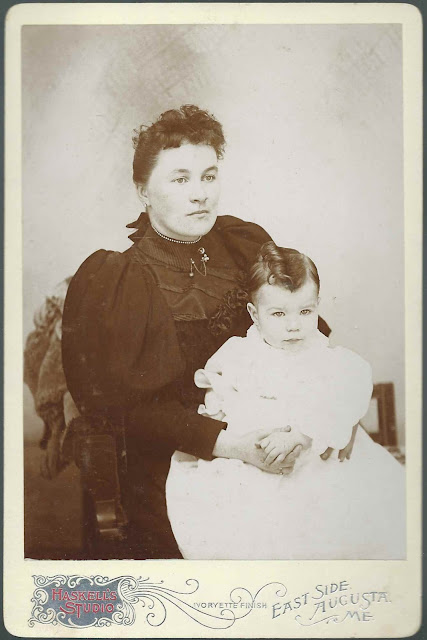 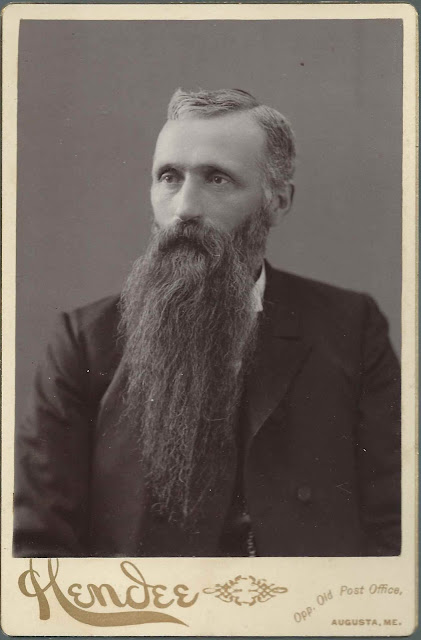 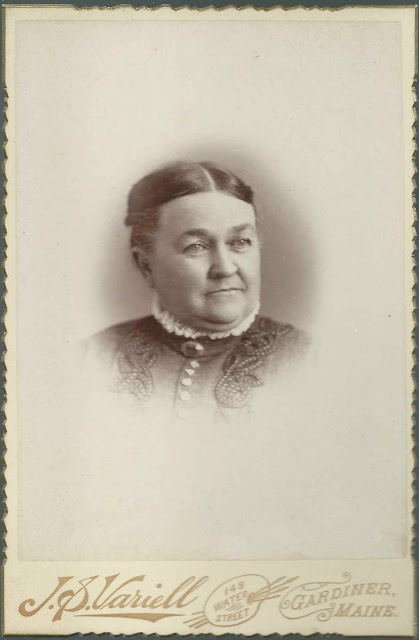 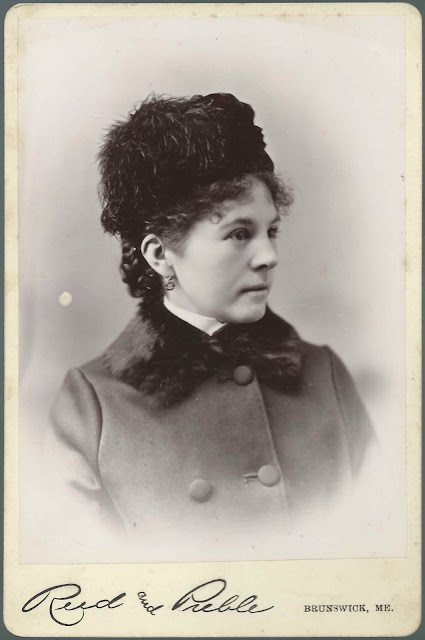 Again, if you have any insights on this photograph album, please leave a comment or contact me directly.

Posted by Pam Beveridge at 8:26 AM