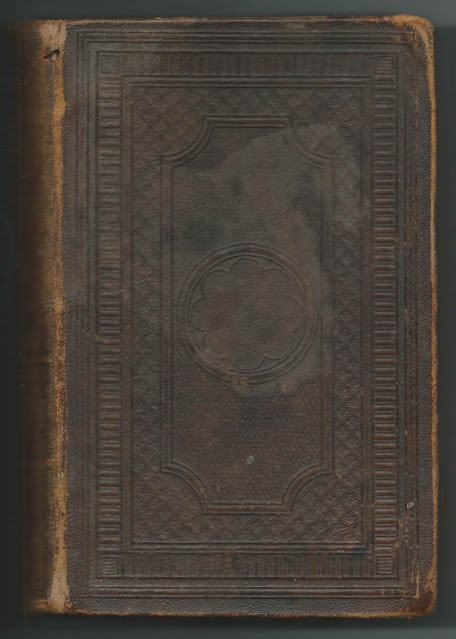 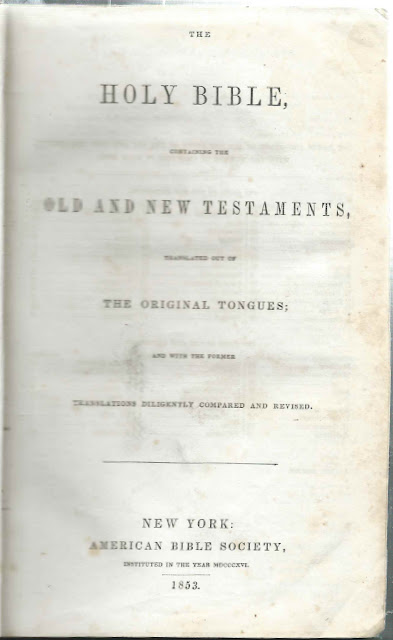 The Bible, which measures approximately 7" by 4-1/2", was printed in 1853 by the American Bible Society at New York, New York.  It has four records pages sandwiched between the Old and New Testaments, with three of the pages containing handwritten entries. 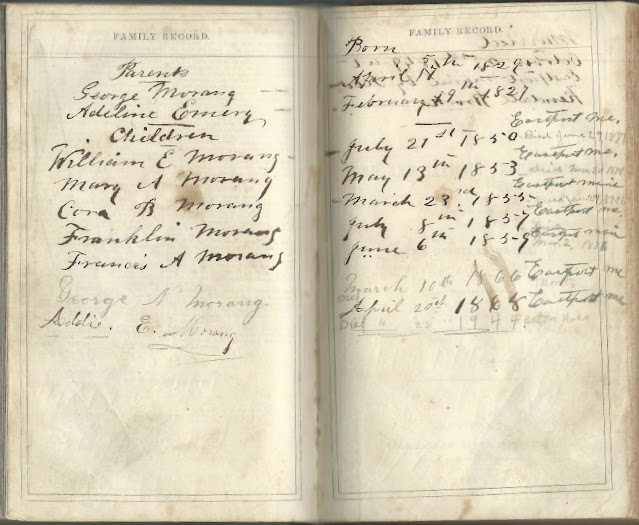 Entries on the page above, with some information written at a later date: 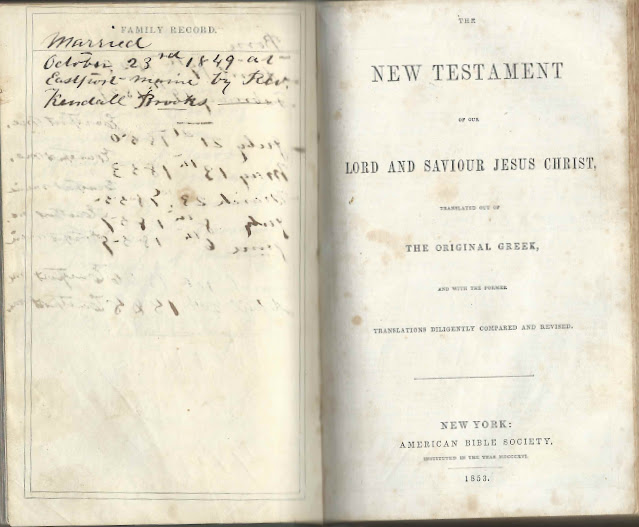 The entry on the page above refers to the marriage of George and Emeline (Emery) Morang:

Find-a-Grave listings for George, Adeline and their children contain additional information gleaned from their obituaries.

Eastport, Maine is located on Moose Island.  Deer Island, across the border into Canada, is the larger island to the north.