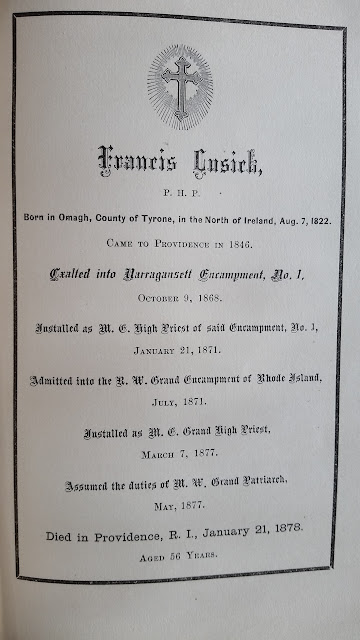 Memorial page for Francis Cusick, included in the 1878 Proceedings of the Annual Session of the Right Worthy Grand Encampment of Rhode Island for the Independent Order of Odd Fellows. 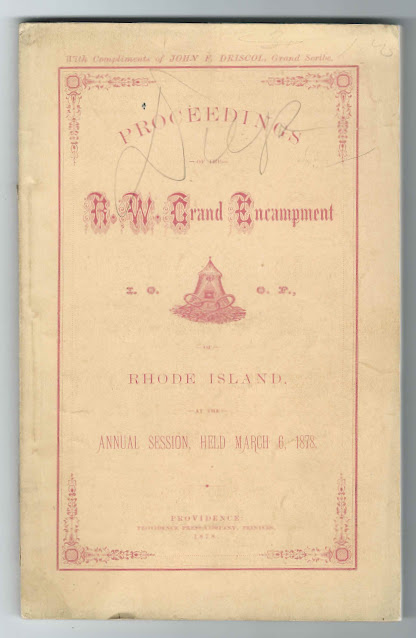 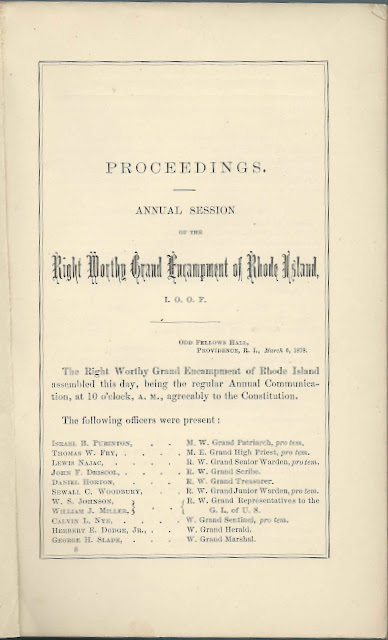 Text of the Memorial page dedicated to Francis Cusick:  [Note: his naturalization record indicates his birth date as August 7, 1823]

I haven't yet found a marriage record for Francis and Jane (?); nor do I know Jane's parents or birth place; she was born about 1816.  Francis and Jane had several children, three of whom are buried with them at North Burial Ground at Providence, Rhode Island.