Tufts College, Medford, Massachusetts: 1914 Booklet of Interesting Letters of Graduates of the Class of 1912 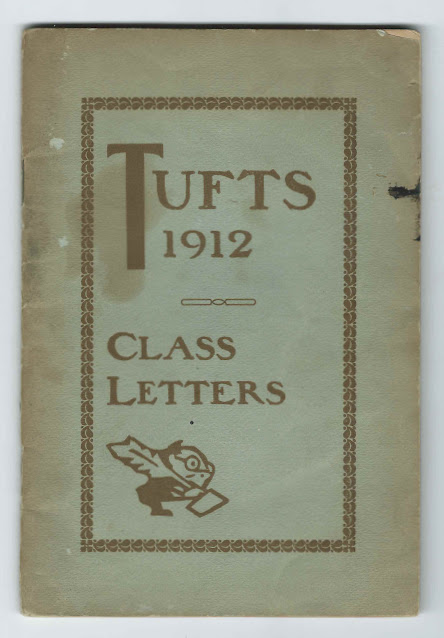 Booklet entitled Class Letters, Volume 1, published by Tufts College, now Tufts University, at Medford, Massachusetts, in May, 1914, containing letters from graduates of the Class of 1912 detailing their experiences since graduation two years earlier.

The booklet measures nearly 7-3/4" by 5-1/4" and contains the letters of 38 graduates.  There's a small amount of scribbling throughout, as you can see from the title page, below.  Images of all of the pages appear at the end of this post.
If you have information to share on any of the people mentioned, please leave a comment for the benefit of other researchers. 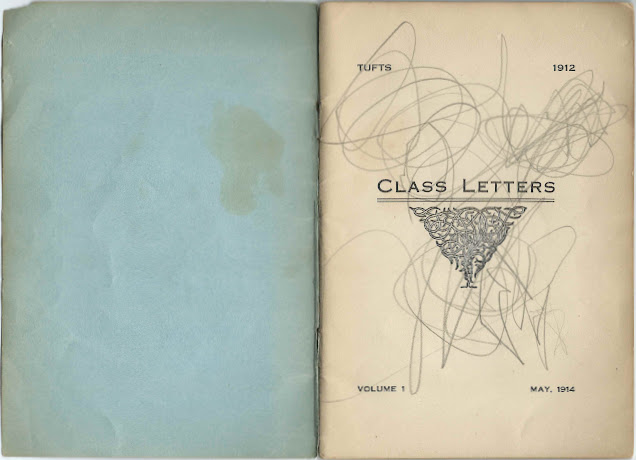 Some of the letters are lengthy and fascinating.  Letter contributors: 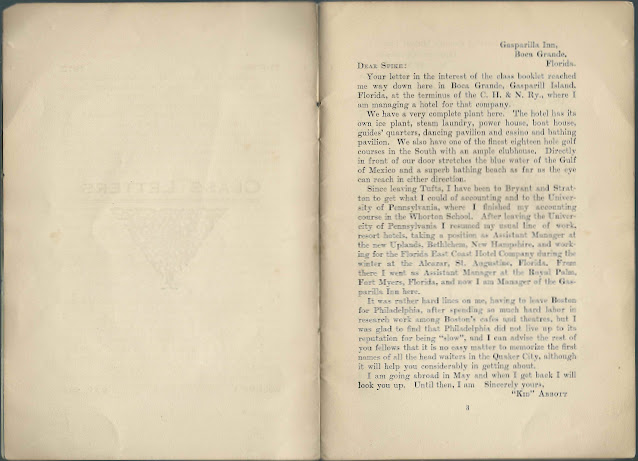 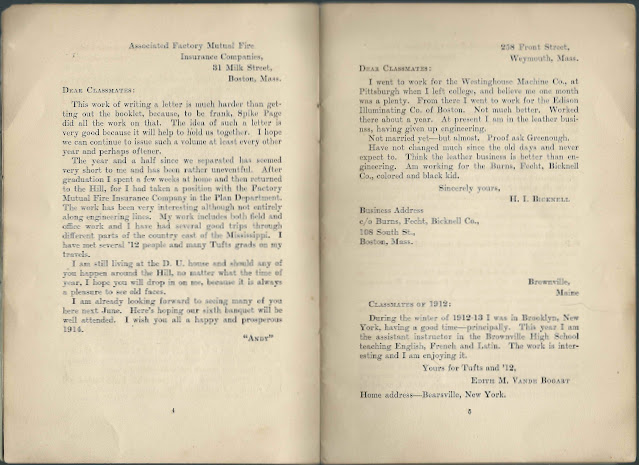 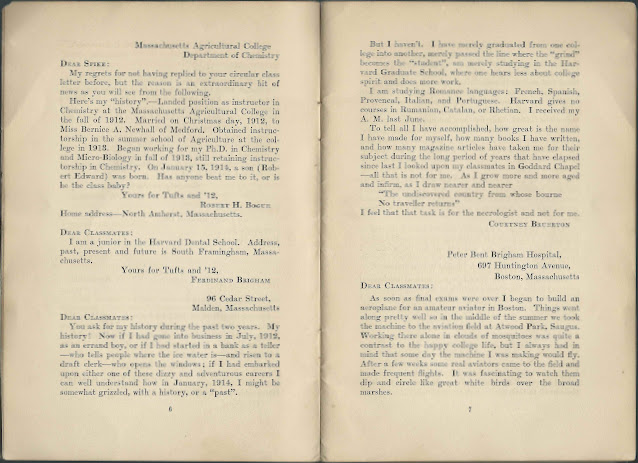 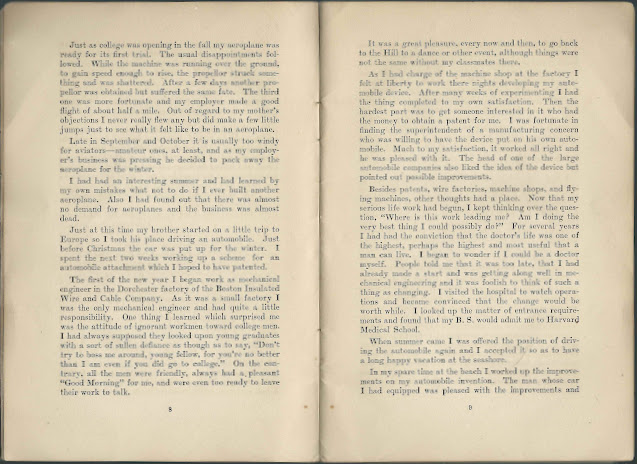 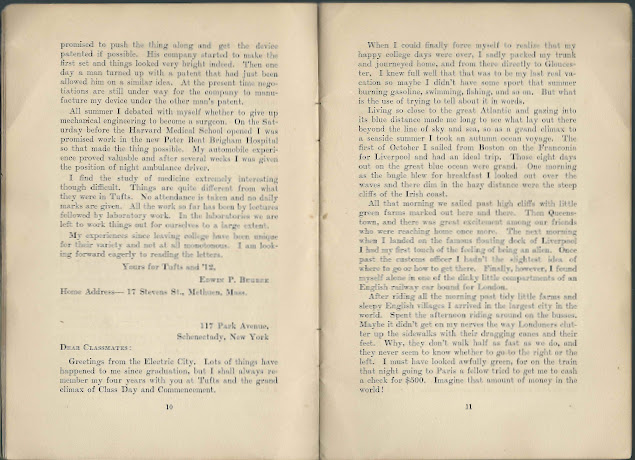 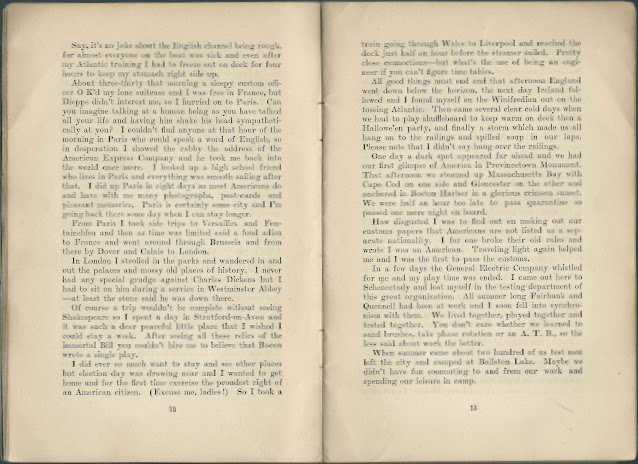 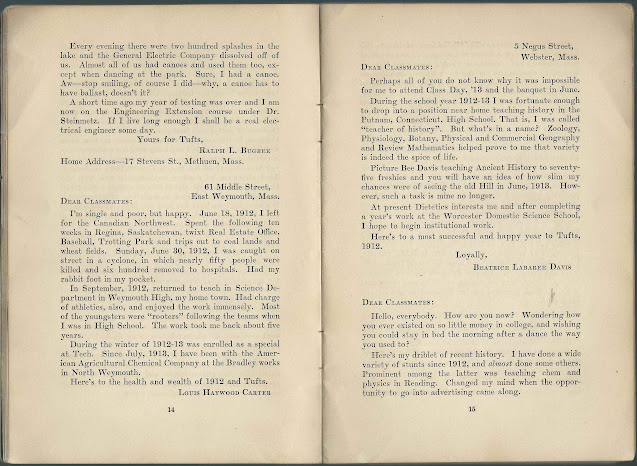 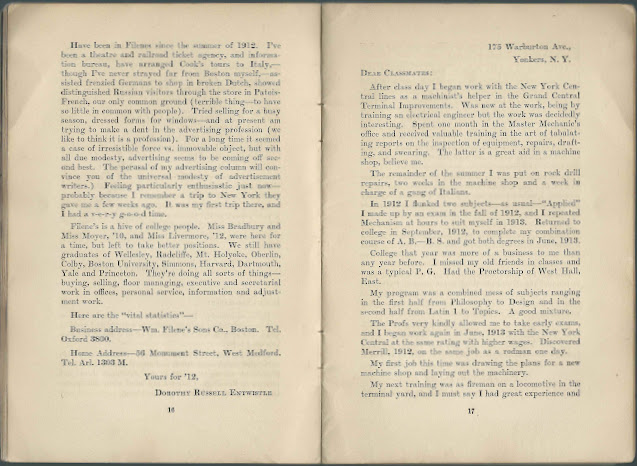 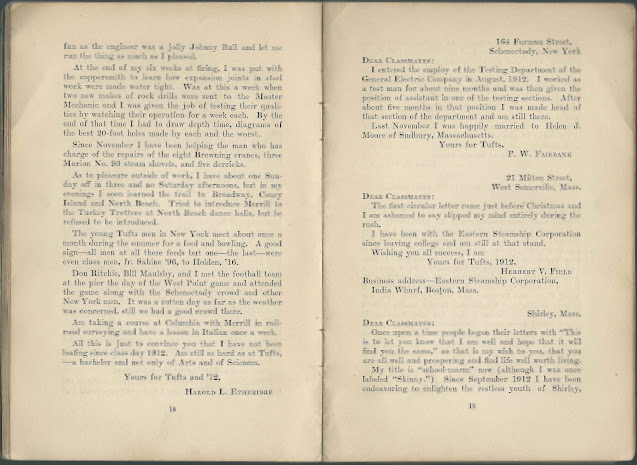 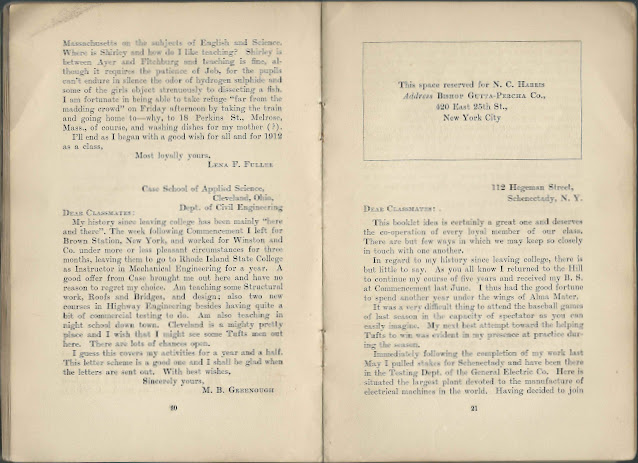 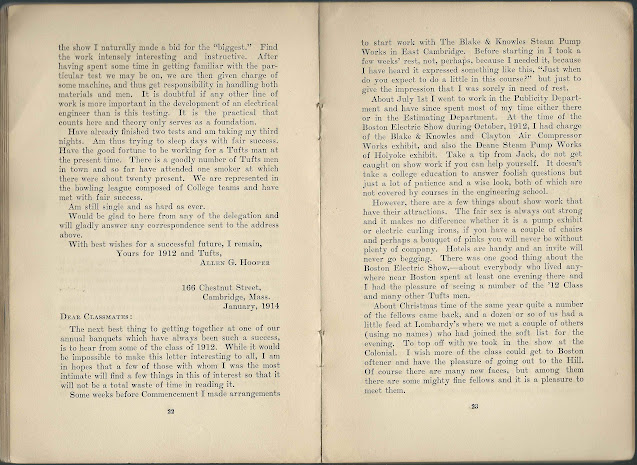 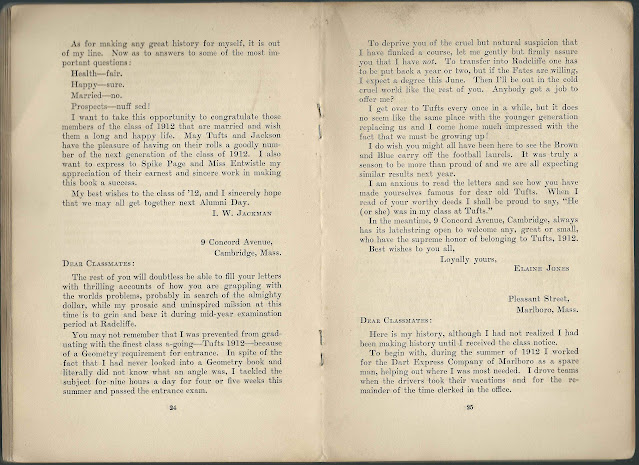 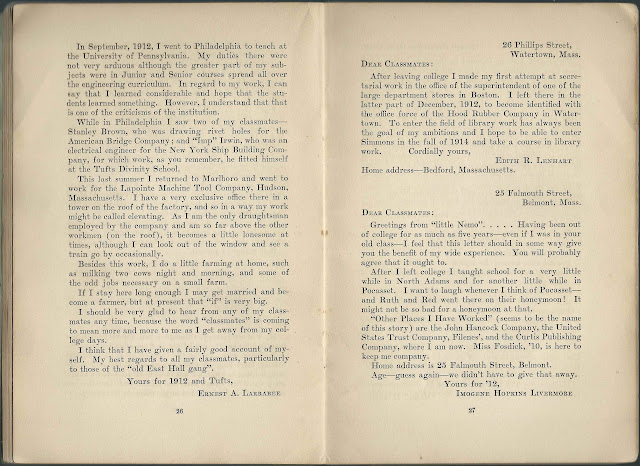 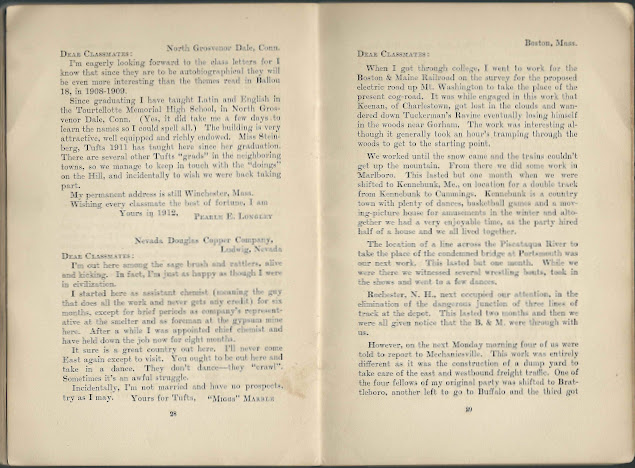 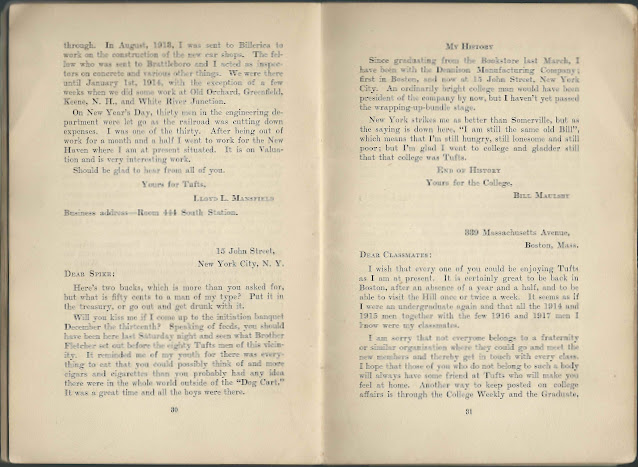 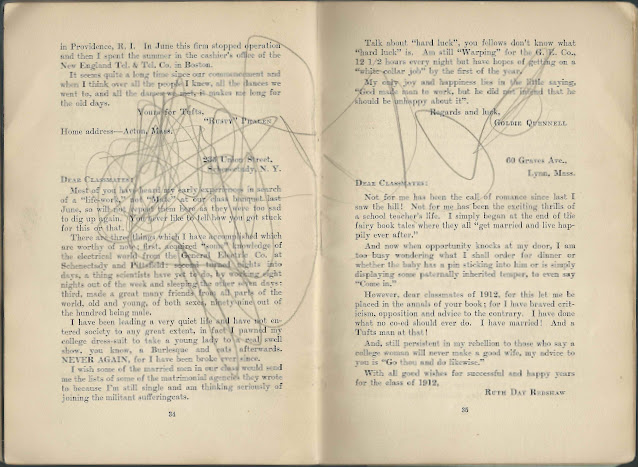 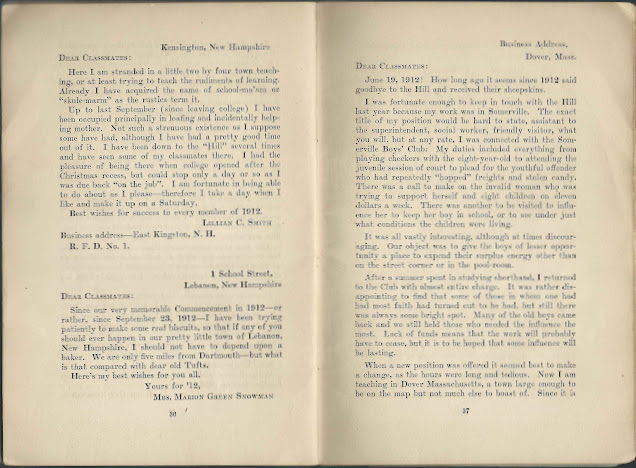 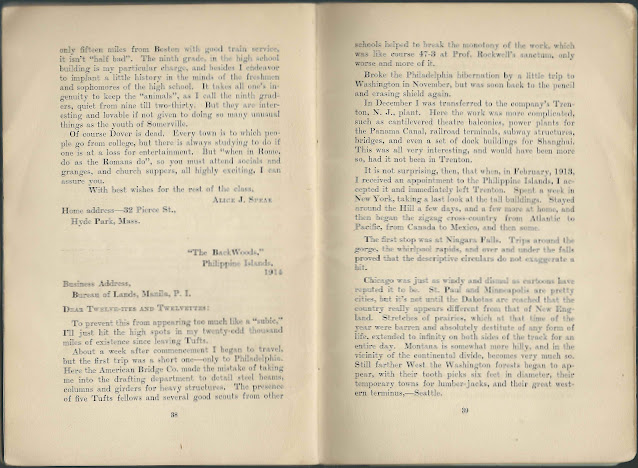 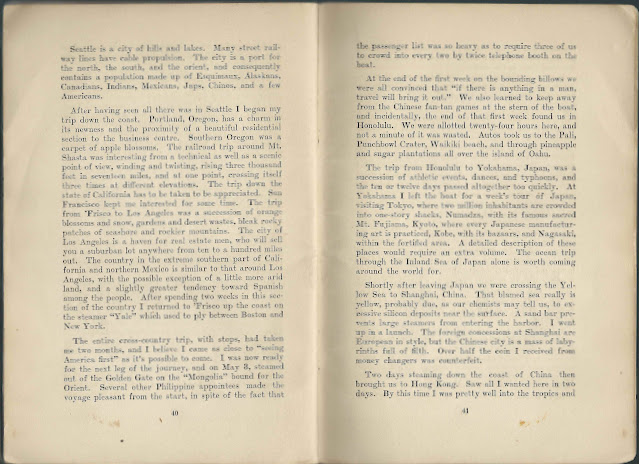 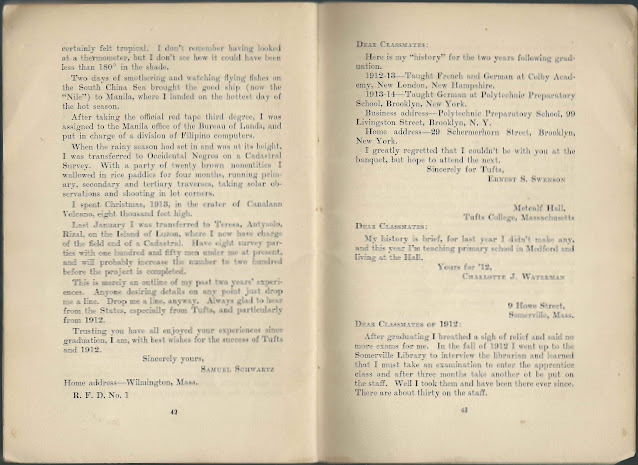 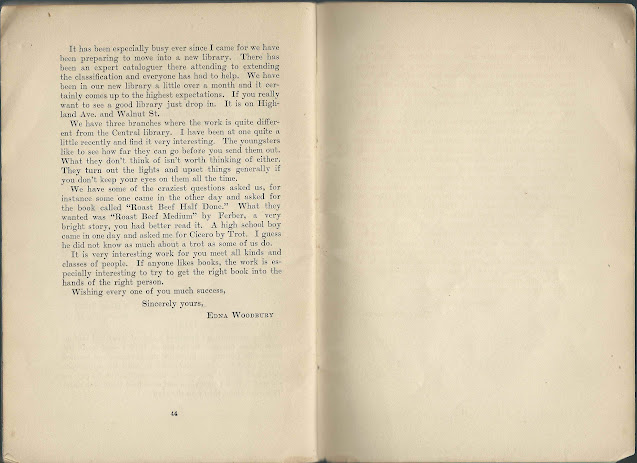 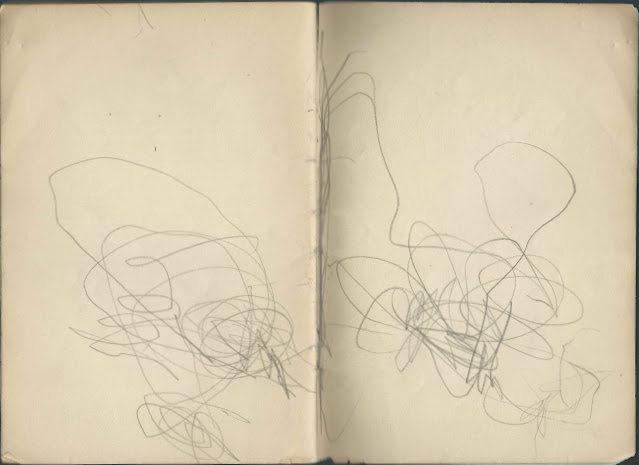 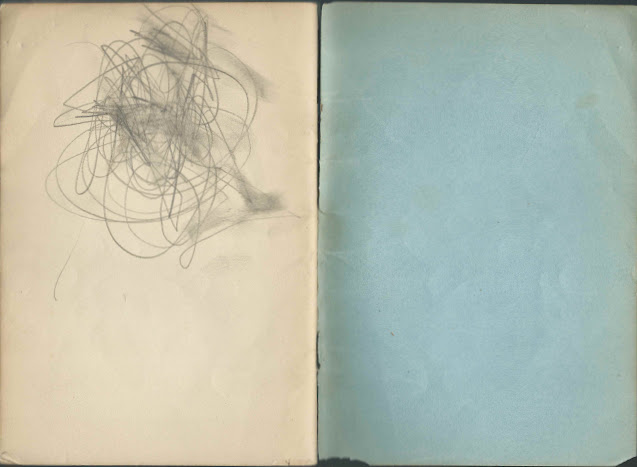 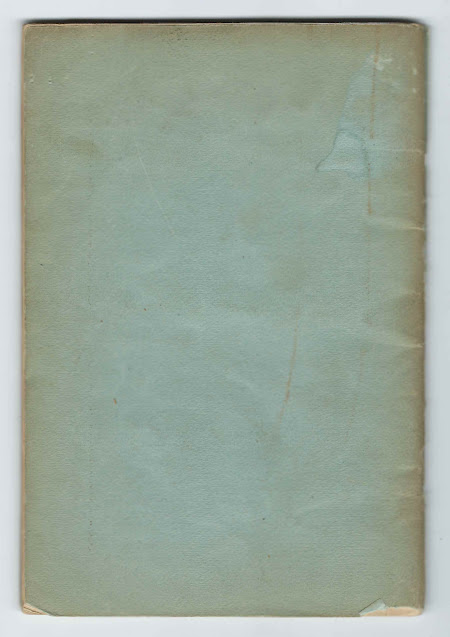 Posted by Pam Beveridge at 1:21 PM