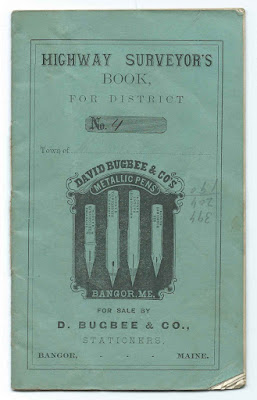 c1870s Highway Surveyor's Book for District #4, Town of Milbridge, Maine.  Sadly, this particular surveyor did not leave his name or provide a date.   The first page of text provides a partial year, 187, so presumably the book was filled out in the 1870s or 1880s.

The booklet was printed by David Bugbee and Company, Stationer, of Bangor, Maine. 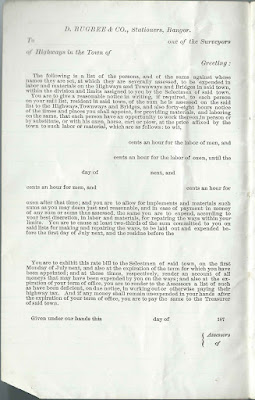 The booklet contains several pages listing residents and non residents, as well as the tax assessed on each.   An alphabetical surname list and an alphabetical full name list appear at the end of this post, as does a set of images of the entire booklet. 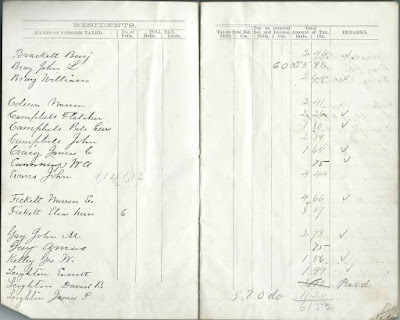 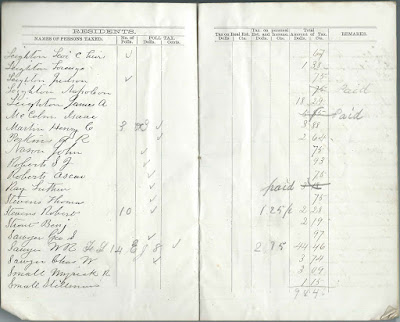 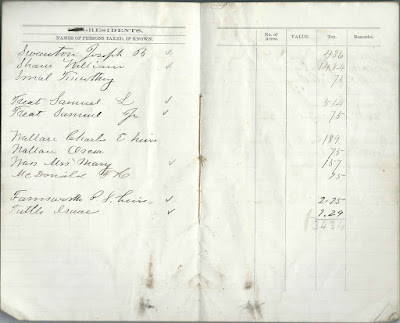 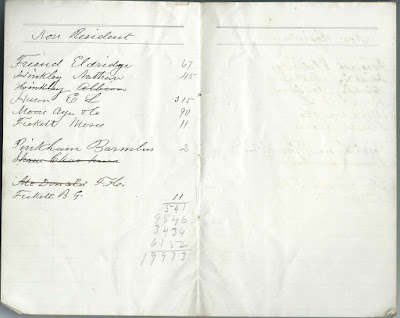 Surnames in the Booklet


Names in the Booklet

If you have information on any of the people mentioned in this booklet, please leave a comment or contact me directly. 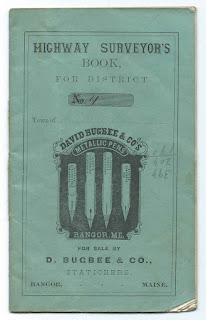 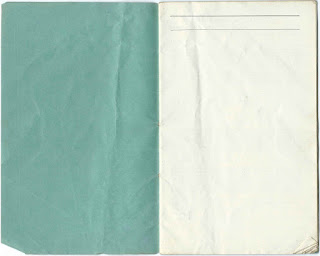 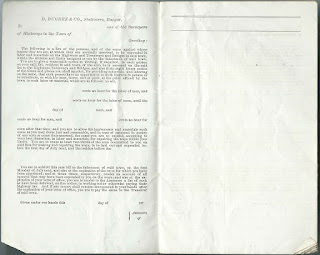 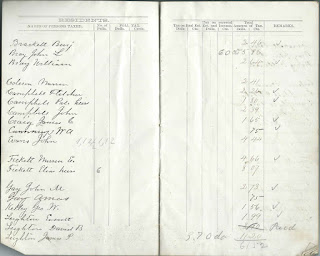 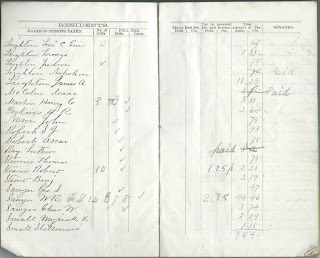 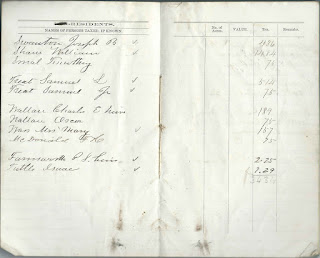 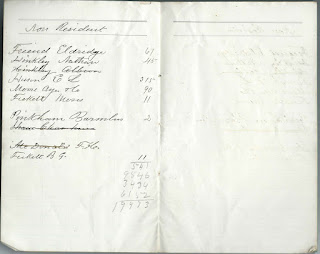 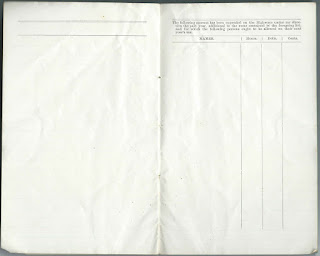 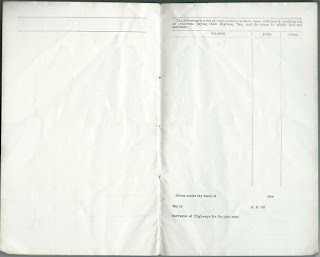 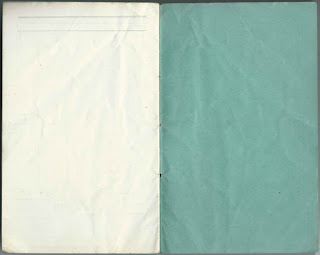 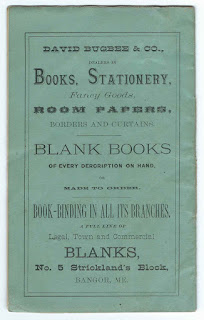