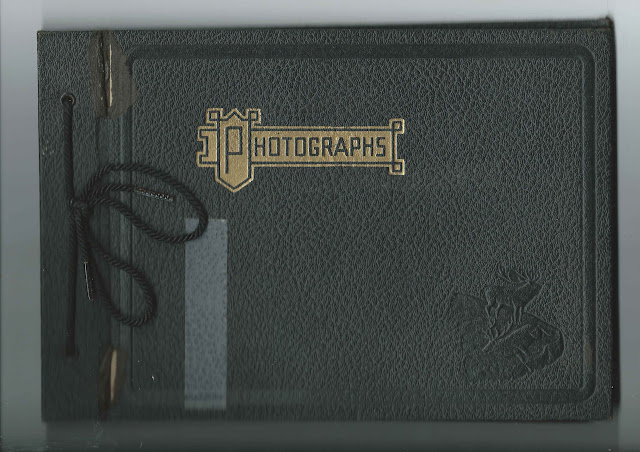 Early to mid 1900s photograph album that belonged to family from Oxford County, Maine, likely Sumner, Maine, and/or Paris, Maine.  The album measures about 10" by 7" and contains 57 photographs and one newspaper clipping.

Many of the photographs show iconic Maine scenes of haying, stacks of firewood, "upta" camp, sleds, antique autos, farmhouses and the like; see examples at the end of this post.

New - see the entire album at the end of this post.

From clues in the album, I believe the owners were Elliott Edwin Newell and his wife Edith Frances (Barrett) Newell from Sumner, Maine, and South Paris,  Maine.  They also lived for a time at Buckfield, Maine, judging from the address on a Real Photo Postcard.

One of the photographs is a Real Photograph Postcard of Edith, which was intended to be sent to her future husband Elliott, though she apparently handed it to him rather than posting it.  I believe I recognize Edith in other photographs, including one with a man, who perhaps was her future husband, or by then husband, Elliott Edwin Newell. 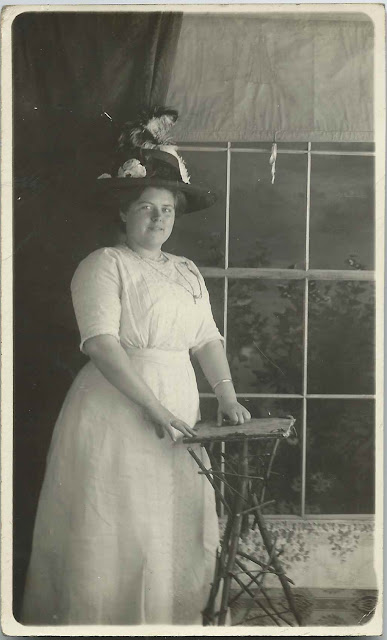 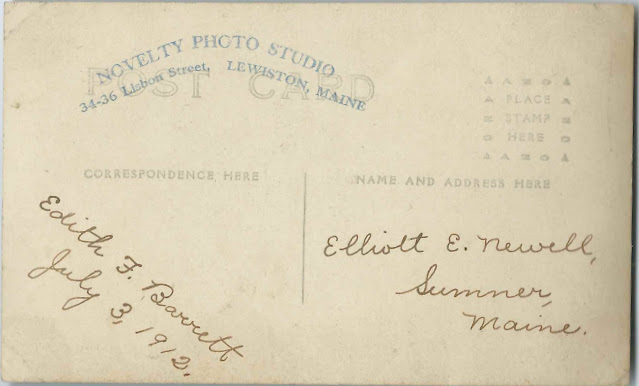 Edith Frances Barrett was born January 20, 1893 at Sumner, Maine, daughter of Selden G. Barrett and Minnie M. (Bicknell) Barrett.  Edith had at least one sibling, Virgil Gilbert Barrett.  One of the photographs in the album shows Virgil's daughter Virgilyn as a young child.  Other photographs may show Virgil and family members. 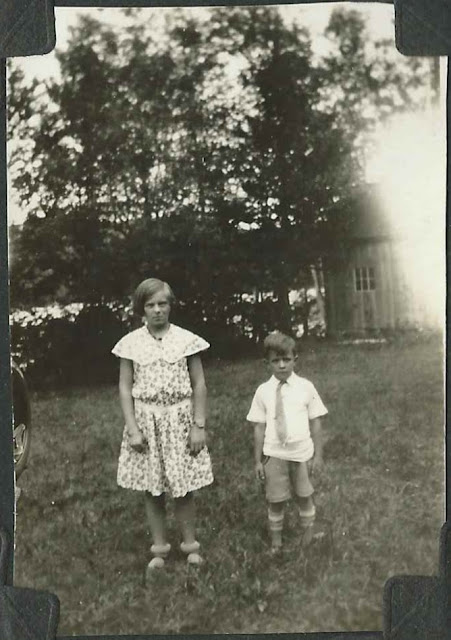 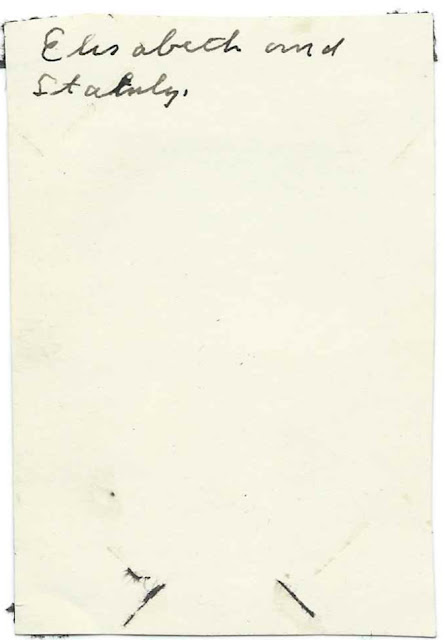 Elliott Edwin Newell died in 1953, and Edith Frances (Barrett) Newell in 1970.  They're buried at the Riverside Annex Cemetery at South Paris, Maine.

Sadly, very few of the photographs in the album have identifications.  Of those that do, they were either likenesses of the following people or were directed as gifts to them.  Other than the photographs shown above:

A few of the photographs:  [Click on an image to enlarge it.] 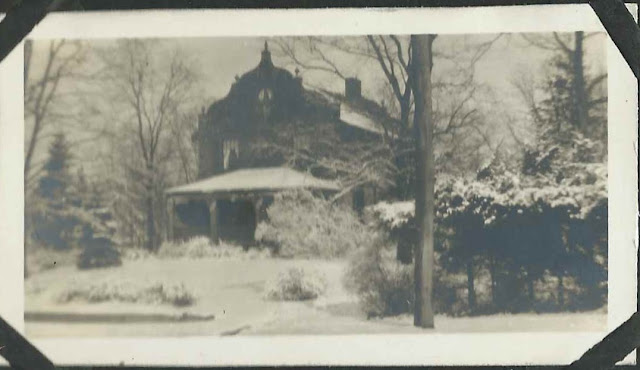 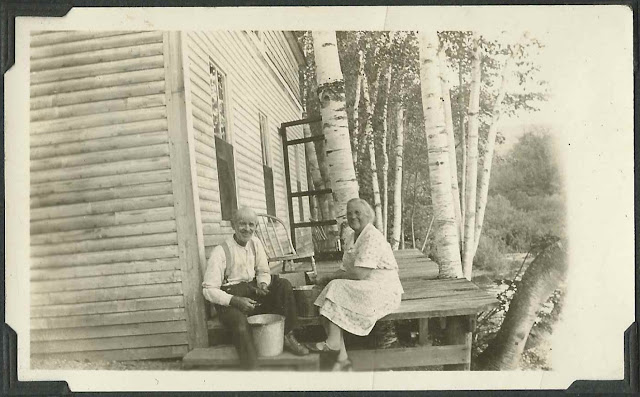 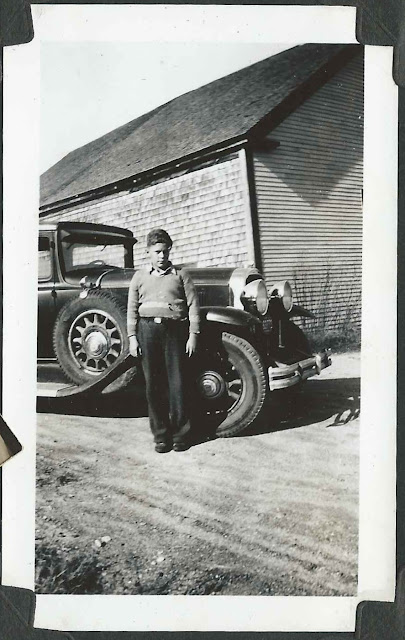 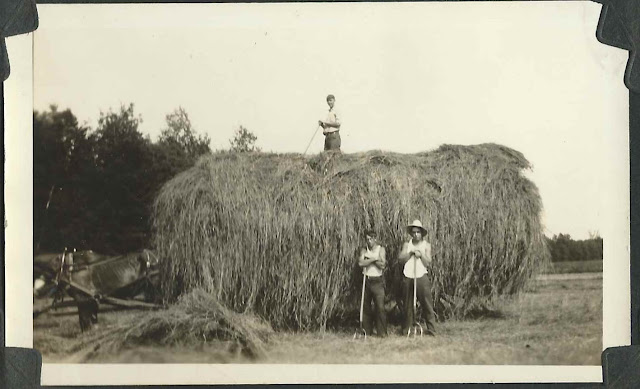 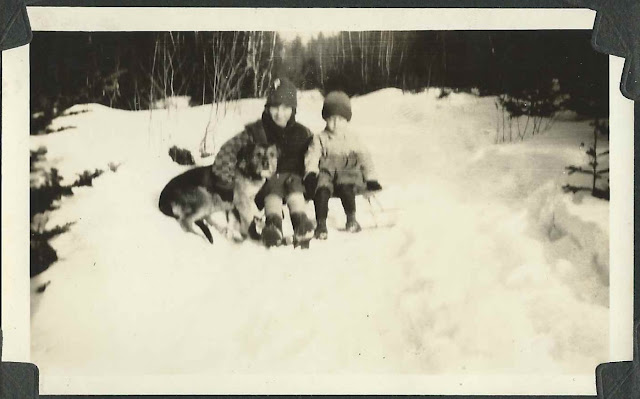 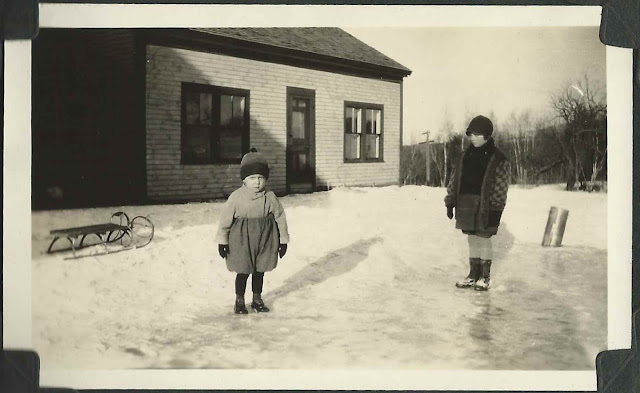 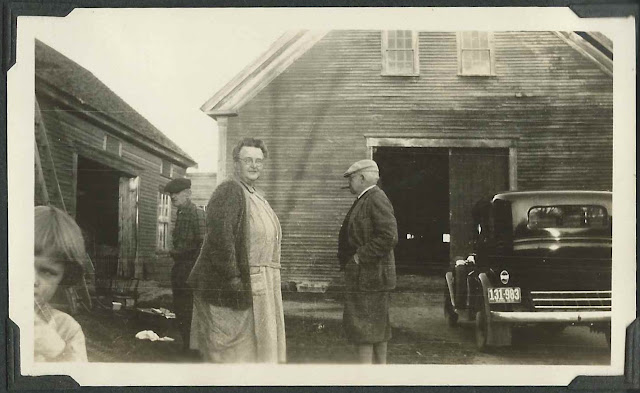 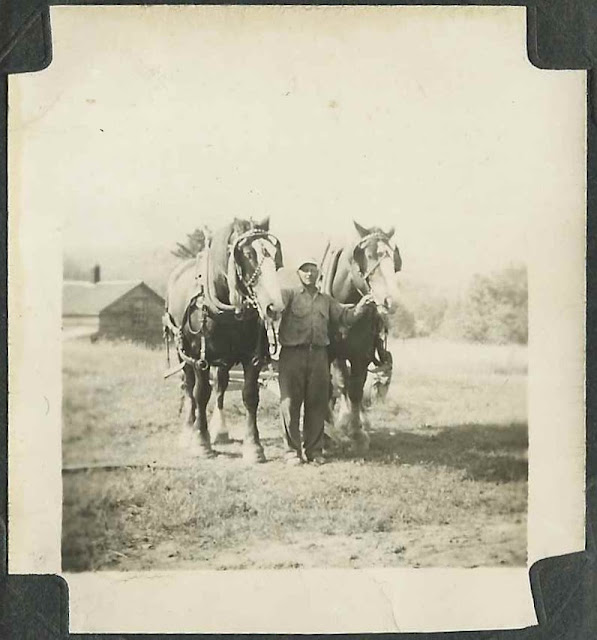 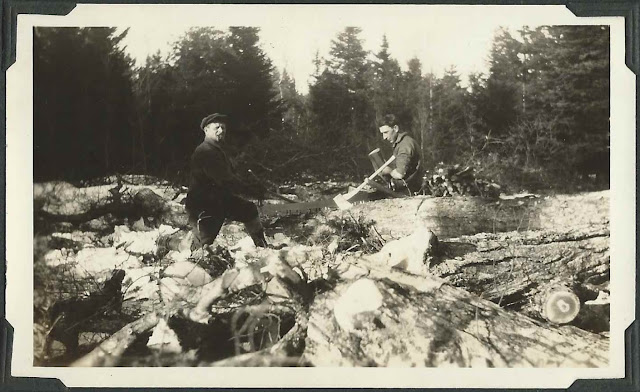 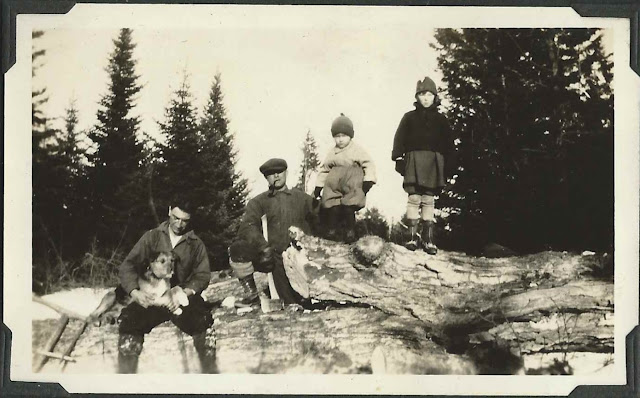 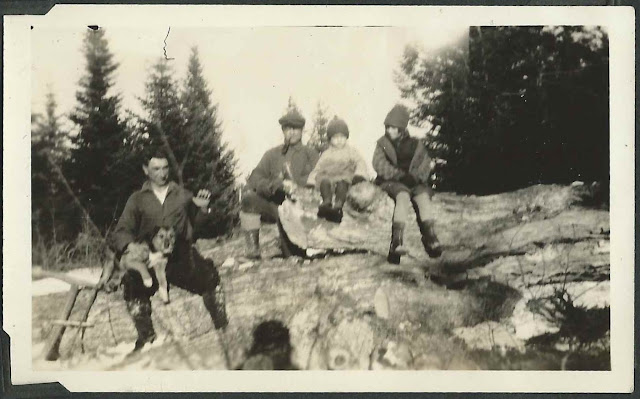 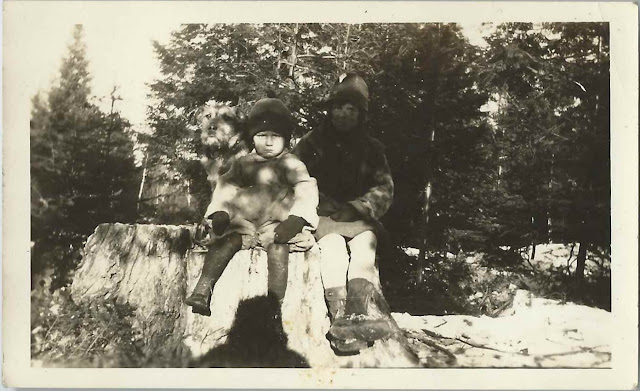 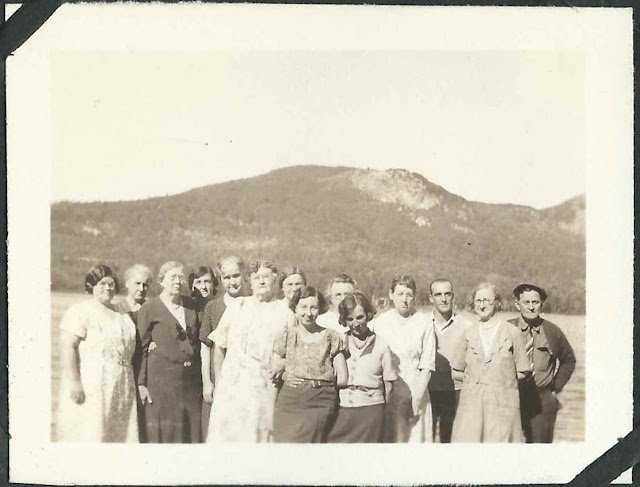 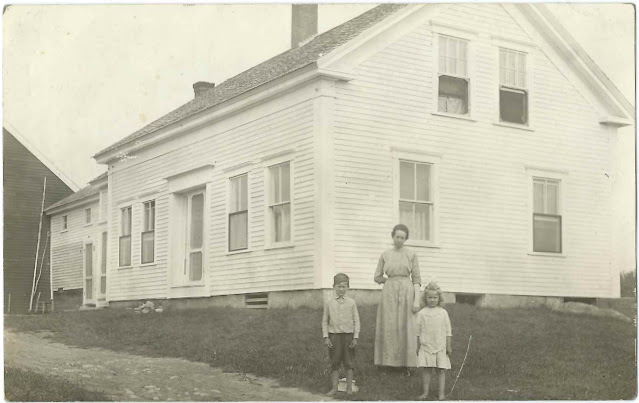 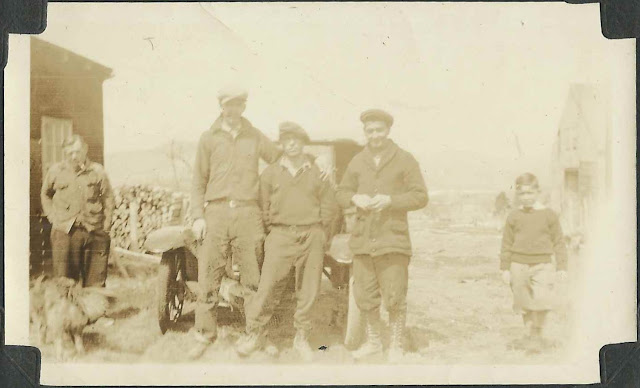 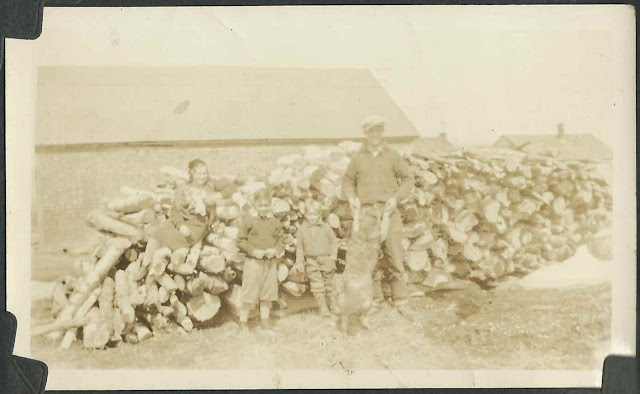 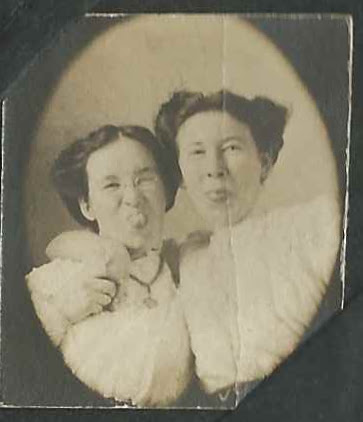 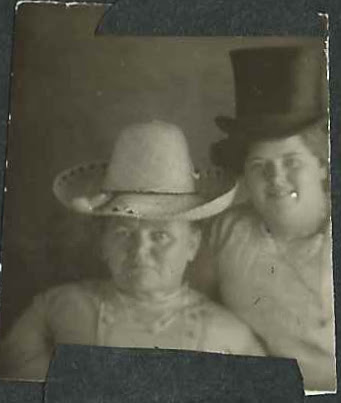 Posted by Pam Beveridge at 7:55 AM