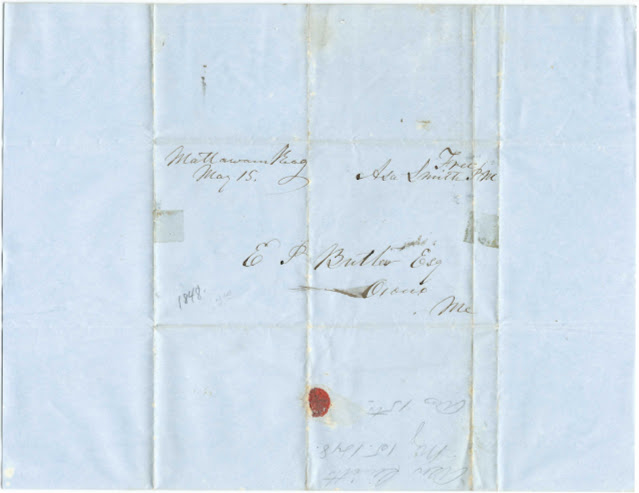 May 15, 1848 Letter from Mattawamkeag, Maine, from Asa Smith, Postmaster, to "Brother" E. P. Butler, Esq. at Orono, Maine.  The two men were both members of the International Order of Odd Fellows; this letter concerns a vacancy in the position of Vice Grand at Mattawamkeag. 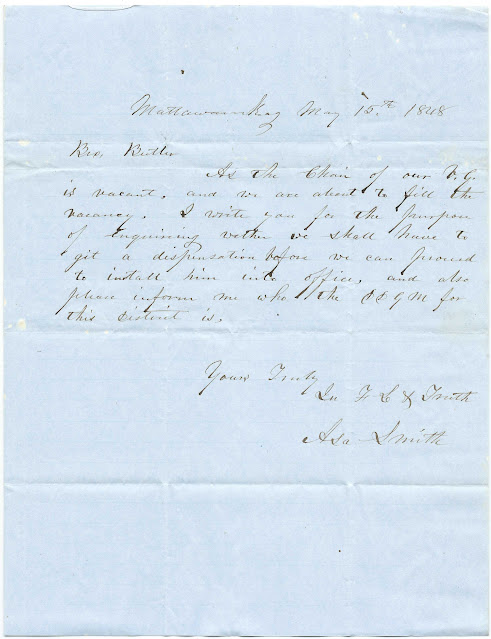 Mattawamkeag, May 15, 1848
Bro. Butler,
As the chair of our V. G. [Vice Grand] is vacant, and we are about to fill the vacancy, I write you for the purpose of inquiring whether we shall have to get a dispensation before we can proceed to install him into office, and also please inform me who the D.D.G.M. [District Deputy Grand Master] for this District is.
Yours truly
In F.L & Truth,  [Friendship, Love and Truth]
Asa Smith

Asa warranted a lengthy biography, complete with a likeness and an illustration of his home in the History of Penobscot County, Maine: With Illustrations and Biographical Sketches, published in 1882. 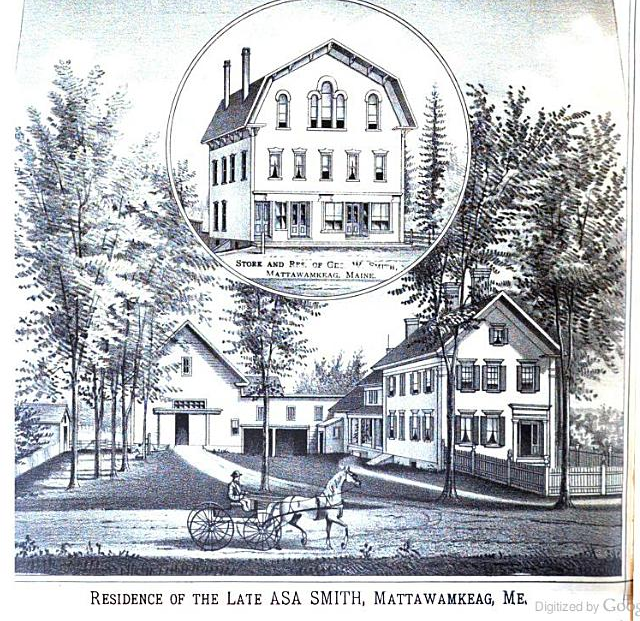 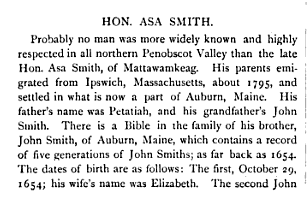 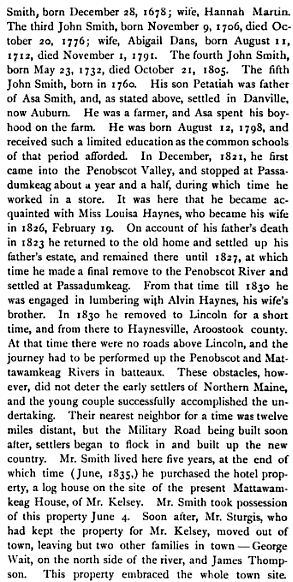 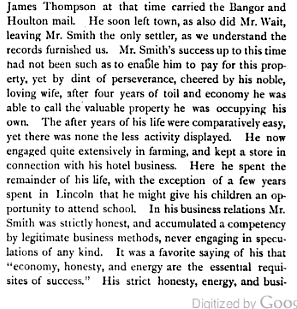 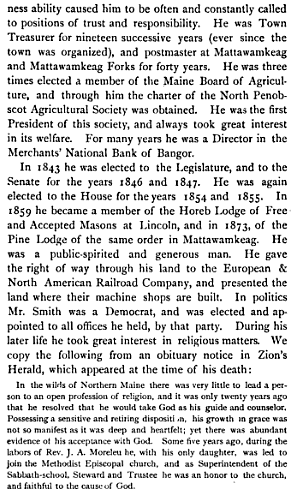 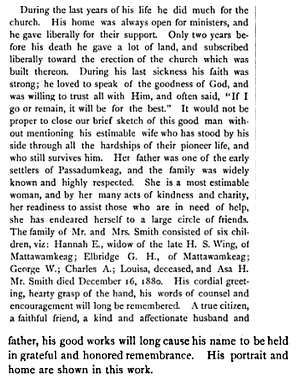 Posted by Pam Beveridge at 5:10 PM