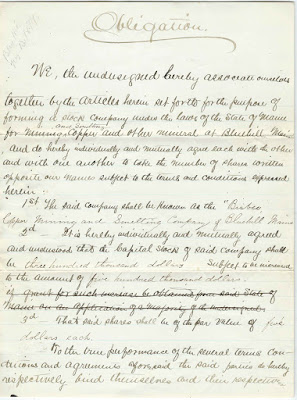 1879 obligation document regarding the creation of the Bisbee Copper Mining and Smelting Company of Blue Hill, Maine; signed by nine prominent businessmen of Camden, Maine; Belfast, Maine and Bangor, Maine. 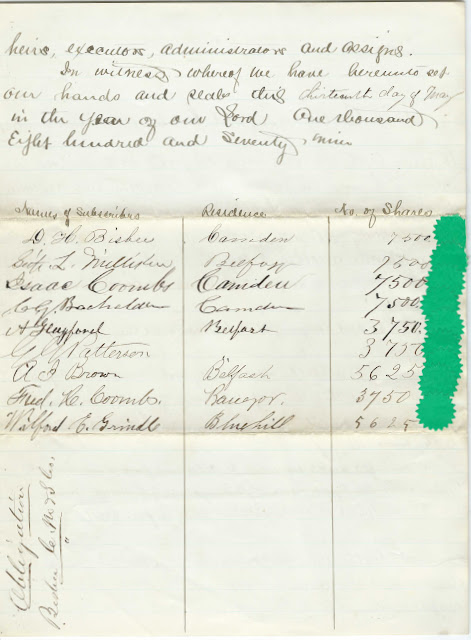 The men are:  [If you note discrepancies in the brief family histories provided for each man, please leave a comment or contact me directly so that I can make corrections.] 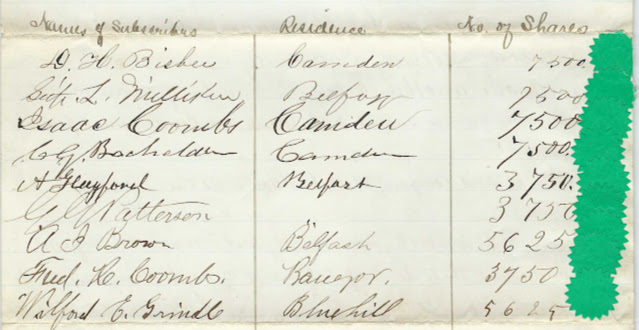 Interestingly, while I was researching online, I found an 1879 quit claim deed regarding the Bisbee Copper Mining and Smelting Company; it contains several of the names shown above.

Posted by Pam Beveridge at 2:03 PM