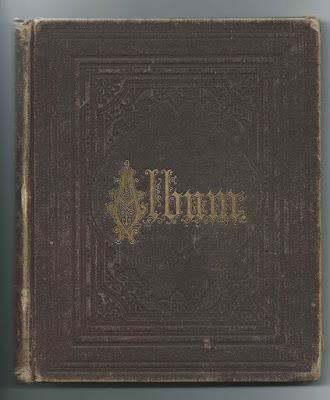 1870s/1880s autograph album of Miss Artemisia Sallie Chiles, "Artie", of Independence, Missouri.  She, or someone else, wrote her name on the second end paper. 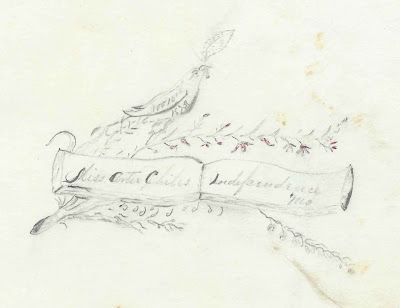 The album measures approximately 8-1/4" by 7" and contains the sentiments of nearly 60 of Artie's relatives and friends from Missouri, Wisconsin and Ohio.  The album, published in Philadelphia by Porter & Coates, also contains 5 full page engravings, in addition to that on the title page below. 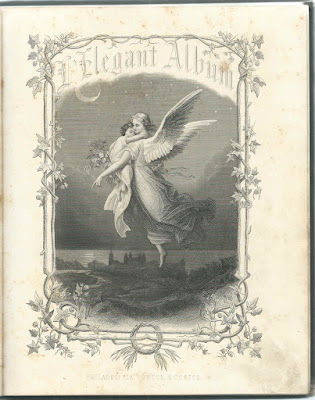 Artemisia Sallie Chiles was born January 20, 1857 in Missouri, the daughter of Samuel Irwin Chiles and Mary Elizabeth (Hamilton) Chiles.  Samuel was presumably the "Pa", who inscribed a page on March 15, 1876. 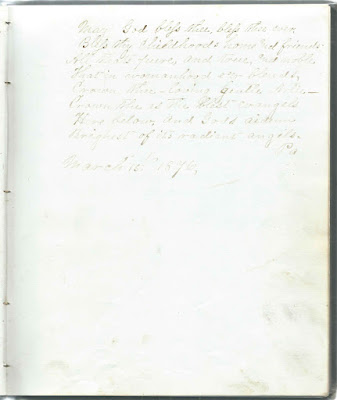 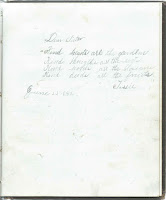 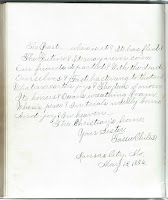 If you have corrections and/or additions to the information provided above, please leave a comment or contact me directly.

Inscribers in the Album - given names within a surname might not be in alphabetical order.