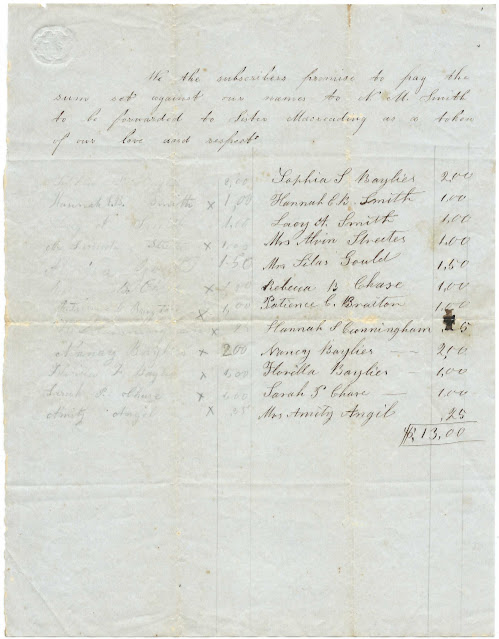 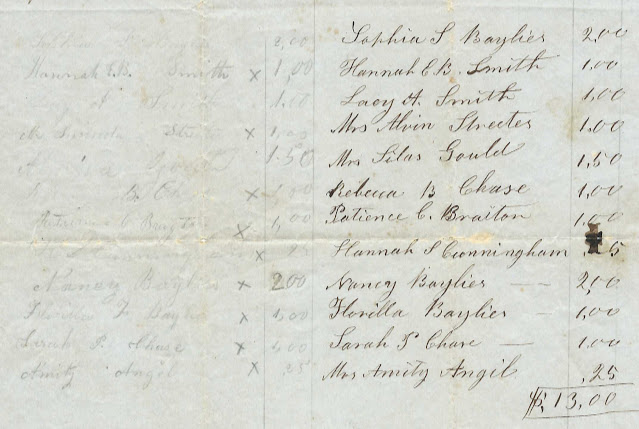 Sister Macreading might have been:
The subscribers appear to be residents of Southbridge, Massachusetts, possibly from a church with a connection, or past connection, to either Rev. Macreading, or both.

The document measures approximately 9-3/4" by 7-3/4"; the reverse is blank.  The names the left side of the document, which correspond to those on the right, were written in pencil and are very faint.   The pledges total $13.00.

Events that could have precipitated the raising of this aid:

The Mrs. Amity Angel I identified on the subscriber list below, assuming I have the correct person, died in 1868, so that would rule out the death of Rev. Charles Sinclair Macreading, Jr., but could have reflected an earlier illness or loss suffered by himself or his family.

Transcript of the paragraph at top:

We the undersigned subscribers promise to pay the sum set against our names to N. M. Smith to be forwarded to Sister Macreading as a token of our love and respect.

Names and Pledges
If you have corrections and/or additions to the information above, please leave a comment or contact me directly.