Autograph Album given in 1893 to Hannah Winslow (Thurber) Smith Wentworth of Franklin, Maine, by her grandson George Eben Hill 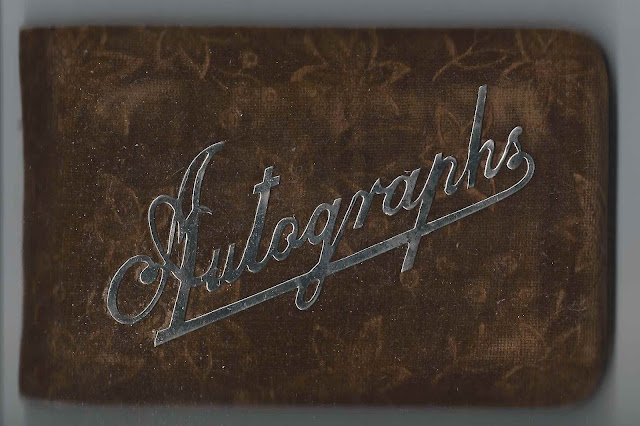 Hannah's name wasn't spelled out, but two people in the album called her grandmother; Hannah was their common denominator. 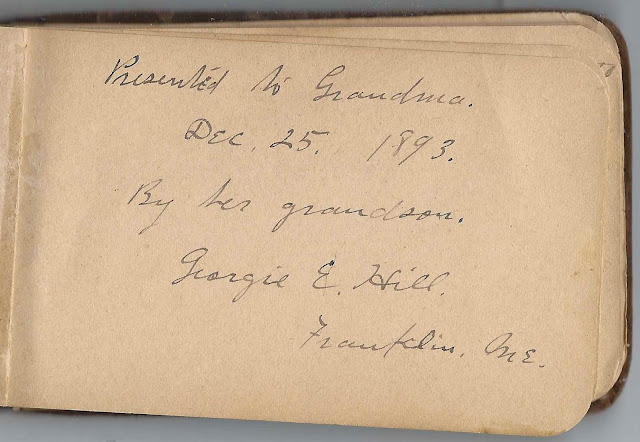 George Eben Hill was the son of Ebenezer Hill and Phoebe Nickerson (Wentworth) Hill, Hannah's daughter from her second marriage, to Joseph Card Wentworth.  George signed another page on 6 April 1895, although his handwriting looks a tad different. 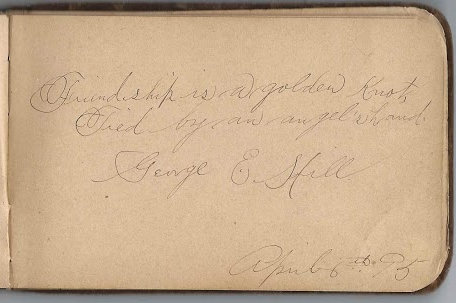 The album is approximately 5-1/2" x 3-1/2" and contains the sentiments of about 20 of Hannah's relatives and friends.  An alphabetical list of the signers appears at the end of this post.

Tucked inside the album is the calling card of Herbert Cleveland Smith. 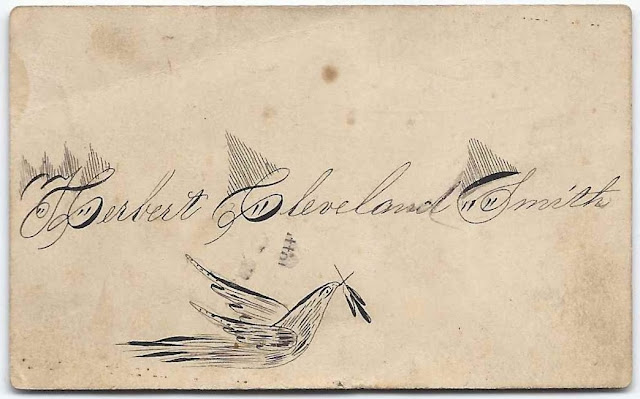 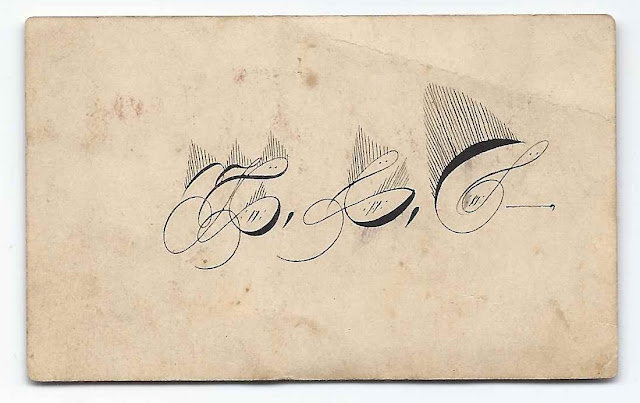 The album covers are faded velvet with a floral design; attached to the front cover is the word "Autographs" in metal. 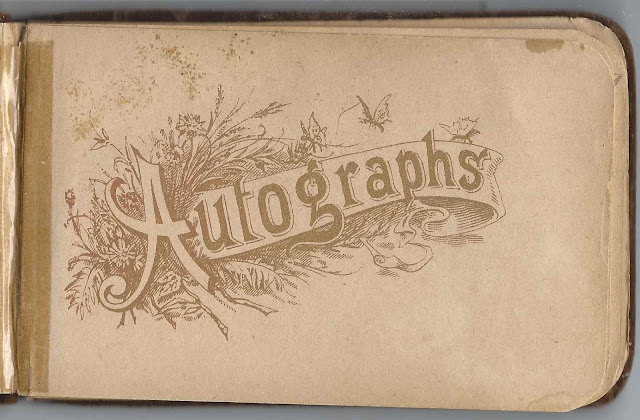 Another of Hannah's grandchildren signed several pages in her album; thankfully she called herself a granddaughter on one of them.  Ina Phoebe Smith was the daughter of Nancy C. (Foster) Smith and Charles Joseph Smith, Hannah's son from her first marriage to Captain Joseph Smith. 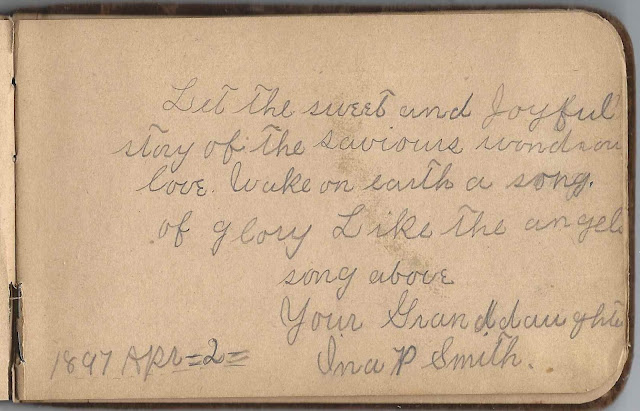 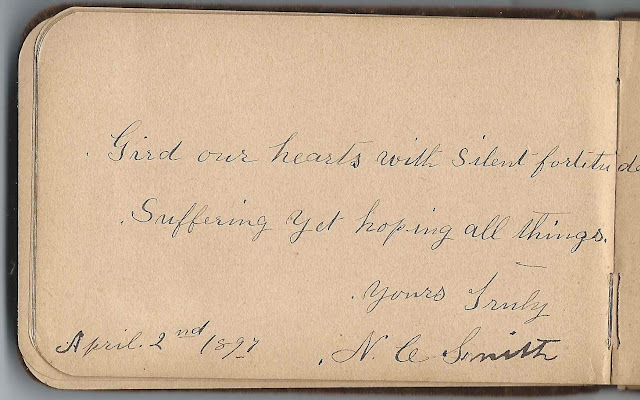 Hannah Winslow (Thurber) Smith Wentworth was born 11 August 1821 at Trenton, Maine, the daughter of Benjamin and Mary (Winchester) Thurber, who were born in New Brunswick and Nova Scotia, respectively.

Before Joseph died in 1850, he and Hannah had two children:

Charles and Nancy's daughter, the above mentioned Ina Phoebe Smith, was born 22 August 1886 at Franklin, Maine.  Ina married George A. Linscott in 1903.  George was born at Hancock, Maine, on 21 October 1881, son of Lorenzo M. and Harriet (Lord) Linscott.


George Eben Hill, who presented the album to Hannah at Christmas 1893, was the son of Phoebe Nickerson Wentworth and her husband Ebenezer Hill.  According to his World War I draft registration card, George was born 29 December 1875; his marriage record gave his birthplace as Wells Beach, Maine.

George married Minnie Sadie Wells, daughter of Nahum and Olive (Manuel) Wells.  Minnie was born 21 February 1876 at Kennebunk, Maine, according to her birth and marriage records.