1887-1900s Autograph Album of Jennie, with signers from Boston, Massachusetts, and Maine 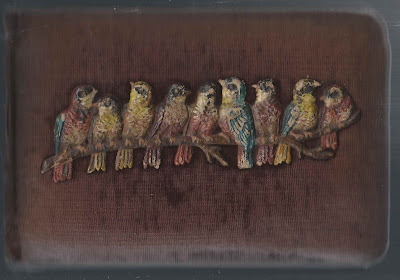 Autograph album given to Jennie at Christmas in 1887 by Millie C. Morrill, who penned a presentation page and also signed another page at Boston, Massachusetts, on December 25, 1887. 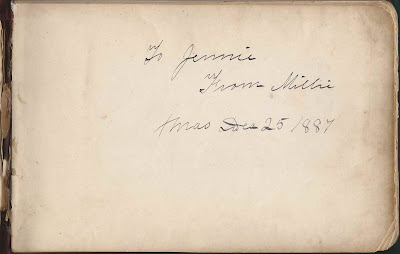 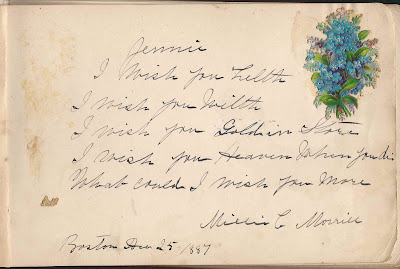 The Christmas celebration in 1887 at which Jennie received the album apparently occurred at Boston, but several of the signers, who signed at other times, were from the Maine counties of Washington, Hancock and Waldo.

The album has a decoration of raised relief birds on red velvet, now faded.  It's approximately 8-1/4" x 5-1/2" with 30 pages inscribed to Jennie by her aunt Mrs. D. McCulloch and other people, some of whom may have been her relatives but did not specify a relationship, other than friend. 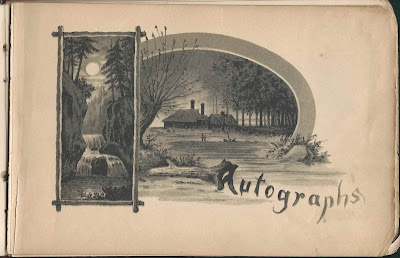 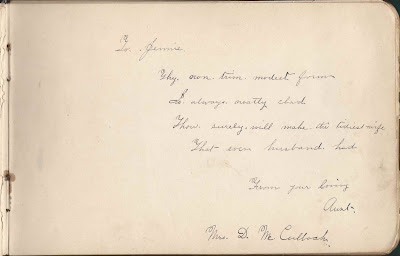 My hope is that a reader will recognize Mrs. D. McCulloch and the names of at least some of the others signers and will leave a comment with a theory as to Jennie's identity.

Jessie Gray signed a page at Boston, Massachusetts, on December 28, 1887. 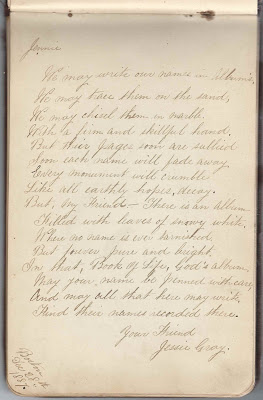 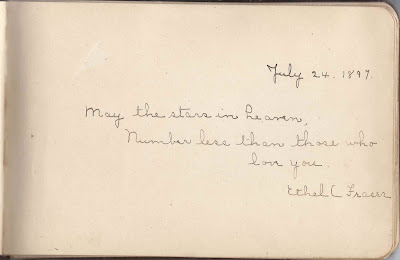 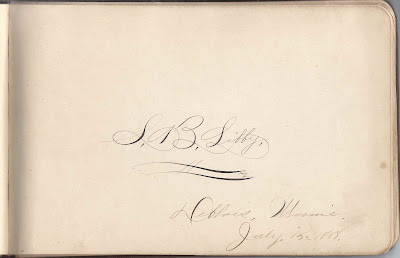 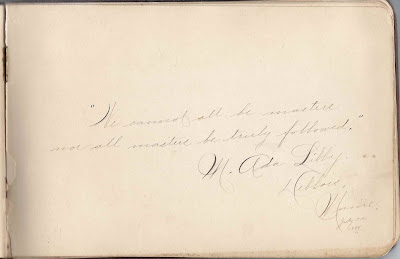 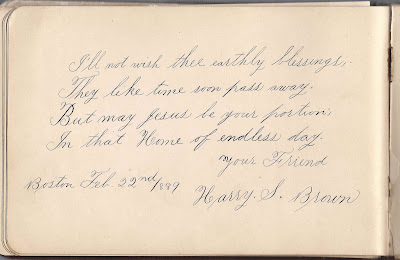 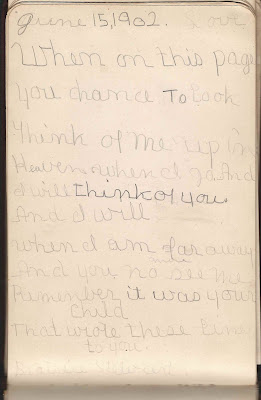 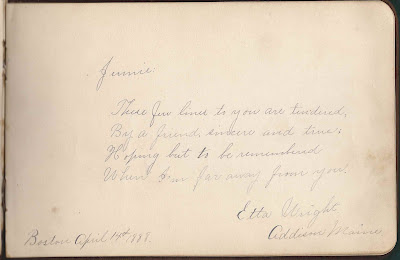 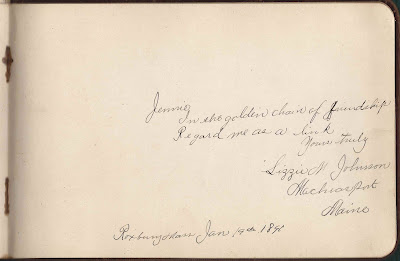 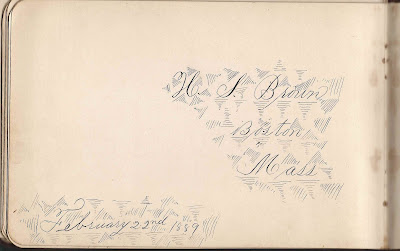 Alphabetical list of signers [Note: given names within a specific surname may not be in alphabetical order.]


If you have a theory as to the identity of album owner Jennie, please leave a comment or contact me directly.  Thanks!