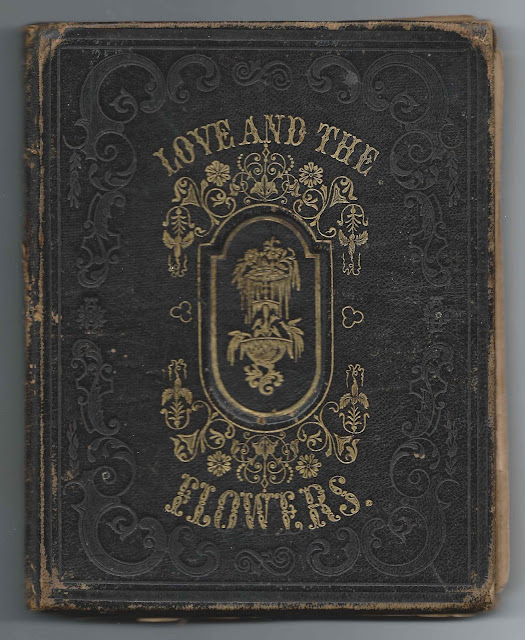 1850s autograph album that belonged to Mary Caroline Gudger, "Mollie", of Buncombe County, North Carolina.  Some of the autographs were collected after Mollie's marriage to William Hamilton Moore. 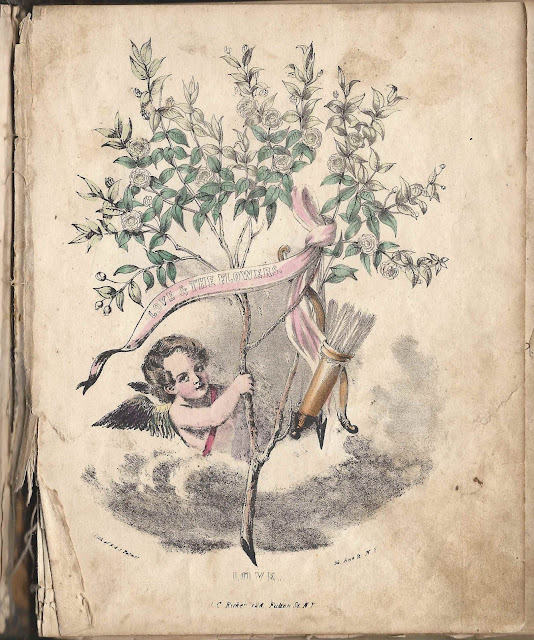 As you can see from the title page, this album was published by the J. C. Riker Company of Fulton Street, New York, and contains lithographs produced and hand colored by the firm that the famous lithographer Fanny Flora Bond Palmer created with her husband at 34 Ann Street.  Fanny was most famous as a lithographer for Currier and Ives.

There are four other illustrations interspersed throughout the album

One of the first pages of text in the album was from a later era when Mollie gave the album to her daughter Margaret Elizabeth (Moore) Patton.  She inscribed another page and overleaf to Margaret later on in the album. 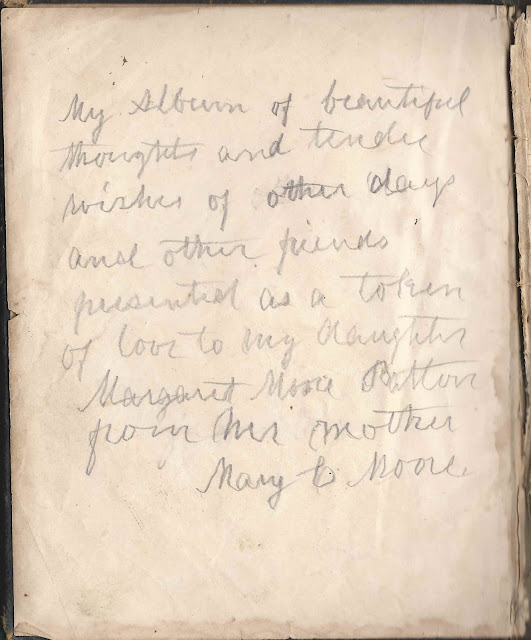 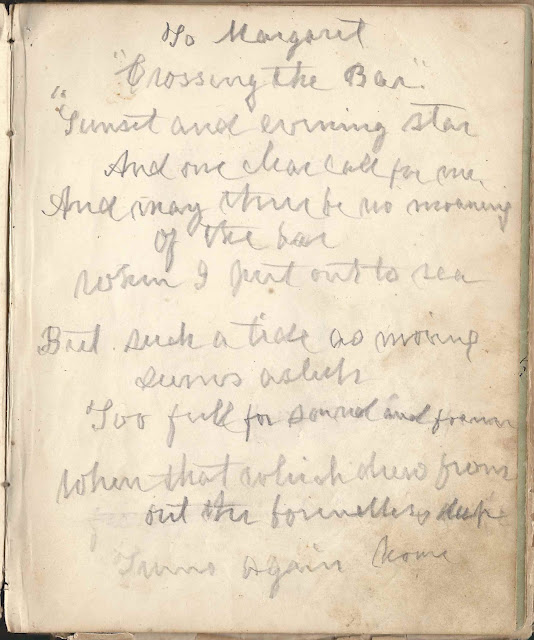 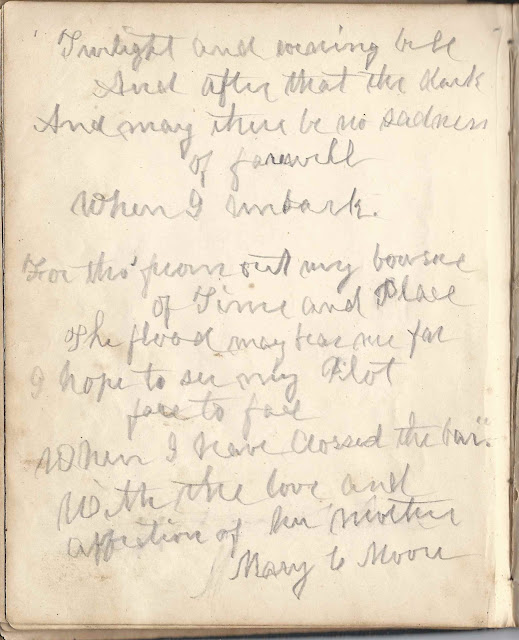 The album is approximately 7-3/4" x 6" and contains the sentiments of 25 of Mollie's relatives and friends, in addition to the two pages Mollie inscribed to her daughter Margaret.

An alphabetical list of the signers appears at the end of this post, though in the custom of that era many people did not sign their full names or residences.

A huge help in identifying the Mollie who owned the album was the page signed by E. S. Gudger who called herself Mollie's mother. 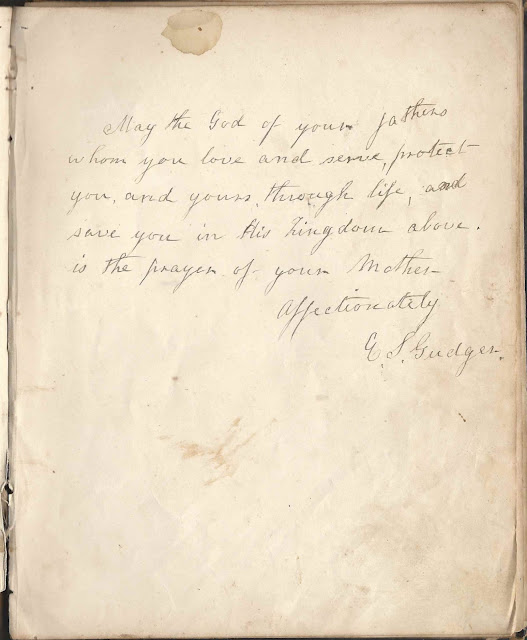 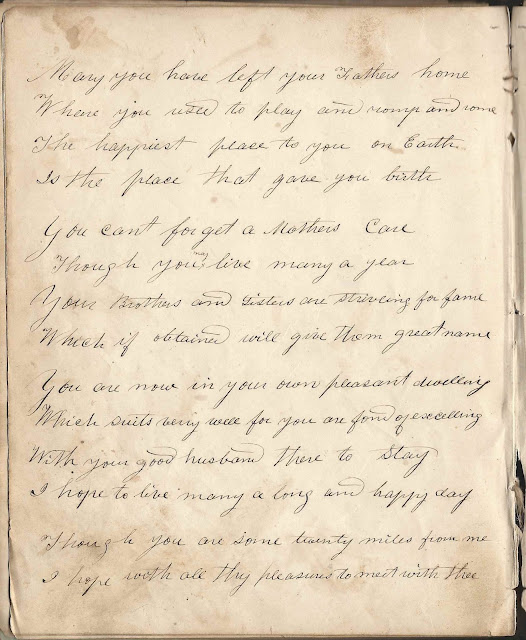 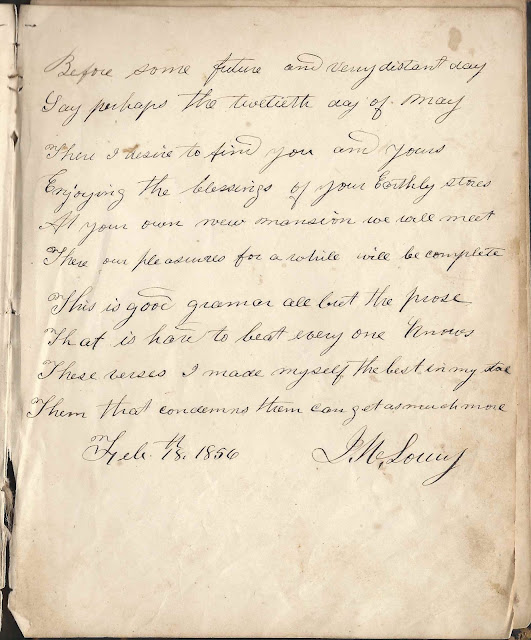 At least three of Mollie's other relatives were among the signers.  Her brother David, presumably David Madison Gudger, signed the inside front cover and first end paper. 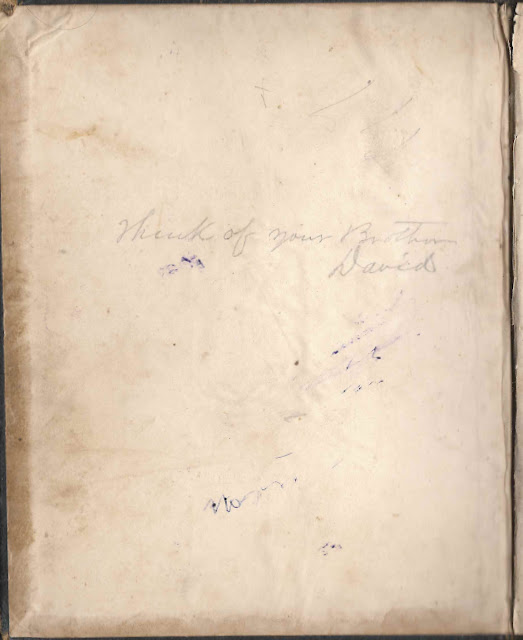 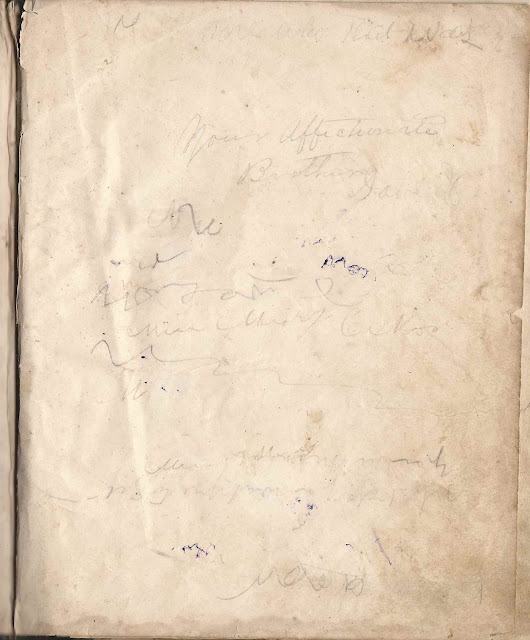 And I wonder if the Cassius who signed a page at Okefenoke, presumably in the Georgia/Florida area, on March 1, 1856, was another brother, James Cassius Lowry Gudger. 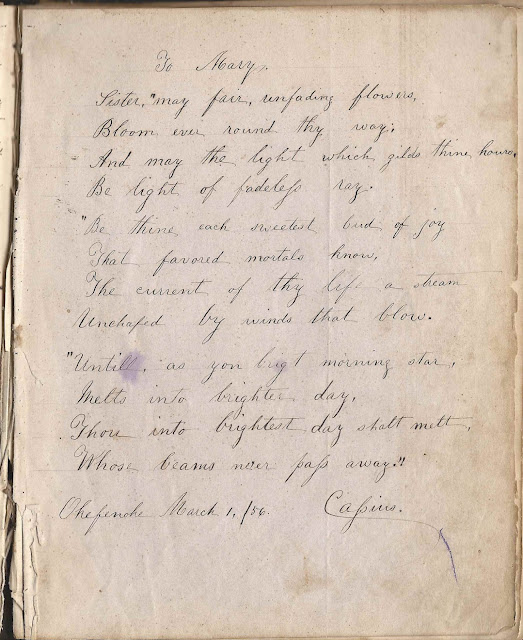 Mollie's cousin Lou signed a page at Waynesville [no state given] on April 4, 1854. 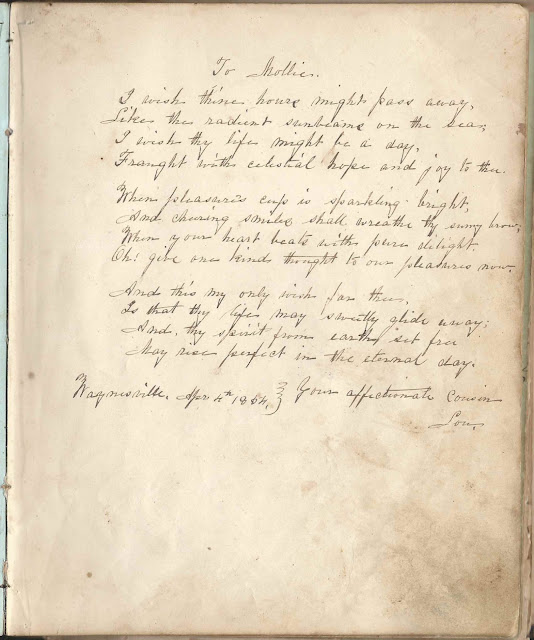 William had been a merchant in his early years and served in the military during the Cherokee Disturbances in 1838.  After his military service, he became a farmer.

It's interesting that some of the entries after Mollie's marriage are inscribed to Mary.  Perhaps these were new acquaintances unfamiliar with the nickname or perhaps Mollie had decided to use her given name.

From what I could find online, hopefully correct, Mollie and William had seven children, all presumably born in Buncombe County:


I found a wonderful account of William Hamilton Moore and Mary Caroline (Gudger) Moore and their children here, including a description of Mollie's pleasant disposition and penchant for story telling, some of which stories made their way into "Aunt Mary's Story Book for Children", a collection typed up by Charles J. Rice in 1913.

William died in 1879.  It appears that Mary didn't remarry; she died in 1917 in Hominy, North Carolina, after living with daughter Lucy Swain (Moore) Gaston and her family for 25 years.

If you have corrections and/or additions to the information above, or information or insights into any of the signers listed below, please leave a comment or contact me directly.  Thanks!

Alphabetical list of signers, though many signers did not give a complete name, if any name at all: [Note: given names within a specific surname may not be in alphabetical order; some women are listed twice, once by maiden name and once by married name.]