1897 Teacher's Notebook of Flora Hanscom at a School in Machiasport, Maine 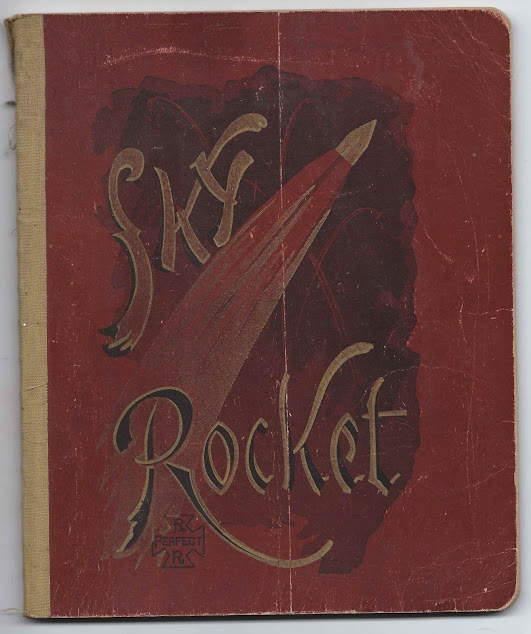 "Sky Rocket" notebook that belonged to teacher Flora Hanscom at a school at Machiasport, Maine, and started on April 26, 1897. 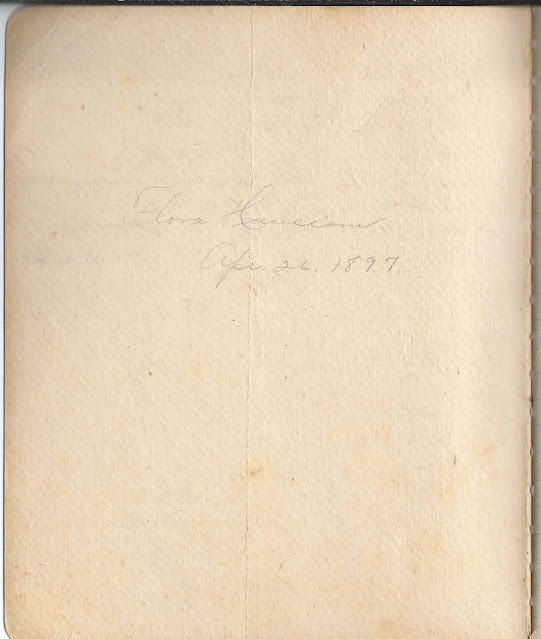 Flora was from East Machias, Maine, but my research shows that most of the students lived at Machiasport.  Though the towns abut, it's possible that Flora boarded with a Machiasport family.
The notebook is approximately 8-1/4" x 6-3/4" and contains nearly 100 pages, though some are unmarked.  Two pages were removed before the notebook came into my possession.  A scrap of paper with musical notation is tucked inside.

Some of the writing spreads over two facing pages.

The pages contain students' names, lesson plans, deportment marks, a list of visitors and several pages of weather for September through November 1897.

Below are images of pages with names of students and, on one page, visitors to the school. 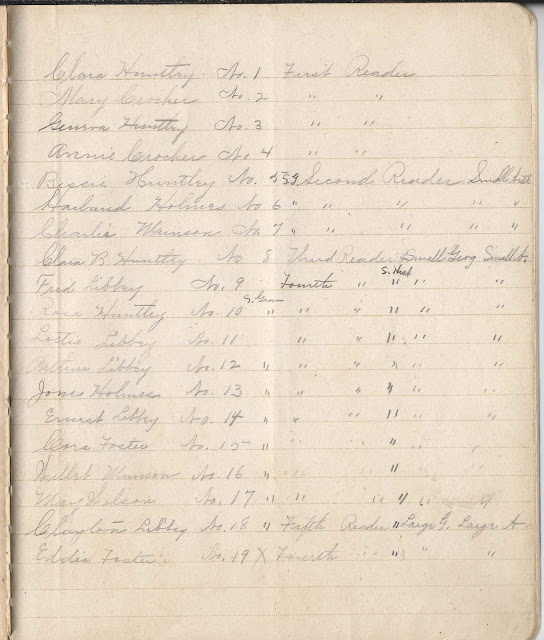 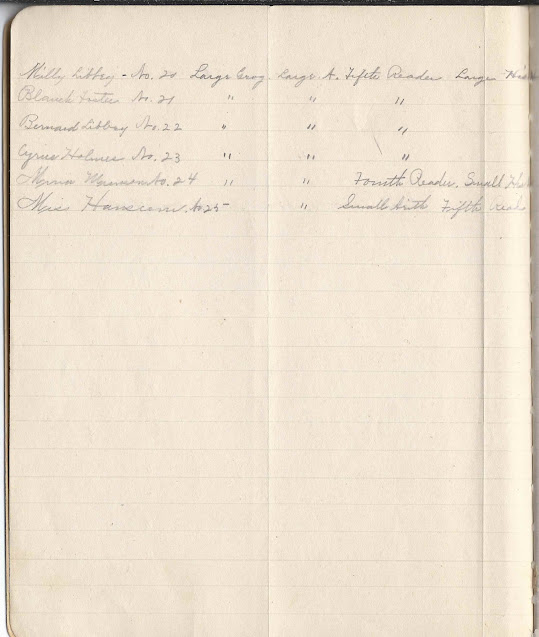 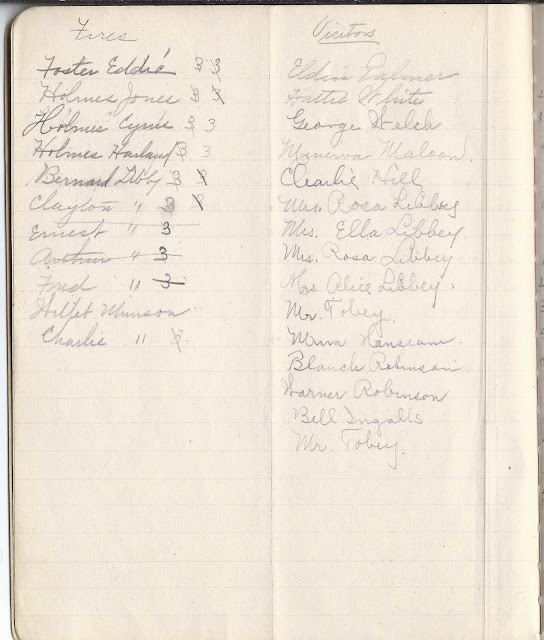 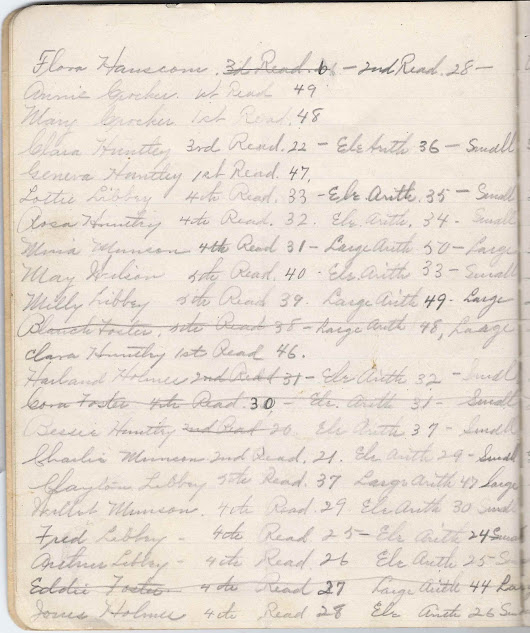 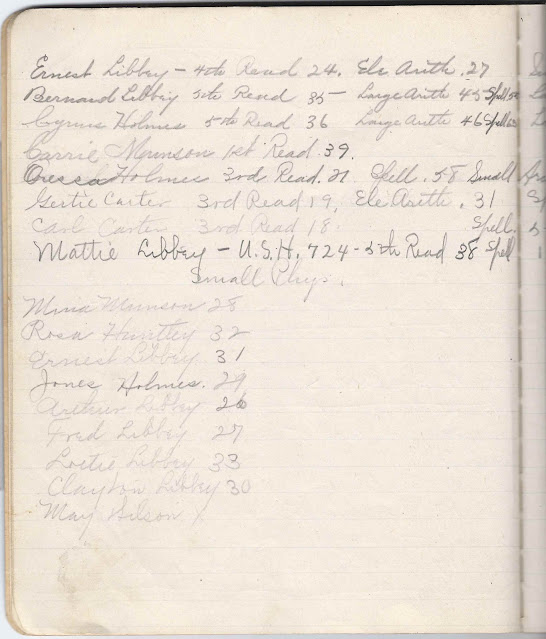 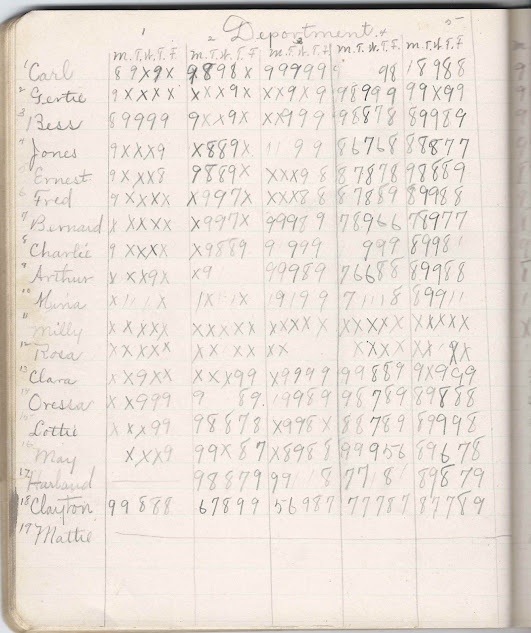 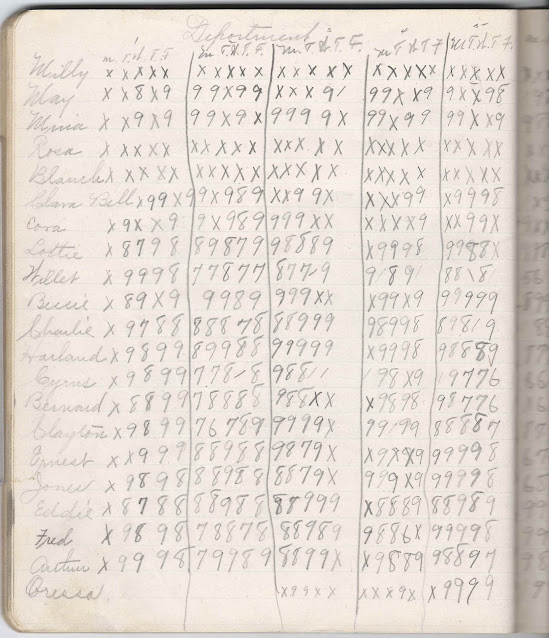 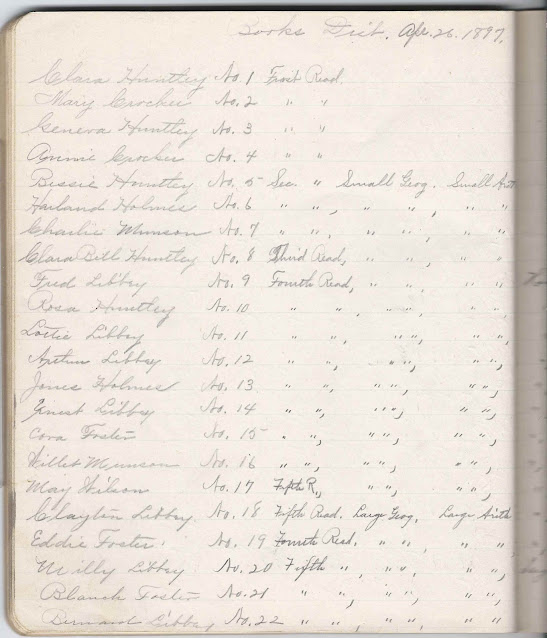 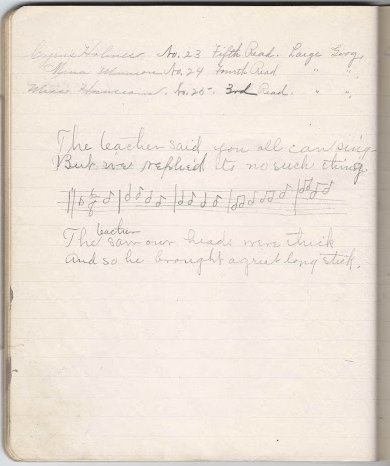 Below are four pages with weather observations from September through November 1897. 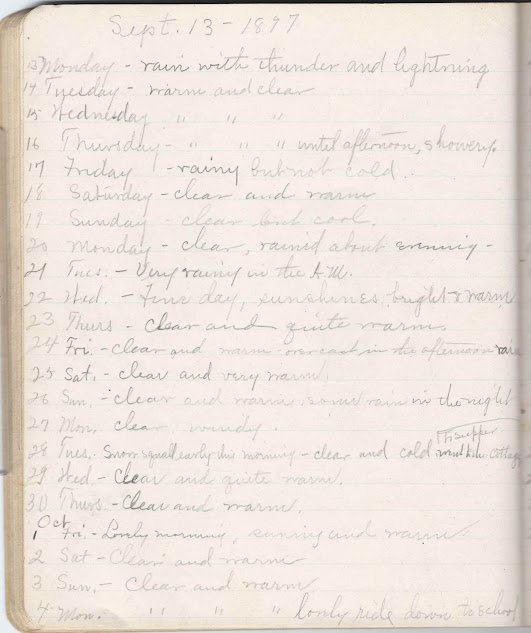 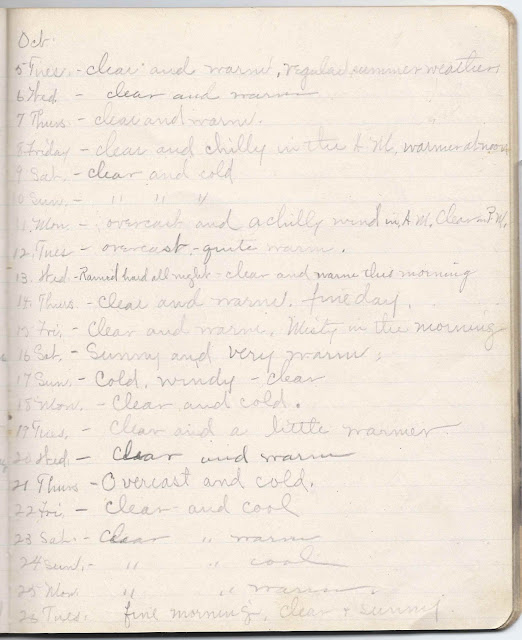 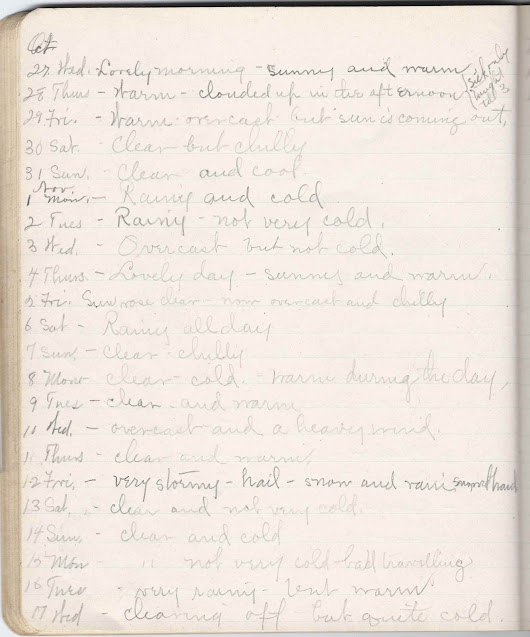 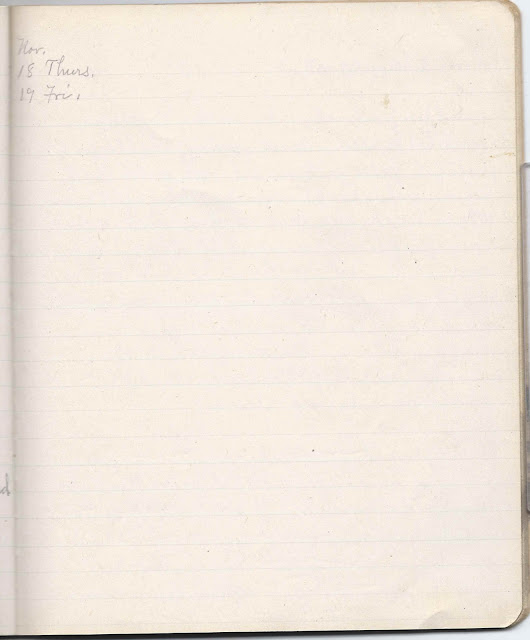 On 3 August 1898, at East Machias, Maine, not long after this notebook was used, Flora married Austin H. Pettigrew (1865-1936), son of Obed and Margaret (Ingalls) Pettigrew.  Austin was born in February 1865 at Machiasport, Maine.

Flora and Austin were at Revere, Massachusetts, at the time the 1900 Census was enumerated.  At that time their daughter Margaret Louise Pettigrew was an infant; Austin was working as a traveling salesman.

By 1910, the family was back in East Machias, now with two children, son Raymond Otis Pettigrew having been born in Rhode Island about 1902.  Austin was working as the manager of a tea company.

The 1920 Census found the family of four at Collingswood, New Jersey, where Austin was working as the manager of a tea company.  In the 1930 Census, Flora and Austin were enumerated at East Machias, Maine, where they were living with their adopted son James, who was born in New Jersey about 1923.  Austin was still working in the tea industry.

Posted by Pam Beveridge at 5:55 PM