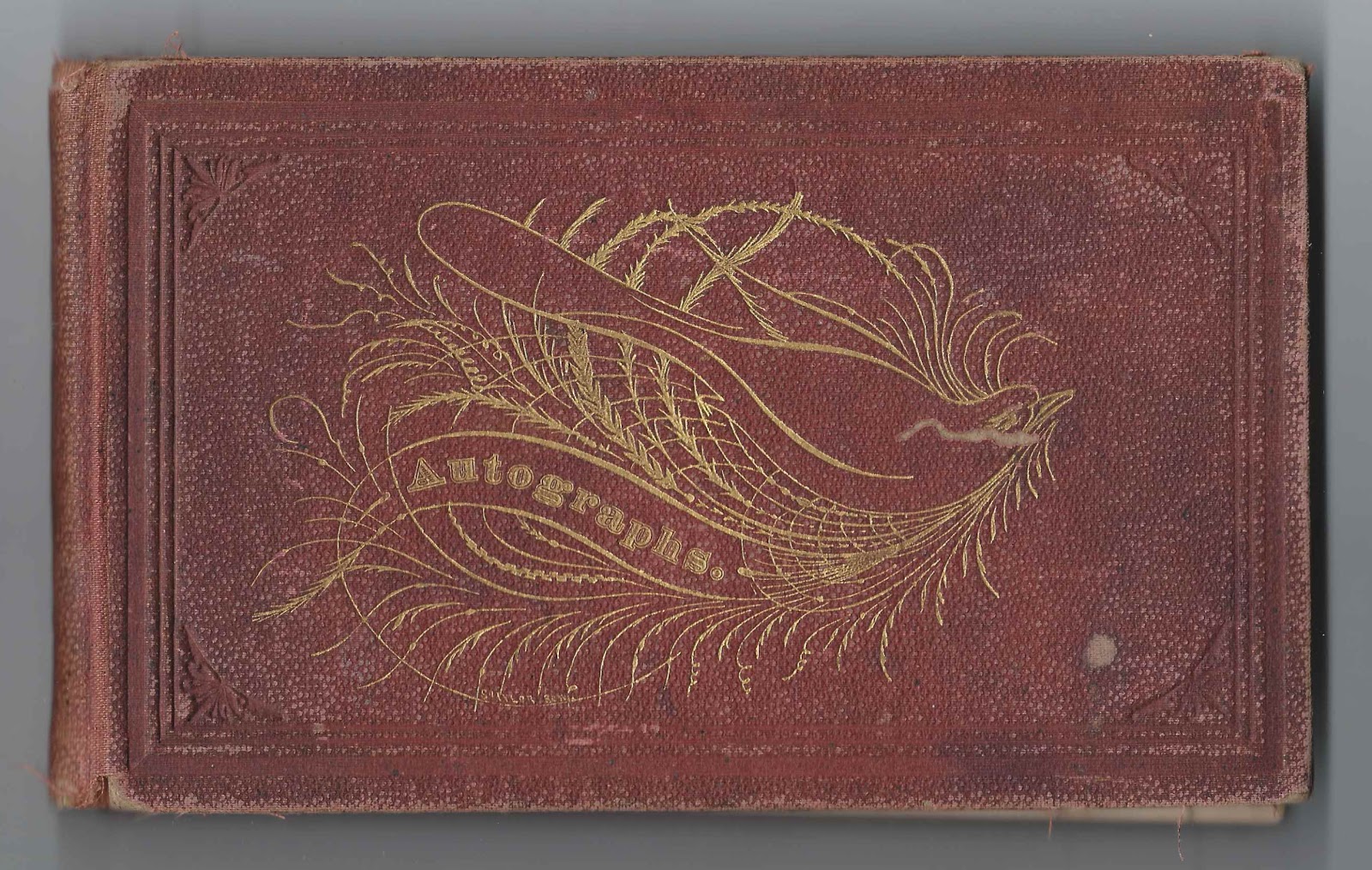 1870s/1880s autograph album that belonged to Clara Belle Shurtleff, "Belle", of White Rock, Gorham, Maine.  She wrote her name below as Belle C. Shurtleff, and some records have her name that way.

A few pages throughout have a preprinted design, like the one in which Clara incorporated her name. 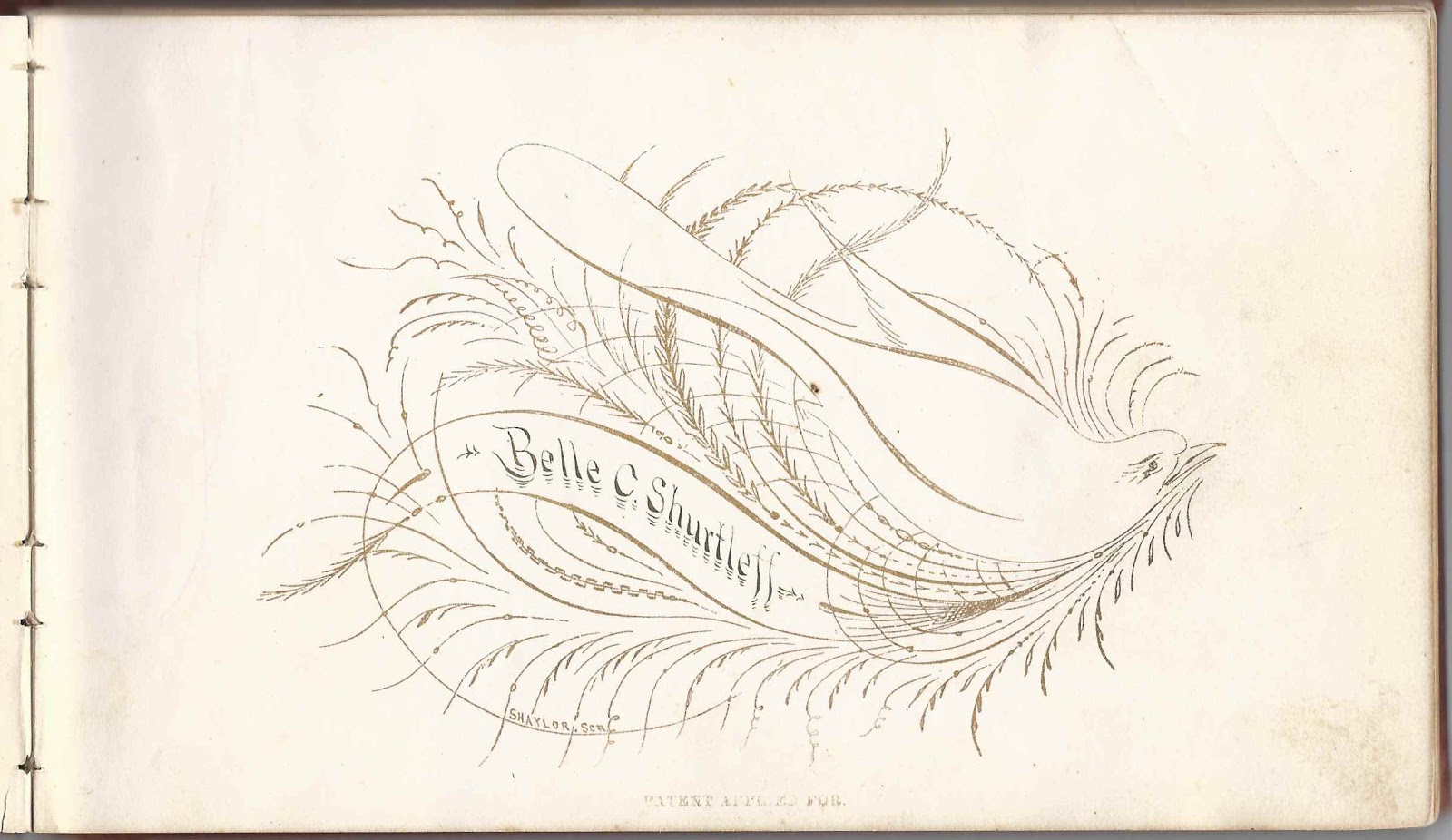 The album is approximately 8" x 5" and contains the sentiments of 37 of Belle's relatives, friends and teachers.  An alphabetical list of the signers appears at the end of this post.

Clara Belle Shurtleff was born 31 December 1860 at Gorham, Maine, the daughter of Atwood Symonds Shurtleff and Mary Elizabeth (Harmon) Shurtleff, who were born at Raymond, Maine, and Bridgton, Maine, respectively.  Belle's mother signed the last page in the album and may have penned the left facing page as well.  Both are shown below. 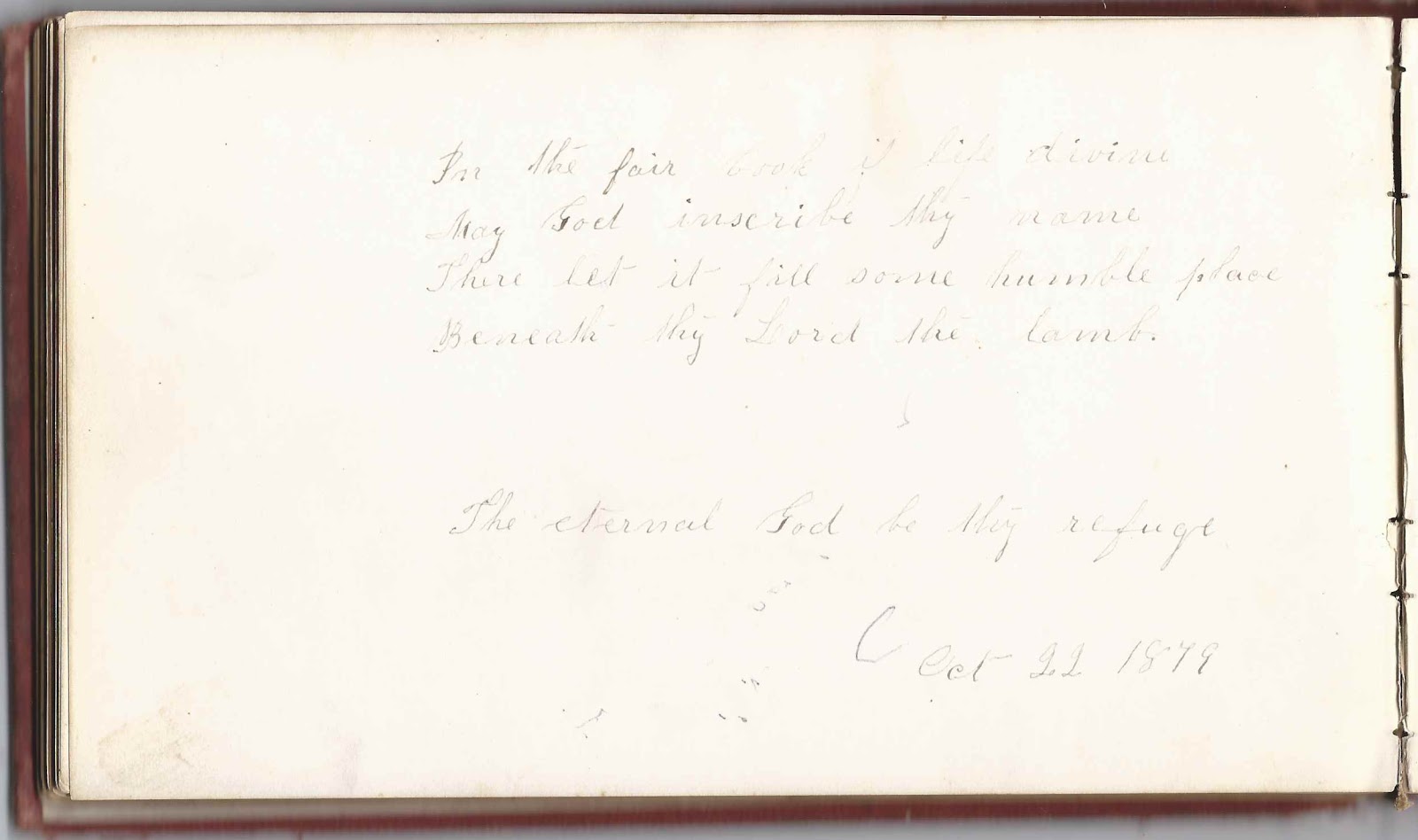 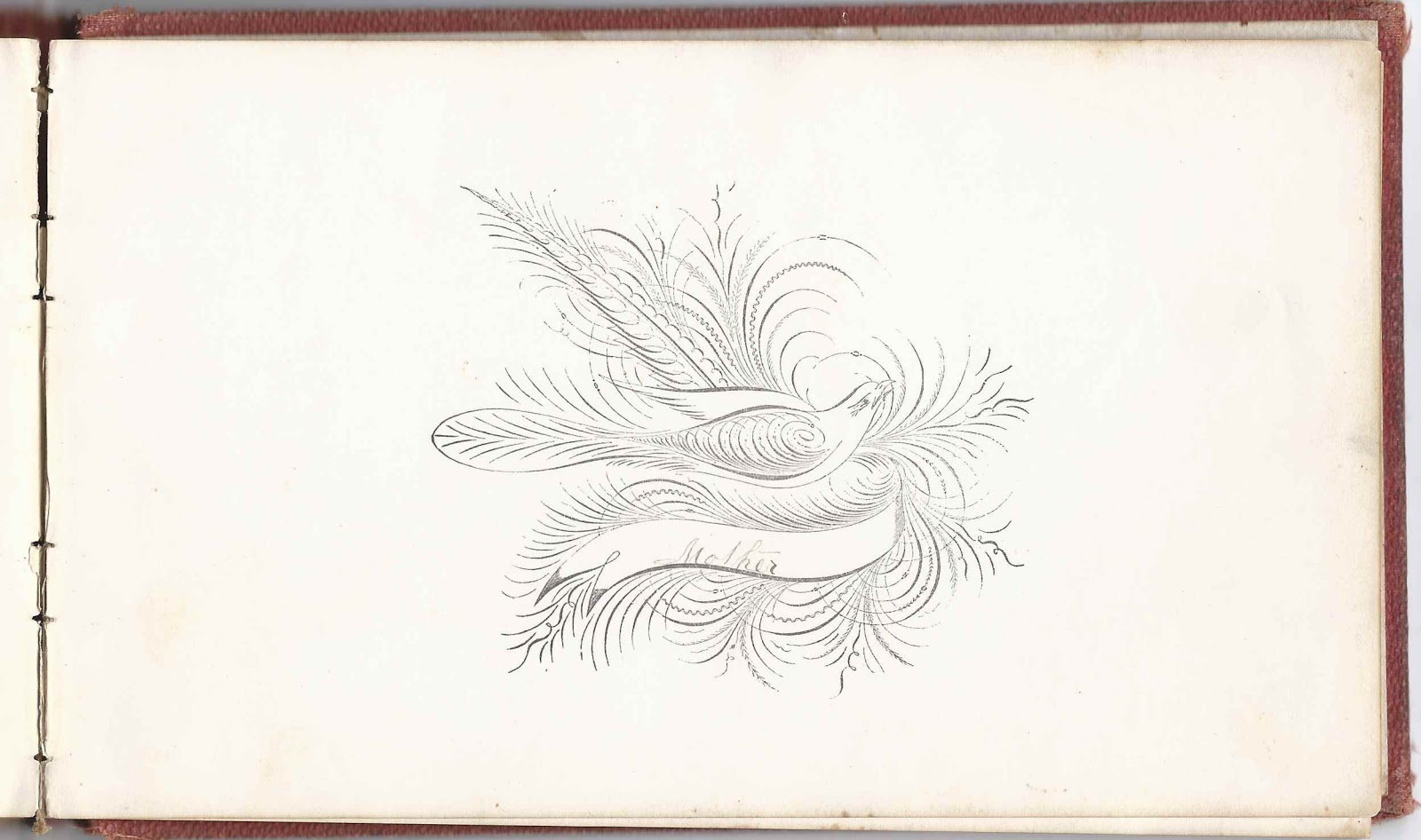 Three of Belle's siblings signed pages in her album.  Nettie May Shurtleff signed a page on October 26, 1879. 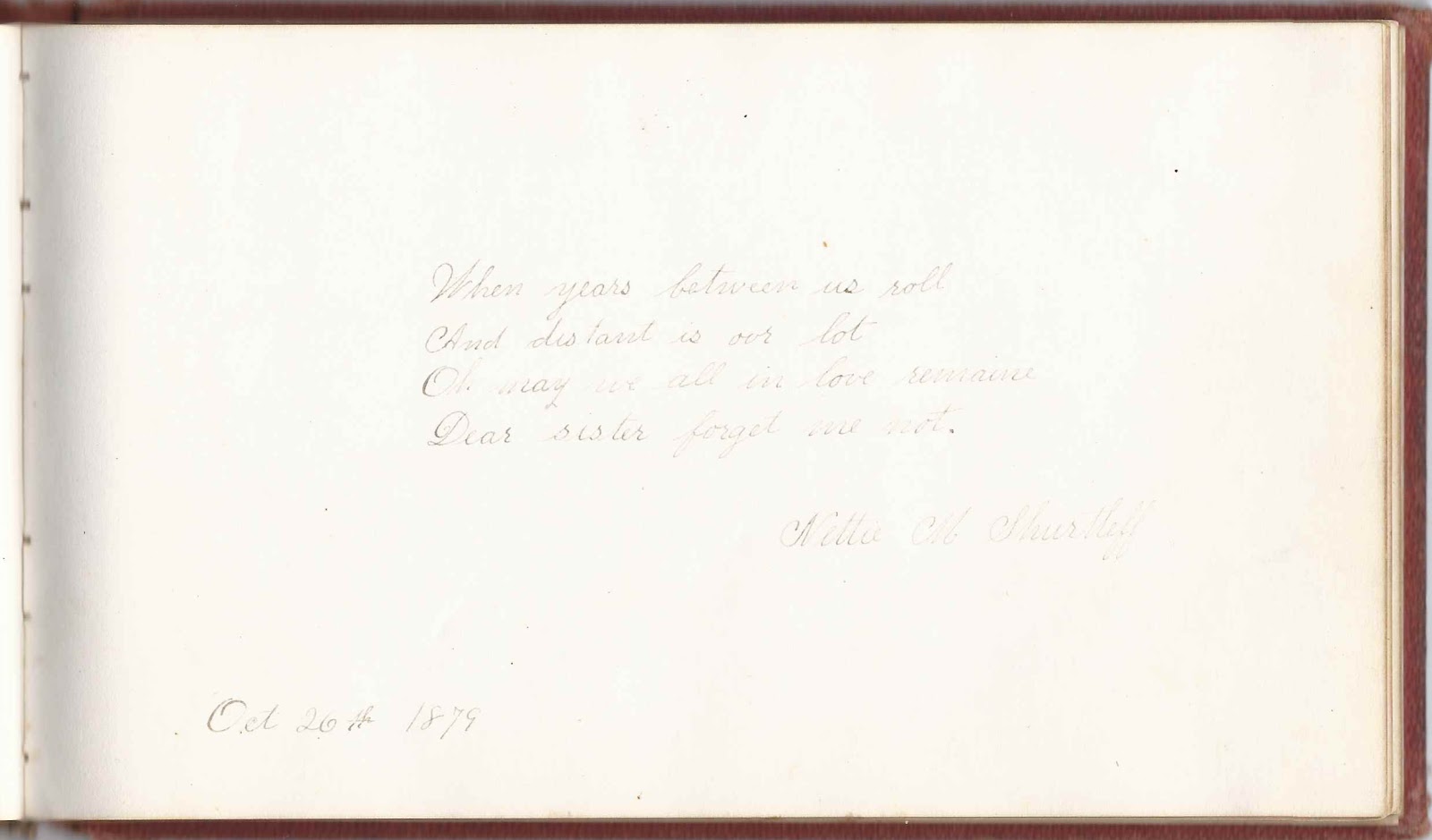 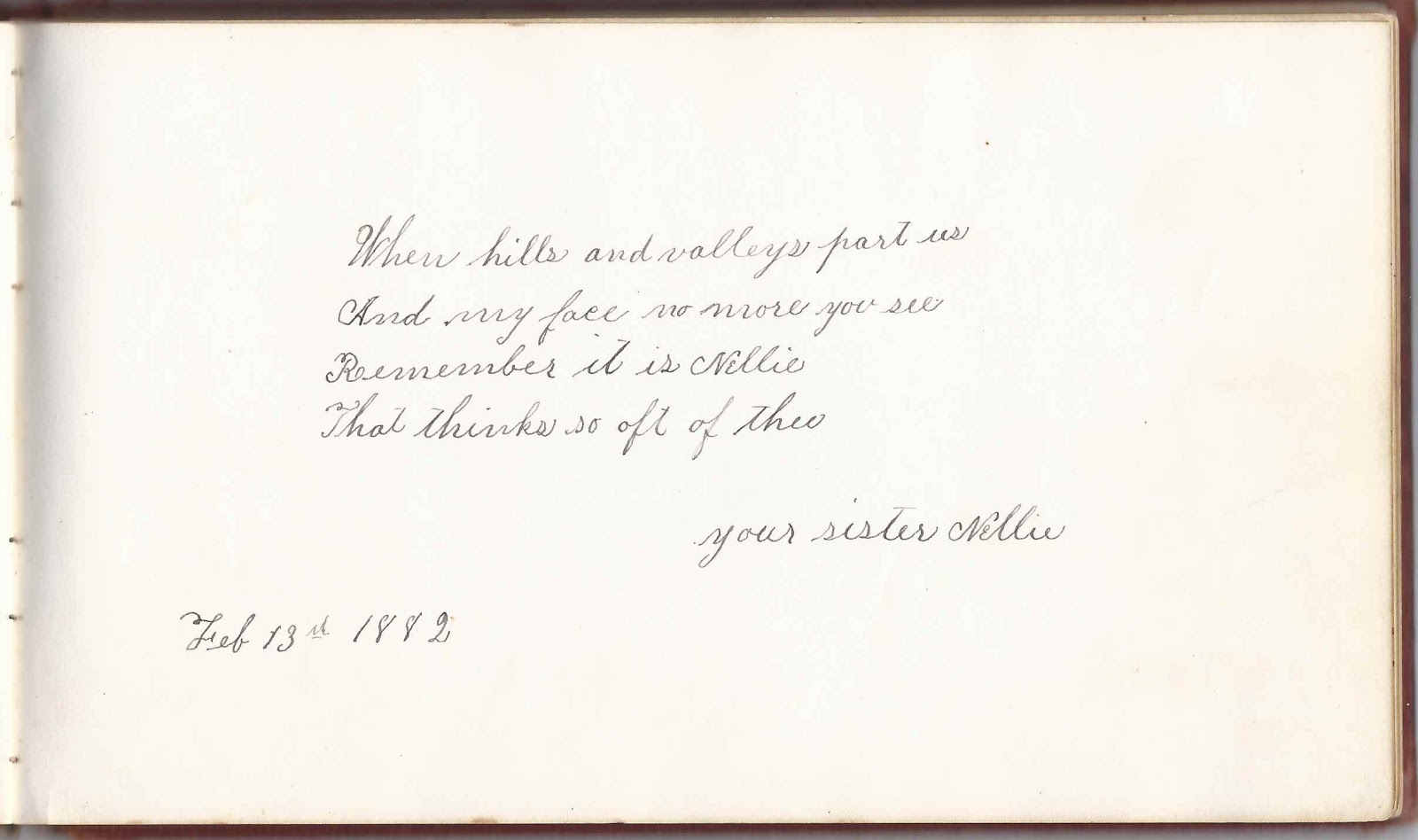 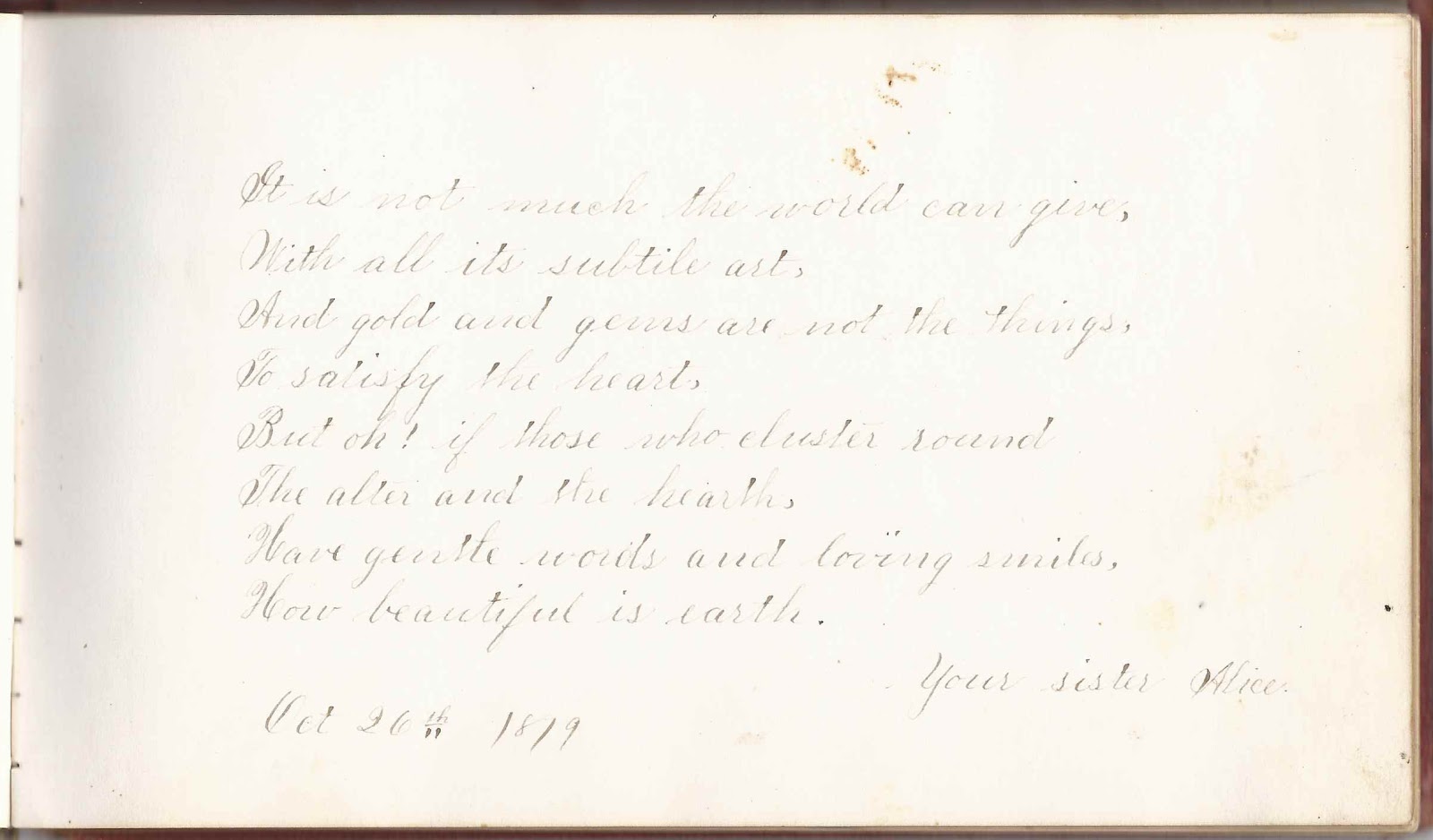 Other relatives, including aunts, cousins and in-laws signed pages.  Refer to the list below.

Belle was a good student, as indicated by this tucked-in semi-monthly report of October 9, 1876. 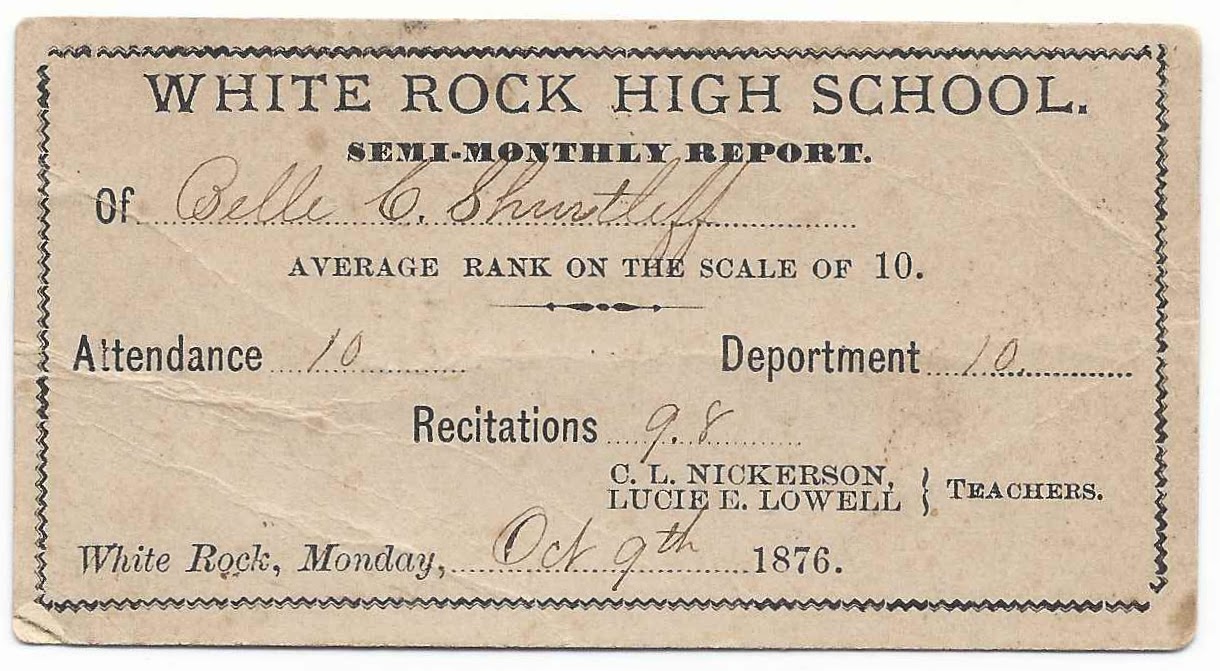 The teachers named on the report were C. L.Nickerson and Lucie E. Lowell.  Lucie inscribed a page in Belle's album. 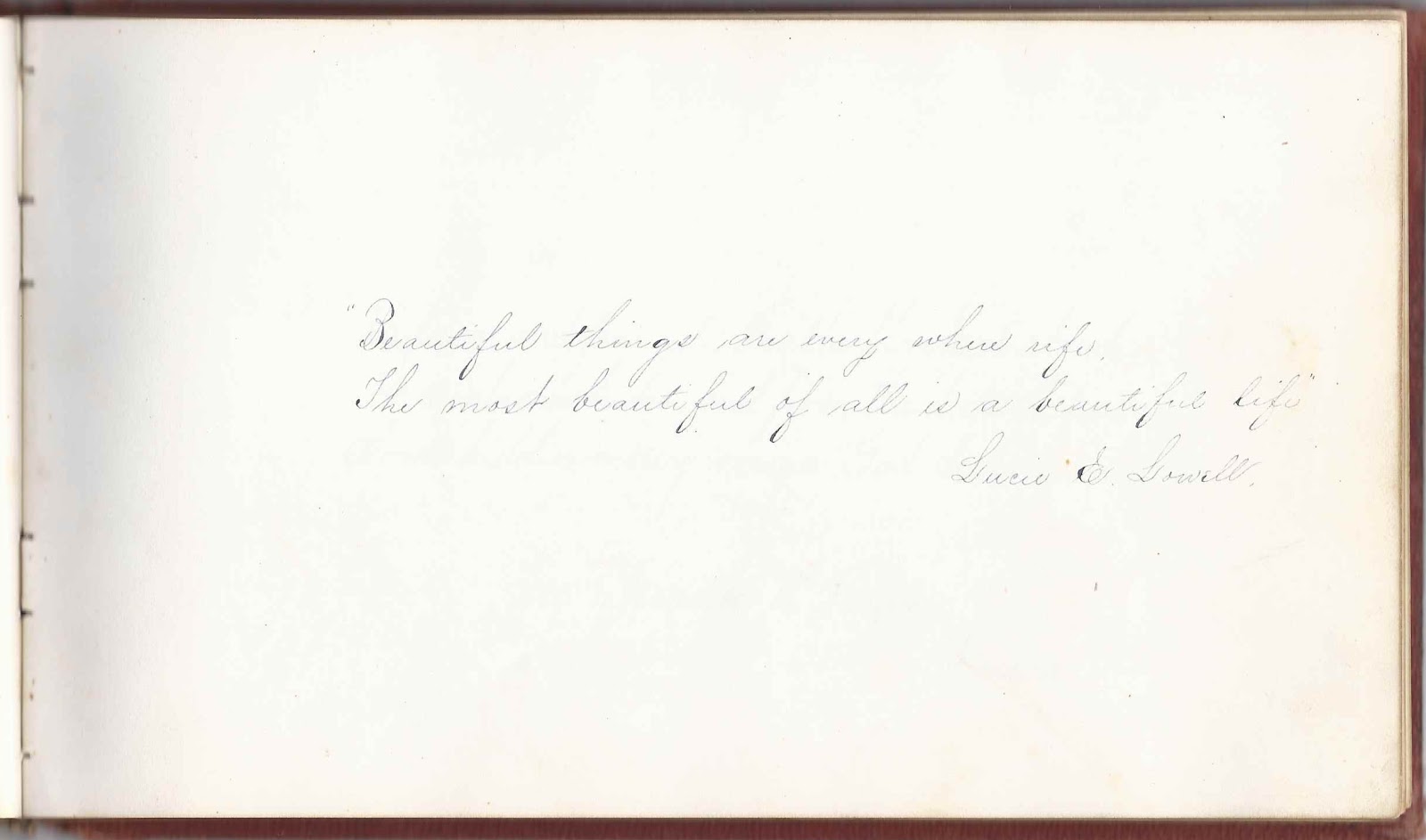 Another teacher who signed a page in Belle's album was Dana Pierce Lowell. 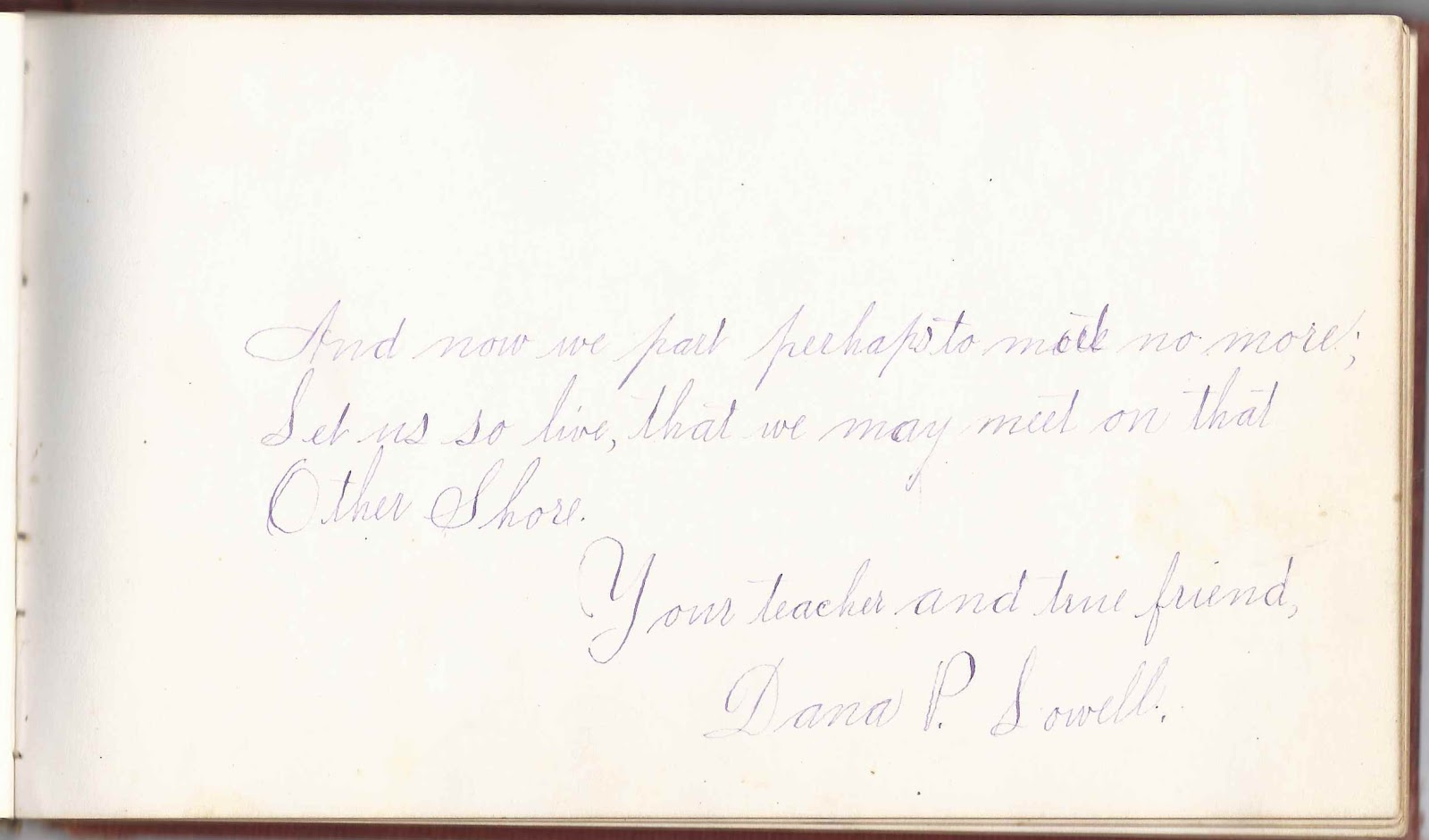 Belle and Joseph Franklin Young farmed and raised, I believe, eight children.  Though Belle was listed as married, Joseph Franklin wasn't listed in the household in the 1910 Census of Gorham, Maine, perhaps an oversight or perhaps for some other reason.  He died in 1914.  Belle lived until 1934.

Posted by Pam Beveridge at 1:33 PM