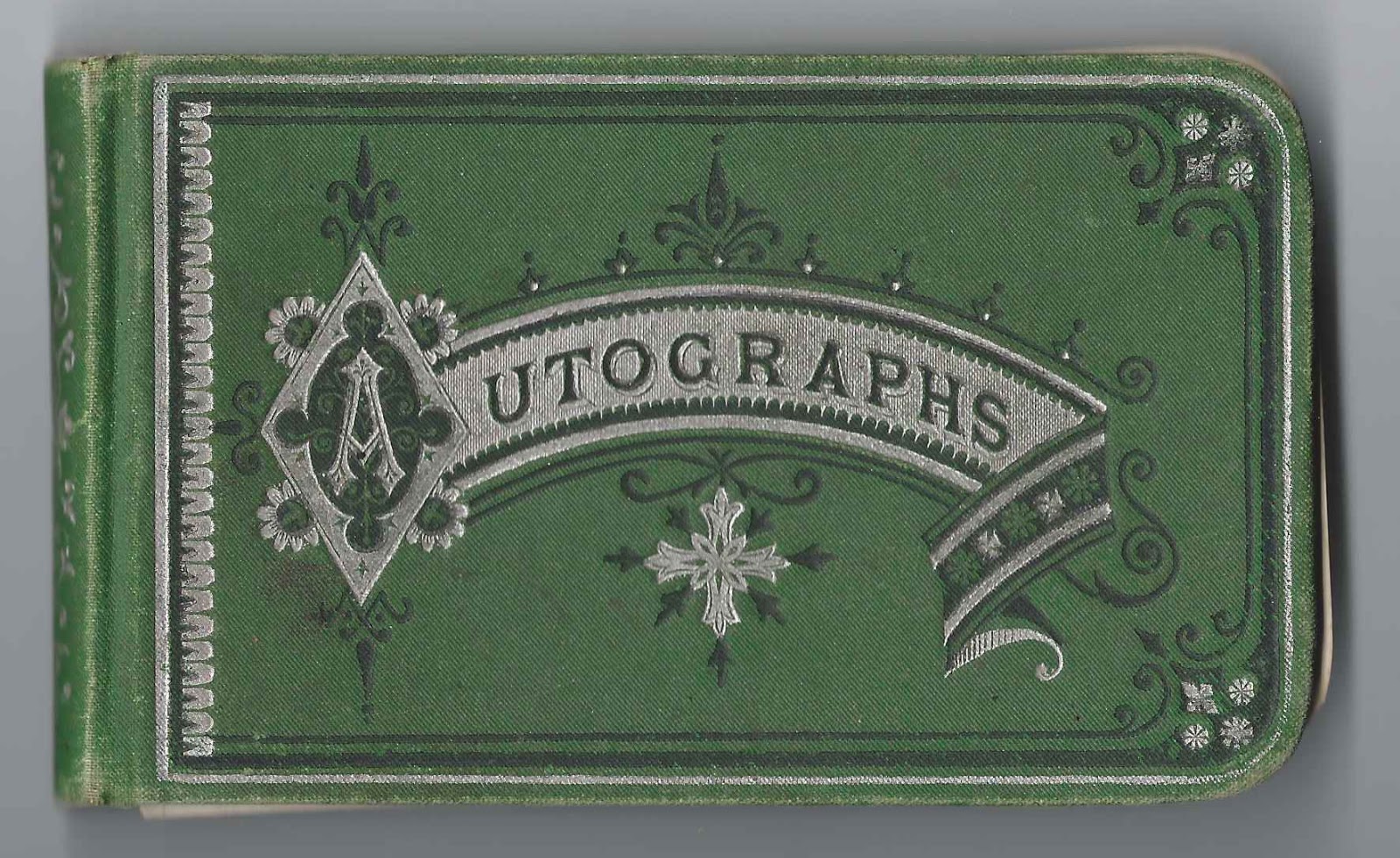 1870s-1890s autograph album that belonged to Mary A. Lewis of the Village of New Hope in Niles, New York. 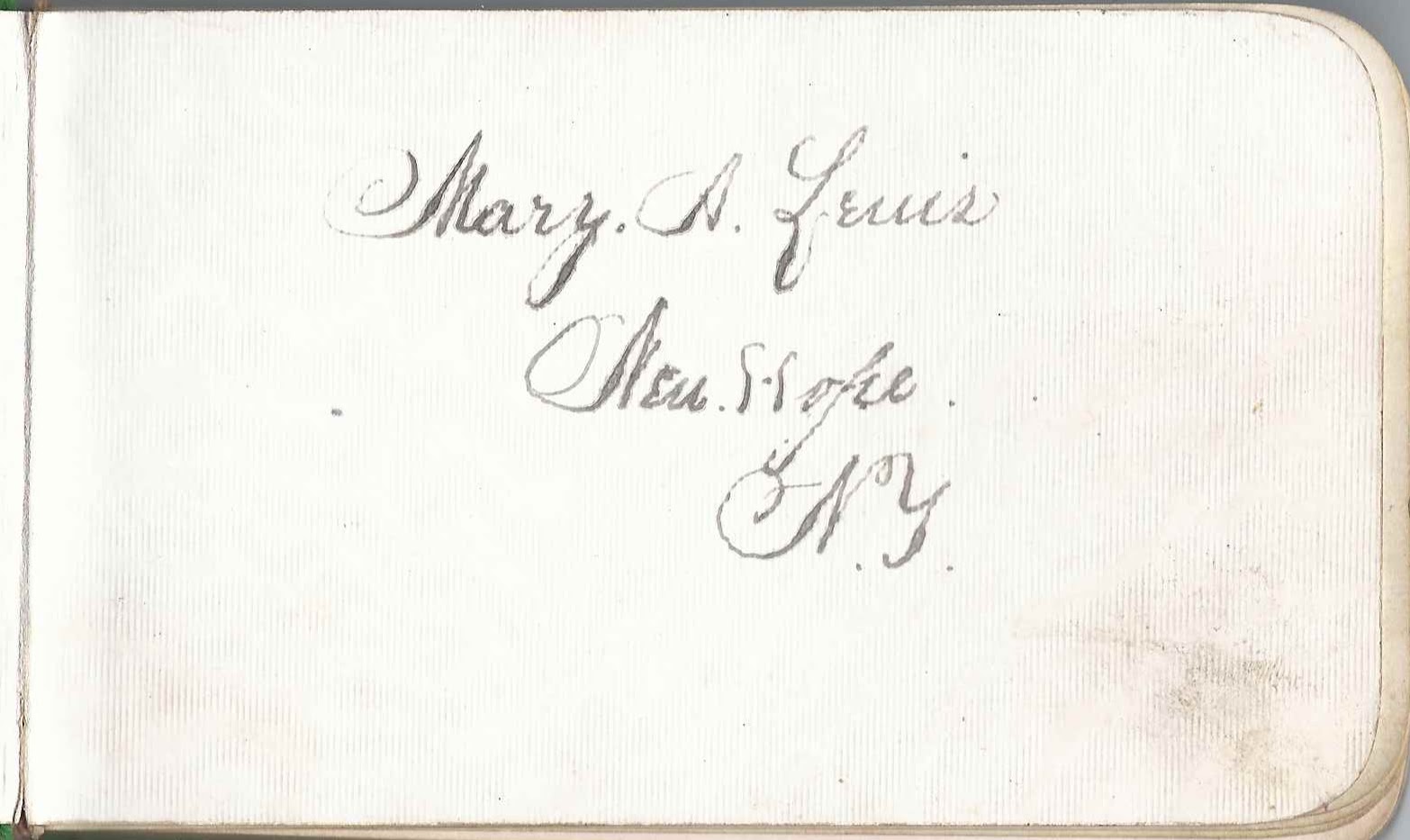 The album is approximately 6-1/4" x 3" and contains the sentiments of 69 of Mary's relatives, schoolmates and friends.  Many of her paternal Lewis relatives and maternal Baker relatives inscribed pages in the album. An alphabetical list of the signers appears at the end of this list. 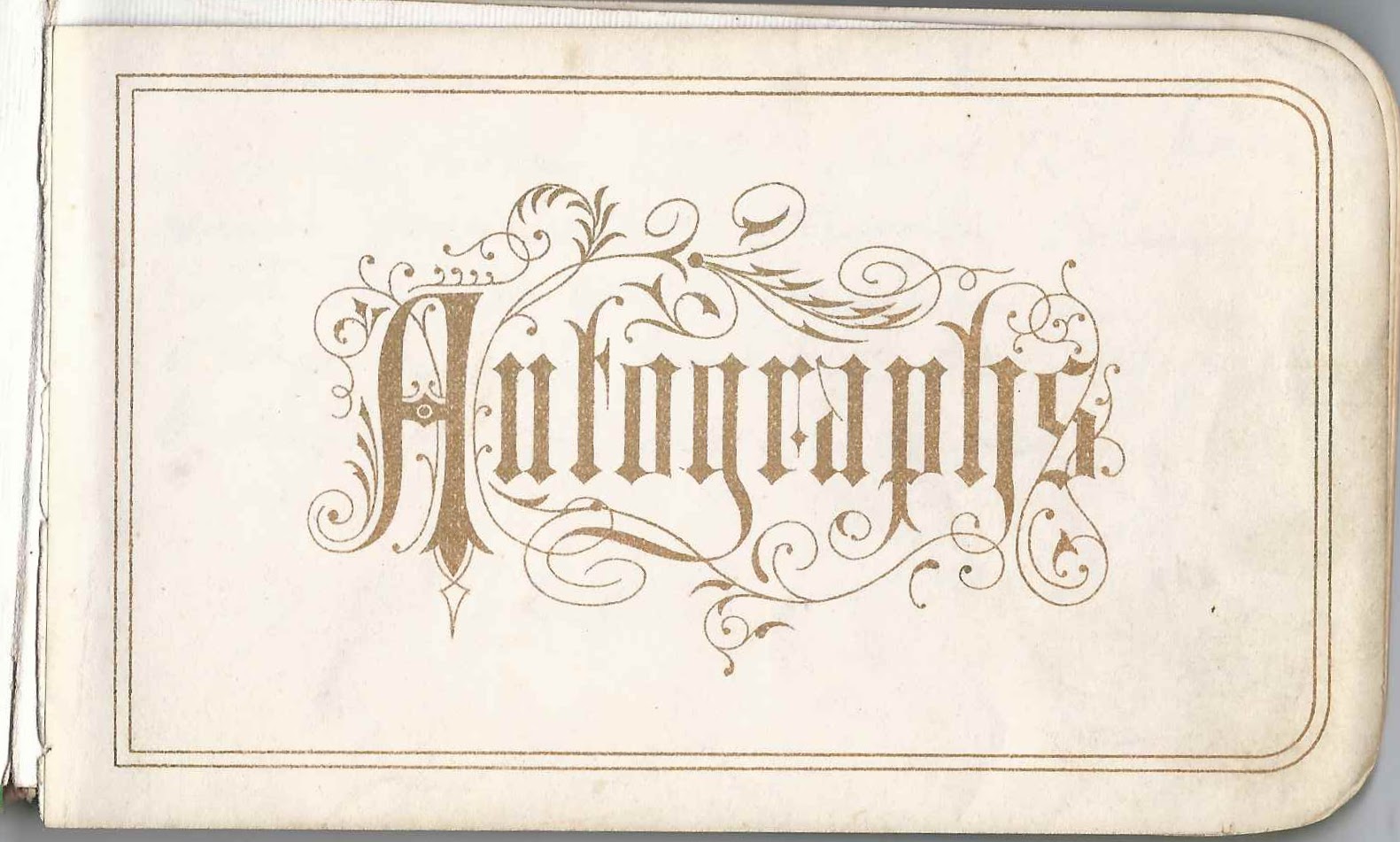 Mary A. Lewis was born about March 1858, the daughter of Benjamin Franklin Lewis, Sr., and Mary Adaline (Baker) Lewis.  Mary's mother signed a page in her album on December 4, 1878.  December 4, 1878 sounds like it was a day of family gathering, as several Lewis and Baker folks signed pages on that day. 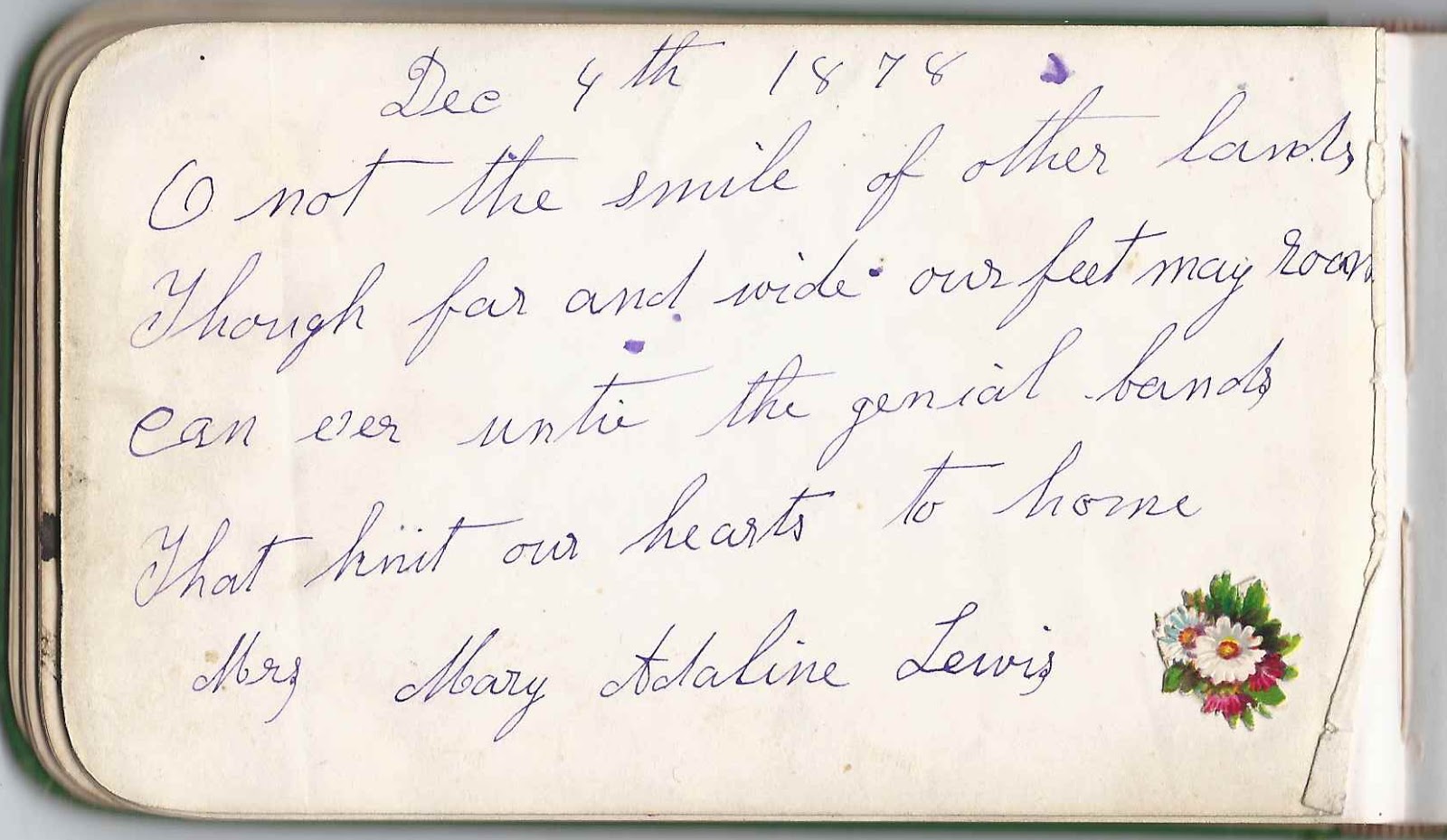 I think the B. ? Lewis who signed one of the first pages in Mary's album was her father Benjamin Franklin Lewis, Sr., who signed his page on December 4, 1878. 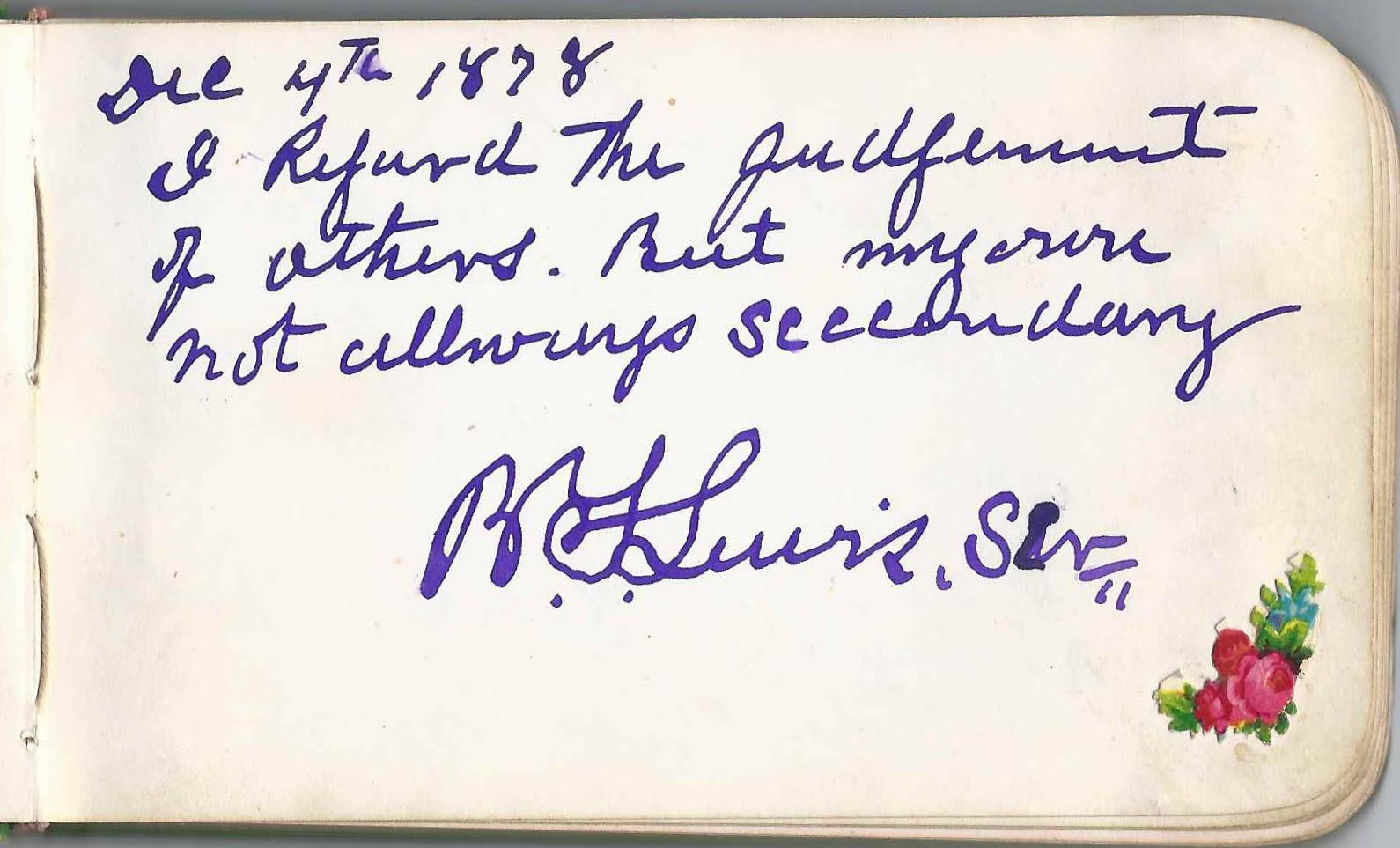 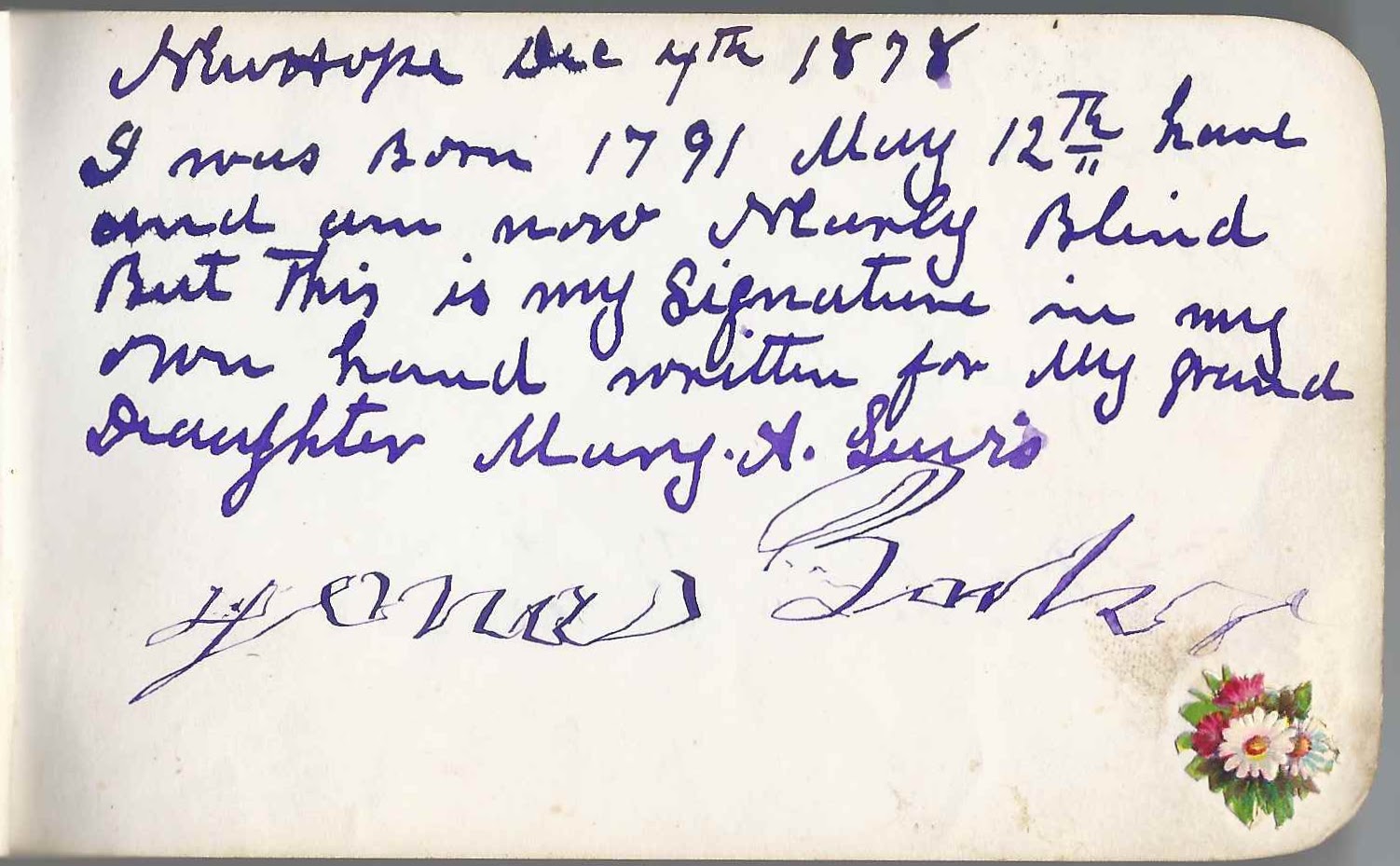 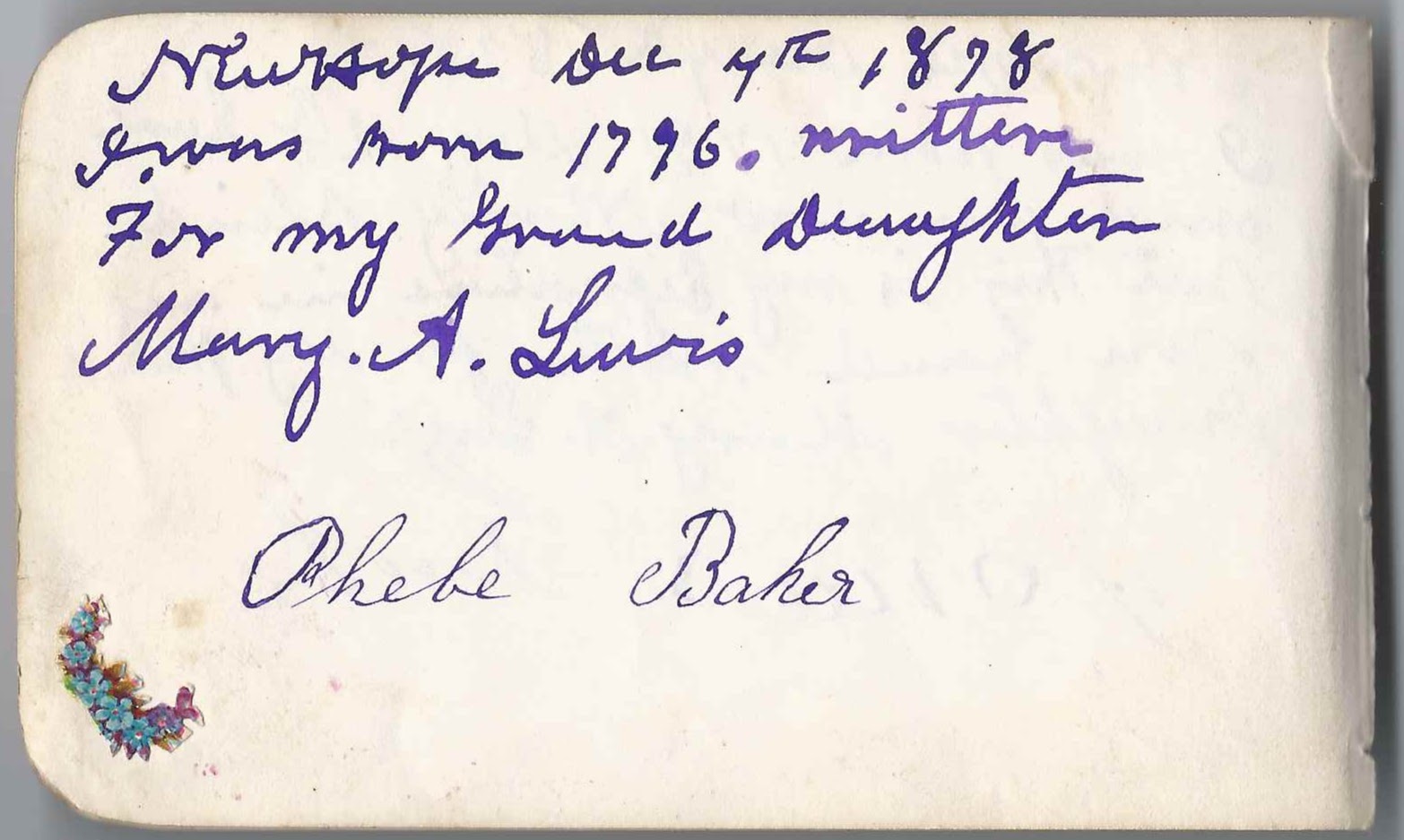 I believe the Frank Lewis, Jr., who signed a page on December 5, 1878, was Mary's brother Benjamin Franklin Lewis, Jr. 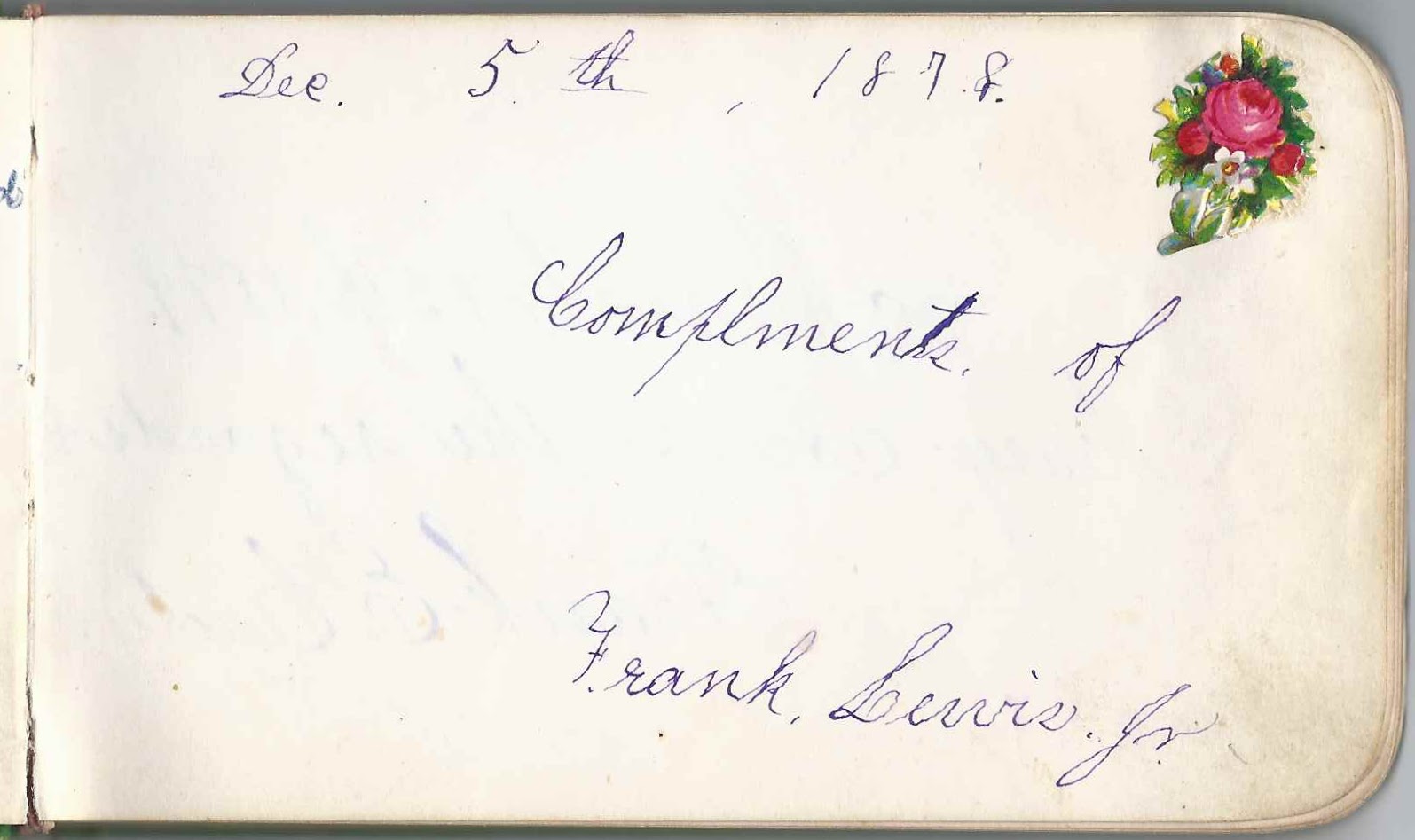 In the 1900 Census of Niles, New York, Mary A. Lewis was listed as living in the household of her maternal aunt Matilda Baker; Mary's widowed father Benjamin Franklin Lewis, Sr., was also in the household.

Mary isn't listed in the plot with her parents and brother Frank at the New Hope Cemetery.  There is a Mary A. Lewis buried there, but her birth year is 1866, unless this is a transcription error.  Mary may have married after 1900.

Posted by Pam Beveridge at 6:45 AM