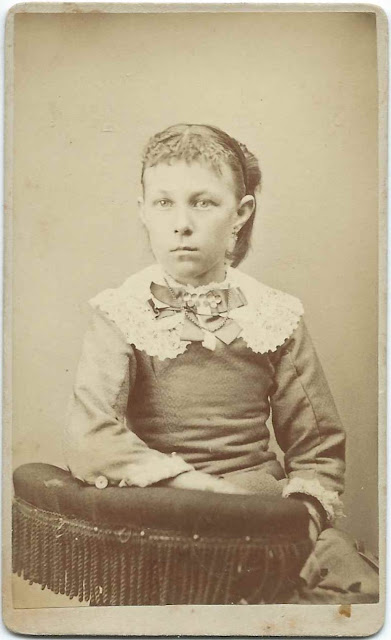 Reverse of the CDV of Millie F. Pervear. 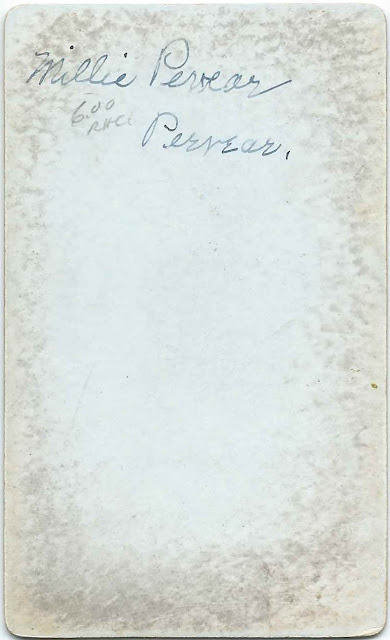 Millie is buried in the Sedgwick Rural Cemetery at Sedgwick, Maine. Her husband Archie remarried and move to the Midwest.  He died in 1940 and is buried in Michigan.

Interestingly, I have an inscription done by the siblings' paternal grandfather Philip Pervear, age the age of 105, in the autograph album of Frances E. (Milliken) Leverton of Surry, Maine, and Mount Desert Island Maine. 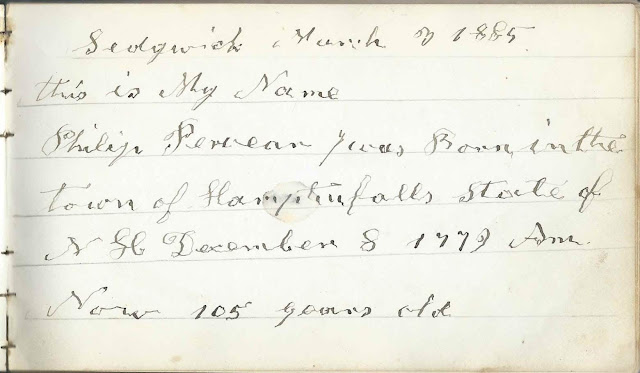 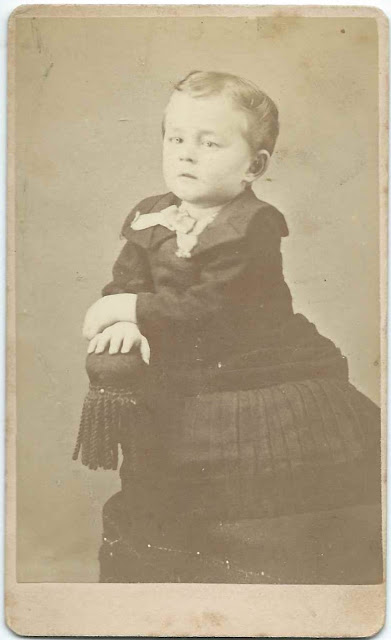 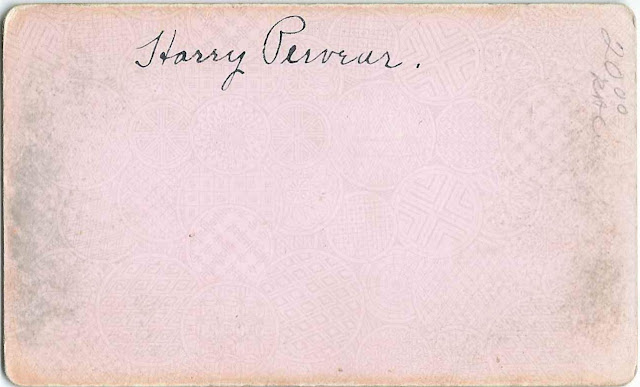