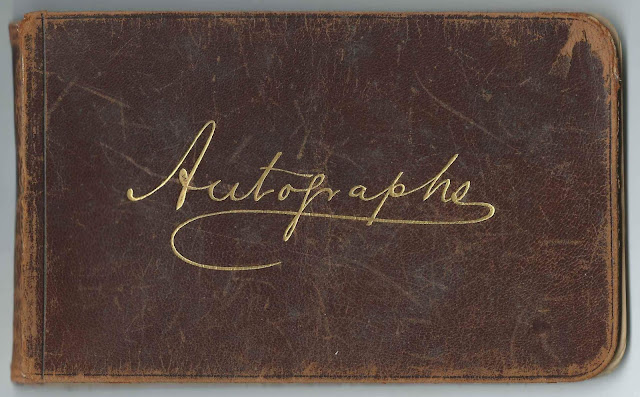 Autograph album kept by William Chinn Polk (1860-1949), mainly while he was living at Mobeetie, Texas, where he apparently had a drug store at one time and may also have worked for noted cattle dealer Charles Rath, born Carl Gottfried Rath, whose wife Carrie inscribed a page in the album.

William may have been the Billy Polk mentioned in Chapter 21 of The Rath Trail, by Ida Ellen Rath. 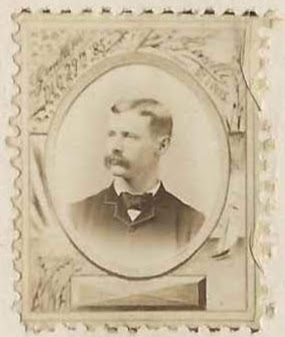 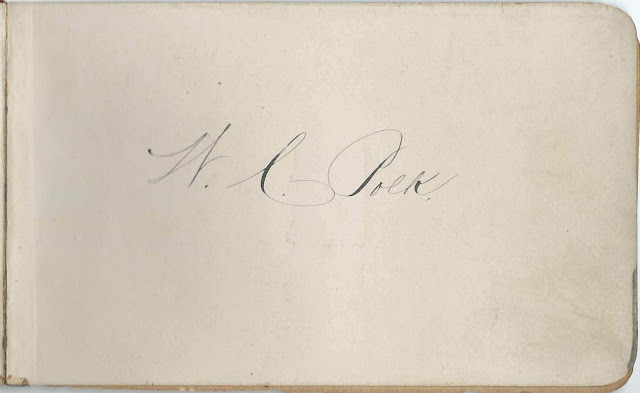 The album measures approximately 7" by 4", has detached covers and contains the sentiments of 30 of William's relatives and friends.  William added notes to several of the pages, including one 65 years later.

William Chinn Polk was born in 1860 in Missouri, the son of architect Willis Webb Polk and his first wife Parthenia Frances (Dye) Polk, who died in 1866.  William had a sister, Sarah, who died young.  Willis Webb Polk then married Endemial Drane and had several more children, three of whom inscribed pages in William's album.

William's younger half brother, Willis Jefferson Polk, inscribed a page at Hots Springs Arkansas, on December 28, 1884, and included a incredible sketch of the Hotel Josephine. 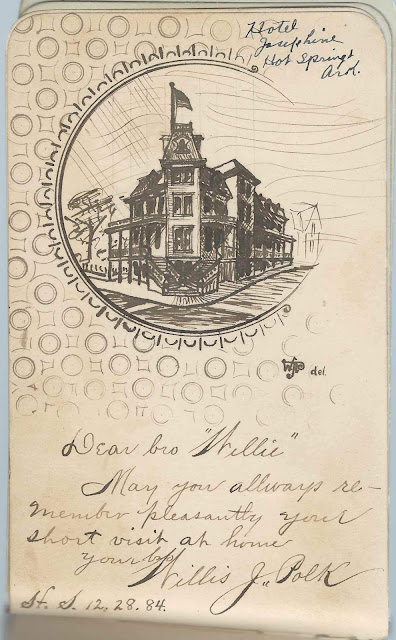 William's younger half sisters Endie and Dasie, or Daisy, also inscribed pages.  Sadly, Endemial Polk, "Endie", died shortly after the era of the album, in 1890. 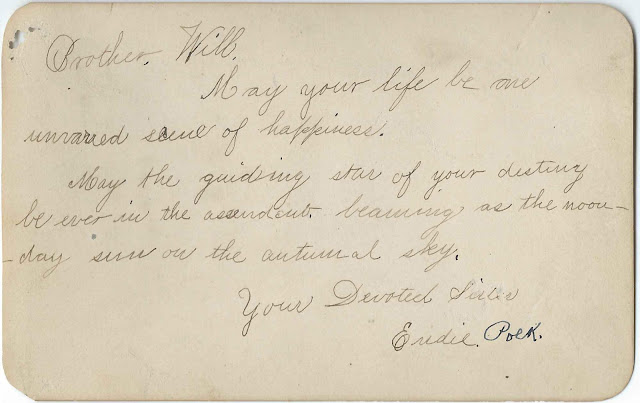 Sister Dasie, or Daisy (Polk) DeBuyer-Mimeure (1874-1963) went on to have a noted life, especially known for her relief efforts in France during and after World War I.  She received the Medaille de Reconnaissance and was made a Chevalier in the Order of the Legion of Honor.  William added a note 65 years after Dasie's 1884 inscription, to the point that Dasie had visited him at Weston, Missouri, in the Winter of 1949. 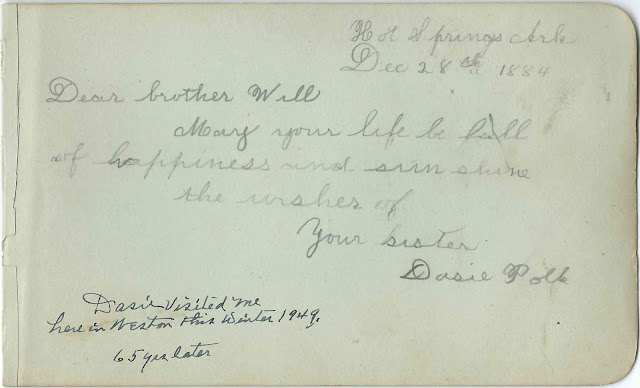 About 1891 in Weston, Missouri, after the era of this autograph album, William married Minnie Hillix.  I believe they had one child, a daughter, Ellen Rebecca Polk, who married George H. Calvert and died fairly young in 1934.  William worked as clerk and cashier at a bank in Weston, Missouri.

He died in 1949; Minnie had predeceased him in 1947.  They're buried in the Pleasant Ridge Cemetery at Weston, Missouri.

James Dickerson of Mobeetie, Texas, pasted his photograph to a page inscribed by Retta A. Griffith of DeKalb, Missouri. 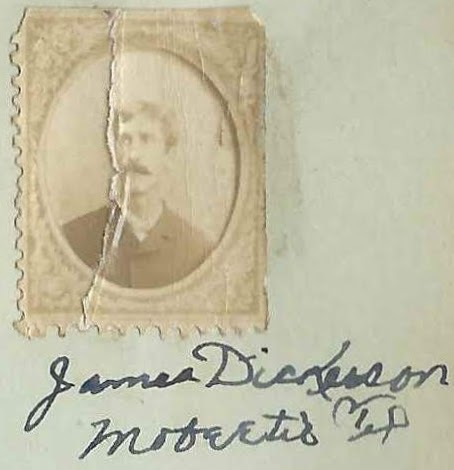