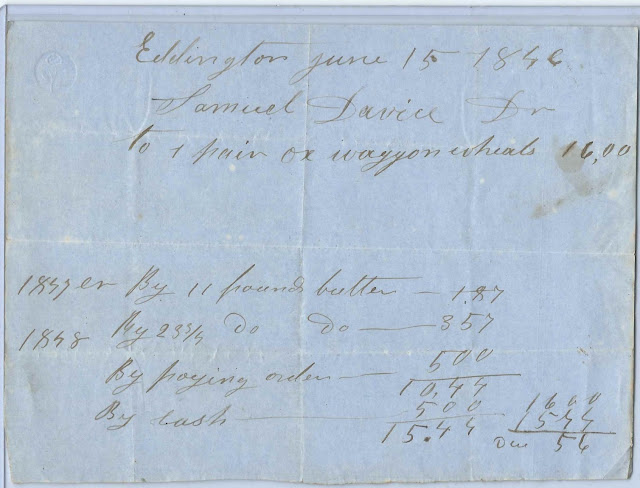 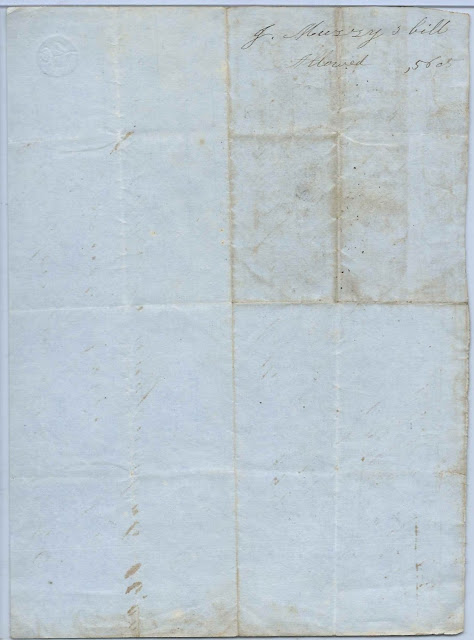 There were also several possibilities for a J. Muzzy, including Jacob Muzzy and Joel Muzzy.  The latter, however, was a cabinetmaker and carriage maker, so this bill for a pair of ox wagon wheels makes Joel Muzzy look very plausible as the maker of the invoice.

If you have information on either Samuel Davis or a J. Muzzy from the Eddington, Maine, area, please leave a comment or contact me directly.

Posted by Pam Beveridge at 9:59 AM