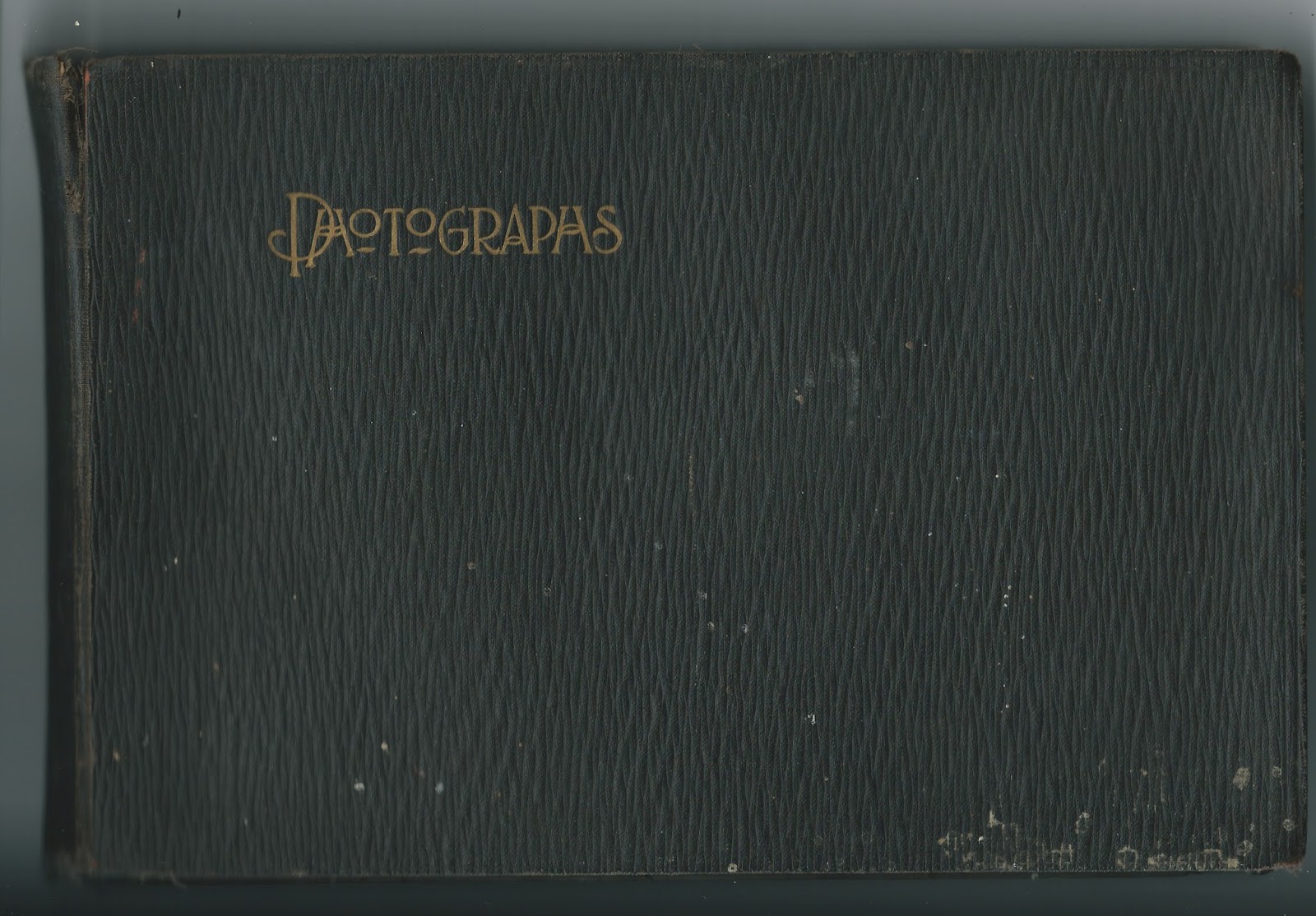 Circa 1900-1920s photograph album, approximately 10-1/4" x 7", that belonged to a Mary Casey.  Some of the photographs containing scenery have been identified as from the Amesbury, Massachusetts, area, including the powder house, a church and the chain bridge.

Mary's middle initial might be a G or an L or other letter.  Casey could have been her maiden name or married name.

There are several photographs of the powder house and one of a young lady sitting "on Powder House", as if to say on Powder House Hill. 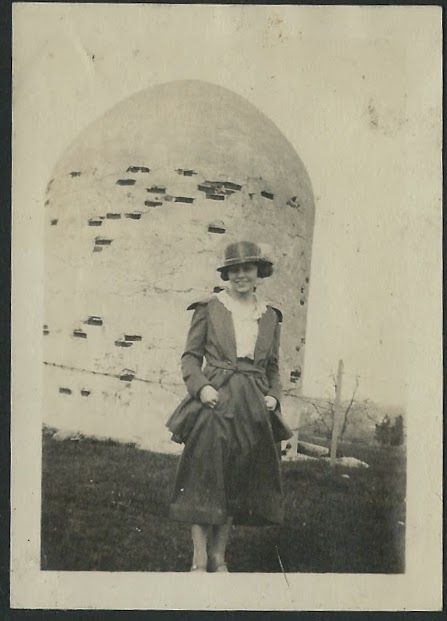 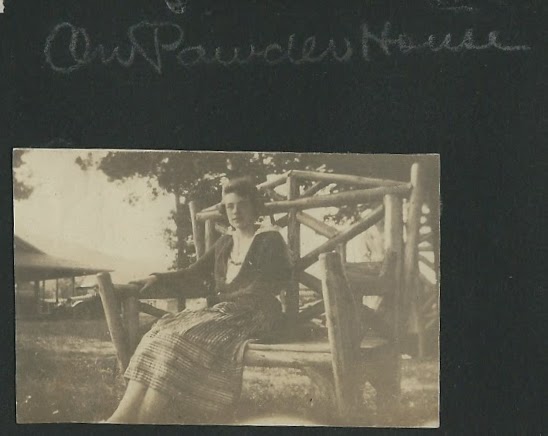 A postcard of the powder house at Amesbury, Massachusetts: 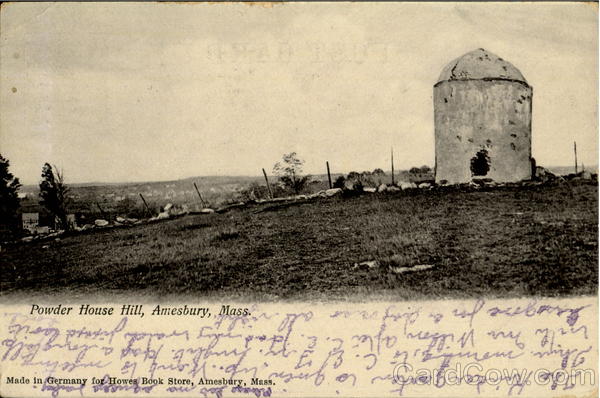 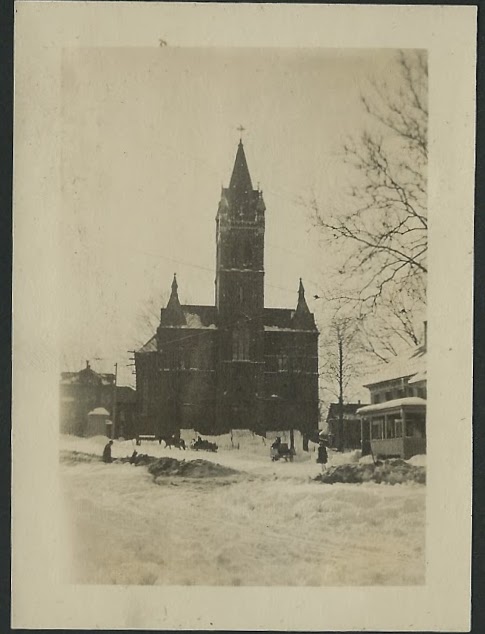 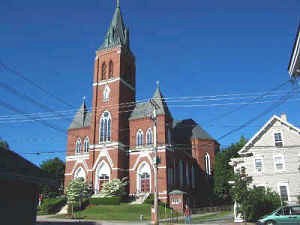 A bridge in the background in two of the photographs in the album and a postcard showing the chain bridge at Amesbury, Massachusetts. 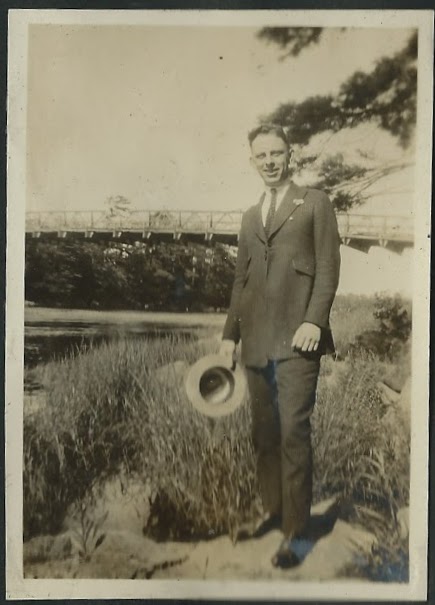 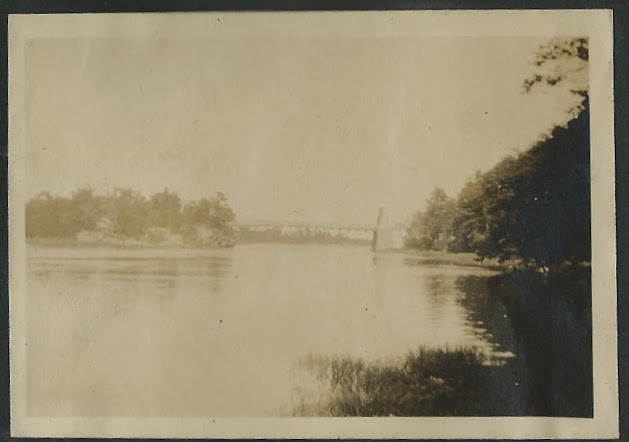 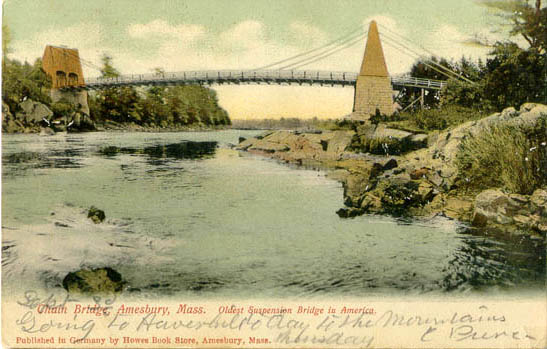 Establishing that some of the photographs in the album were taken at Amesbury, Massachusetts, does not necessarily mean that Mary Casey lived there, but I tend to think that she lived where Amesbury was at least within day trip distance.

Other clues in the album are the names:

Additionally, there's a photograph, shown below, entitled Ray and I, which features a woman whose photograph appears multiple times, such that I wonder if she might be Mary Casey.  Ray might have been her husband or brother. 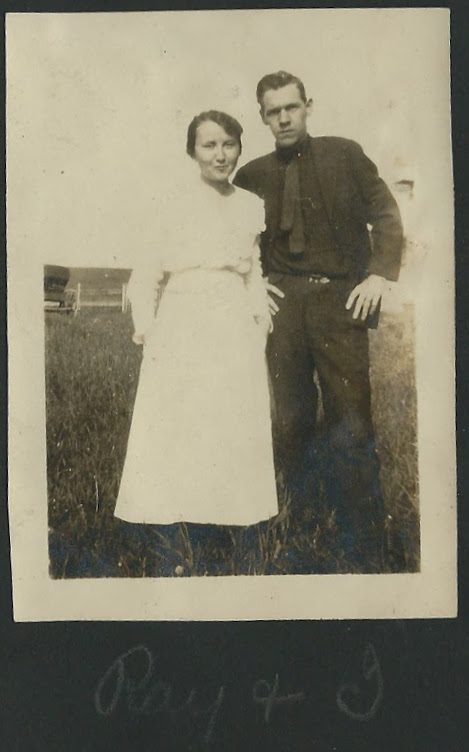 There are several photographs of a bungalow that might have been Mary's home or vacation camp. 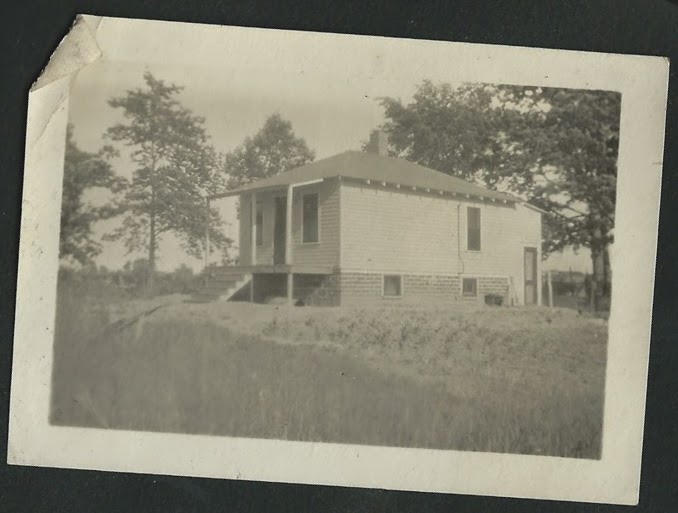 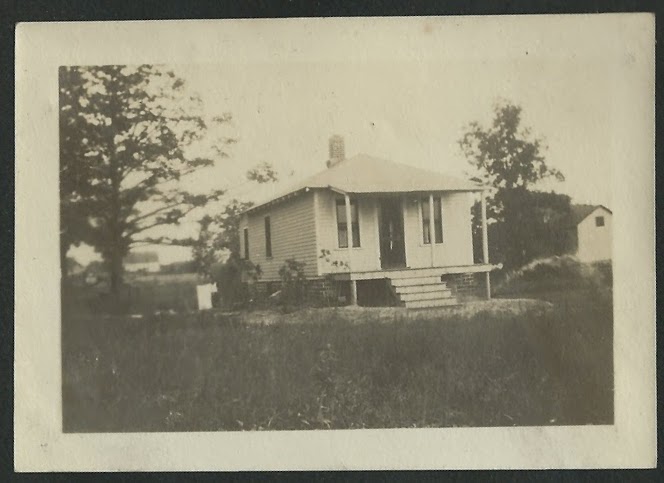 If you recognize any of the scenes and/or can tie in all of the names together to identify Mary and her family, please leave a comment or contact me directly.

See the entire album below; sorry the music cuts out early.

Posted by Pam Beveridge at 2:46 PM