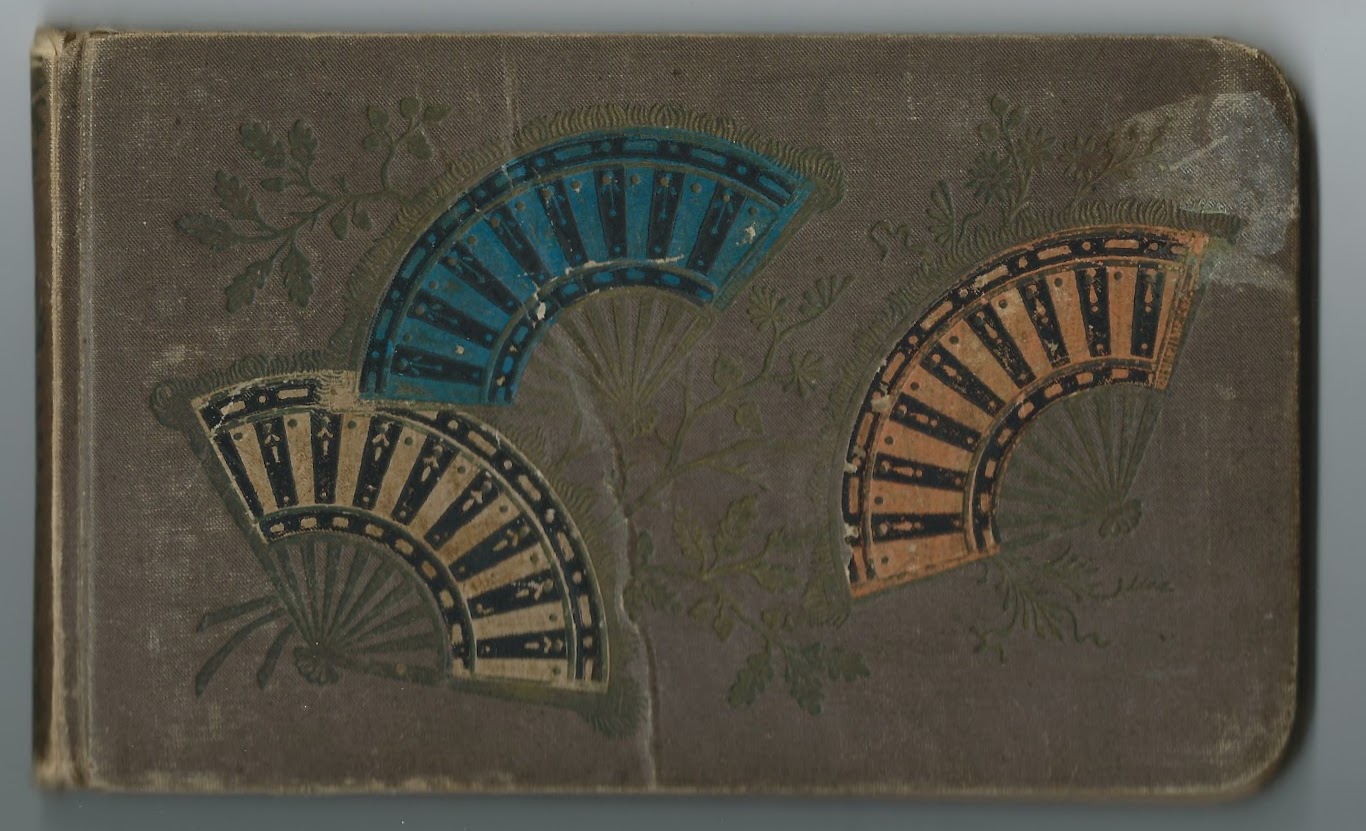 1882-1898 autograph album presented to Ida Christine Meyers by her brother George Carl Meyers at Christmas in 1882 at Tonawanda, New York.

George inscribed several pages.  On one of them, third from bottom below, Ida wrote a message to her future well wishers. 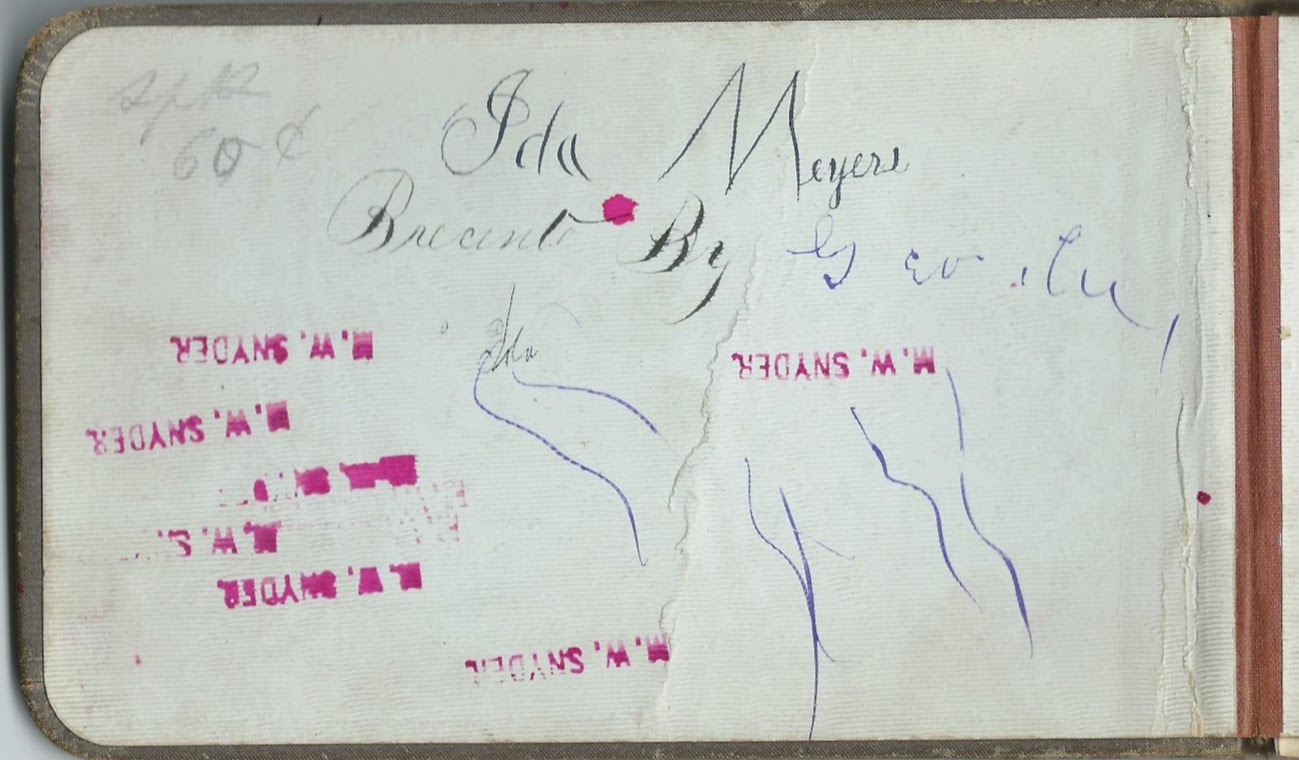 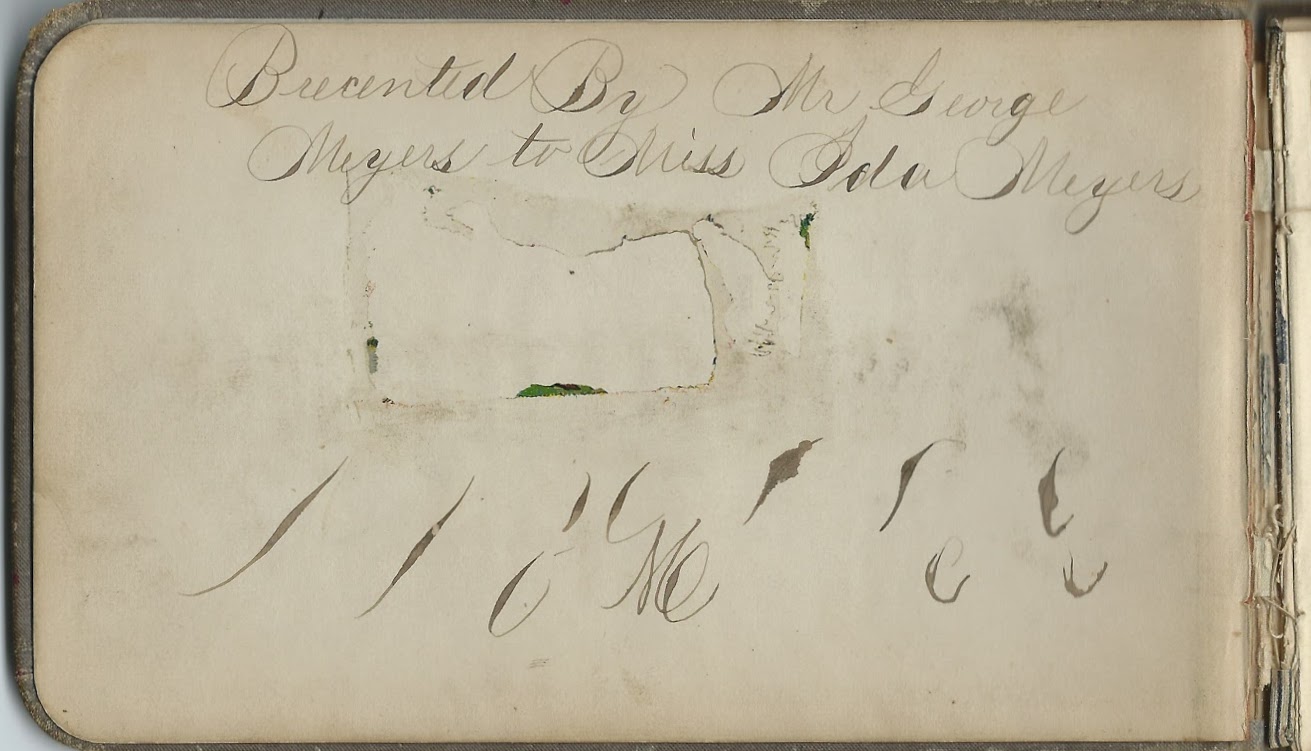 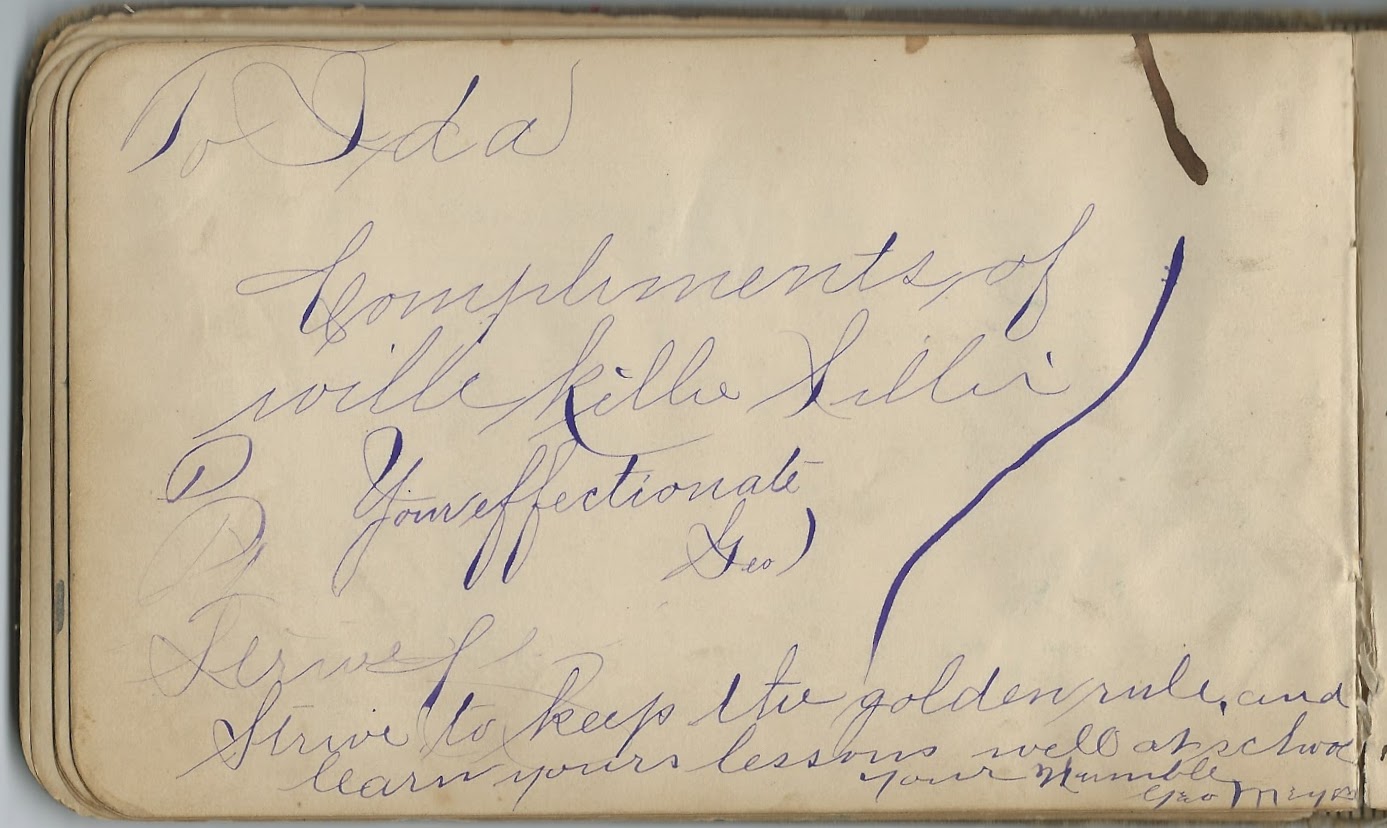 The album measures approximately 7" x 4-1/4" and contains the sentiments of possibly as many as 40 of Ida's relatives, friends and schoolmates, but I suspect that several of the signers wrote multiple pages.  An alphabetical surname list and an alphabetical list of the signers, together with any personal information they offered, appear at the end of this post.

This was a tricky one, because I believe that two of the people with the surname Martin who called Ida their sister were actually Ida's cousins.  It appears that she may have been brought up by a paternal aunt after her parents' deaths, or at least after the death of her mother in 1871.

I believe the owner was Ida Christine Meyers, who was born December 25, 1866 at Titusville, Pennsylvania, the daughter of John, or Johann, and Rosina Katharina (Reister) Meyers.  John was an immigrant from Germany, and Rosina was the daughter of German immigrants who moved to Buffalo, New York, where she was born.

Fittingly, Ida had a brother, George Carl Meyers.  Ida's father, John Meyers, had a sister Elizabeth, who married German immigrant Charles G. Martin.  Several of their children inscribed pages in Ida's album, some calling themselves her cousin and at least two her sister.

Louise Martin of Tonawanda, New York, inscribed a page to her "sister". 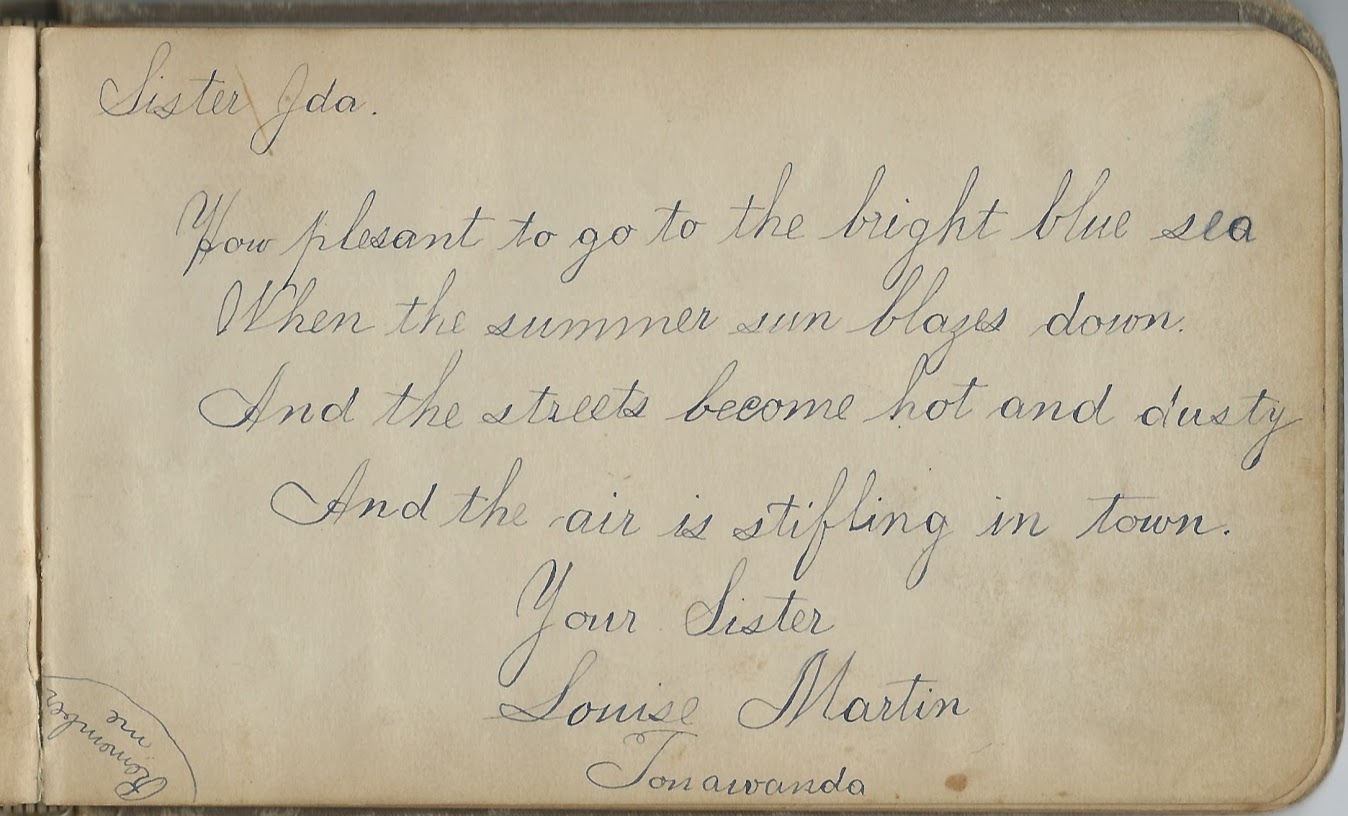 Someone who signed with initials that appear to be W. S. ? called himself Ida's brother.  The last initial could be an M, which could stand for Meyers or Martin.

Cousins who identified themselves as such: