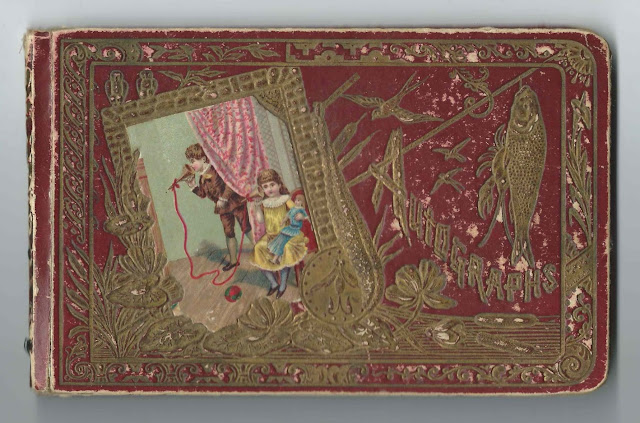 1889-1893 autograph album that belonged to Susan Birdie Crice, "Birdie", of Ballard County, Kentucky.  She bought the album on November 7, 1889, as you can see from the image below. 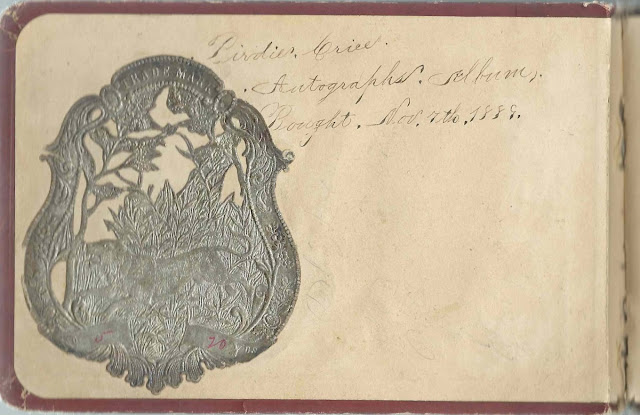 The album measures approximately 7" x 4-1/2" and contains the sentiments of 42 of Birdie's relatives and friends.  An alphabetical surname list and an alphabetical list of the signers, together with any personal information they offered, appear at the end of this post.

Birdie's father inscribed a page in her album on December 6, 1889. 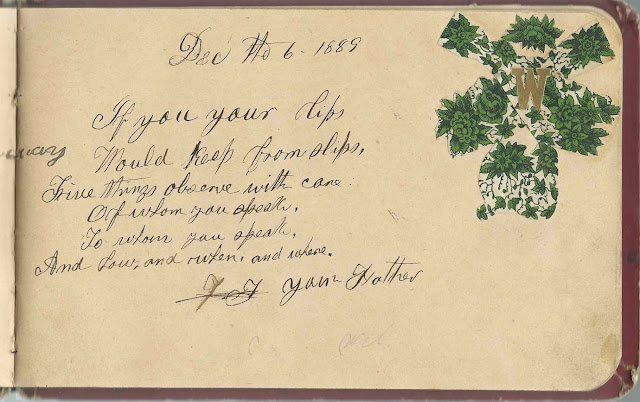 Two of Nellie's brothers and a sister inscribed pages in her album.  The J. H. C. who inscribed a page in December 6, 1889 was presumably Birdie's brother John Harmon Crice. 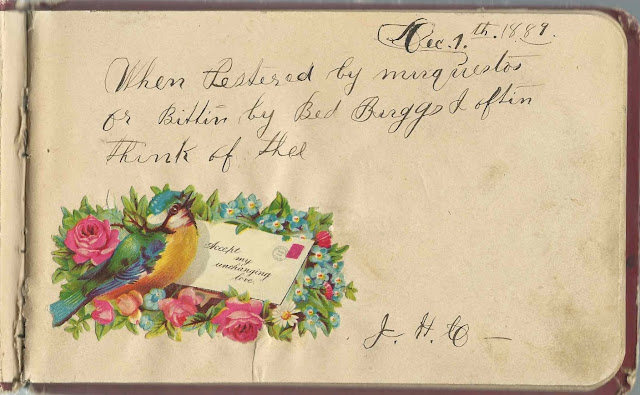 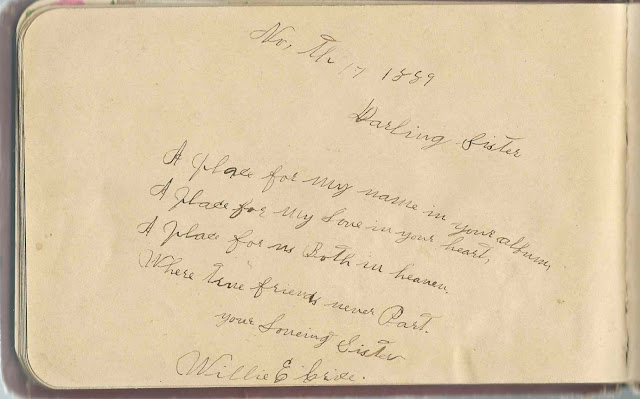 Birdie's sister Nellie A. Crice inscribed a page on November 13, 1889. 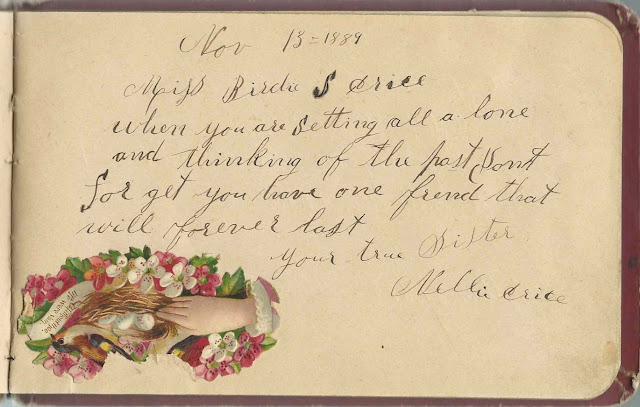 Several cousins inscribed pages: Maggie; J. E. B.; Willie Gatewood; Eliza Gatewood; Bettie G.; H. W. M. [not sure of surname initial - could be W]; Alice Terry.  There may have been more who didn't express a relationship in the sentiment they left.

On October 6, 1897, Birdie married Oregon native Samuel A. Oliver and settled at Pendleton, Oregon with him.  They had two children, son Samuel A. Oliver and daughter Nellie Oliver.  Samuel, Sr., died in 1926.  Subsequently, Birdie married Charles F. Schwald.  She died in 1947 and is buried at the Olney Cemetery at Pendleton, Oregon, with her first husband Samuel.

Posted by Pam Beveridge at 5:02 PM