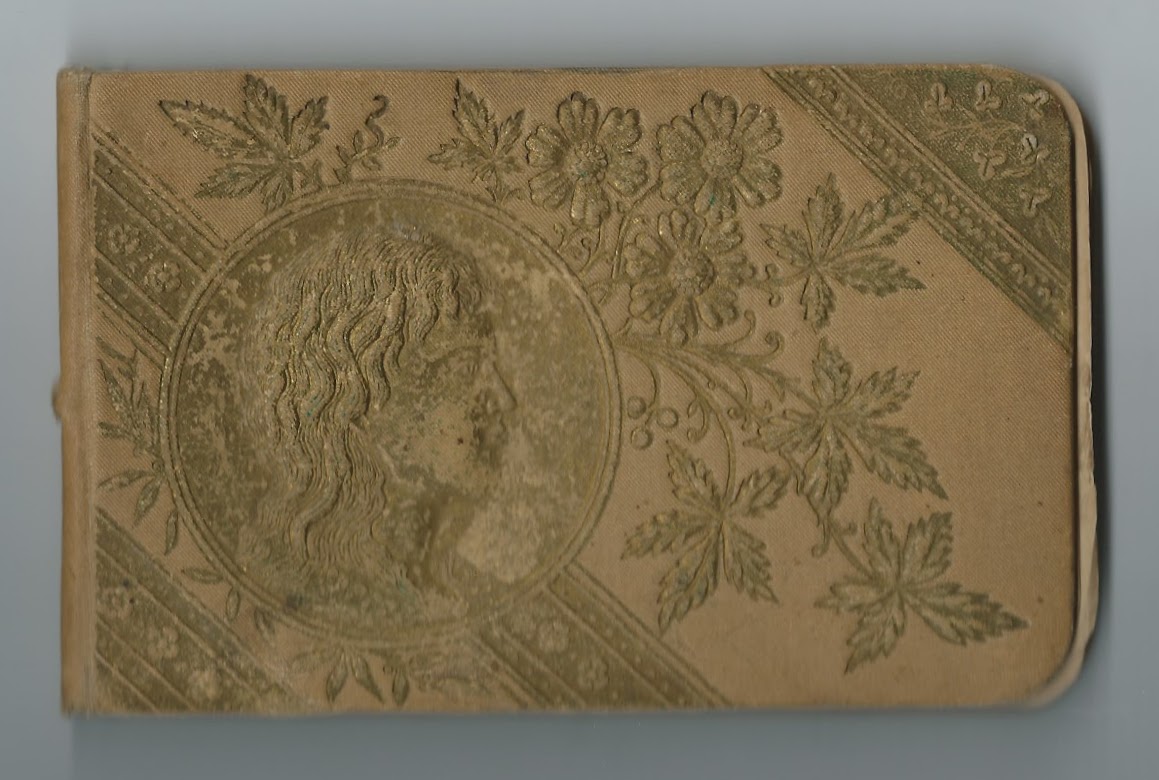 1893-1908 autograph album of Beryl F. Van Buren of Greene, New York.  She wrote her name on the inside front cover and on a page inside. 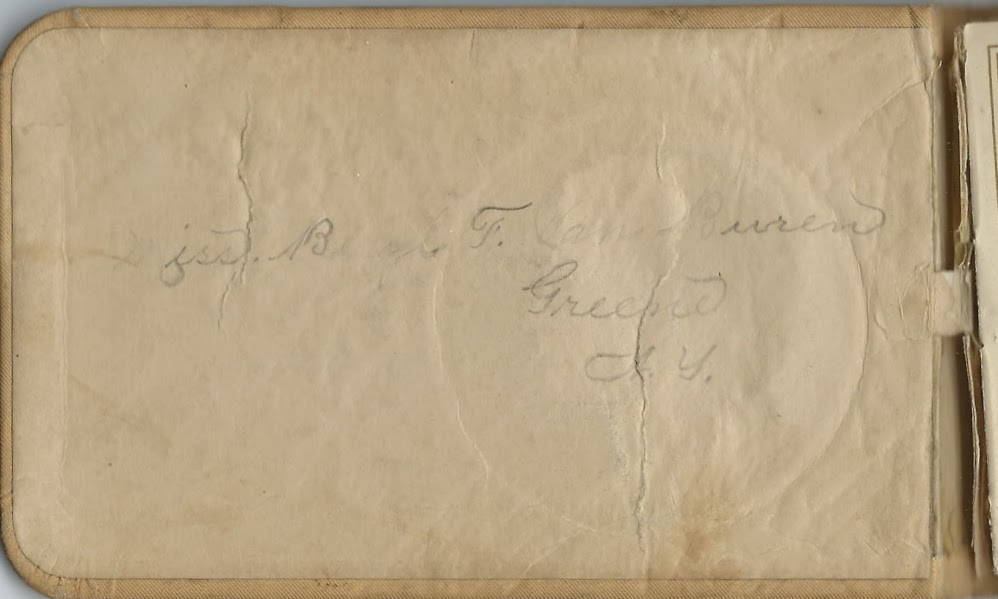 The album measures approximately 5-1/2" x 3-1/4" and contains the sentiments of 23 of Beryl's relatives, friends, schoolmates and teacher.  An alphabetical surname list and an alphabetical list of the signers, together with any personal information they offered, appear at the end of this post. 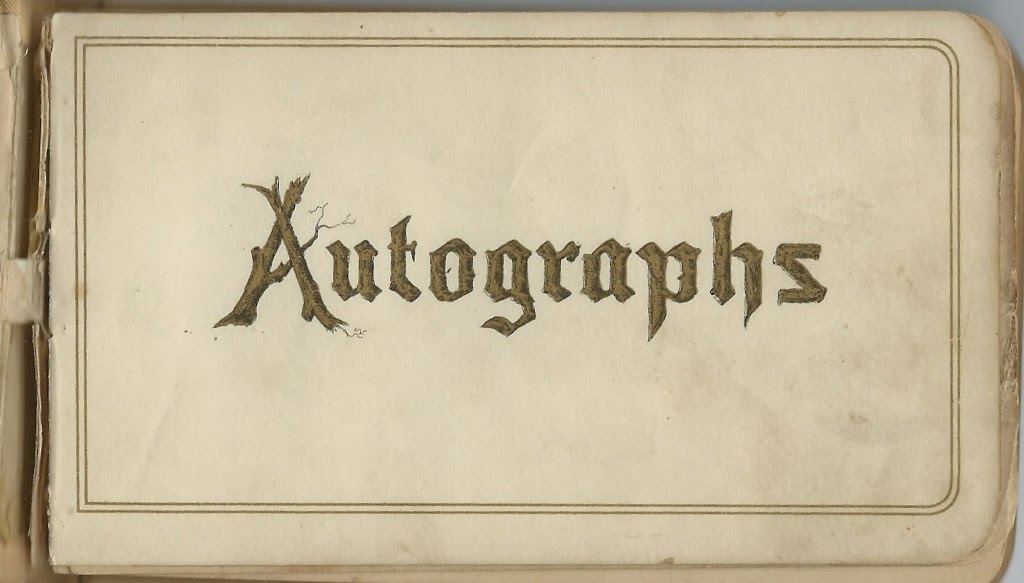 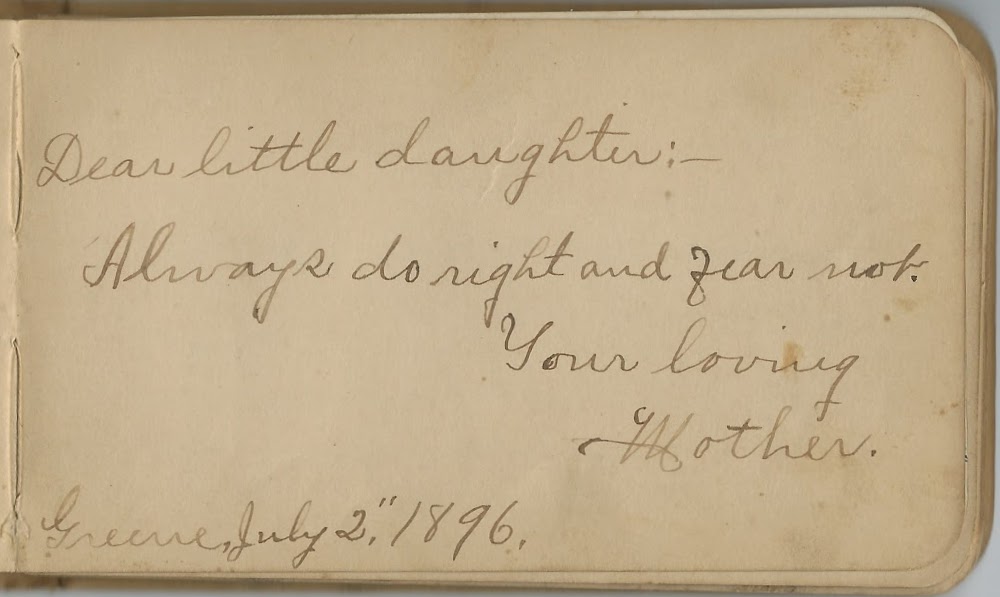 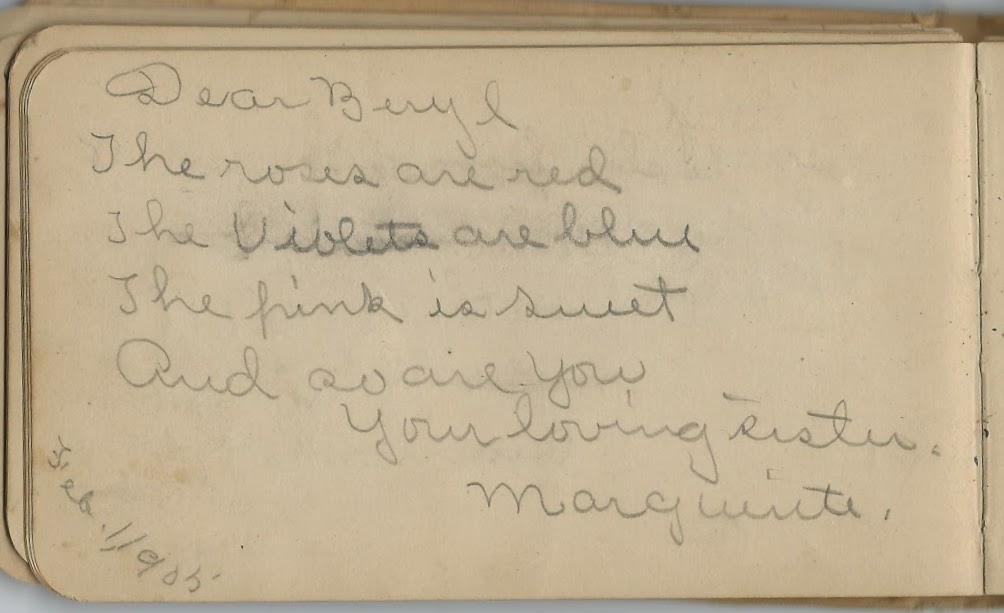 The last page in the album was inscribed by Linn Langdon Corbly of Lewistown, Montana, on February 2, 190?, possibly 1908.  She would marry William John Duke in 1911.  Read more about the Corbly family here.


Signers in the album     [Note: Given names within a specific surname may not be in alphabetical order.]

Posted by Pam Beveridge at 4:16 PM