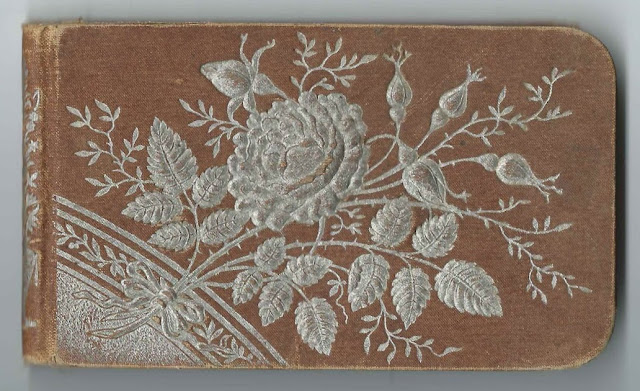 Lida added notes about birth, marriages and deaths on many of the pages.

New: See all of the pages in the album, in page order, here.

If there were ownership and title pages, they are missing, but Lida's identity was revealed by signers who indicated family relationships with her, such as her mother, grandmother, sisters, aunt and cousins.  A few such pages are shown below, but there are more; see the list of signers below.  Names of blood relatives and in-laws include Caulkins, Stillman, Folsom, Croft, Bailey, French, Hitchcock, Moore, and there may be more.

The album measures approximately 5-1/4" x 3" and contains the sentiments of 44 of Lida's relatives, friends, schoolmates and pastor.  An alphabetical surname list and an alphabetical list of the signers, together with any personal information they offered, appear the end of this post. 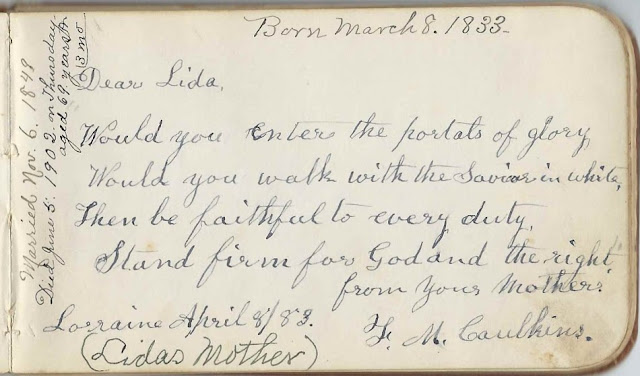 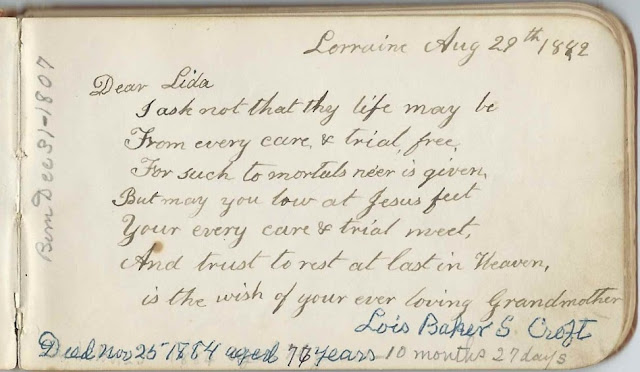 Lida's three sisters inscribed pages in her album.  Mary A. (Caulkins) Hitchcock signed a page. By then she was married to Clark R. Hitchcock.  Lida added a note. 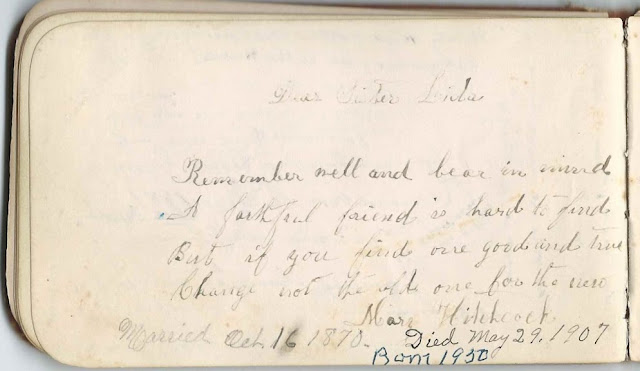 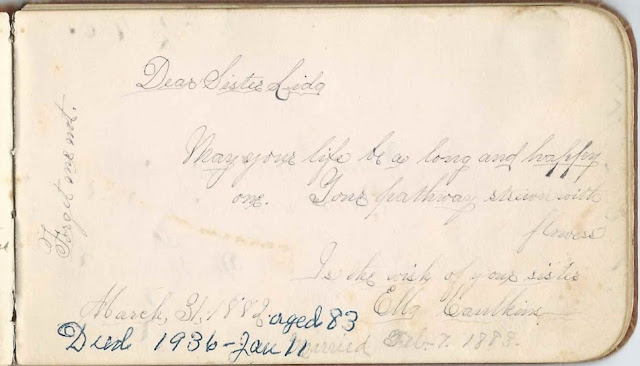 Lida's sister Lovina or Lavina Caulkins, "Vinnie", inscribed a page at Lorraine, New York, on November 21, 1882.  Lida added a note that she would marry on August 27, 1899; her husband was Orlando Colfax. 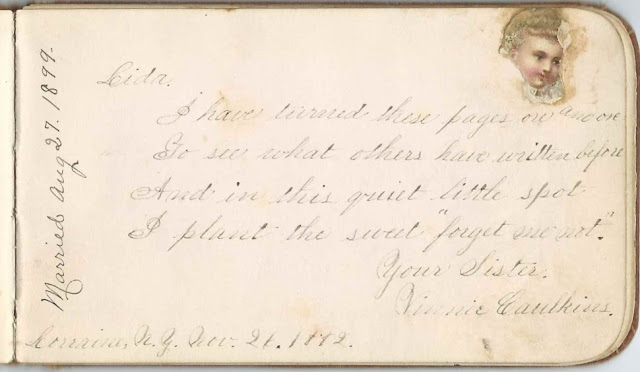 Lida's brother Charles Abram Caulkins and his wife Jennie A. (Bellinger) Caulkins signed facing pages, Charles in 1884 and Jennie in 1883.

Lida had another brother, Burleigh Edwin Caulkins, who died in childhood, before she started collecting autographs.

About 1893, Lida married Stephen A. Moore, who may have been Lida's Adams Collegiate Institute classmate S. A. Moore who stamped his name on a page filled with reminiscences.  Stephen was born about April 1868, the son of Carlton C. Moore and Tryphena (Adsit) Moore. 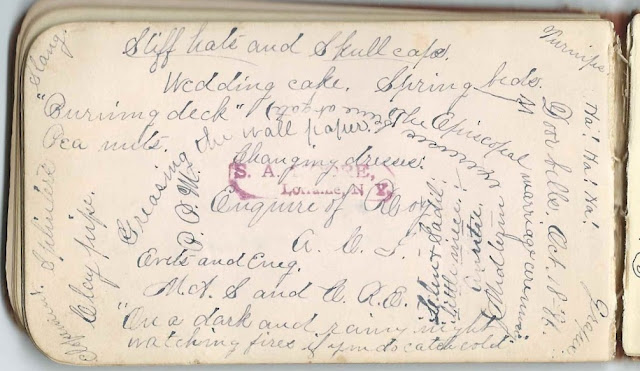 I didn't find any children for Lida and Stephen.  Stephen died in 1914.  Lida subsequently married widower Charles E. Enos; I don't believe Lida had any children with Charles either.  She died in 1959 and is buried with first husband Stephen A. Moore, her parents and four siblings at Adams Rural Cemetery at Adams, New York.

If you have corrections and/or additions to the information above, please leave a comment or contact me directly.  Refer to the list below for the names of more family members who inscribed pages in the album.