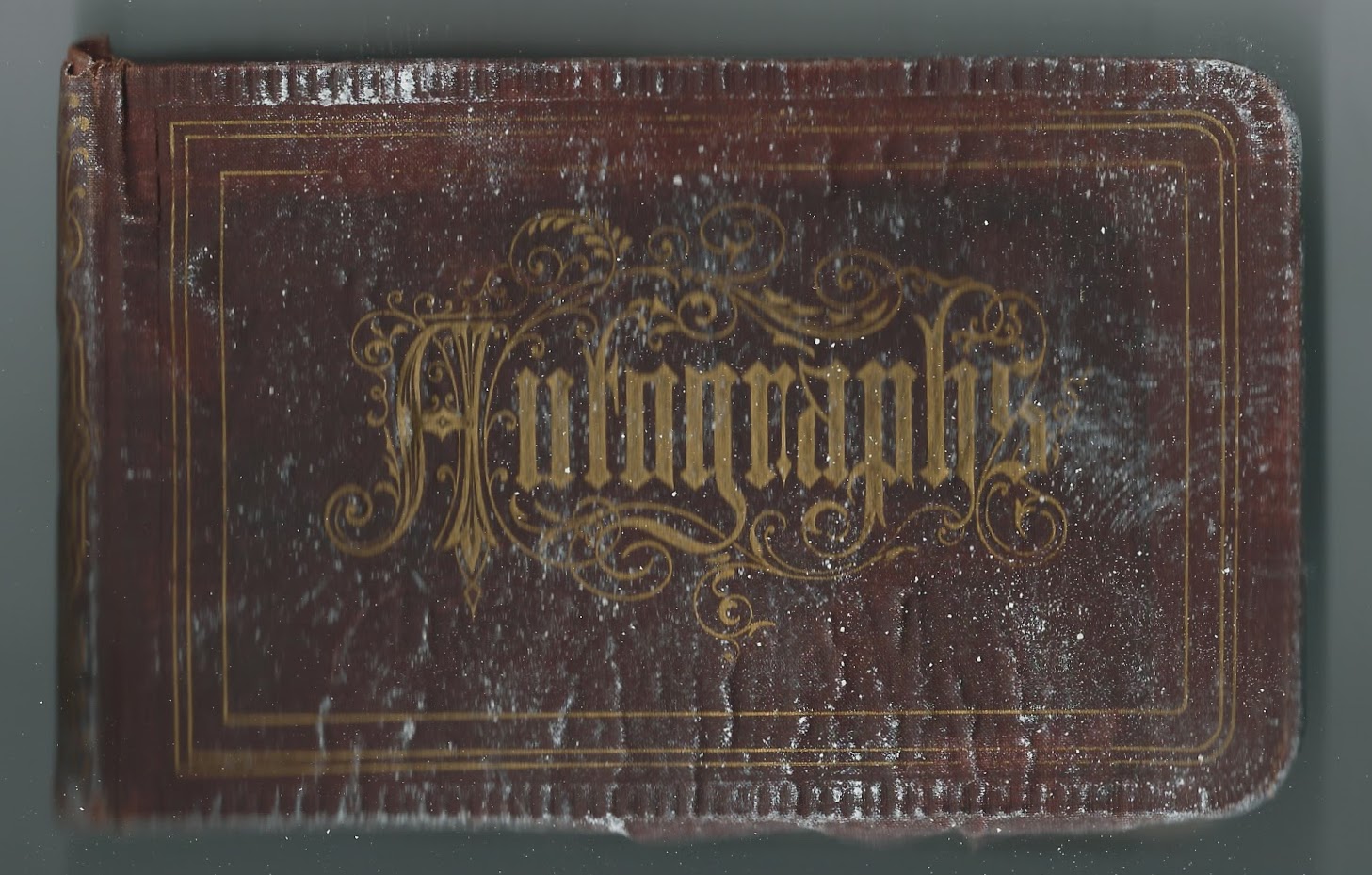 1879-1880 autograph album of Katie Giesser of Buffalo, New York.  She was Katharine Giesser.

The album measures approximately 7-1/4" x 4-1/4" and contains the sentiments of over 50 of Katie's relatives, friends and schoolmates.  An alphabetical surname list and an alphabetical list of the signers, together with any personal information they offered, appear at the end of this post.

The album is in poor condition with water damage, and the coating of many of the pages has flaked off.  Someone, presumably Katie, added notes to a few of the pages; i.e. married names or death dates.

The saddest of these was the page signed by Fred Nachtrieb [not sure of surname].  He either signed the page at Galion, Ohio, or was from there.  He dated his page July 15, 1879.  A later note indicated that he died on August 3, 1879.  A Carrie A. Nachtrieb also inscribed a page.

Katherine Giesser, "Katie", was born about 1866 in New York, the daughter of Gabriel and Friedrike Giesser.  Katie had several siblings, some of whom signed pages in her album.  Brother Fred Giesser signed on December 19, 1879.  See a history of the Giesser Building at 99 Genesee Street in Buffalo; there's also a bit of family history. 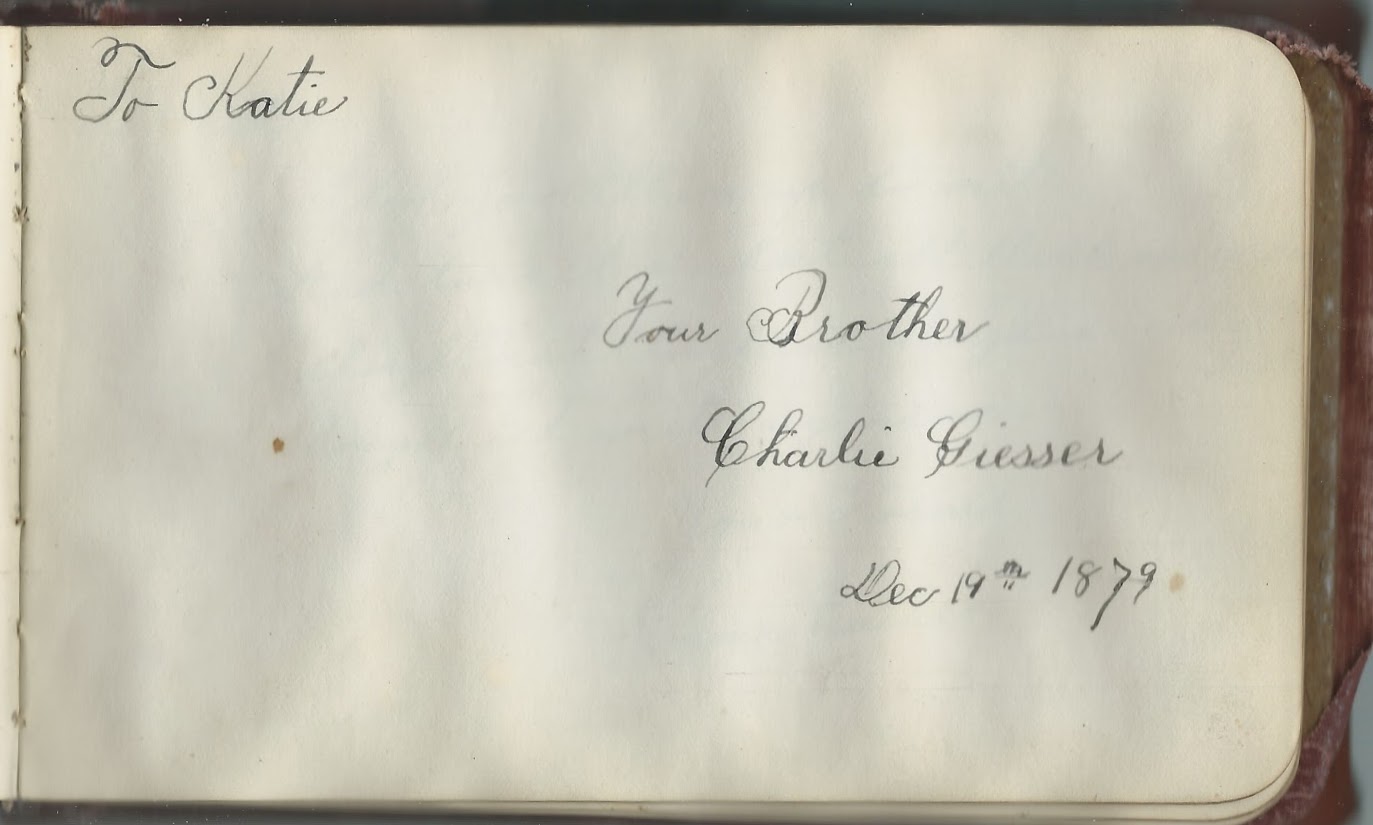 Katie's sister Jennie inscribed a page on January 19, 1879.  A later note, added presumably by Katie herself, gives Jennie's year of death as 1933.

According to one of the short biographies in the "Memorial and Family History of Erie County, New York", published in 1908, Katharine Giesser, Katie, married Buffalo attorney Edward David Strebel on June 22, 1892 and had two children with him, a son Robert L. Strebel and a daughter Edna F. Strebel.  Edward died in 1933, and Katherine in 1955.  They're buried at the Forest Lawn Cemetery at Buffalo, New York.


Signers in the album   [Note: Given names within a specific surname may not be in alphabetical order.]
B
C
D
F
G
H
J
K
M
N
R
S
T
V
W
Z

Buffalo, New York  [This map was obviously not made from images during the Snowgeddon of November 2014.]