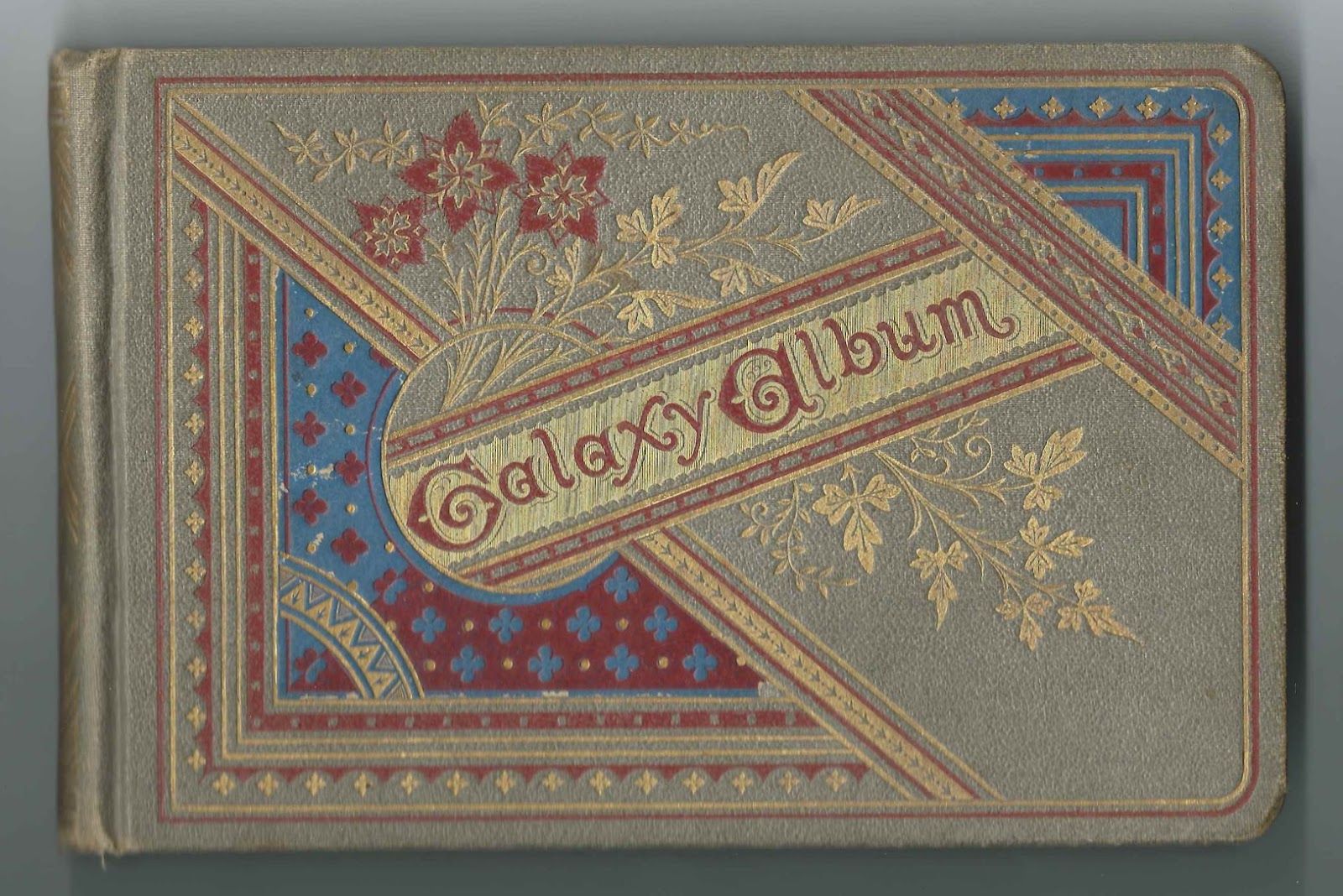 1881-1936 autograph album of Henrietta Matilda Hughes of Beverly, New Jersey, and, after her marriage to John Hugh Jones, Philadelphia, Pennsylvania. 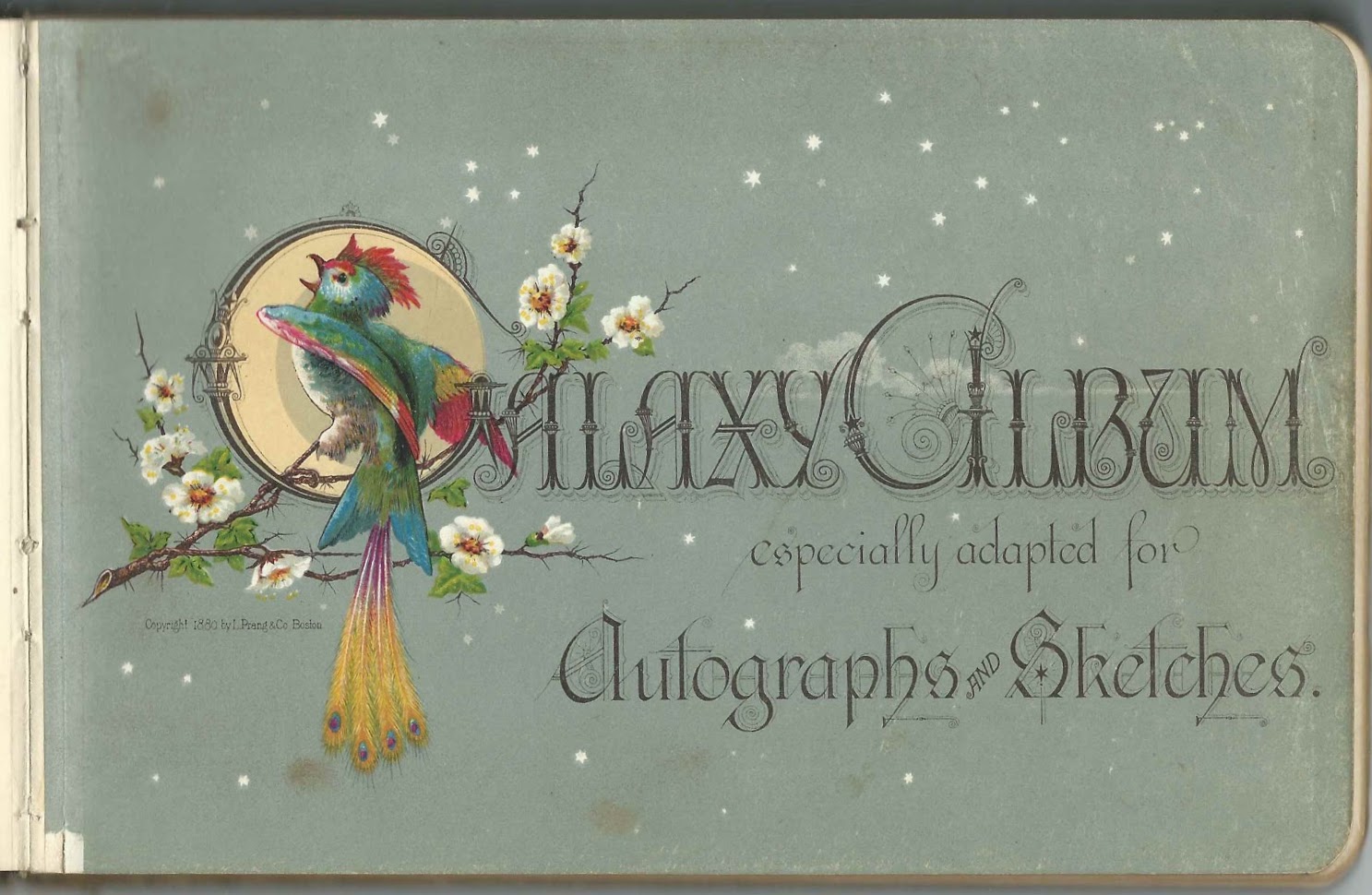 The album measures approximately 7-3/4" x 5" and contains the sentiments of 90 of Henrietta's relatives and friends, including, during a later era, her children and grandson.  An alphabetical surname list and an alphabetical list of the signers, together with any personal information they offered, appear at the end of this post.

Many of the pages have preprinted illustrations, which many signers used and even enhanced, i.e., the page signed by Georgie L. Schaffer and sister Maisey C. Schaffer of Belfry, Pennsylvania, who inscribed their page on December 20, 1881.  Their parents also inscribed pages: Methodist Episcopal minister George L. Shaffer and H. E. Schaffer, who was Hester Eliza (Gwynne) Schaffer. 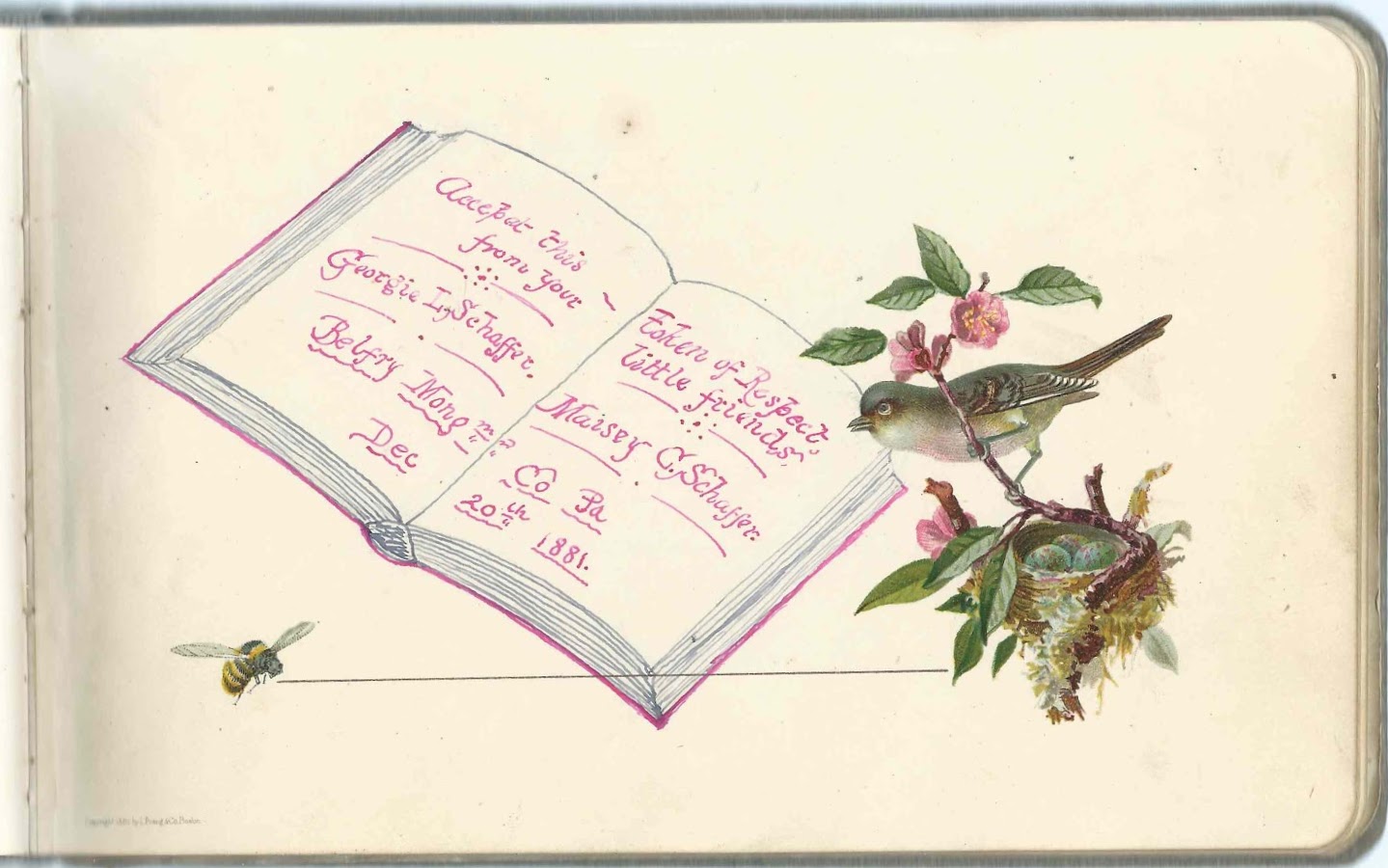 Henrietta Matilda Hughes, "Hettie" or "Henny", was born May 30, 1857 in New Jersey, the daughter of John and Sarah (Boulter) Hughes, who were born, I think, in Wales and Barbados, respectively.  At least two of Hettie's siblings were born in Barbados before the family moved to New Jersey.

The page below was presumably inscribed by Hettie's father, John Hughes. 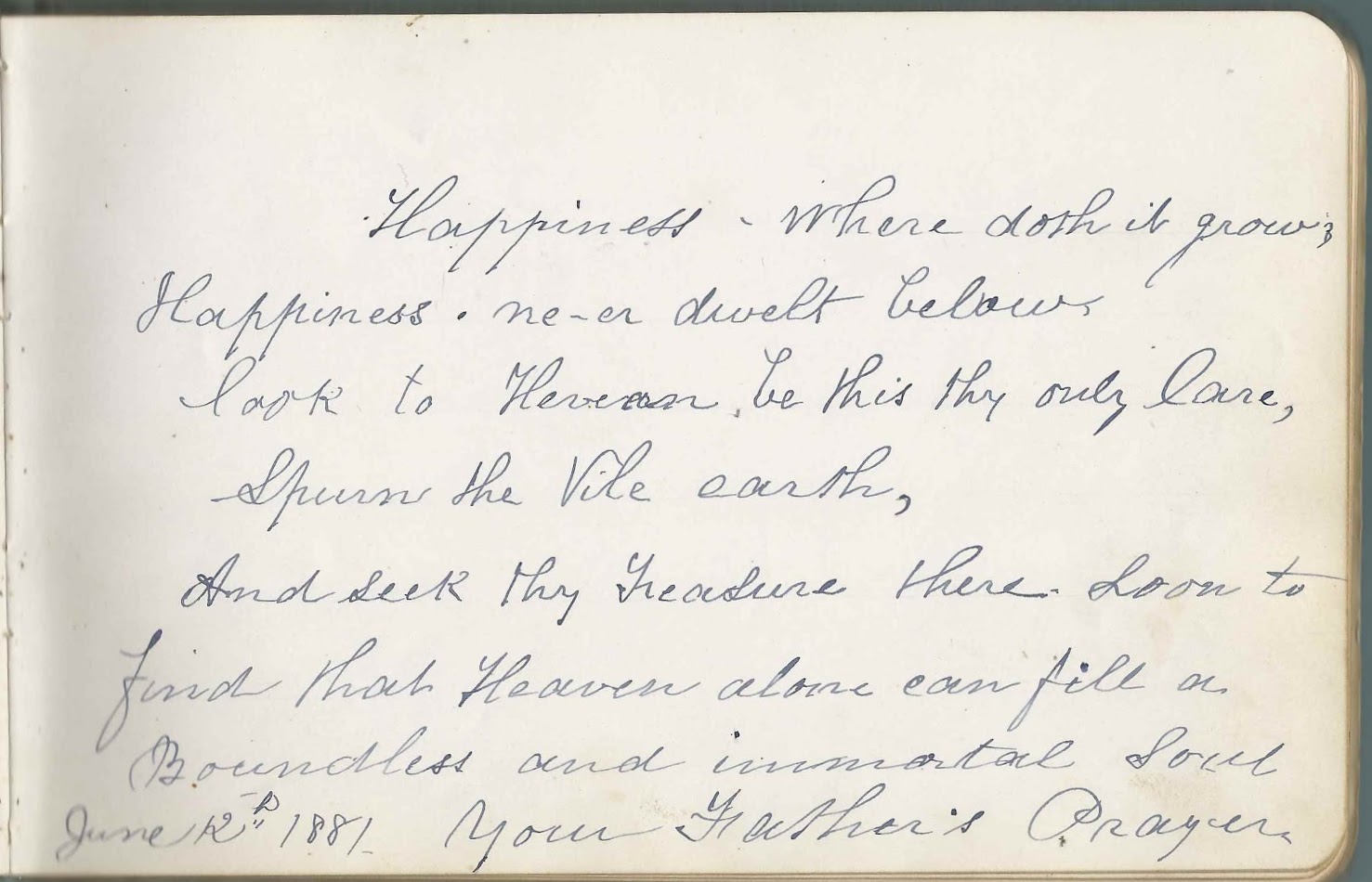 Hettie's oldest sibling, sister Sarah E. Hughes had died in 1876, before the album was started.  Brother John B. Hughes and, presumably, his wife Lizzie G. (Lobb) Hughes of Philadelphia, Pennsylvania, inscribed pages in May 1881.  The page signed after Lizzie's was inscribed by her sister Laura Lobb. 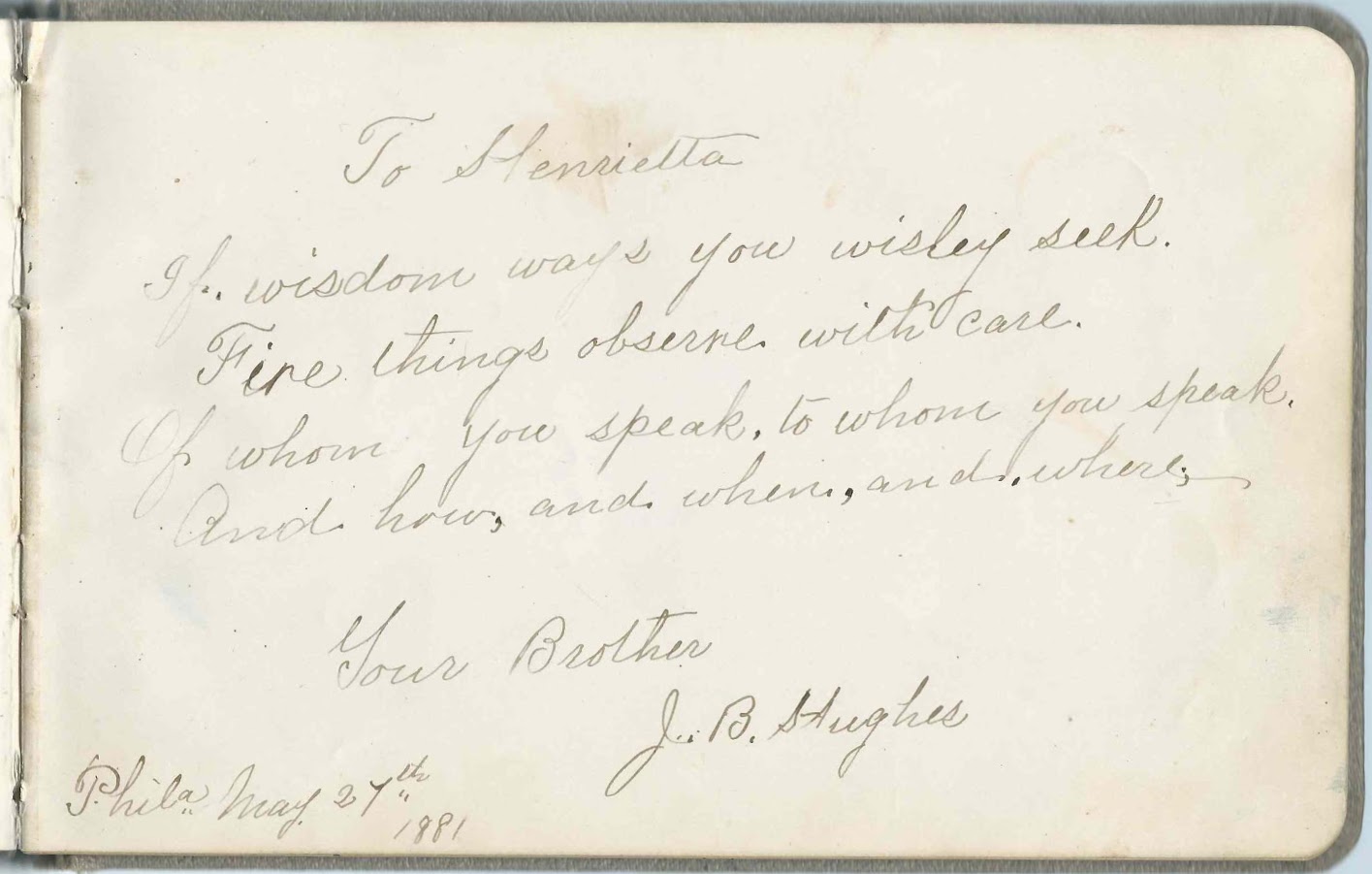 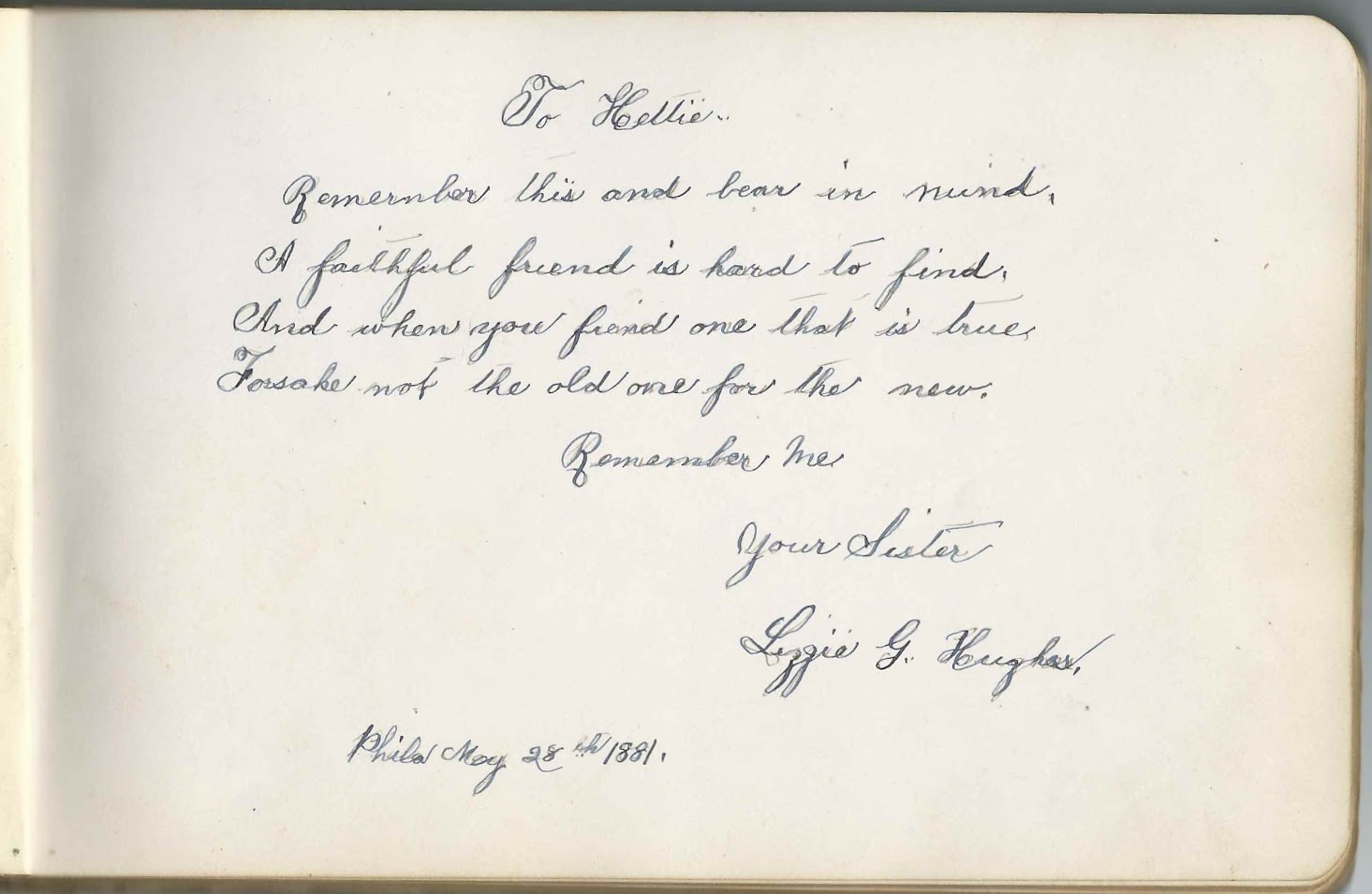 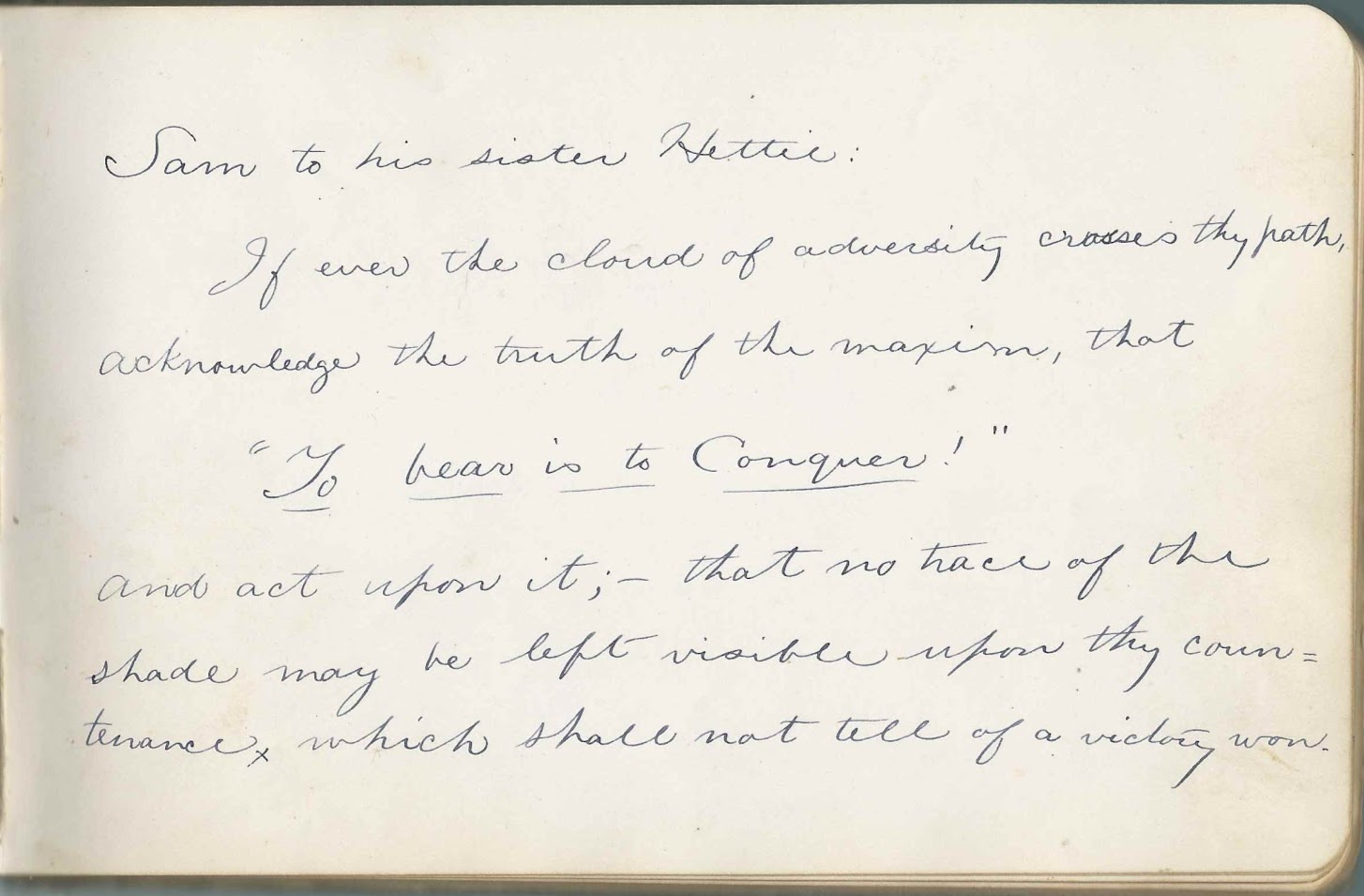 The "Brother Hal" who signed a page on June 16, 1881, may have been Hettie's brother Henry Hughes. 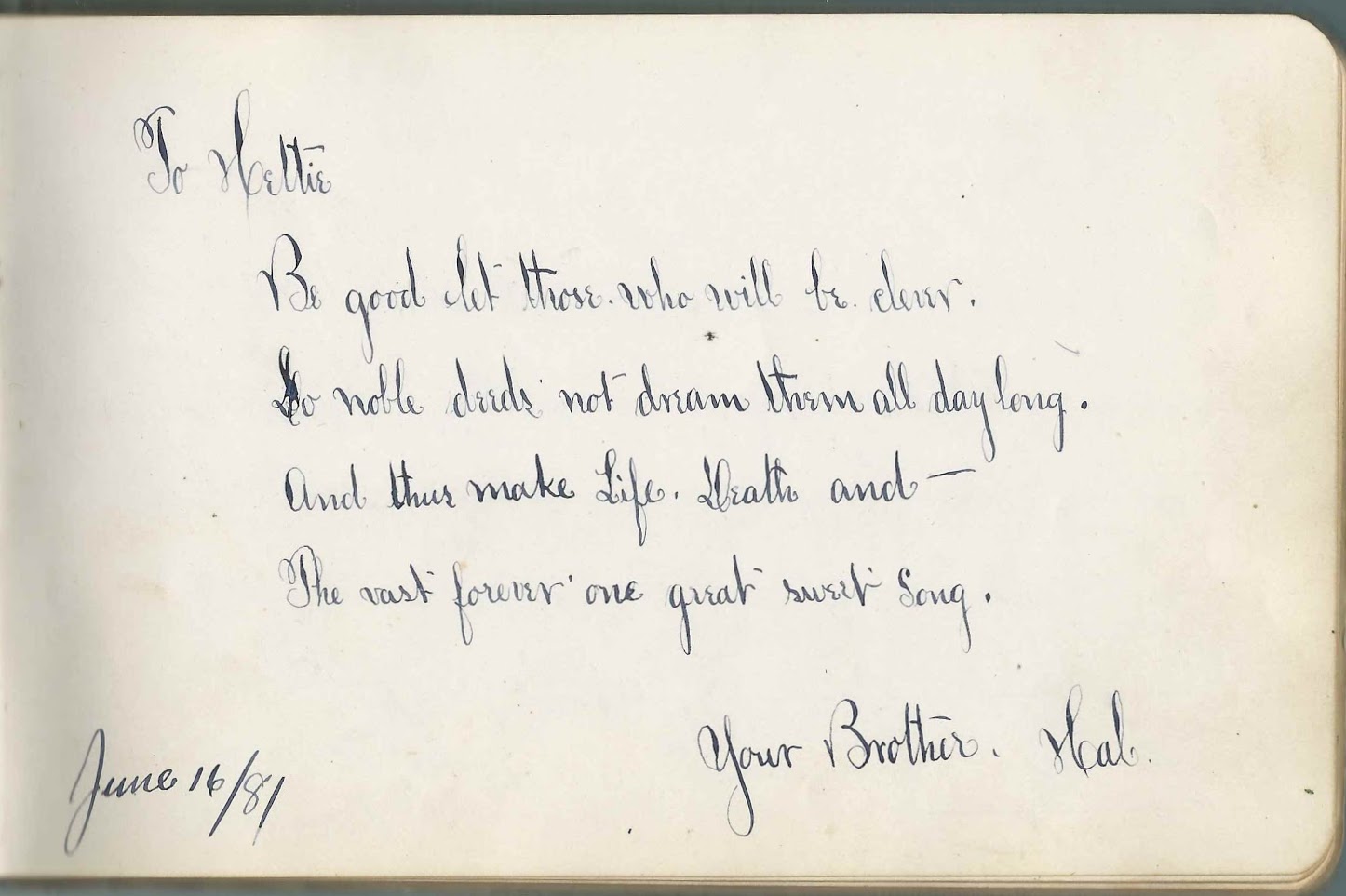 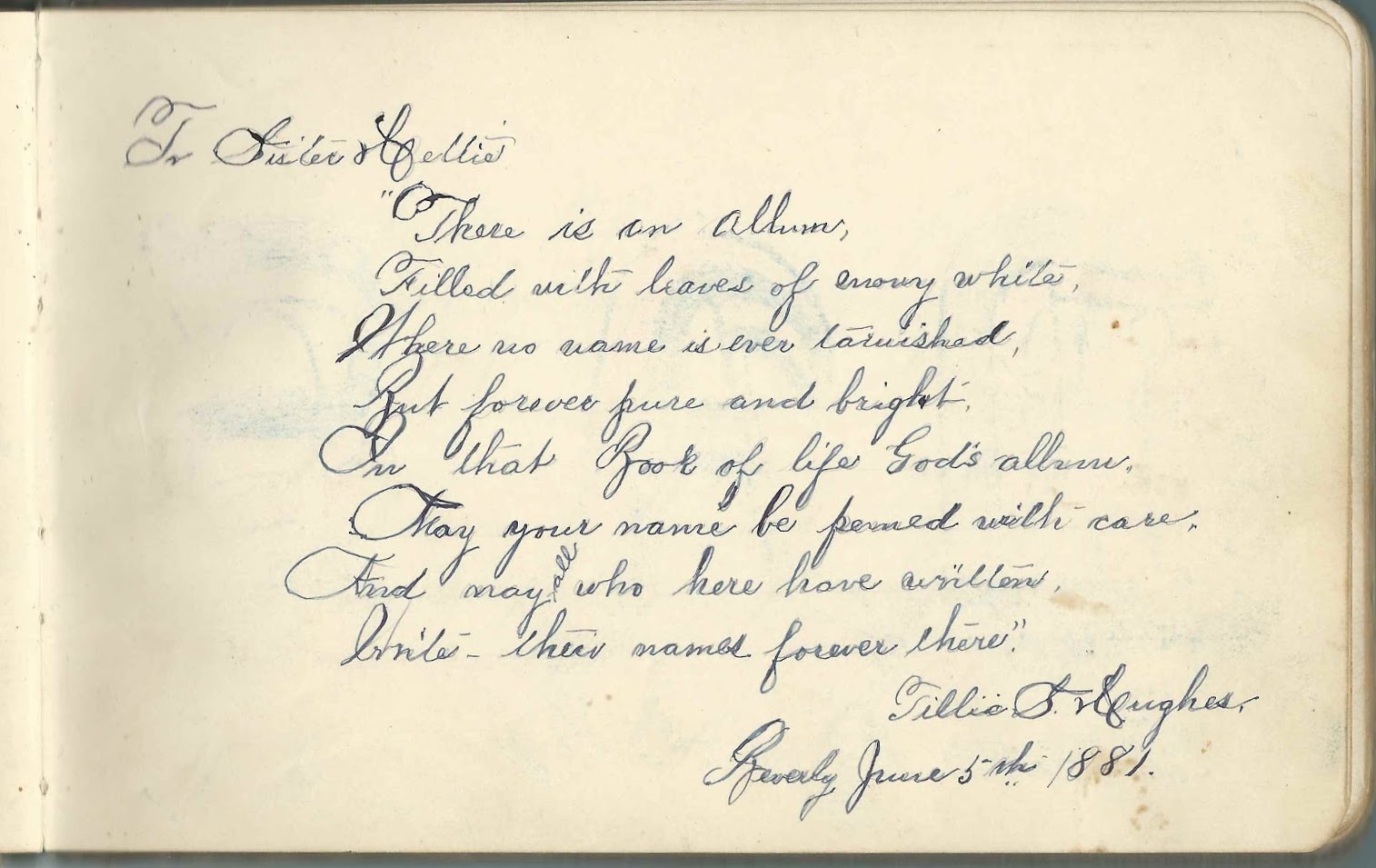 The Eunice who inscribed a page at Beverly, New Jersey, on June 17, 1881, was Hettie's younger sister Eunice Hughes. 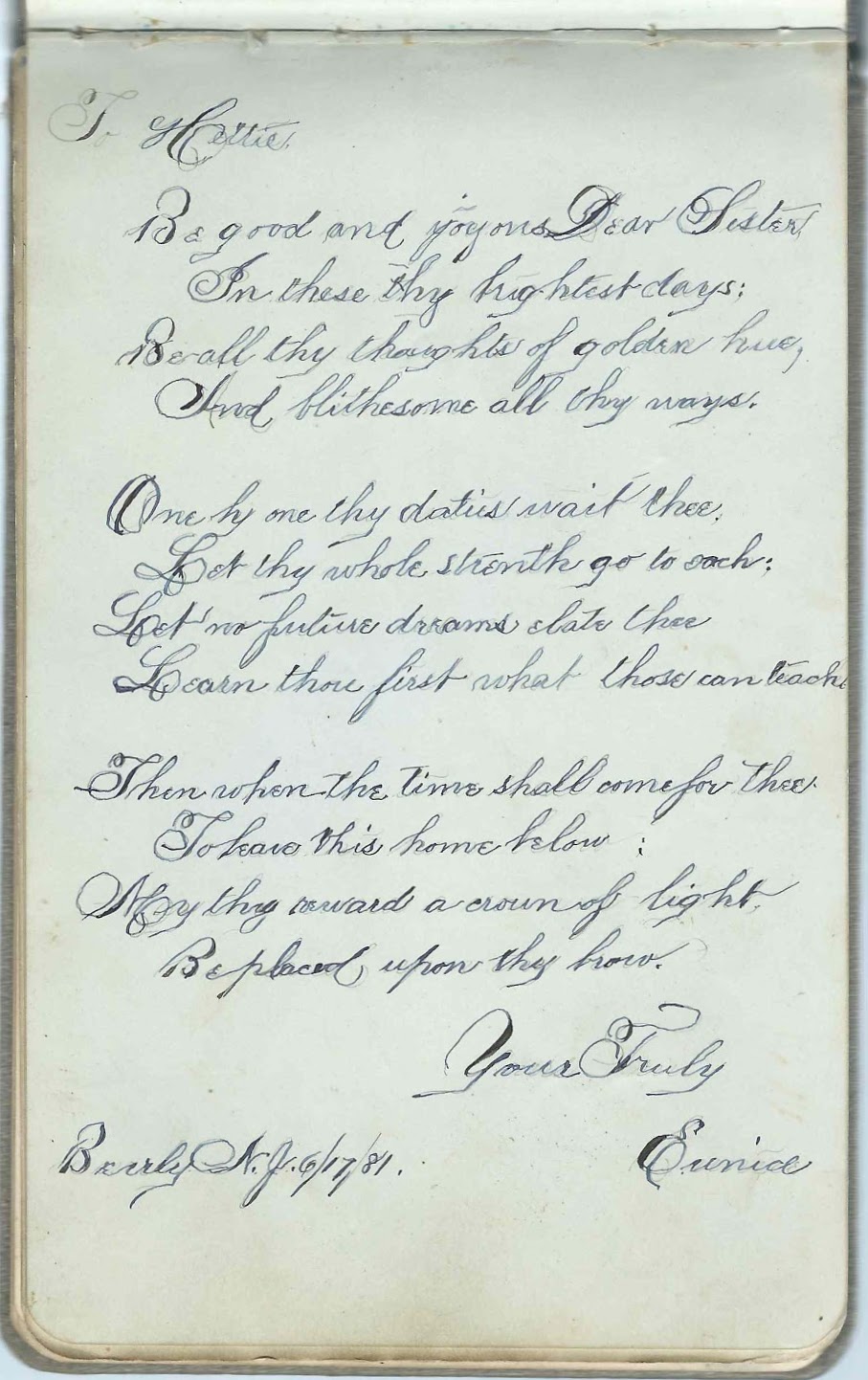 About 1890 Henrietta Matilda Hughes married John Hugh Jones, son of John and Cordelia Jones.  He was likely the J. H. Jones who inscribed a page upside down in Hettie's album and may have been the J. H. J. who inscribed the first page in the album. 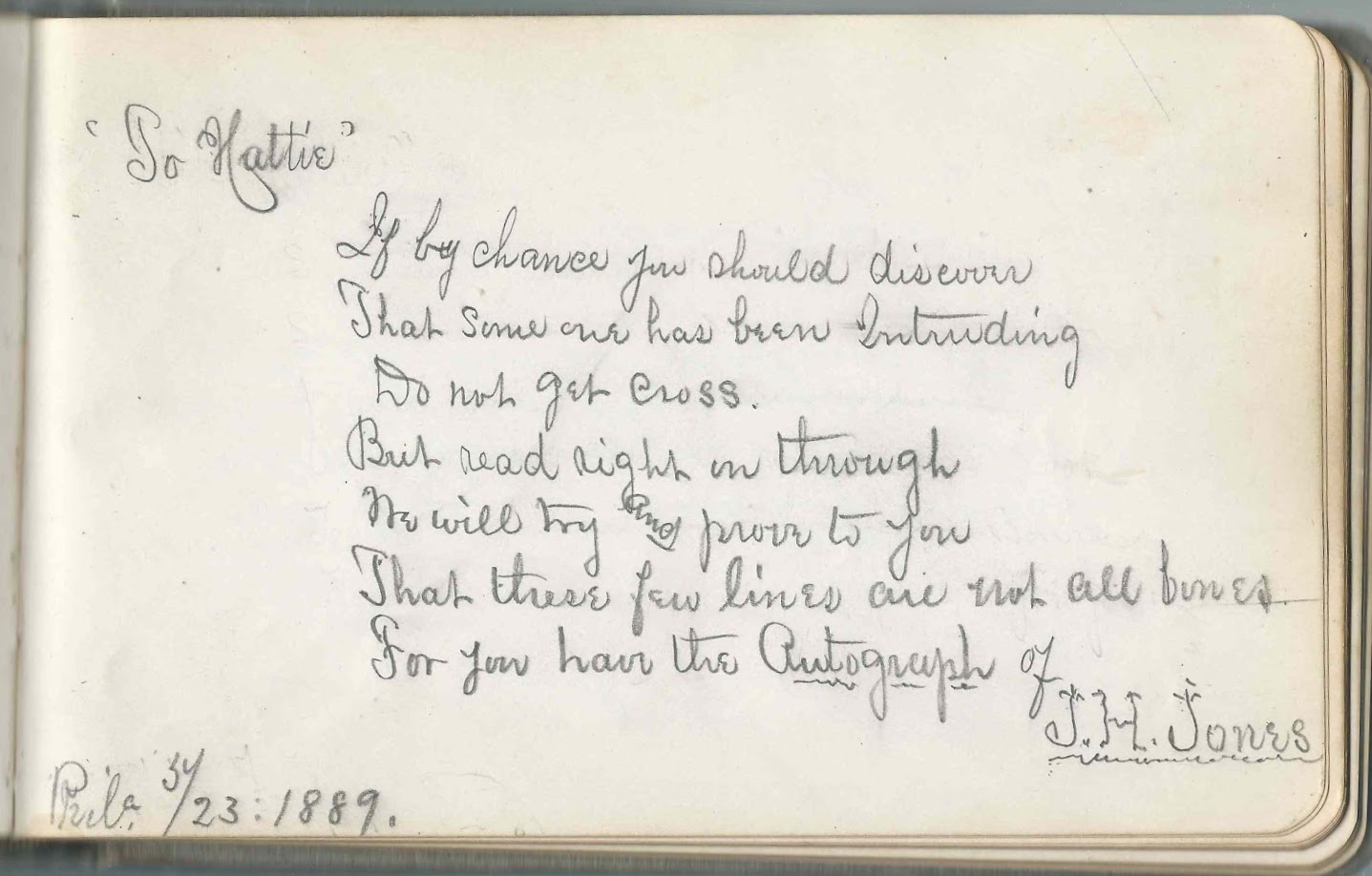 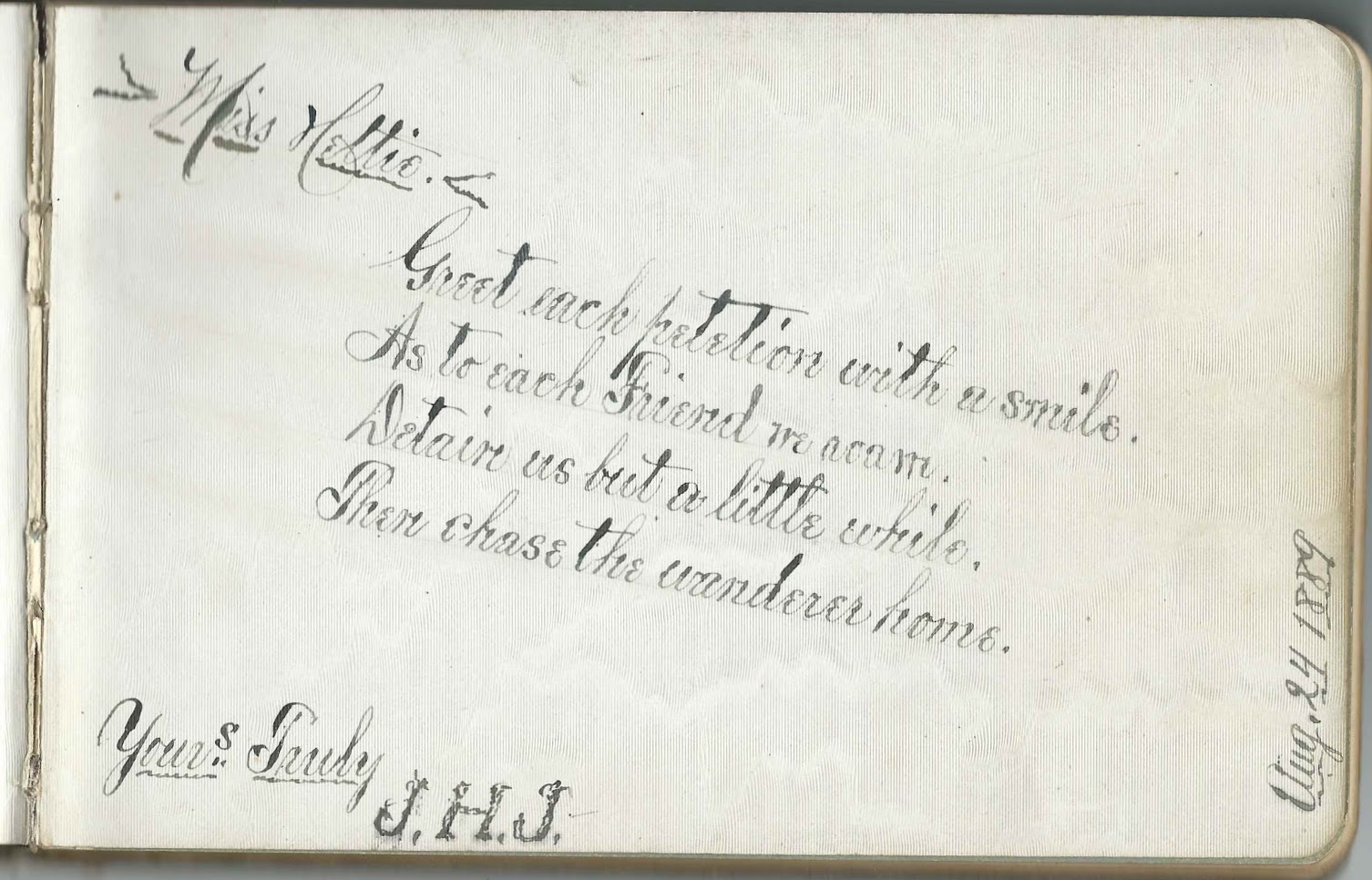 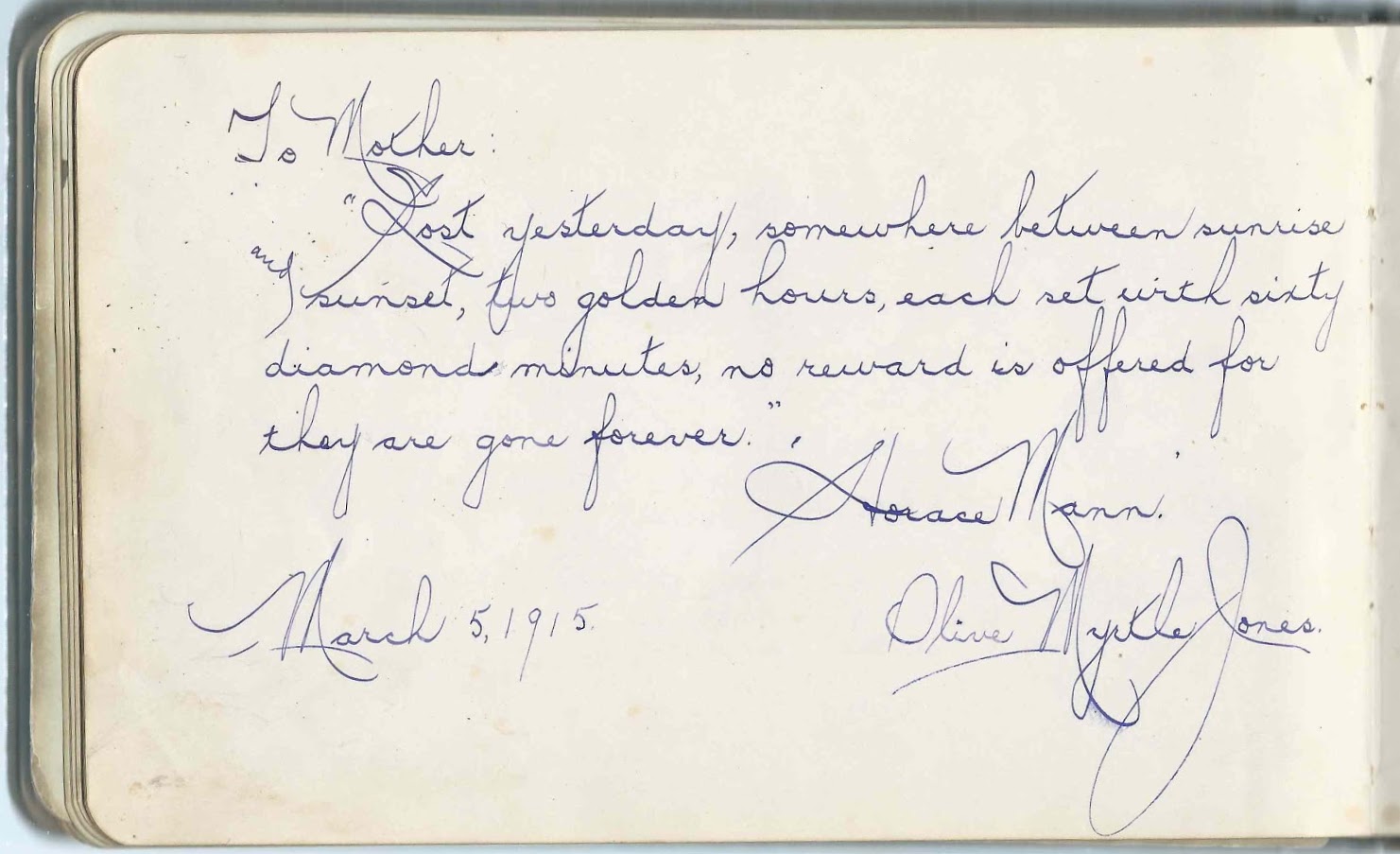 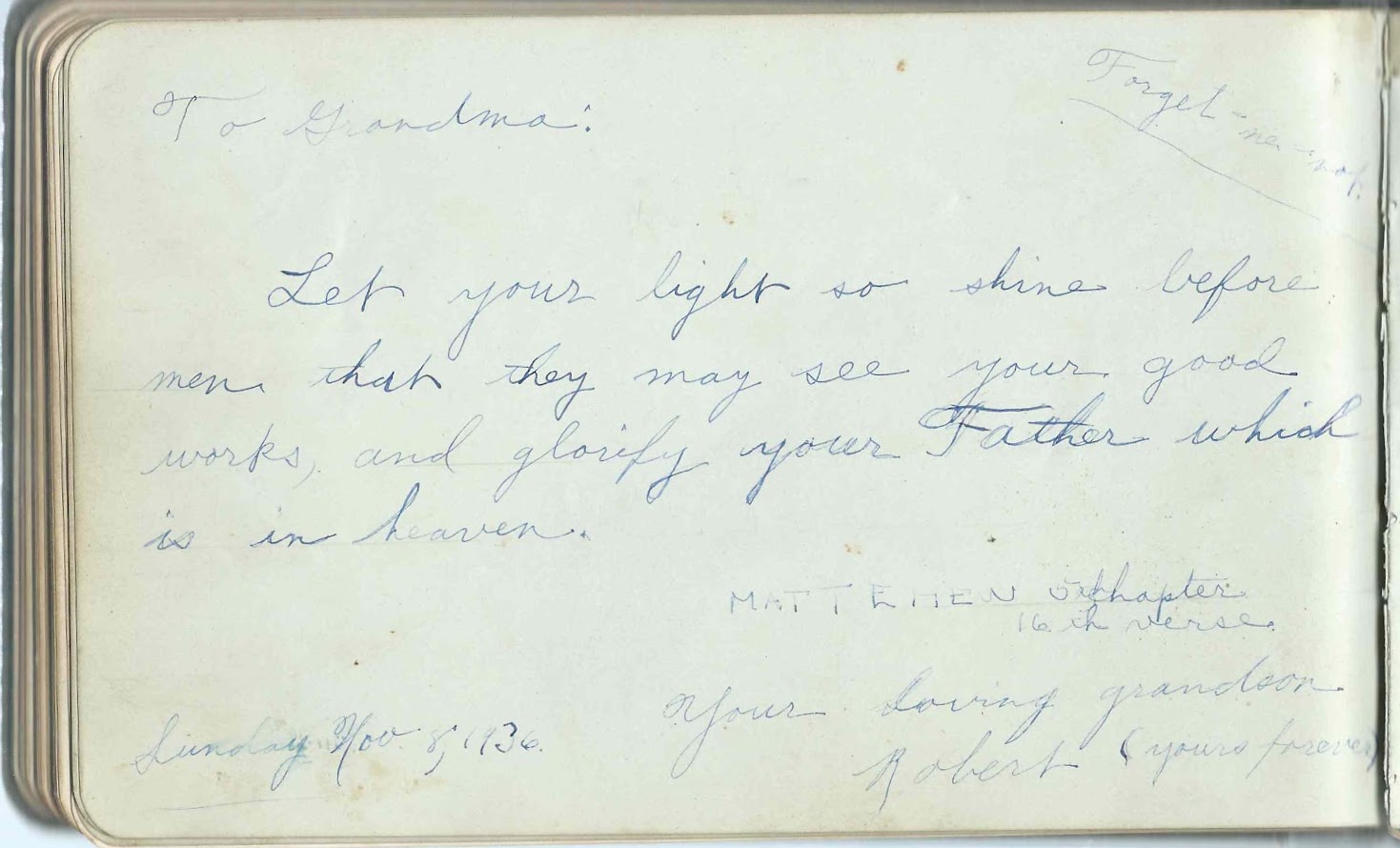 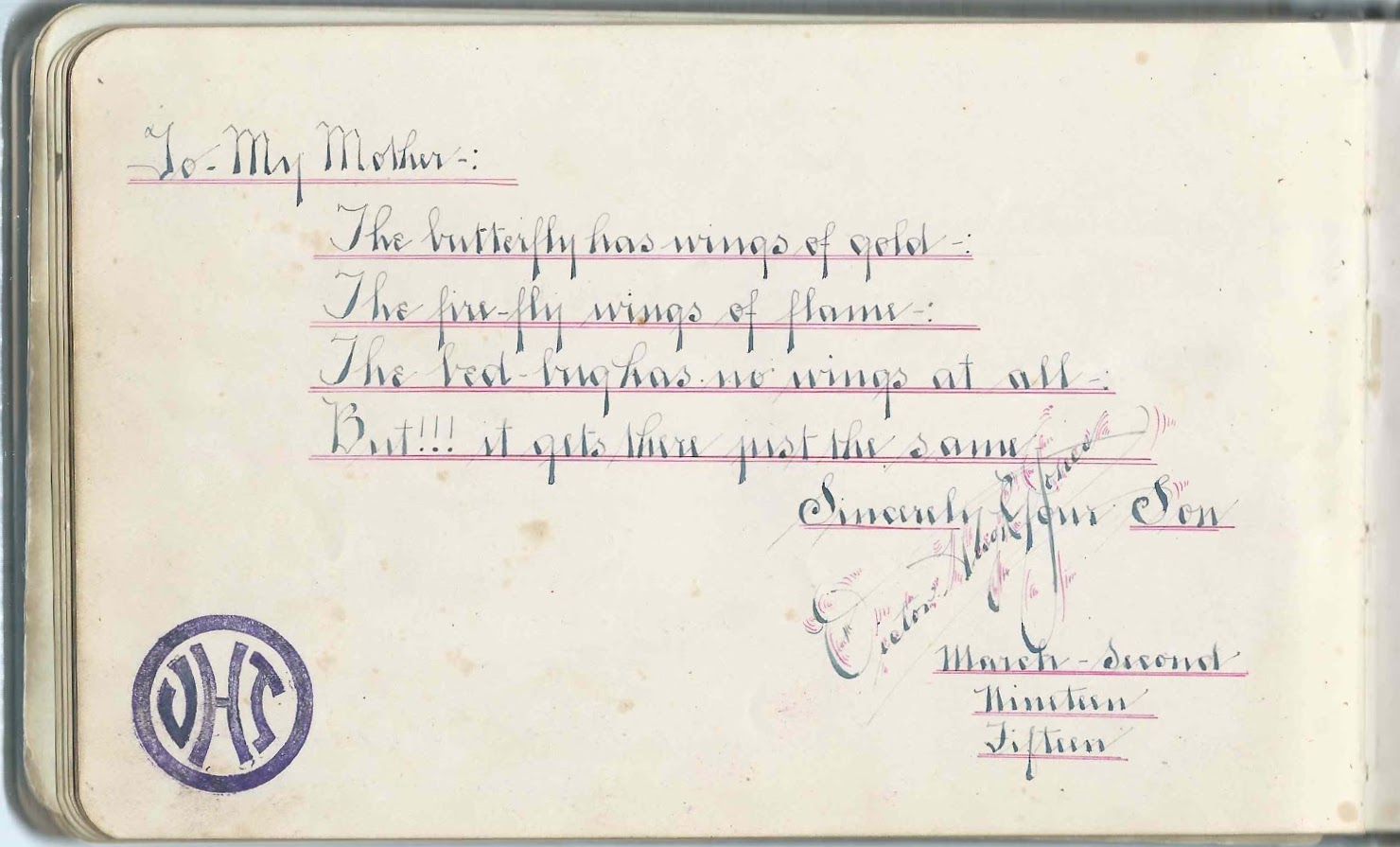 This page was inscribed by one of Hettie's children, but is not signed. 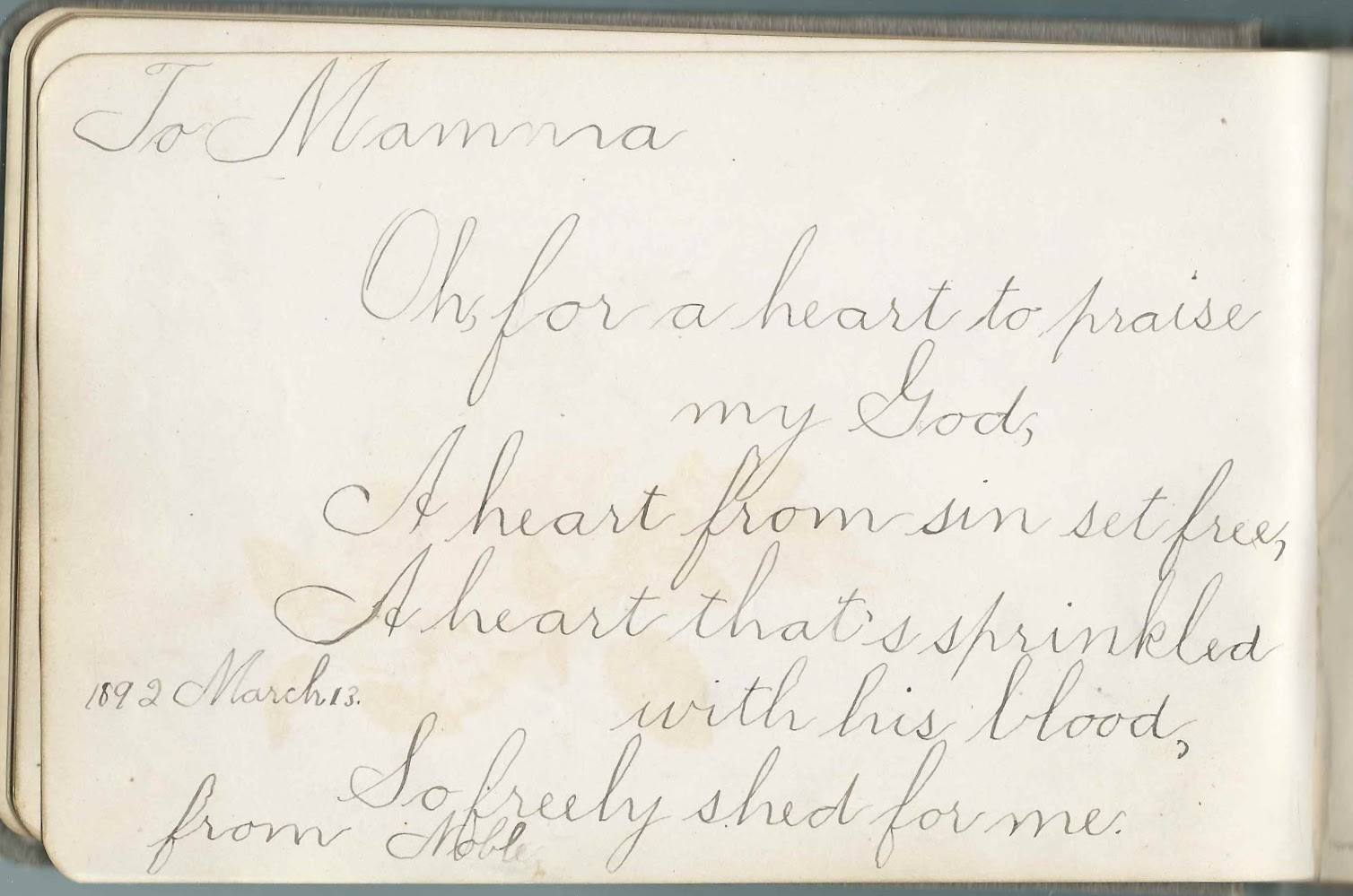