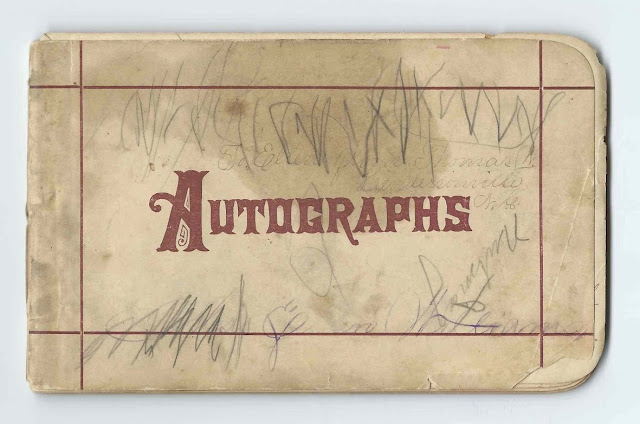 1886-1894+ autograph album that belonged to Ella Dorn Williams, "Ellen", of Hendersonville, North Carolina.  There are three later undated entries by her daughter Mabel Acker, who was born September 28, 1898 in Pickens County, South Carolina.

As you can see from the image above, the album was given to Ellen by a Thomas of Hendersonville, presumably her brother Thomas Clingman Williams.

Mabel wrote her name upside down on two pages and also was likely the author of a page listing her name and the name of Mrs. Waco Acker, who would have been Ellen, the album owner.

The album, which is missing covers and spine, measures approximately 6" x 3-3/4" and contains the sentiments of 24 of Ellen's relatives and friends.  An alphabetical surname list and an alphabetical list of the signers, together with any personal information they offered, appear at the end of this post.  One of Ellen's children or grandchildren, presumably, scribbled throughout the album. 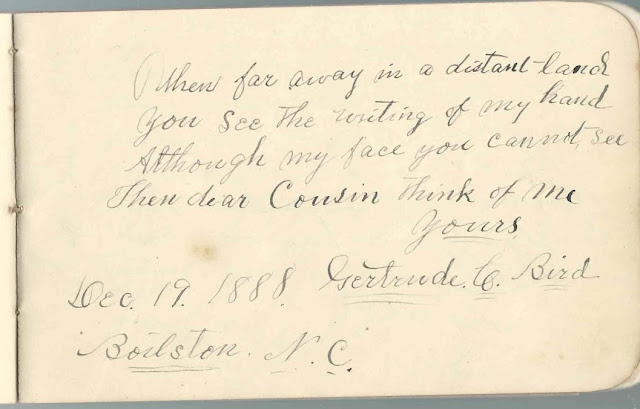 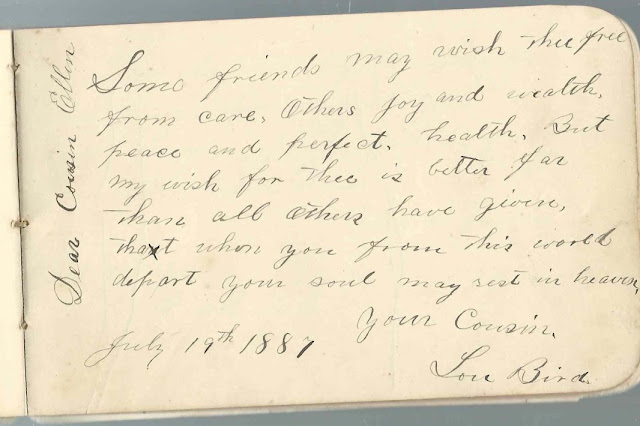 One signer had an unusual name, which he understandably abbreviated in most of the official records.  He was Volney Condorcet Voltaire Shepherd, who inscribed a page on April 3, 1889, and stamped his name on another page. 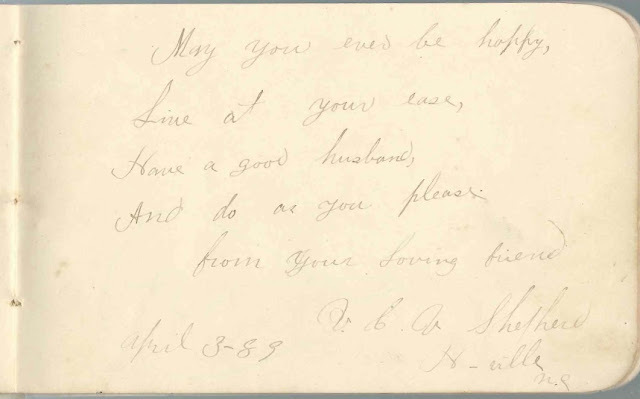 List of signers   [Note:  Given names within a specific surname may not be in alphabetical order.]