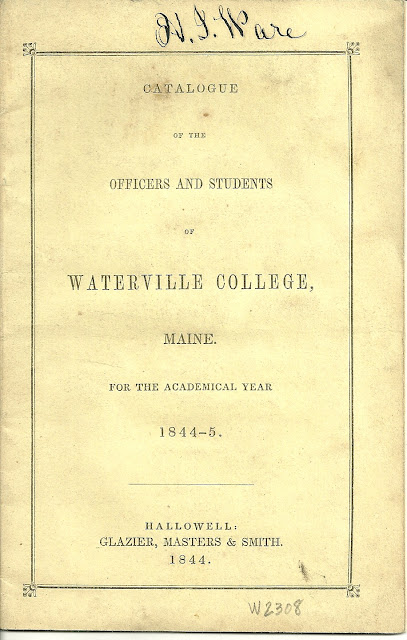 Catalogue of the Officers and Students of Waterville College, in Waterville, Maine, for the Academical Year 1844-5. Printed at Hallowell, Maine by Glazier, Masters & Smith in 1844.
Owner's name on front cover: H. J. Ware - Henry J. Ware 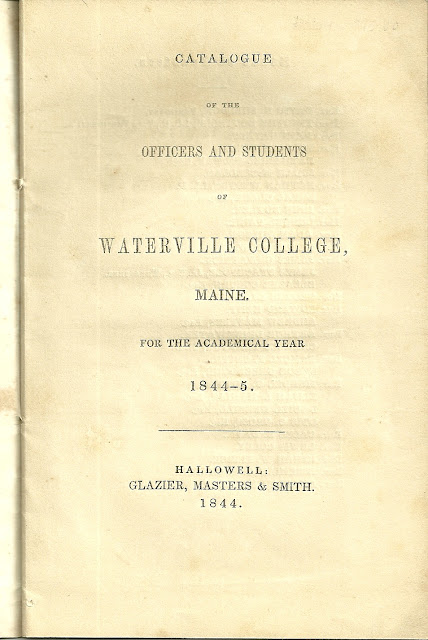 Waterville College was the second name of the college now known as Colby College.  It was founded in 1813 by Reverend Jeremiah Chaplin, a Baptist minister, as the Maine Literary and Theological Institution.  Shortly after Maine became a state, the school was renamed Waterville College.

During the Civil War, Waterville College, then an all-male institution, nearly closed, as many prospective students had gone off to war.  Maine native Gardner Colby, a businessman in Boston, stepped forward with a generous donation to tide things over, and the school was renamed in his honor.   Colby College began accepting female students in 1871.

Scans of all pages with text and a transcript of the names, below, after a short family history of the owner of the catalogue, sophomore Henry J. Ware of Athens, Maine, who made check marks throughout.  From online research, hopefully correct: 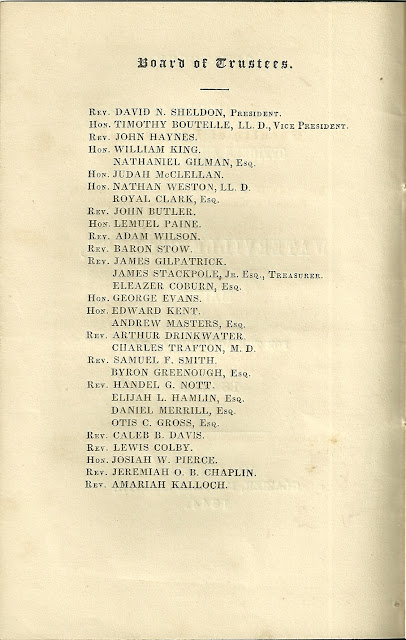 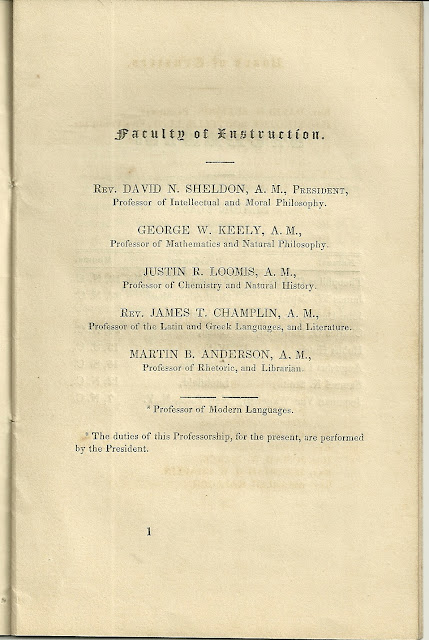 *The duties of this Professorship, for the present, are performed by the President 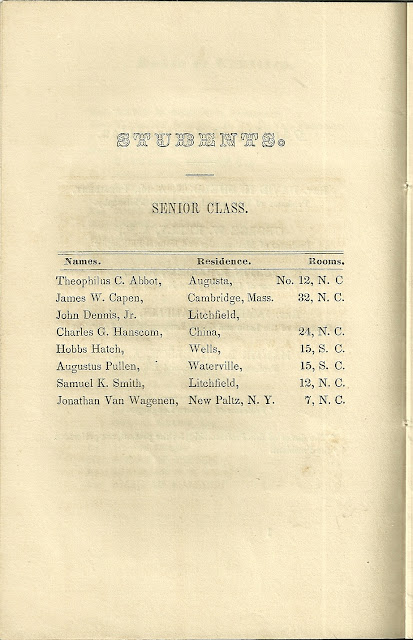 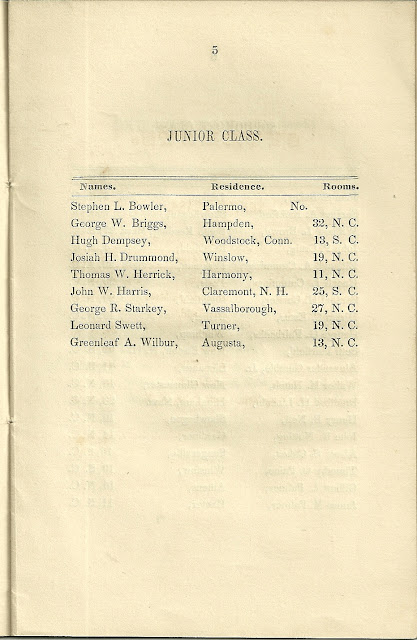 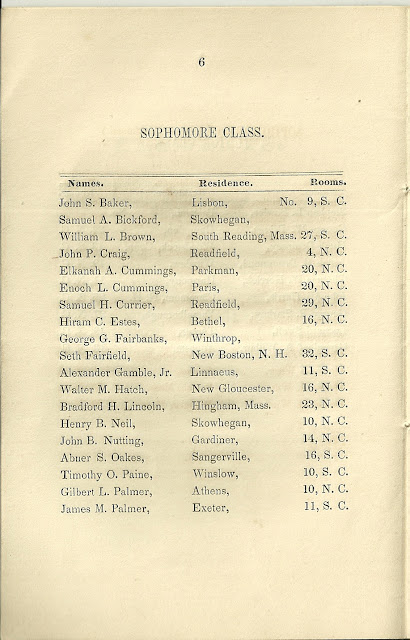 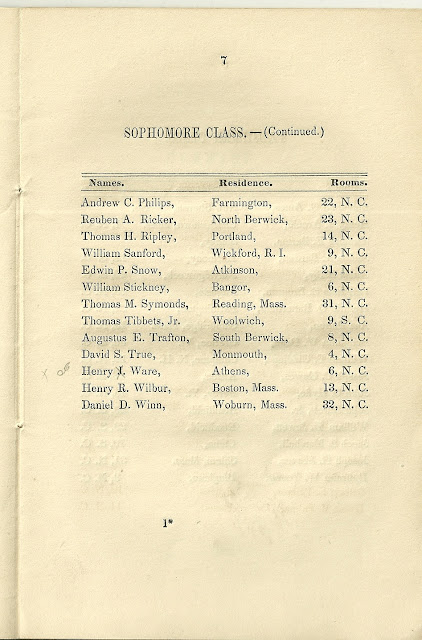 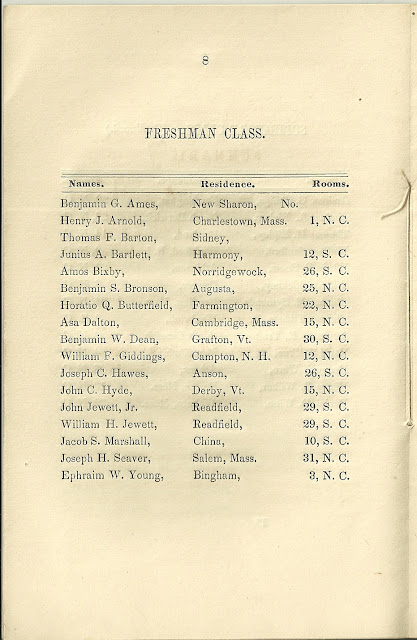 
The remaining pages don't mention any names but give an idea of the rigorous training students can expect.  Notice that Henry J. Ware made a few notations next to classes he apparently intended to take his junior year. 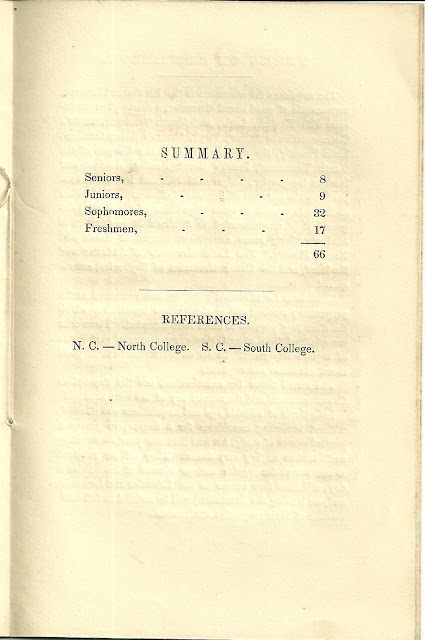 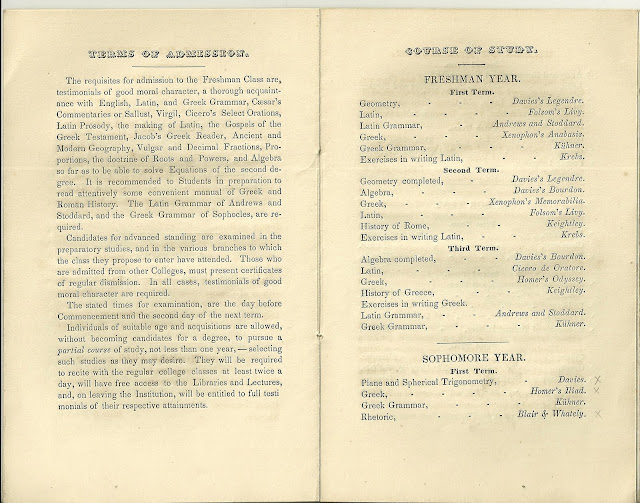 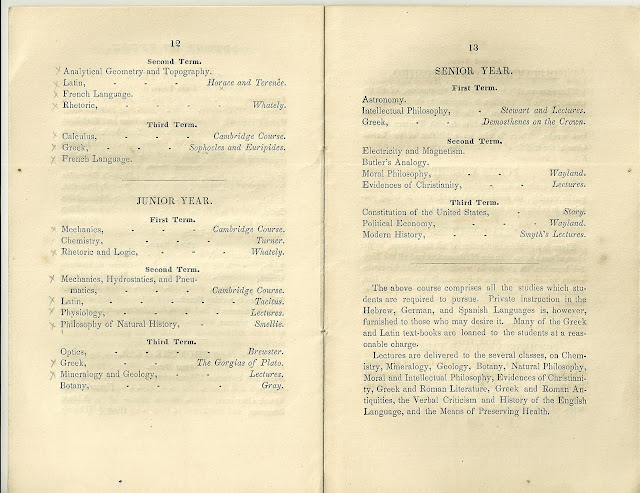 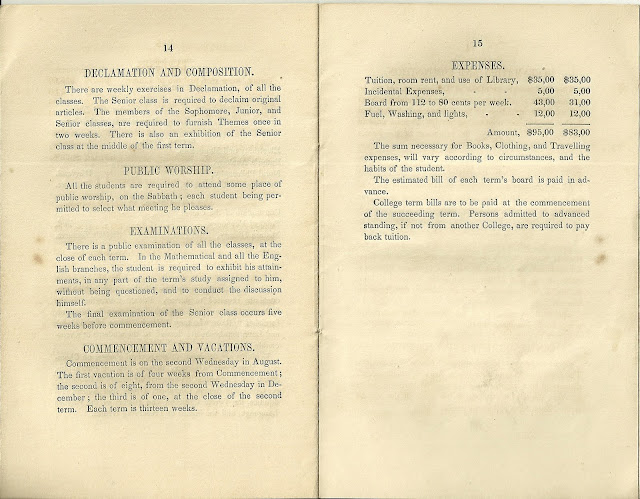 If you have information to share on any of the people mentioned above, please leave a comment for the benefit of other researchers.

Posted by Pam Beveridge at 2:38 PM