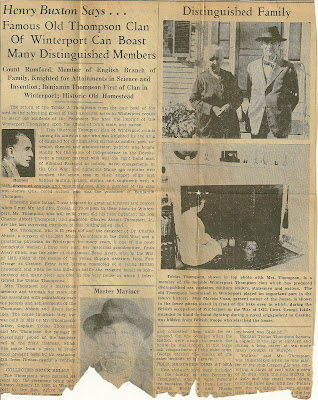 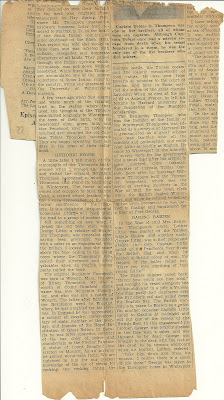 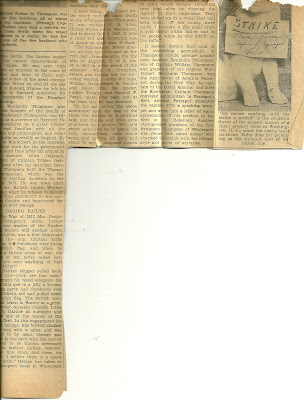 An envelope containing a late 1800s or early 1900s photo of the Thompson children at Norden Nebraska and some newspaper clippings about the Thompson and Abbott clans of Winterport, Maine.

The clipping above is entitled "Henry Buxton Says...Famous Old Thompson Clan of Winterport Can Boast Many Distinguished Members.  Count Rumford, Member of English Branch of Family, Knighted for Attainments in Science and Invention; Benjamin Thompson, First of Clan in Winterport; Historic Old Homestead."   It's definitely worth a read, if you have a few moments.  These Thompsons were involved in the Revolution, War of 1812 and Civil War.
Another clipping is shown some paragraphs below, entitled "Henry Buxton Says...Three Abbotts Were Physicians in Winterport.  Town's Health Guarded by Three Generations of Same Family".  This clipping is also fascinating, with descriptions of the life of a country doctor and service as physician with the 20th Maine in the Civil War.
Also shown below is a photograph of the Thompson children at Norden, Nebraska.
Below, front and back of the envelope. 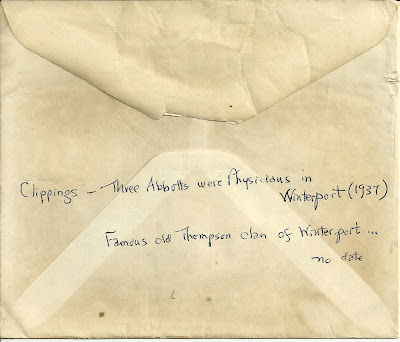 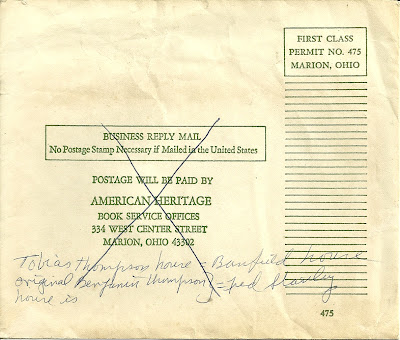 The clipping about the Abbott Family: 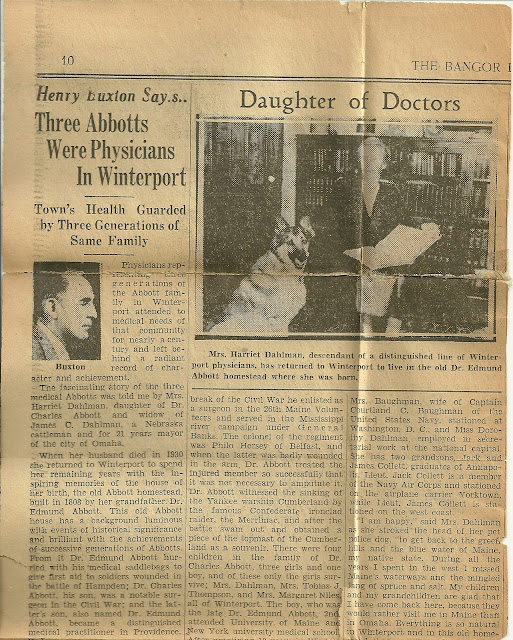 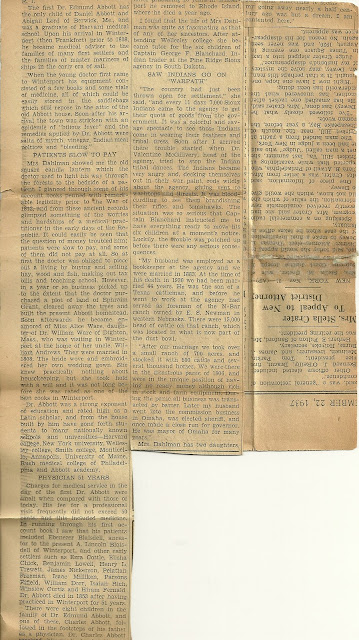 The last few lines in the image above are a bit clipped off.  Starting with the last line shown above, the end of the column reads "received his medical education at New York University.  At the out-.  Then read up to the top of the second column, so you'll see that out is the first syllable of "outbreak".
The photograph of the Thompson children: 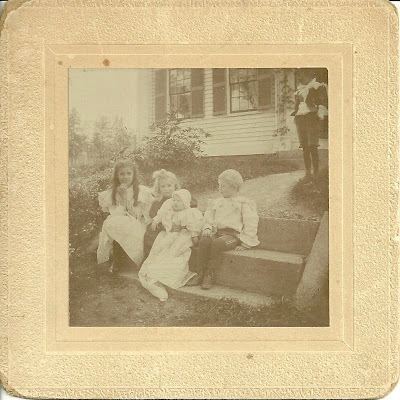 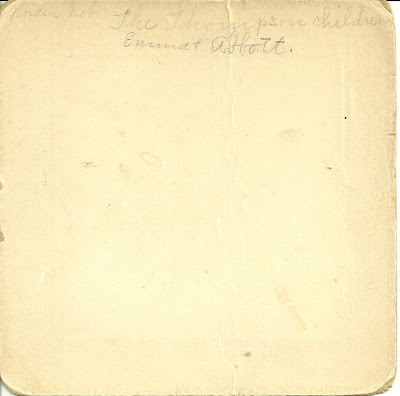 Abbott may refer to Charles Abbott Thompson, who was born 13 June 1892 in Rhode Island, the son of Tobias and Maria (Abbott) Thompson.
From online research, hopefully correct:
Tobias J. Thompson was born 5 April 1848 at Castine, Maine, the son of Tobias Thompson and Lydia Perkins Hatch.  His paternal grandparents were Benjamin Thompson and Olive Oakman.  His maternal grandparents were Mark and Lydia (Perkins) Hatch.
On 12 January 1873, at Winterport, Maine, he married Maria Abbott, who was born 9 July 1854 at Frankfort, Maine, the daughter of Charles and Harriet Newell (Chick) Abbott.  Her paternal grandparents were Edmond and Alice (Ware) Abbott.  Her maternal grandparents were Elisha and Ruth (Avery) Chick.
Tobias and Maria spent part of their marriage living in Hay Springs, Nebraska and Fairfax, South Dakota, where they encountered many hardships and adventures.   The dust storms of the 1920s, as the article indicates, made them think of home, and they returned to Winterport, Maine in 1929 to live in the Captain Tobias Thompson homestead.
If you have any corrections, additions or insights to add to the information presented above, please leave a comment or contact me directly.
A map of Winterport, Maine:
View Larger Map

Thanks for stopping by!
.
Posted by Pam Beveridge at 9:48 AM