Three Photographs Related to the Bowles and Reeves Families of Groton, South Dakota 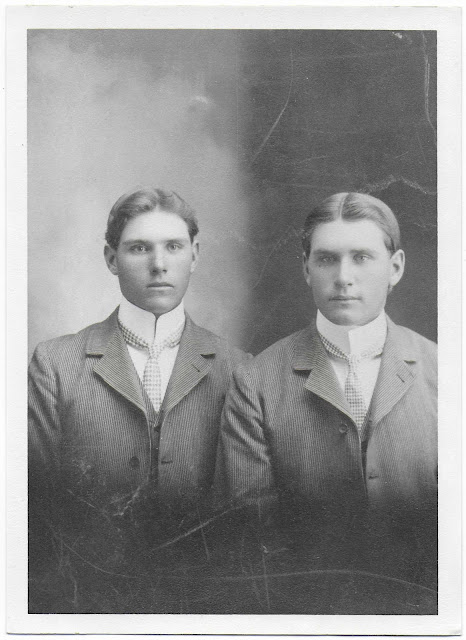 Three photographs of members of the Bowles and Reeves families of Henry Township, South Dakota, and Sparta, Wisconsin.

The families were apparently connected when Ethel Emma Reeves moved from Wisconsin to Groton, South Dakota, and married merchant Wesley Edward Bowles there. 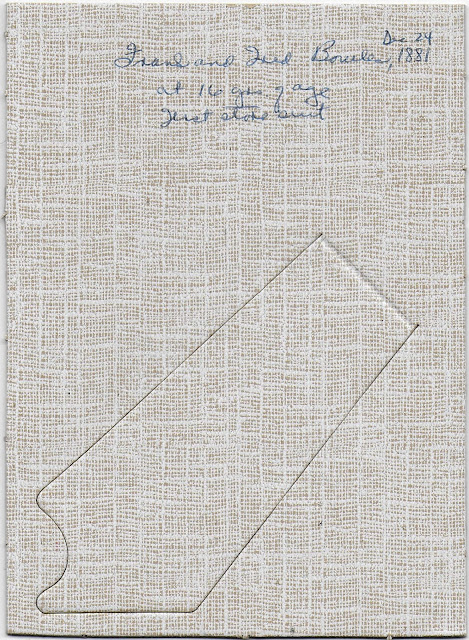 Frank and Fred were the sons of William Bowles and Mary Ann (Bredner ?) Bowles.  I found Mary Ann's maiden name in Fred's death certificate, but other records would be preferable.

A brief description of the William Bowles family appears in EARLY HISTORY OF BROWN COUNTY, A LITERATURE OF THE PEOPLE, BY TERRITORIAL PIONEERS AND DESCENDANTS. This states that William and Mary Ann were born in Scotland, married in Canada and lived in New York for a time before arriving with their horses and other possessions to Henry Township.  Frank and Fred are said to be the first set of twins born to the new homesteaders in the area.

The photograph below shows what appears to be another member of the Bowles family and may actually depict Frank Bowles or Fred Bowles, or Wesley Edward Bowles or another Bowles relative. This photograph was taken at the Hatton Sisters studio of Groton, South Dakota. 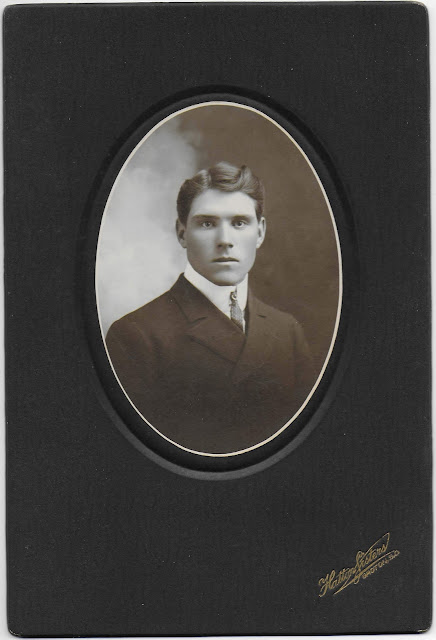 The third photograph shows James Reeves, his wife Emily Jane (Steele) Reeves and their daughters Edith Emma Reeves and Cora Mabel Reeves.  This photograph was apparently taken about 1887 as the parents would have a third daughter, Ella Mae Reeves, in 1888.  In 1880 the family was living in Sparta, Wisconsin. 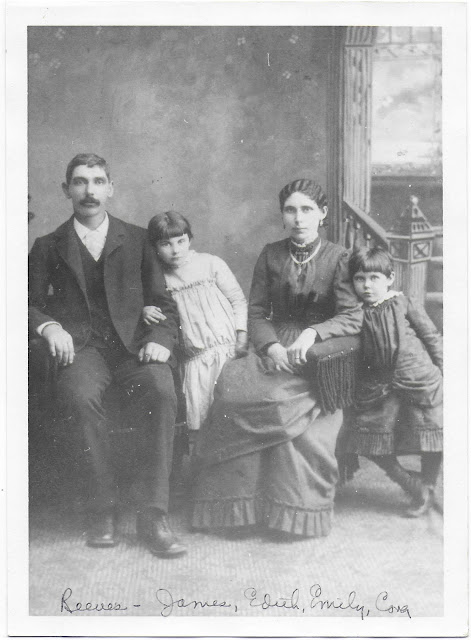 Edith Emma Reeves, who was born in 1877, moved to Groton, South Dakota about 1898 and was working there as a jeweler at the time of the 1900 Census.  She married merchant Wesley Edward Bowles, who may be the man pictured in the second photograph, about 1906.  Wesley gave his place of birth as Canada in numerous records; his World War I draft registration card shows that he was a U.S. citizen by virtue of his father's naturalization.

Hopefully a reader will provide details on how Wesley Edward Bowles ties in with the Bowles twins Frank and Fred. Was he perhaps an older brother or older half-brother, born while William was in Canada, or was he a cousin to the twins?