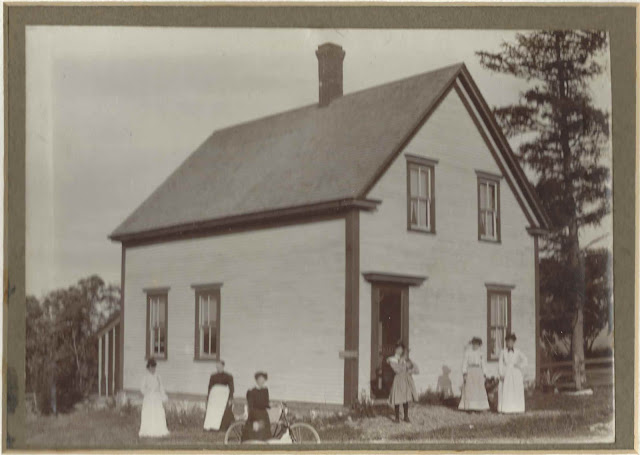 Two large, old photographs of what appear to be dwellings in Robbinston, Maine, one of them belonging to the Johnson family and another on Sherman Hill Road.

A paper scrap taped to the reverse of the photograph, at top, of the Johnson farm:

Lelia had a younger sister named Delilah, but there's no one younger than the girl in the doorway.  Either the woman at right is an aunt Delilah or other relative or the person making the identifications got the sisters mixed up. 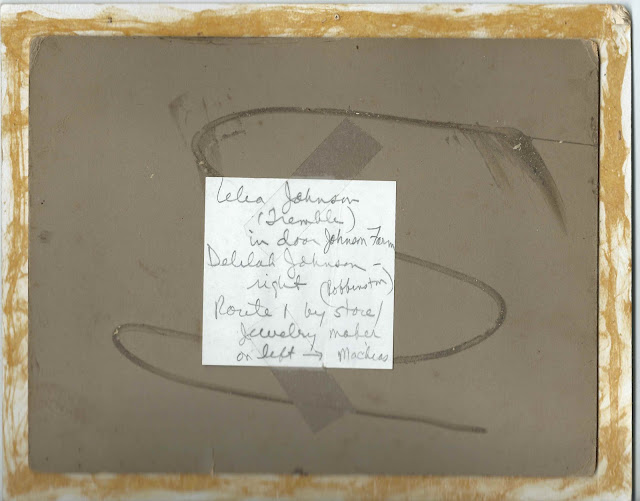 The second photograph may be older than the first one shown.  From the paper scrap taped to the reverse: "house on Sherman Hill Rd 3/4 way on right (recently burned) (8/02). 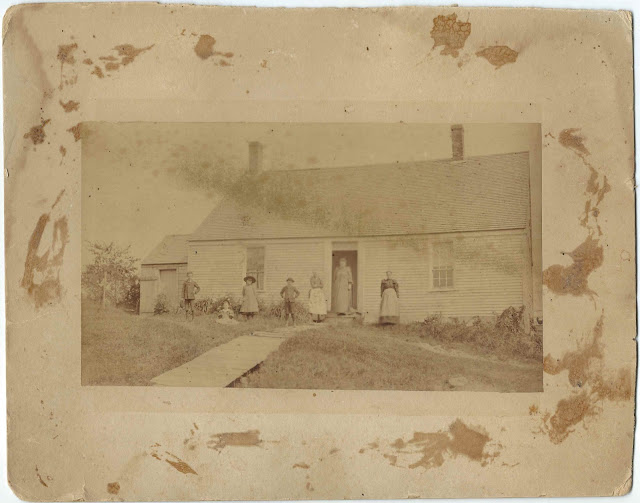 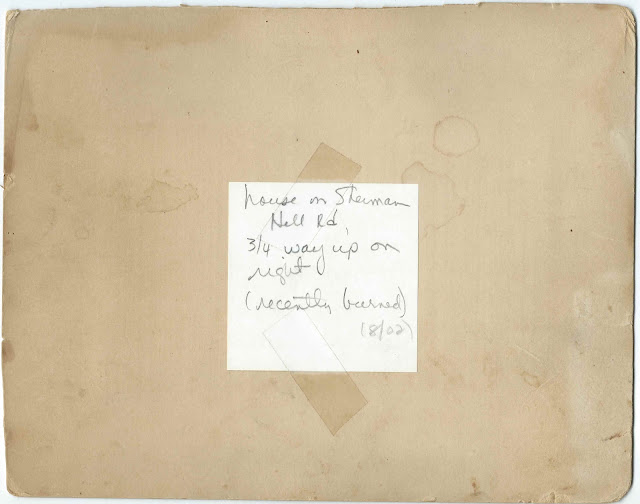 Lelia's younger sister  Delilah Margaret Johnson [shown as Deliah on her birth record] was born at Robbinston, Maine, on 29 November 1906.

If you have information to share on the Johnson and Trimble families or who lived at the dwelling on Sherman Hill Road, please leave a comment or contact me directly.

The map below shows Robbinston, which is located on Route 1, and its Sherman Hill Road.