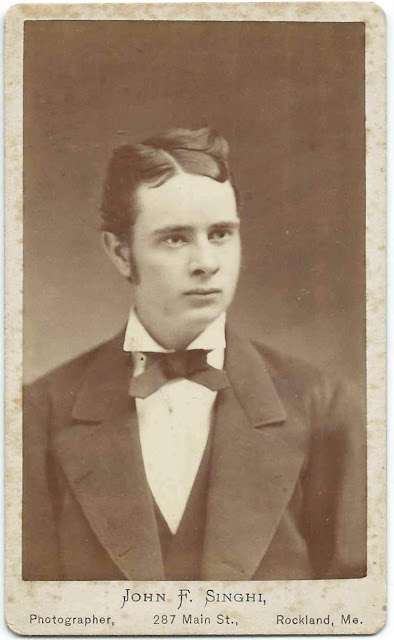 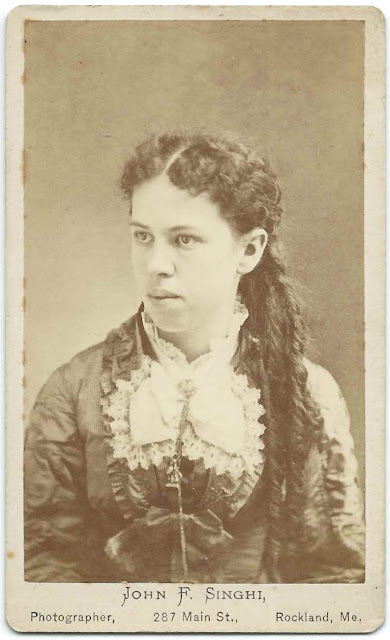 John Thomas Lothrop was born at Rockland, Maine, on 16 October 1855, the son of John H. Lothrop and Ursilla (Davis) Lothrop, according to a "Copy of an Old Record of a Birth", with added information from John Thomas Lothrop's daughter Grace May (Lothrop) Winslow Rollins.

Cora E. Thompson was born about 1855 at Rockland, Maine, daughter of William Thompson and Zilpha (Pease) Thompson, as shown on Cora's death record.

John and Cora were married at Rockland, Maine, on 15 June 1876.  They had several children, at least one of whom died in infancy.  Cora died in 1901.  John was mentioned in a City Directory as late as 1935, assuming the correct John T. Lothrop. 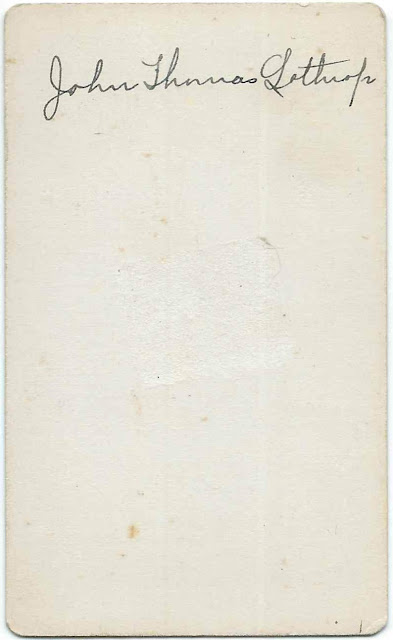 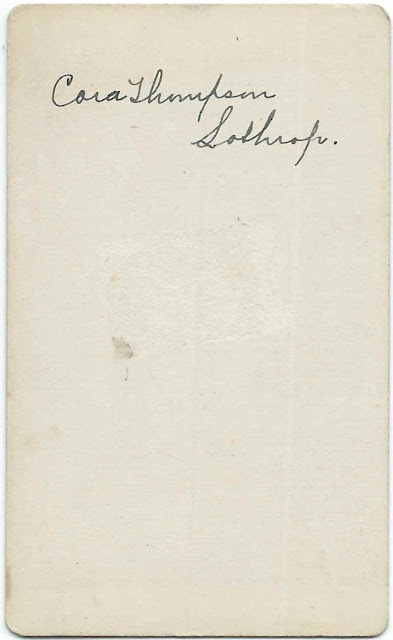 Posted by Pam Beveridge at 5:54 AM