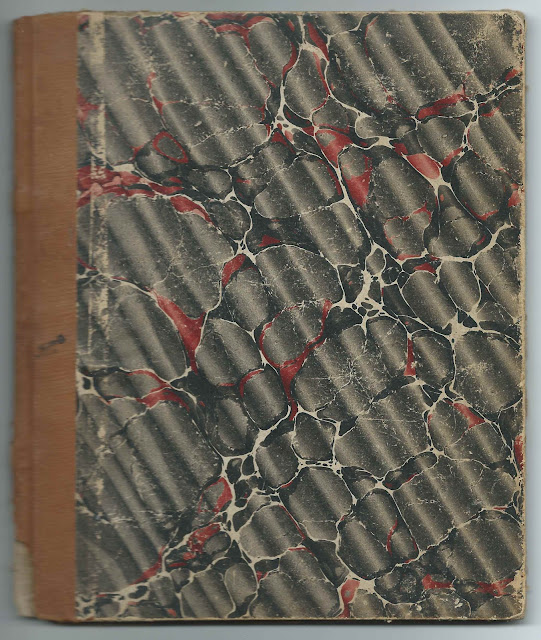 1879/1883 Trustees book of Crescent Lodge #25 at North Lovell, Maine, with several letters and other documents tucked inside. 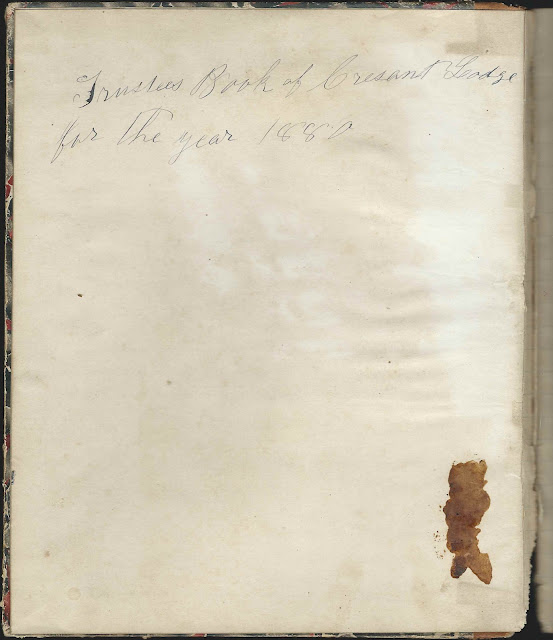 The book measures approximately 8-1/4" by 7" and contains two sheets with handwriting inside and several sheets that were torn out but are tucked inside. 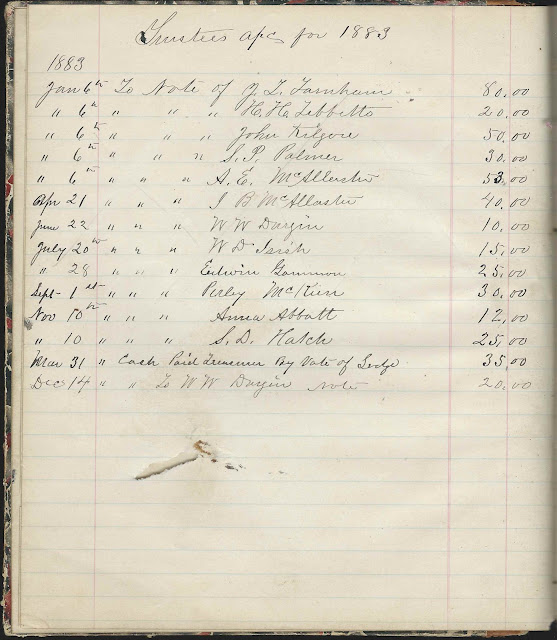 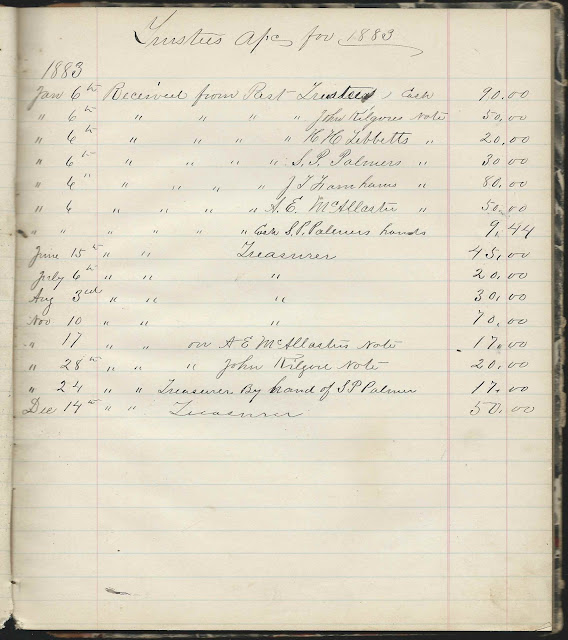 Names, in alphabetical order, on the two pages shown above and on the enclosed pages.  Most names appear multiple times.  Some initials were hard to read and may have been transcribed inaccurately.  If you have knowledge of any of these people, please clarify.  Note that some surnames may have been recorded in a variant manner.

Note:  The surname McAllaster is also shown in records as McAllister 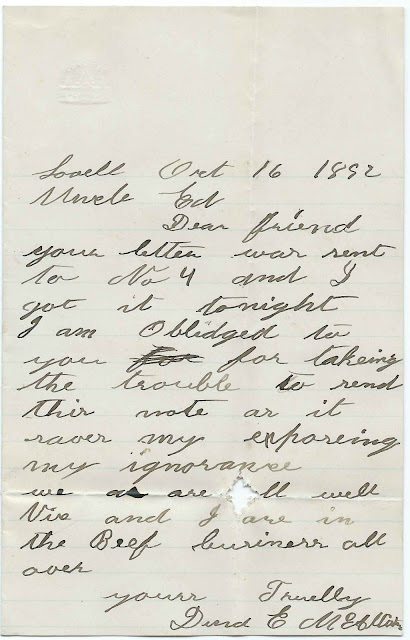 Other items tucked in the book:

The letters from Cyrus Kneeland (1820-1894), a noted citizen and state representative from Albany, Maine, reflect the uncertainty at the time of the future of the Odd Fellows' Murual Relief Association of Maine and the prudence of continuing to pay installments. 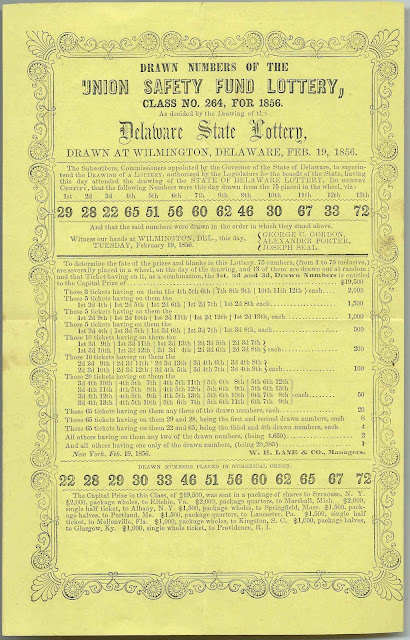 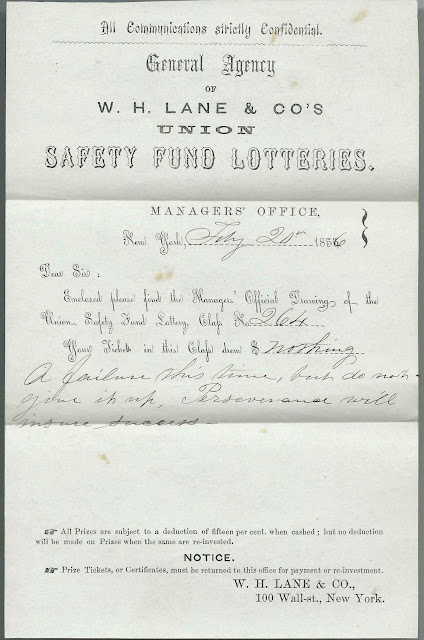 Receipt signed by W. C. Brooks acknowledging the payment of $3 by Edgar McAllister

If you have information on Crescent Lodge No. 25 in North Lovell or any of the people mentioned above, or corrections regarding the genealogical facts presented, please leave a comment or contact me directly.

Posted by Pam Beveridge at 5:30 AM