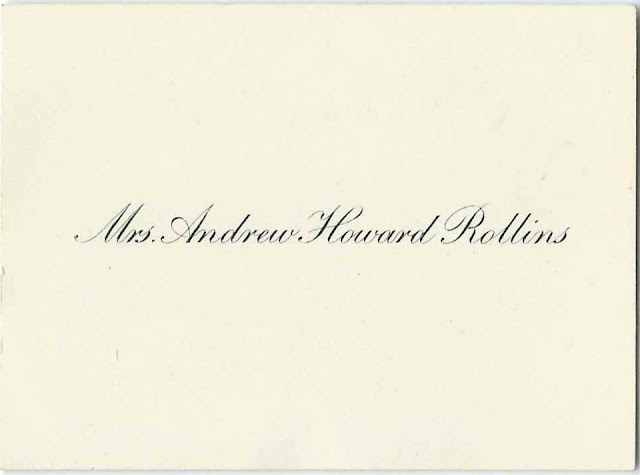 Calling card of Mrs. Andrew Howard Rollins; nothing on reverse.

It's possible that the calling card belonged to either of Andrew's wives, but I'm leaning toward first wife Victorine.